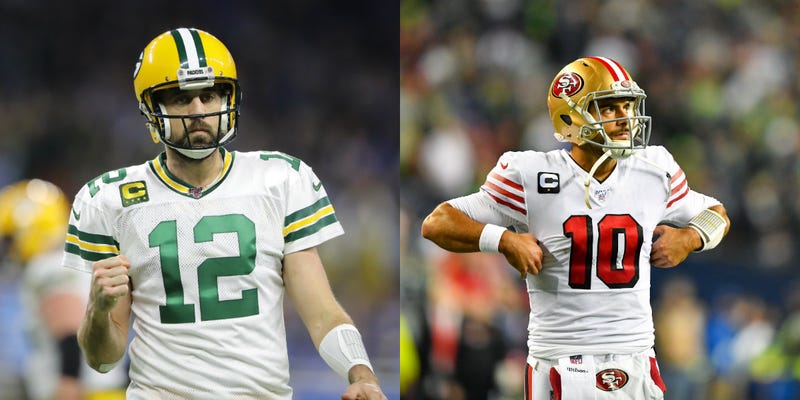 It will be hard to top arguably the greatest Wild Card Weekend in NFL postseason history, but January football has a way one one-upping itself.

The Tennessee Titans, fresh off of defeating Tom Brady and the New England Patriots, will travel to Baltimore to face NFL MVP favorite Lamar Jackson and the No. 1 seeded Ravens.

Meanwhile, the NFL's reigning MVP, Patrick Mahomes, led the Kansas City Chiefs to a first-round bye. The Chiefs will host Deshaun Watson - who is developing a reputation as the best fourth-quarter quarterback in the NFL - and the Houston Texans. The Texans overcame a 16-0 deficit on Wild Card Weekend to beat the Buffalo Bills in overtime.

Sunday, RADIO.COM's John Healy took an early look at the AFC playoff picture. With the NFC's slate now set, here are some early thoughts on the NFC Divisional Round: 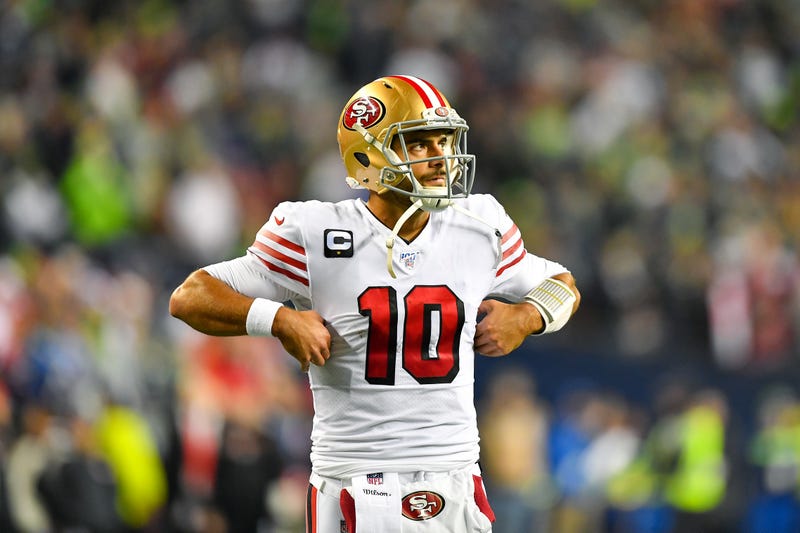 Jimmy Garoppolo and the 49ers are the favorites to win the NFC Championship. Photo credit (Alika Jenner/Getty Images)

Things won't get easier for Kirk Cousins and the Minnesota Vikings after they defeated the New Orleans Saints in overtime in a Wild Card Round thriller. They'll head to Santa Clara, where the 49ers were 6-2 in the regular season.

It goes without saying, but the Vikings will need to lean heavily on running back Dalvin Cook, who ran for 94 yards and two touchdowns in the team's win over the Saints. In games where Cook has rushed for 90 or more yards in 2019, the Vikings are 7-1.

Cook, Kirk Cousins and the Vikings' offense will have their work cut out against a stout 49ers' defense, a unit that finished the season as the No. 2 overall unit in the sport. It's true that Robert Saleh's defense looked mortal in the final month of the season - they gave up 30 points per game in December - but ESPN's Adam Schefter says that they expect star linebacker Kwon Alexander to return from a torn pectoral that has sidelined him since October.

While the Vikings will lean offensively on Cook, the 49ers rode Kyle Shanahan's zone blocking scheme to a 13-3 record and the top overall seed in the NFC. The three-headed monster of Raheem Mostert, Matt Breida and Tevin Coleman combined for nearly 2,000 rushing yards during the regular season, with the 49ers finishing the season with the No. 2 overall rushing attack in the NFL.

Who wins and advances to the NFC Championship Game may come down to which quarterback performs at a higher level.

Cousins wasn't overly impressive in the Vikings' win over the Saints, but he exercised some demons when the team got the ball first in overtime, hooking up with wideout Adam Thielen for a 43-yard completion that set up the game-winning touchdown pass to tight end Kyle Rudolph.

Meanwhile, Garoppolo, who won two Super Bowls as Tom Brady's understudy in New England, will be making his first playoff start. He racked up 349 yards and four touchdown passes in what felt like a playoff game in New Orleans in Week 14. The 49ers ultimately edged out Drew Brees and the Saints, 48-46, in a shootout that helped them to secure a first-round bye and home-field advantage throughout the NFC playoffs. 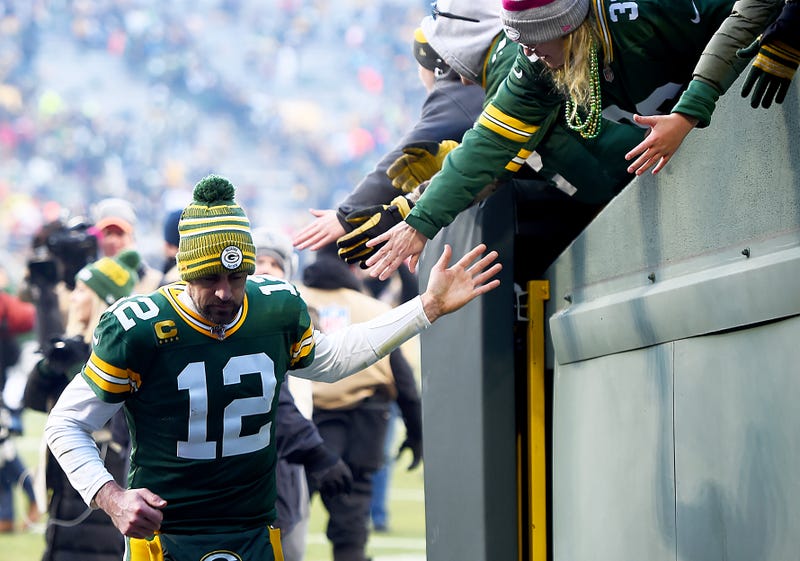 Aaron Rodgers and the Packers will host the Seahawks on Sunday. Photo credit (Stacy Revere/Getty Images)

The last time we saw the Green Bay Packers, Aaron Rodgers had one of the poorer games of his illustrious career, as the Packers struggled to defeat the Detroit Lions and clinch the No. 2 seed in the NFC playoffs.

A win - especially in the playoffs - is a win. But for as much credit as the Seahawks deserve for traveling across to the country to defeat the Philadelphia Eagles on Wild Card Weekend, it wasn't an inspiring victory. The Seahawks won 17-9 over an Eagles team that was led for a majority of the game by a 40-year-old Josh McCown, after a head injury knocked Carson Wentz out of the game. Given that Russell Wilson led the team with 45 rushing yards, little was done to alleviate concerns that the NFL MVP candidate doesn't have enough talent around him for the Seahawks to make a deep playoff run.

It's hard to know, then, what to expect when the Packers welcome the Seahawks to Lambeau Field on Sunday with a trip to the NFC Championship Game on the line.

Like the 49ers and Vikings, the Packers and Seahawks didn't play during the 2019 regular season. Rodgers and Wilson went blow-for-blow in an iconic NFC Championship Game in January of 2015. That game, of course, means very little to what will happen in January of 2020, as both rosters are drastically different. The Packers are now coached by Matt LaFleur. Wilson has ascended to a status where he's arguably the best quarterback in the NFL. Rodgers, who held that distinction for much of the 2010s, is 36 and looked pedestrian for stretches of the 2019 season.

The Packers do appear to be the more talented team, with Rodgers working with perhaps the most talented supporting cast that he's had since the Packers won Super Bowl XLV in February of 2011. Given the tremendous home-field advantage the Lambeau Field presents in the dead of winter, the Packers will likely be favored to win the game.

There is, though, a feeling that Wilson may be on the cusp of becoming the face of the NFC, if he isn't already. Drew Brees, 40, and the New Orleans Saints were eliminated from the postseason by the Minnesota Vikings. Wilson now has a chance to send Rodgers and the Packers home as well, which would mark one of the most impressive wins a career that increasingly appears destined for Canton.