Whether you like it or not, the NFL Draft will be held from April 23-25.

That's essentially what NFL commissioner Roger Goodell said is a memo to teams obtained by ESPN's Adam Schefter. In fact, Goodell went as far as saying that "public discussion of issues relating to the Draft serves no useful purpose and is grounds for disciplinary action." So, that settles that.

As the NFL rolls on, so do we. Here is our latest RADIO.COM Sports 2020 NFL Mock Draft. 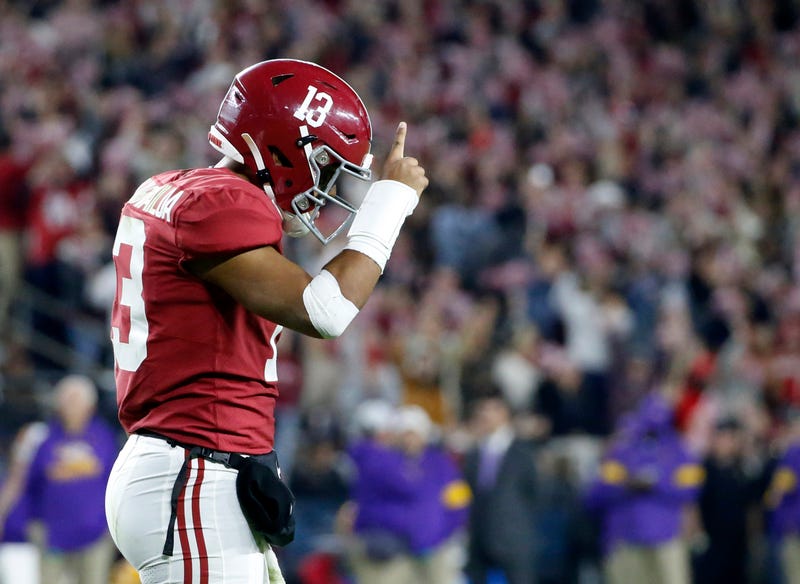 Tua Tagovailoa is one of the top prospects in this class. Photo credit (Butch Dill/USA Today)

If you read between the lines, there are indications that the Chargers won't ultimately make a serious push for former NFL MVP Cam Newton. If that's the case, they'll proceed with Tyrod Taylor as their starter at least to open the 2020 season. That said, this is still an organization that's desperate for star power and juice as they move into SoFi Stadium. There's a very real chance they could stay at No. 6 and land Justin Herbert, but in this mock they go all-in, move up ahead of the Dolphins and land former Alabama star Tua Tagovailoa. If not for a dislocated hip, Tagovailoa may very well have been the No. 1 overall pick. Even with questions about his durability, the Chargers, a franchise that needs to roll the dice, may be willing to take a gamble on a prospect with so much upside. 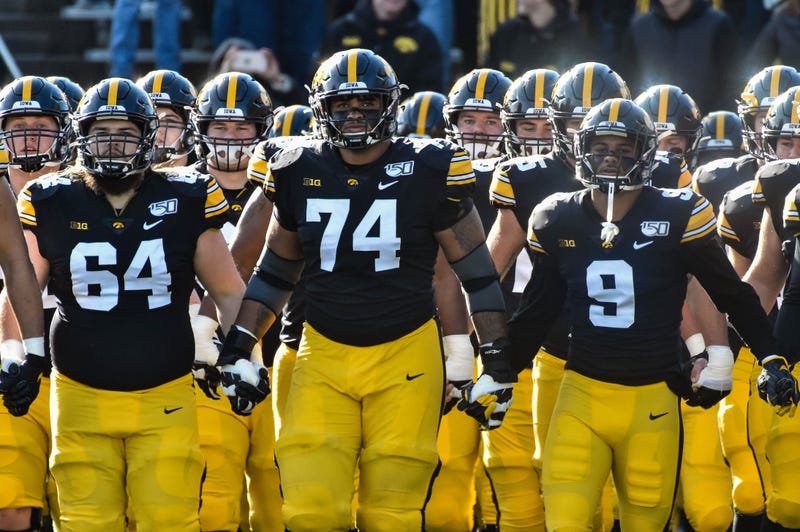 Tristan Wirfs (No. 74) could be the first offensive lineman taken in the 2020 NFL Draft. Photo credit (Jeffrey Becker/USA Today)

Even in a rookie season where he flashed strong potential, Daniel Jones was sacked 38 times in just 13 games, 12 of which he started. There are always growing pains with a rookie quarterback, especially when the team has since acknowledged by his dismissal that Pat Shurmur probably wasn't the appropriate one to be overseeing Jones' development. But bolstering the offensive line in front of Jones could also help both him and third-year running back Saquon Barkley. So the Giants face an interesting decision; do they make the first offensive line selection in the draft or take a potentially game-changing defender like Isaiah Simmons? You can make a case for either, but in this mock we have them going the route of protecting Jones for the long haul. Wirfs showed out at the NFL Combine and could easily be the first offensive lineman off the board, though there doesn't seem to be a consensus among the top three or four offensive lineman in terms of which one will be taken first. 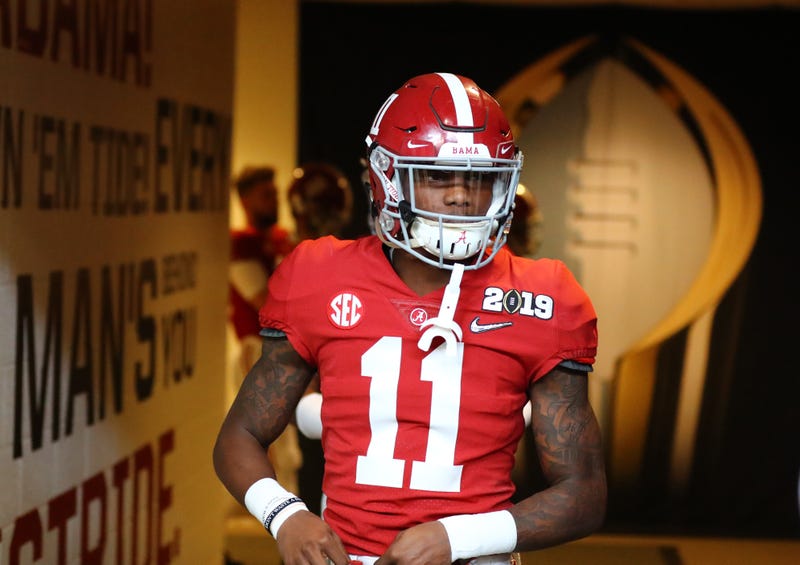 Henry Ruggs III is one of the top three receivers in the 2020 class. Photo credit (Mark J. Rebilas/USA Today)

Broncos Move Up a Pick, Assure They Get Ruggs III

Using draft capital to move up just one pick may seem strange, but it feels increasingly likely that pick No. 14 may be the furthest that Henry Ruggs III, the blazing fast former Alabama star, will make it. The Miami Dolphins have more than enough draft capital to move up from pick 18, leapfrog the Broncos and take Ruggs III. The Philadelphia Eagles at pick No. 21 desperately need to inject an explosive wideout into their offense, so they could be a threat, and general manager Howie Roseman has moved up the board significantly in the past. To assure no one jumps over them to take the final of the three tier-one receivers, the Broncos move up one pick and select Ruggs III, pairing him with Courtland Sutton for the future. 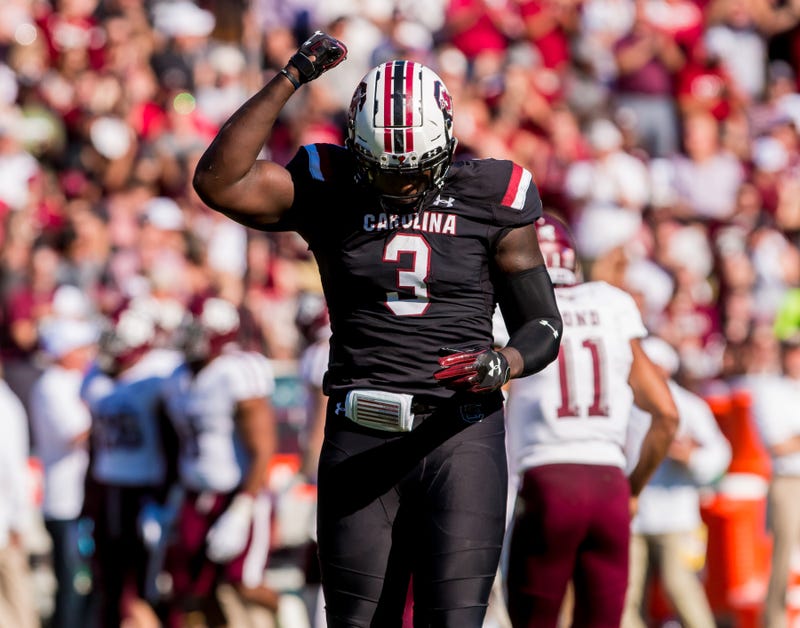 Javon Kinlaw is one of the top interior defensive linemen in the 2020 class. Photo credit (Jeff Blake/USA Today)

The Giants taking an offensive lineman with pick No. 6 had a trickle-down effect that allowed Javon Kinlaw, the second best interior defensive lineman in this class, to fall down the board a bit. That leaves the Jacksonville Jaguars - who already used their first pick on former Auburn defensive tackle Derrick Brown - in a position to capitalize and trade down. Benjamin Solak of The Draft Network offered a glowing assessment of Kinlaw, saying he "is a candidate for Pro Bowl bids the moment he steps on the field, and has the physical tools of the top defensive tackles in the league if he continues to grow." He is worth trading up for if you're Seattle and have a team that you fancy a Super Bowl contender, but had just the 22nd-ranked rush defense a year ago. 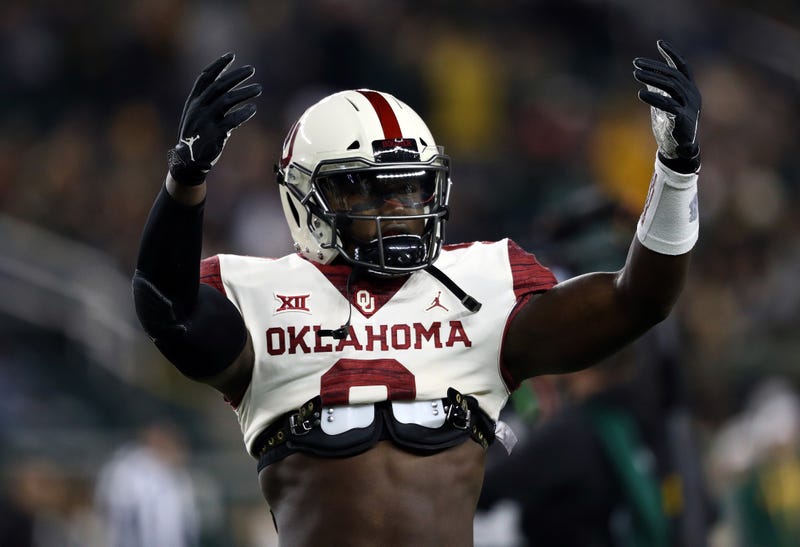 It's pretty amazing that the Ravens lost C.J. Mosley, among a bunch of defensive starters, in free agency last offseason and still ended up being the No. 4 overall unit in the sport in 2019. Having traded for Calais Campbell and used their franchise tag on Matthew Judon, this feels like the perfect range for them to find another potential defensive star. Though he'd have big shoes to fill as an inside linebacker in Baltimore, Murray is the top player at his position in this year's class and would help to solidify the Ravens' place as a legitimate Super Bowl contender. 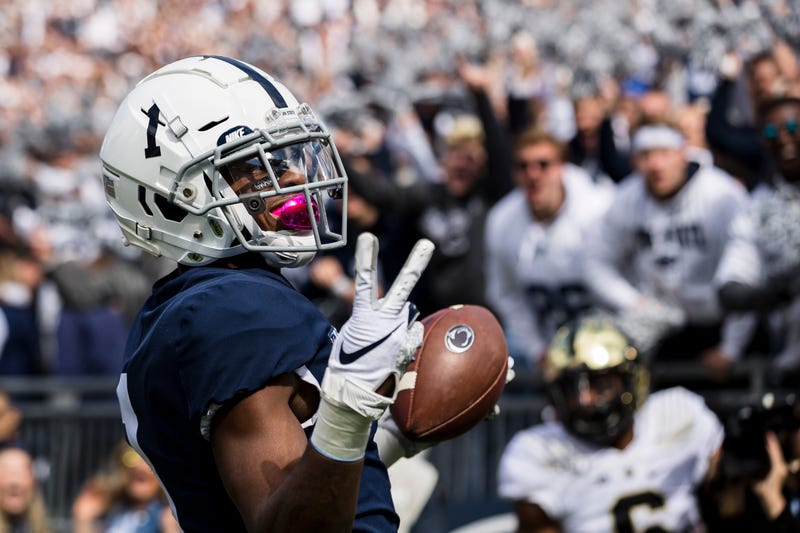 K.J. Hamler could be an impact wideout in the NFL. Photo credit (Scott Taetsch/Getty Images)

Penn State Teammates Go Back to Back

Yetur Gross-Matos has had an incredible journey full of perseverance that has led him to this point, as you can see in the video at the top of this article. He's also a really, really good edge rusher, one that had 34.5 sacks over his final two seasons at Penn State. That makes him a pretty safe bet to be a first-round pick, and in this mock, he goes one selection ahead of his former college teammate, wide receiver K.J. Hamler. Hamler is a potentially explosive talent that only began to scratch the surface of his capabilities in college. Though he could end up being an early second-round pick, it's not hard to imagine a wide receiver-needy team, like the Minnesota Vikings, being intrigued enough by Hamler to take him in the back-end of the first round.