Two seasons ago, the Philadelphia Eagles won their first Super Bowl title in franchise history, doing so as underdogs in each of the three postseason games that they played.

Despite going 13-3, the Eagles had lost, among others, NFL MVP front-runner Carson Wentz, along with left tackle Jason Peters and running back Darren Sproles, who had 12 combined Pro-Bowl appearances in their careers.

This time around, the Eagles have Wentz and Peters in the fold as they prepare to host the Seattle Seahawks on Wild Card Weekend. But, without spoiling things, they may need to dust off their underdog masks if they hope to make any sort of run this January. 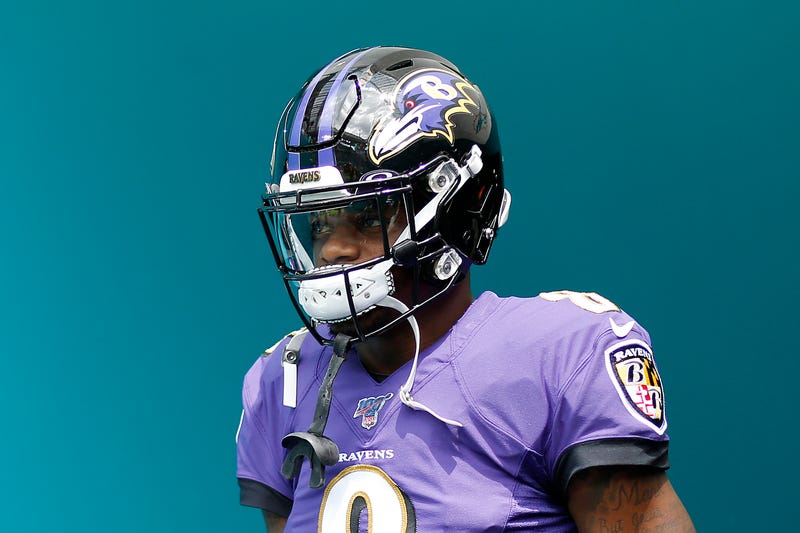 There's an it factor to the Ravens that makes you think they're going to win the Super Bowl. The culture that John Harbaugh has built extends far beyond Lamar Jackson, the likely NFL MVP. The Ravens went 4-0 in the preseason. In Week 17, without Jackson and Mark Ingram II, among others, the Robert Griffin III-led Ravens won 28-10 over the Pittsburgh Steelers, who entered the day with a chance to make the playoffs. With a round off for Ingram II to recover from a calf injury, the Ravens should be as healthy as possible for a potential Super Bowl run. 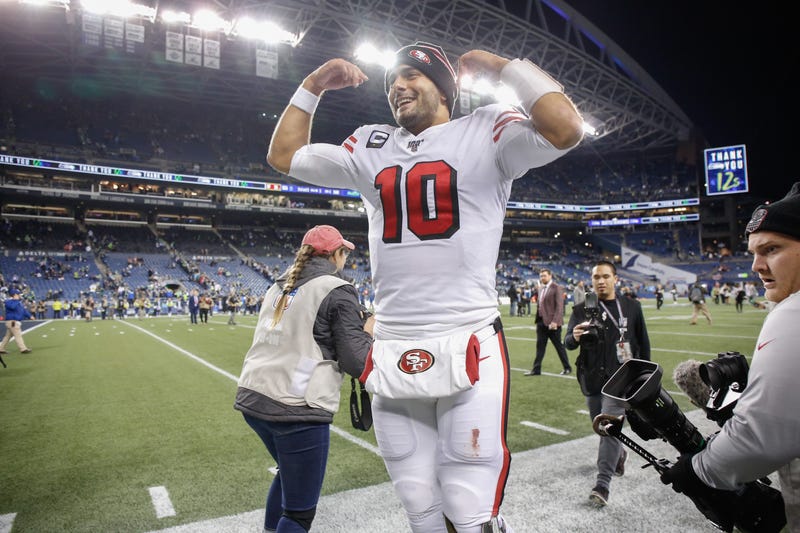 Jimmy Garoppolo and the 49ers are the favorites to win the NFC. Photo credit (Otto Greule Jr/Getty Images)

What's not to like about the 49ers? Even if their defense showed some cracks down the stretch, they finished the season with the No. 2 overall unit, and No. 1 against the pass. The three-headed monster of Raheem Mostert, Tevin Coleman and Matt Breida thrived in Kyle Shanahan's zone-blocking offense, as the 49ers had the top-ranked rushing attack in the NFC. And for whatever concerns there were about Jimmy Garoppolo, he led the 49ers to wins in New Orleans and Seattle over the final month of the season. With a first-round bye and home-field advantage throughout the NFC playoffs, the 49ers are the favorites to represent the NFC in the Super Bowl. 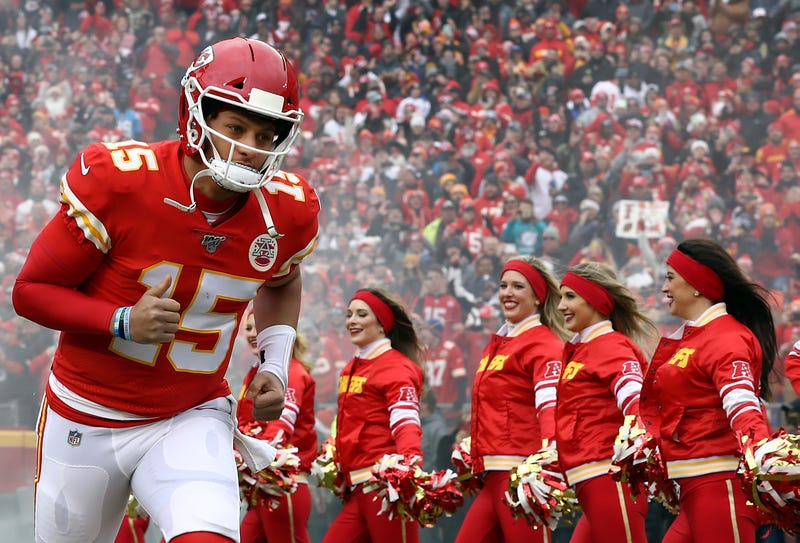 While they didn't play against the 2007 New England Patriots during their final six games, it's impressive nonetheless that Steve Spagnuolo's defense, once viewed as a potential liability, limited opponents to just 11.5 points per game over the final month-and-a-half of the season. If the defense stays hot, and you factor in the greatness of Patrick Mahomes, the Chiefs may be the best bet in either conference to knock off Lamar Jackson and the Baltimore Ravens. 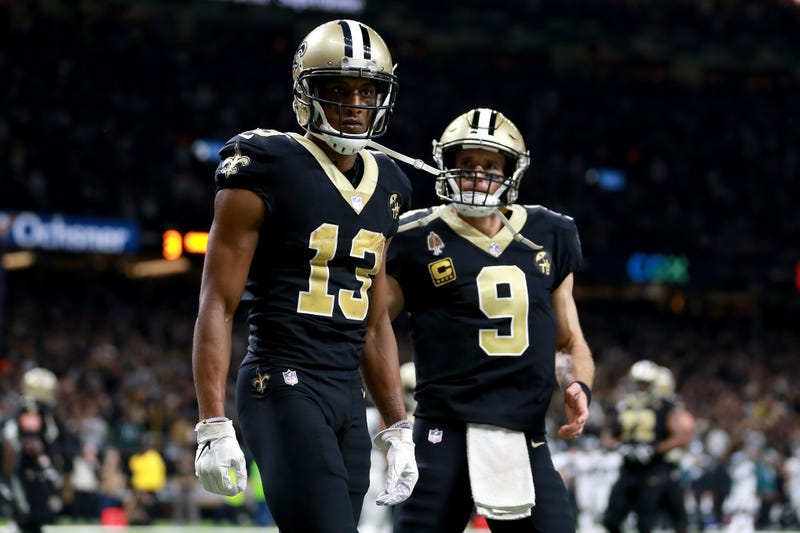 Michael Thomas and Drew Brees will lead one of the NFL's most dominant offenses to the playoffs. Photo credit (Sean Gardner/Getty Images)

It's hard to bet against any team that employs Michael Thomas right now. Thomas - who set a new NFL record for receptions in a single season - is arguably the most dominant player at any position in the sport currently. Drew Brees and Sean Payton aren't too shabby either. One thing at a time, but the feeling here is that if the Saints, as expected, defeat the Minnesota Vikings in New Orleans on Sunday, they would be a good bet to go into Green Bay and win the following week. 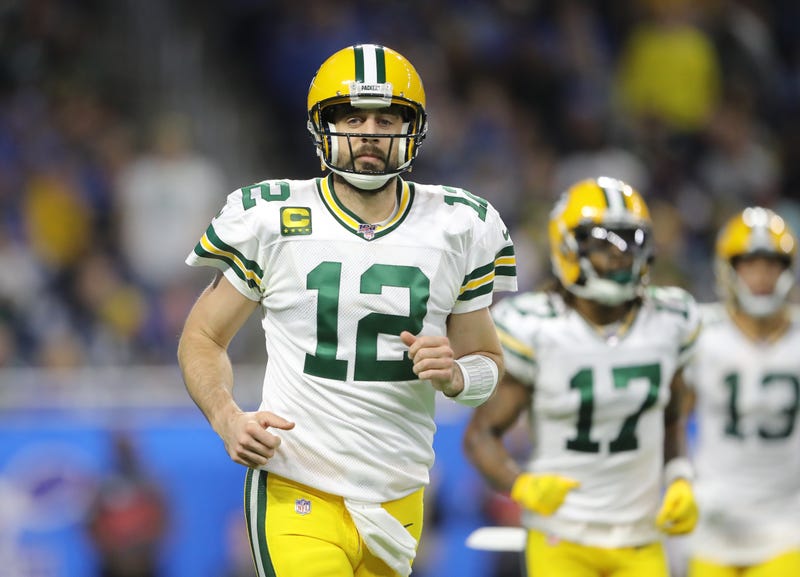 Given that they have a first-round bye and will host a Divisional Round playoff game, it was hard to put the Packers any lower than this. Still, they feel vulnerable after nearly coughing up a chance to clinch the No. 2 seed in a tight Week 17 win over the Detroit Lions. Over the final month of the season, Aaron Rodgers and the Packers' offense didn't score more than 23 points in any game. It goes without saying, but that trend will obviously have to change if the Packers are going to make any sort of run. 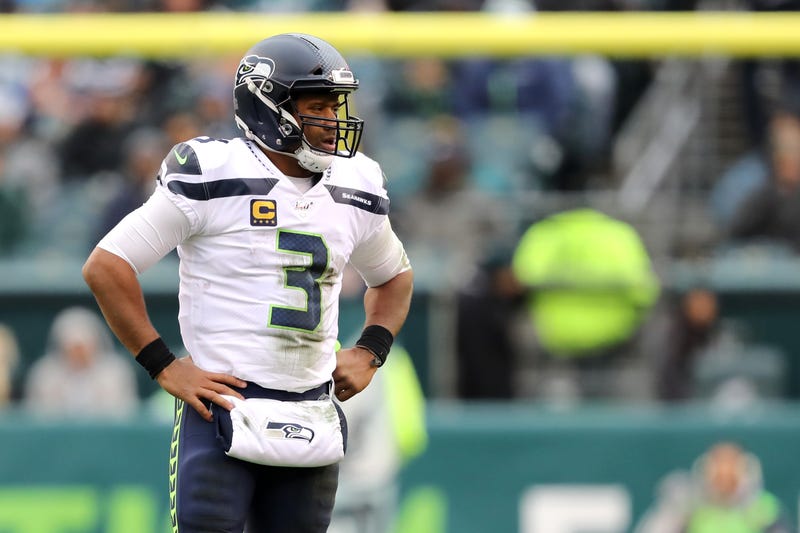 Russell Wilson will attempt to win in Philadelphia for a second time this season. Photo credit (Elsa/Getty Images)

As RADIO.COM NFL Insider Eliot Shorr-Parks noted, Russell Wilson is 4-0 in his career against the Philadelphia Eagles, including a 17-9 Week 12 win at Lincoln Financial Field in Week 12. Given Wilson's history against the Eagles - and that he seems to be immune to the struggles of traveling to the East Coast that normally plague teams from the Western Time Zone - it would seem to be a mistake to bet against the Seahawks this Sunday. 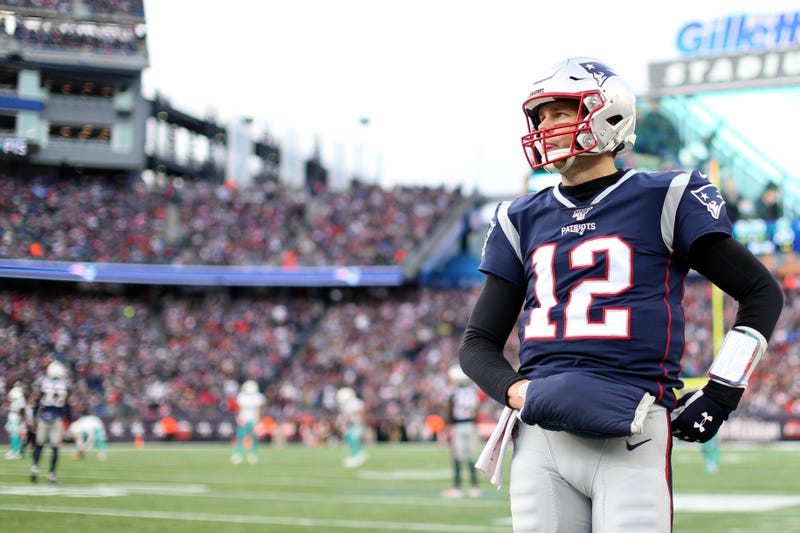 Defeating the Tennessee Titans in the Wild Card Round of the playoffs may be the ceiling for this New England Patriots team, barring something unforeseen. As much as you don't want to bet against Tom Brady, Bill Belichick and Josh McDaniels in the postseason, nothing they showed during the second half of the season suggests another Super Bowl run is imminent. Frankly, being upset by the Titans may be more realistic. 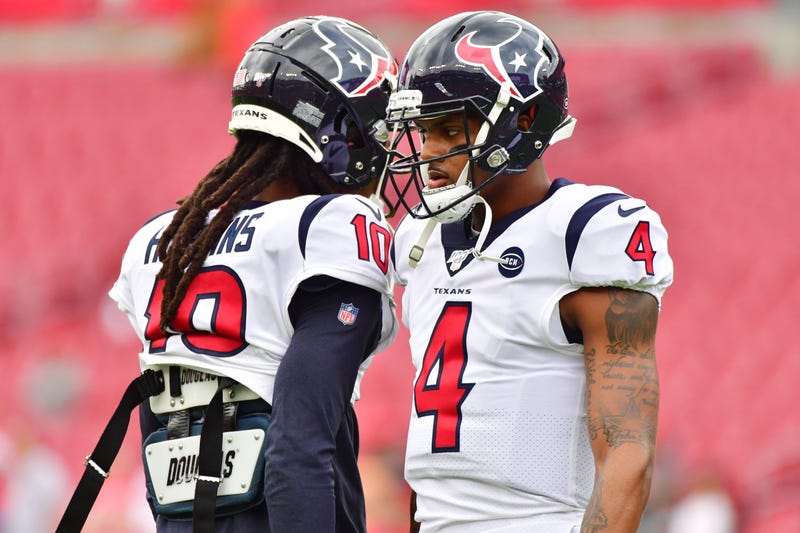 DeAndre Hopkins and Deshaun Watson will attempt to lead the Texans on a playoff run. Photo credit (Julio Aguilar/Getty Images)

When the Texans traded two first-round picks and a second-round selection to the Miami Dolphins as part of a deal that netted them left tackle Laremy Tunsil in August, they didn't do so envisioning a Wild Card Round exit in the postseason. Coincidentally, Tunsil is expected to return from an ankle injury in time for the team's postseason matchup with the Buffalo Bills. How much of an impact both he and wide receiver Will Fuller V can have - assuming both play - may determine whether the Texans advance. 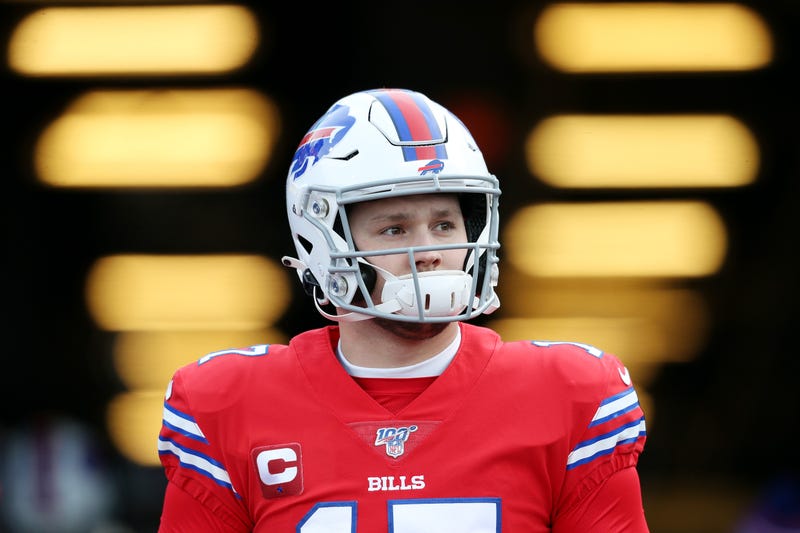 The Bills only scored 28 or more points in the regular season three times, twice against the Miami Dolphins and once against the New York Giants. As much as Sean McDermott may hope that his defense - which finished the season as the No. 3 ranked unit in the NFL - can stifle the Houston Texans, there may come a point Saturday where he has to lean on Josh Allen and his offense. Whether he's willing to do that - and whether Allen and Devin Singletary rise to the challenge in their first playoff game - remains to be seen. 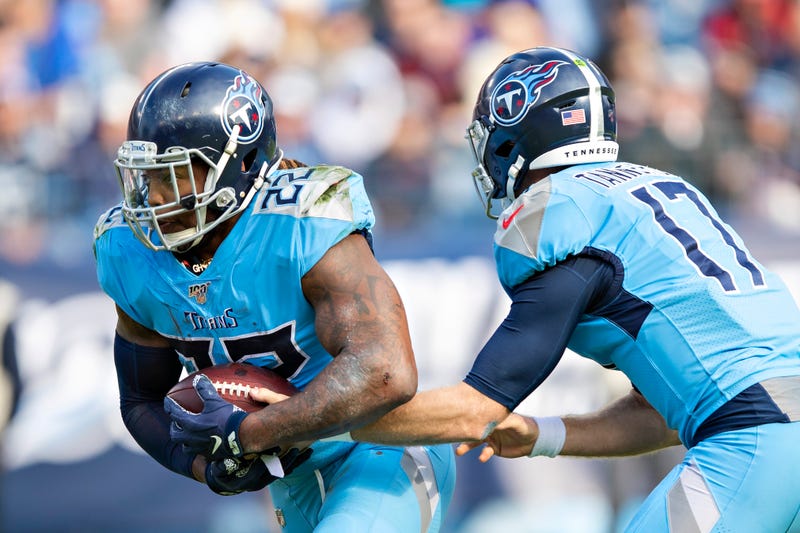 Derrick Henry and Ryan Tannehill will attempt to lead the Titans to an upset victory. Photo credit (Wesley Hitt/Getty Images)

Quietly, Derrick Henry led the NFL with 1,540 rushing yards and 16 touchdowns in 2019. On top of that, the Titans went 7-3 after Ryan Tannehill replaced Marcus Mariota as the team's starter. The Titans are underdogs in New England on Wild Card Weekend, but it would be far from shocking to see them upset Tom Brady and company. 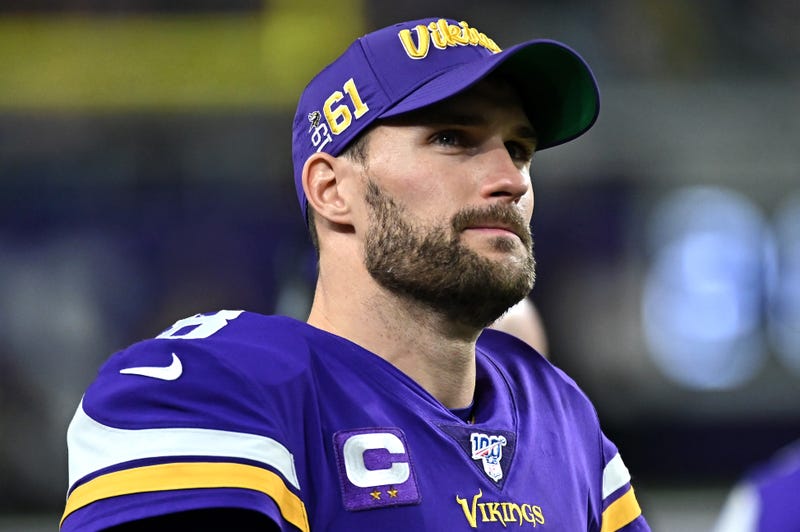 Kirk Cousins and the Vikings could end up at a crossroads. Photo credit (Stephen Maturen/Getty Images)

There seems to be some tension looming over the Vikings' Wild Card Round matchup with the New Orleans Saints. After the team laid an egg in Minnesota on Monday Night Football against the Green Bay Packers in Week 16, it's hard to feel especially confident about their postseason chances. A similar performance Sunday afternoon in New Orleans could ultimately define the Kirk Cousins era in Minnesota. Additionally, Charles Robinson of Yahoo! Sports wondered earlier this week what another tough postseason exit would mean for head coach Mike Zimmer. 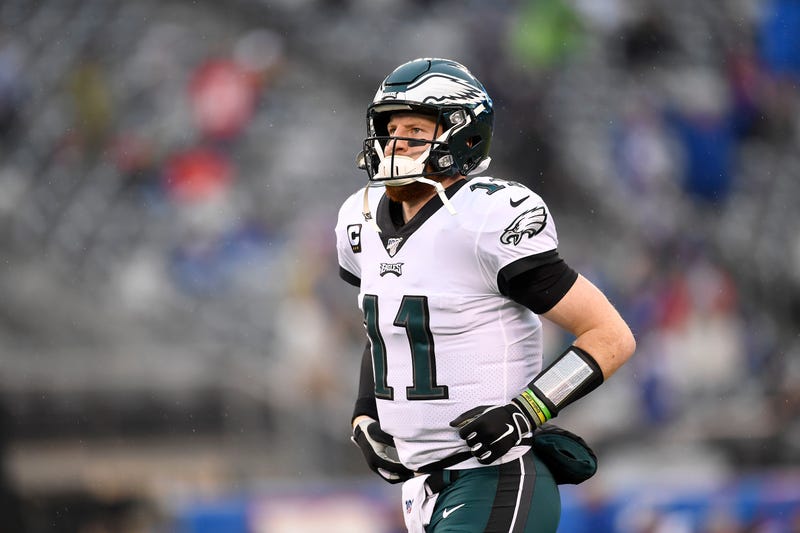 Given the amount of key injuries that the Eagles have dealt with this season, it is a testament to Carson Wentz and Doug Pederson that they've reached the postseason at all. That said, there is a ceiling to how far you can go with practice squad caliber skill-position players. Zach Ertz - who suffered a cracked rib and lacerated kidney in the team's Week 16 win over the Dallas Cowboys - feels unlikely to play in the game, which will leave Dallas Goedert and running back Miles Sanders as Wentz's top pass-catching options. One thing worth monitoring - DeSean Jackson will be eligible to return from IR if the Eagles reach the NFC Divisional Round, which could potentially be a game-changer for this offense.