In March 2019, the New York Giants traded Odell Beckham Jr. to the Cleveland Browns in a shocking move that had many setting expectations sky-high in Cleveland.

Yet, Beckham's arrival has not changed the team's fortunes in 2019. The struggles have led some teams around the NFL to believe that Beckham could be traded once again during the offseason, per Bleacher Report's Mike Freeman.

The logistics may be tough to pull off — the Browns would still take a $19 million hit in dead cap space — which would make a trade following the 2020 season more likely. Crazier things have happened, though.

Should Beckham be placed on the trading block once again, which teams would be an ideal fit for the 27-year-old receiver? 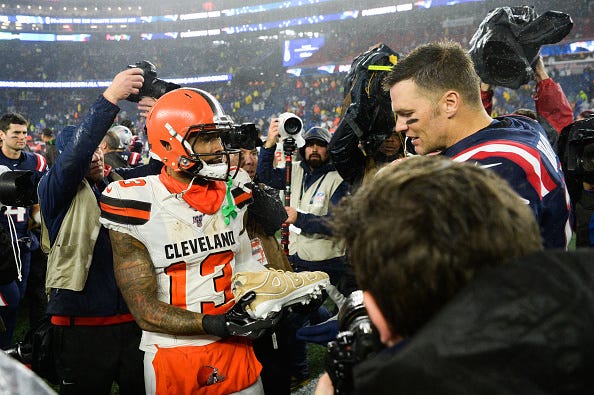 This one seems like a no-brainer. The Patriots were reportedly interested in Beckham in 2018 before he was given his contract extension with the Giants. They have a history of making splashes with big-name receivers, including Randy Moss in 2007 and Antonio Brown earlier in 2019, although the latter was short-lived. If Tom Brady returns in 2020, it should be noted that the two seemed chummy after a 2019 game in which Beckham presented Brady with customized cleats. Even if Brady does not return, as long as Bill Belichick is around, he will be doing everything he can to field a championship-contending team and Beckham certainly seems like he could help in that department. 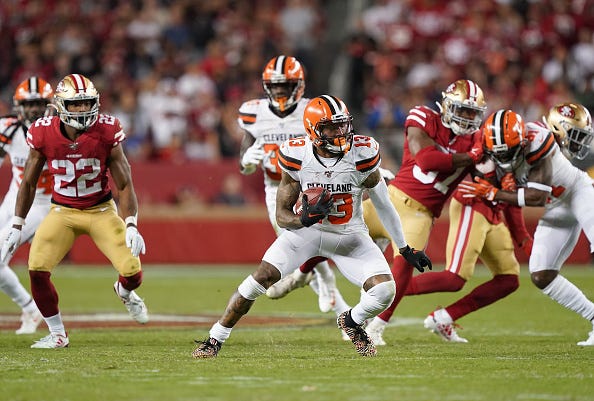 Imagine Odell Beckham Jr. in a Kyle Shanahan offense? The mere thought should have the Niners chomping at the bit of Beckham were to become available. Heck, they were reportedly interested before the Giants dealt him to Cleveland. Emmanuel Sanders, whom the Niners traded for at the deadline in 2019, will be a free agent so they will certainly be looking to fill the void somehow for 2020 as they try to keep their footing as an NFC powerhouse. 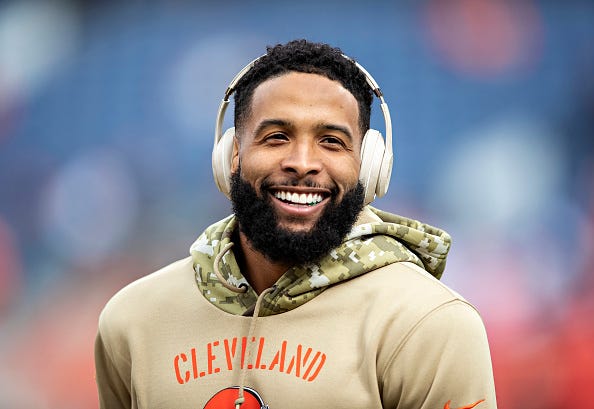 Teams would be shaking if they had to face an Aaron Rodgers-led offense with both Davante Adams and Odell Beckham Jr. in it. Of course, Beckham's history at Lambeau Field is forgettable, but perhaps that would change being on the home side of things. 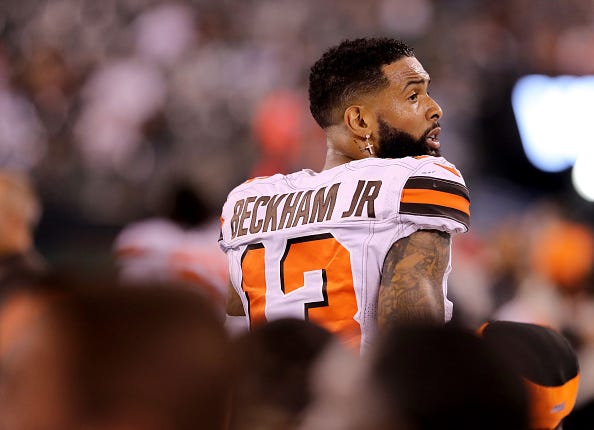 The emergence of Lamar Jackson in 2019 has already made the Ravens one of the most dynamic offenses in the league, but he does not really have a bonafide No. 1 veteran receiver. Trading for Beckham would give him that, alongside the speedster in Marquise Brown, to make the Ravens an even bigger headache for defenses to figure out. Baltimore certainly has the picks and cap space to make something happen. He would probably have to patch things up with CB Marlon Humphrey, though, if he were to join Baltimore. 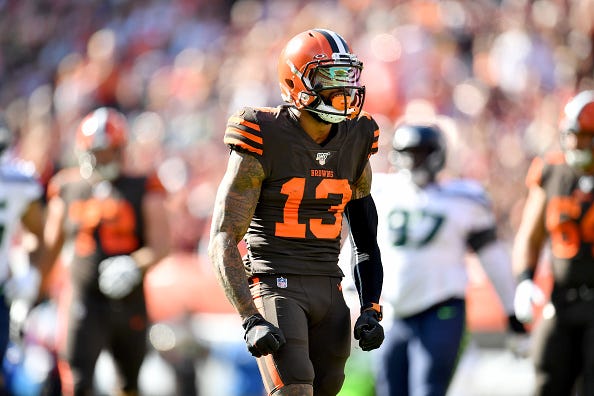 If there has been one thing that has plagued the Eagles offense in 2019, it is the unreliability of their receivers. DeSean Jackson proved the be injury-prone and is not getting any younger, Nelson Agholor has struggled and is set to become a free agent and Alshon Jeffery has struggled too. Adding Beckham would help, but it may be nothing but a pipe dream. Jackson and Jeffery are still owed a significant amount of money if cut or traded before June 1. The Eagles would have to get awfully creative to logistically make a trade for Beckham happen.