Even in a lost season, it feels overwhelmingly likely that the Falcons will retain future Hall of Fame wide receiver Julio Jones. Here's a look at some options that could realistically be traded before the Oct. 29 trade deadline: 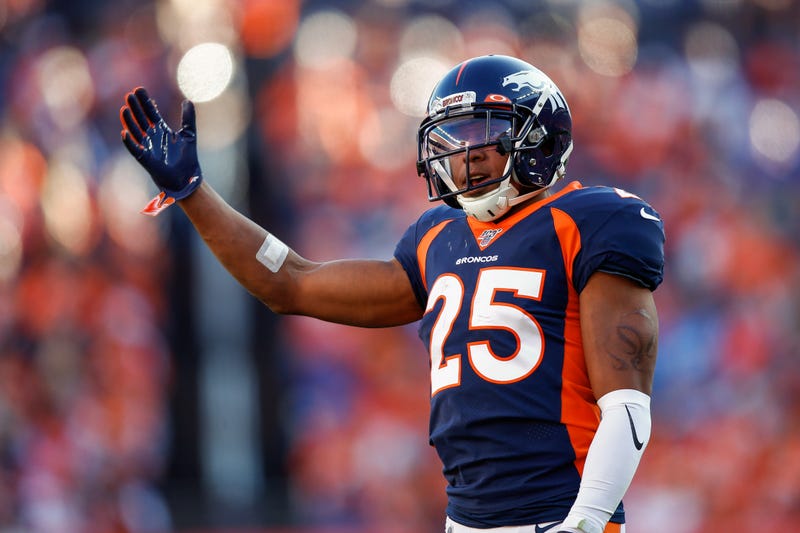 Harris was a key piece of an all-time great Broncos defense that willed the shell of Peyton Manning to a victory in Super Bowl 50. Four years later - and a few months from becoming a free-agent at the end of the season - Harris could become an intriguing addition for a cornerback-needy team looking to make a Super Bowl run.

Now 30, Harris has garnered trade interest from multiple teams, per Mike Klis of 9News in Denver. Though Klis says that one of the interested teams was the Houston Texans - who have since acquired Gareon Conley from the Oakland Raiders - there still figures to be quite a bit of interest in the four-time Pro Bowler.

The Philadelphia Eagles, who missed on acquiring Jalen Ramsey, have been one team speculated to be a potential fit for Harris. While the Eagles entered the seasons with Super Bowl aspirations, they've been hit hard with injuries and blown out the past two weeks by the Minnesota Vikings and Dallas Cowboys. At 3-4, there's a legitimate discussion to be had about whether they should be giving up draft capital, but if the price for Harris is a fifth-round pick or less, it may be worth taking a flier. 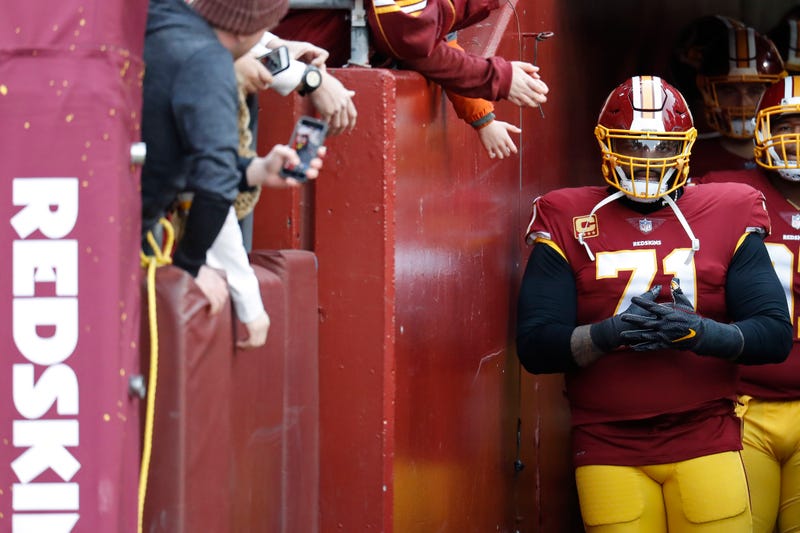 Williams hasn't played all season after requesting a trade in June. RADIO.COM NFL Insider Jason La Canfora says that Williams' request is multi-layered - not only does the 31-year-old want his contract to be restructured, but he also was upset with how the Redskins medical team handled a matter pertaining to his health.

It's hard to predict how the Redskins will handle Williams. There's a case to be made that even if he probably won't still be the same player the next time the Redskins are ready to contend, a young quarterback would be better developing with a seven-time Pro Bowl left tackle protecting his blindside. The Redskins used a first-round pick on former Ohio State quarterback Dwayne Haskins last NFL Draft, and with a 1-6 record, it stands to reason that they could be tempted to take a quarterback with a top five pick in 2019 if they've at all wavered on their belief in Haskins. One way or another, a young quarterback will likely be starting for the team in 2020.

That said, Williams hasn't requested a trade while continuing to play for the Redskins. He's sat out the season thus far. If a team like the Cleveland Browns makes a legitimate offer for Williams, it would seem to be a mistake for the Redskins to not seriously consider it. Then again, it's the Redskins. 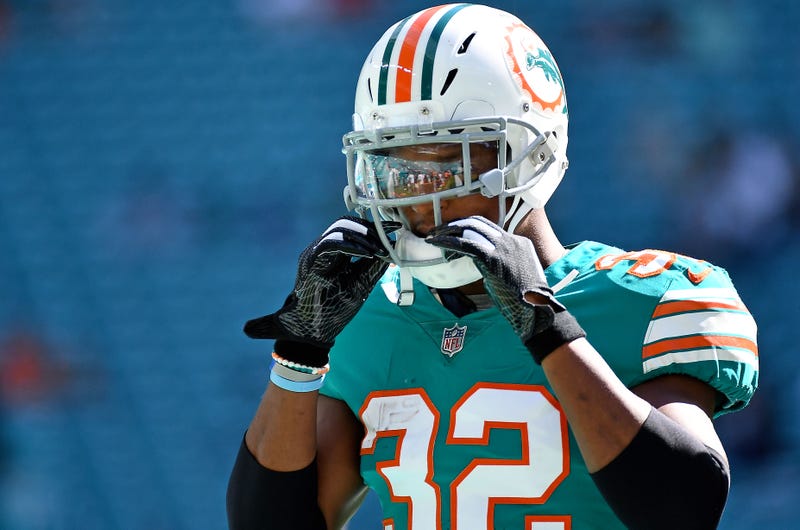 Kenyan Drake could be a trade target of some contenders. Photo credit (Jasen Vinlove/USA Today)

The winless Miami Dolphins haven't tried to hide that they are attempting to assure they obtain the No. 1 overall pick in the 2020 NFL Draft. For a team that hasn't had a steady quarterback since Hall of Famer Dan Marino retired after the 1999 season, this strategy may make some sense.

That said, while the Dolphins are 0-6, the Cincinnati Bengals are 0-7. The Washington Redskins are 1-6. There may be some motivation from the Dolphins to assure they finish the season winless, which, in theory, would allow them to pick No. 1 overall next spring. That may mean trading some more veterans. The organization already traded left tackle Laremy Tunsil and safety Minkah Fitzpatrick in September.

Enter, running back Kenyan Drake, who Jay Glazer of The Athletic reported in September was drawing trade interest that the Dolphins were willing to engage.

Drake, 25, was a third round pick in the 2016 NFL Draft and has averaged 4.6 yards per carry in 54 career NFL games. The Detroit Lions, after placing Kerryon Johnson on injured reserve could be a fit. So too could the Kansas City Chiefs, whose most effective rusher in 2019 has been 31-year-old LeSean McCoy. 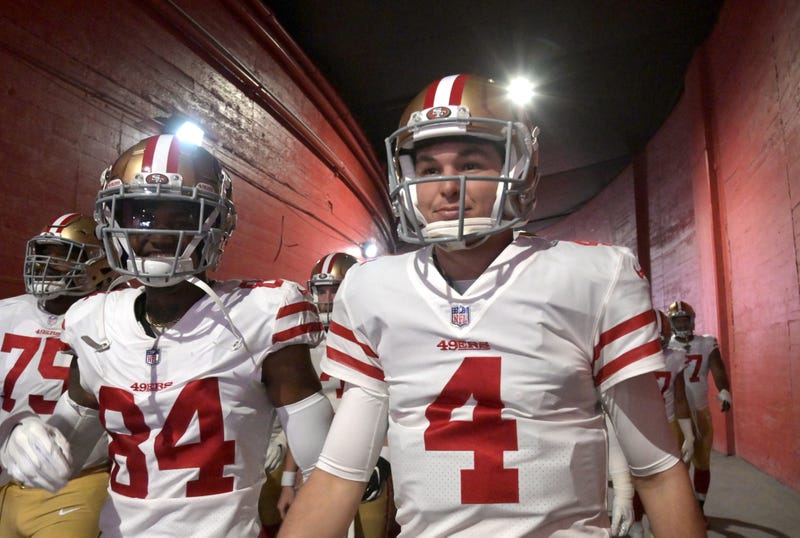 This one is a bit outside the box, but James Brady of SB Nation says that "multiple teams" have contacted the 49ers about the possibility of trading for Mullens, a second-year pro.

Frankly, there's a bit of a Jacoby Brissett feel here. As a rookie Brissett, stepped in for an injured Jimmy Garoppolo in New England, when Tom Brady was suspended. Ultimately, Brissett was traded to the Indianapolis Colts in September of 2017. Brissett started 15 games for the Colts in 2017, when Andrew Luck missed the entire season. He backed up Luck in 2018, but when Luck suddenly retired prior to the 2019 season, the Colts had a starting-caliber quarterback to turn to.

Again, there's no indication that a trade is especially likely, but from a speculative sense he could make sense in quite a few places. The New England Patriots don't currently have any sort of succession plan lined up in the event that Tom Brady retires at the conclusion of this season. The Tennessee Titans aren't entirely out of playoff contention, but they seem prepared to move on from former No. 2 overall pick Marcus Mariota, and you kind of know what Ryan Tannehill is at this point. The Tampa Bay Buccaneers face an uncertain future with Jameis Winston, whose rookie deal expires at the end of this season.

The feeling here is Mullens, who can become a restricted free-agent after the season, will probably remain with the 49ers beyond the trade deadline. But he's a name to file away. 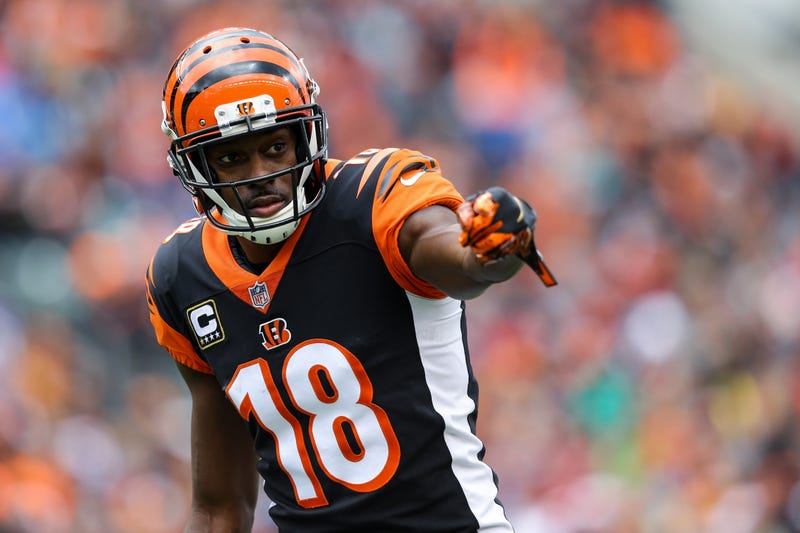 Could A.J. Green be on the move? Photo credit (Aaron Doster/USA Today)

The seven-time Pro Bowl wide receiver had offseason ankle surgery, and is yet to play in 2019. Don't expect that to stop teams from showing at least some level of interest in the 31-year-old, though.

As Patrik Walker of CBS Sports noted, both the Green Bay Packers and Buffalo Bills would be logical on-paper fits for Green, as they attempt to compete for their division titles.

Would the winless Bengals be willing to part with Green, who has 8.907 receiving yards and 63 touchdowns in eight seasons with the team?

”We listen to anything,” first-year head coach Zac Taylor told the collective media, including Nick Manchester of Cincy Jungle. “It’s not smart to pick up the phones and (not) listen to what’s said. Again, our approach is we have these guys in the locker room, and we have to focus on winning a game with these guys.”

While Green is a franchise icon, he can become a free-agent at the end of the season and the Bengals are 0-7. Any draft ammo that can acquire to rebuild their team would seem to make sense. It is possible, though, that they don't ultimately get an offer to their liking and hold onto Green in hopes of winning a few games this year and re-signing him this offseason.