The NFL trade market continues to heat up as the Oct. 29 deadline approaches.

The New England Patriots have already been in the thick of things over the past week, trading for Atlanta Falcons receiver Mohamed Sanu and dealing defensive end Michael Bennett to the Dallas Cowboys.

As the season reaches its mid-way point, here are five rumored players and the top destinations for them: 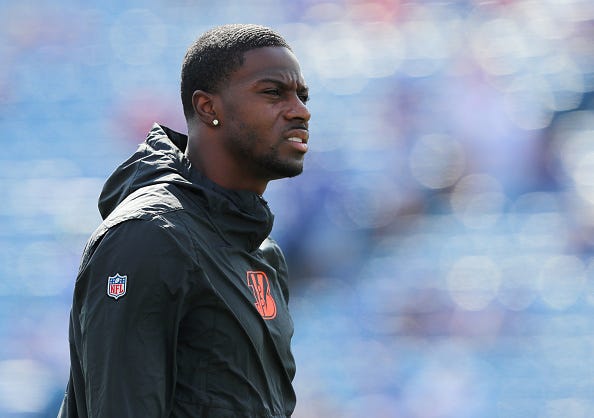 The Cincinnati Bengals wide receiver has not played a game this season as he recovers from an ankle injury he sustained in the first practice of the season, but he is expected to return. The Buffalo Bills should seriously consider a trade for Green. The Bills are 6-1 and nipping on the heels of the New England Patriots in the AFC East. Buffalo already has a strong defense, and adding a weapon to complement John Brown in the offense should only bolster its mediocre passing attack, which entered Week 8 ranked 21st in the league. 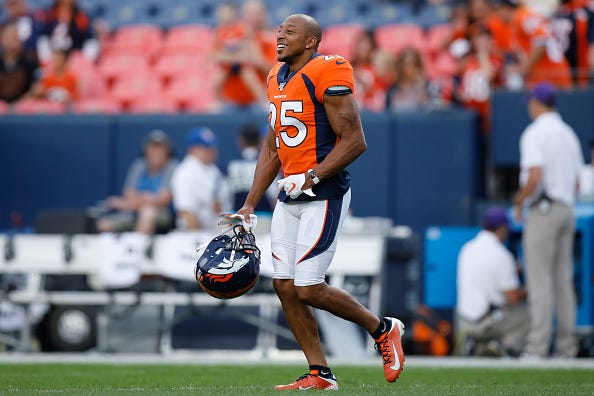 Expect the Eagles to be busy buyers over the next few days. The Eagles made a significant offer for Jalen Ramsey, but ultimately came up short, much to the dismay of the fan base. The Eagles cannot come up empty-handed in the secondary department and Harris is the best available corner on the market as the Denver Broncos began their fire sale earlier this week. 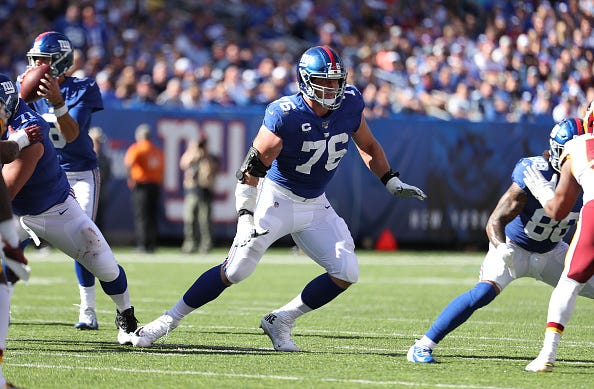 The Browns have reportedly shown interest in Washington Redskins left tackle Trent Williams, but the Redskins seem determined in not trading the disgruntled tackle, which could leave the Browns turning to the New York Giants for Nate Solder. Solder has been a bit of a disappointment for the Giants since signing a $62 million deal with the team last year. He’s allowed 26 pressures and five sacks this season, but the Browns are desperate for offensive line help and could hope to buy low on someone who can regain his form as one of the better tackles in the league. 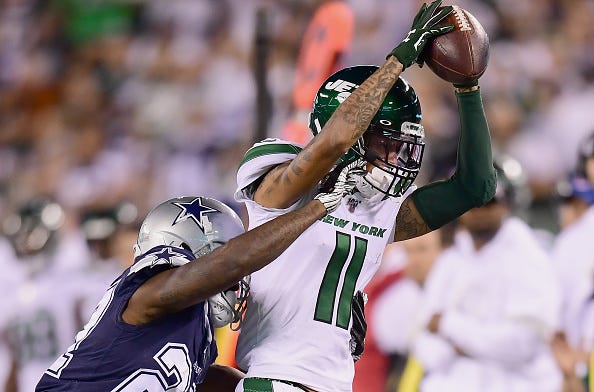 In addition to secondary help, the Eagles could use an upgrade in its receiving corps. DeSean Jackson continues to be sidelined, leaving the team without a deep threat receiver. Anderson could change that. The 26-year-old speedster’s average targeted air yards in 16 — fourth-most in the league. If the outlook is bleak on Jackson, Anderson could be an ideal fit. 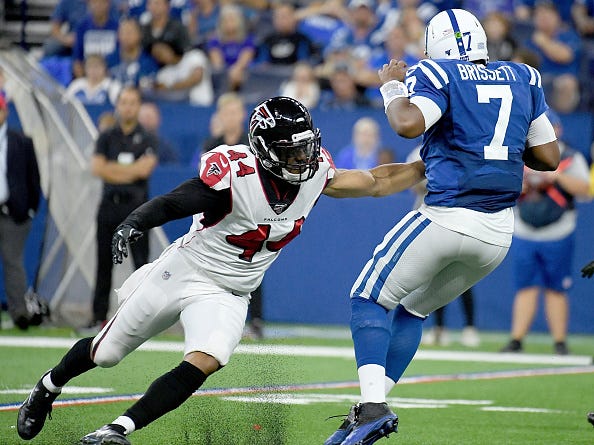 Per The Athletic’s Jeff Schultz, the market for Beasley is rather weak after a slow start to the season and disappointing 2018 and 2017 seasons. Still, the Falcons are in sell mode and teams could be willing to take a chance on a pass rusher who once put up great numbers. The Oakland Raiders may be the team willing to take that chance, especially if they can get Beasley at a reduced price. Jon Gruden declared the Raiders are buyers at 3-3 and they still have not totally overcome the loss of Khalil Mack. Perhaps a change of scenery is what Beasley needs and the Raiders may just be willing to offer it.