There are few certainties in the world today, or in the NFL at any point. But this much appears to be set-in-stone - the defending Super Bowl Champion Kansas City Chiefs will host the Houston Texans Thursday evening as the 2020 NFL season kicks off.

Beyond a duel between Patrick Mahomes and Deshaun Watson, the Week 1 slate is loaded with enticing games. As Baker Mayfield and the Cleveland Browns look to rebound from a disappointing 2019 campaign, they'll travel to Baltimore to square off with reigning NFL MVP Lamar Jackson and the Ravens. Tom Brady will make his Tampa Bay Buccaneers' debut in a matchup with fellow future Hall of Famer Drew Brees and the New Orleans Saints. Two teams that missed the playoffs last year but expect to return in 2020 - the Dallas Cowboys and Los Angeles Rams - will meet on Sunday Night Football, with the Rams playing for the first time in the brand-new SoFi Stadium.

Will COVID-19 or other worldly events affect the Week 2 schedule? It's entirely possible, if not probable. For one weekend, though, things may feel as close to normal as they have in over six months. That's the power of sports, and the NFL specifically.

Ahead of Week 1 of the 2020 NFL season, here are out latest RADIO.COM Sports NFL Power Rankings: 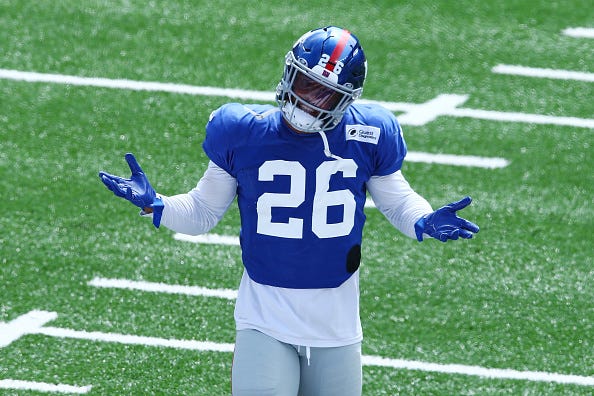 Whether employing a Hall of Fame-caliber running back is enough to ever make you a legitimate Super Bowl contender is a fair question to ask, but it's at least enough to keep you out of the bottom five. Barkley looked every bit the part of a generational talent in his rookie season of 2018, rushing for over 1,300 yards and catching 91 passes. A high-ankle sprain and poor coaching kept him from putting together a campaign for the Offensive Player of the Year in his second season, but the feeling here is that he'll make a push for said award in 2020. The Giants are probably a year away from being a legitimate playoff contender, but if Barkley performs the way that we anticipate, and Daniel Jones/Darius Slayton come of age in 2020, it's not impossible that they contend for the seventh seed in the NFC. 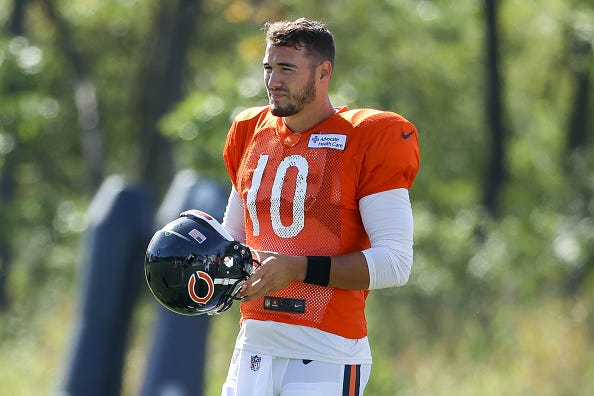 Mitchell Trubisky Gets One Last Shot in Chicago

Former quarterback and current NBC analyst Chris Simms said that when he heard that the Bears were going with Mitchell Trubisky as their Week 1 starter, it suggested to him that the former No. 2 overall pick "significantly outperformed" Nick Foles in training camp. Whether that's true or not, it won't matter much if the Bears struggle in Detroit in Week 1. With an elite defensive unit and a winnable division, the leash on Trubisky will seemingly be short. Even if he starts for the team for all of 2020, it's hard to imagine him being re-signed this offseason, when he rookie contract expires. 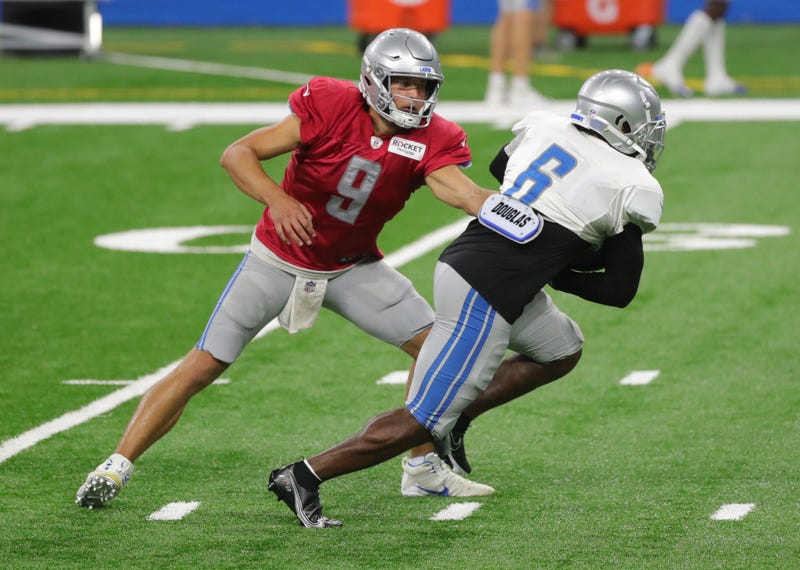 Can Lions' Offense Lead Team Back to Postseason?

In a make-or-break year in regards to his future as the head coach, Matt Patricia, a defensive mind, may need his offense to have a huge year to save his job. And you know what? That might be doable. Quarterback Matthew Stafford was having a huge first year in Darrell Bevell's system before a back injury forced him to miss the second half of the 2019 season. He will return, and has one of the most complete arsenals of skill-position talent he's ever worked with. Kenny Golladay and Marvin Jones Jr. are one of the best one-two punches at the wide receiver position in the NFL. Though injuries limited him to just 12 games in his rookie season, tight end T.J. Hockenson flashed star potential his rookie season. And while the Lions may hope that Kerryon Johnson stays healthy in 2020, they're also extremely excited about second-round pick D'Andre Swift. For good measure, they scooped up Adrian Peterson after Washington released the former NFL MVP. Every year, at least one team goes worst to first in their division. Don't be shocked if the Lions are that team in 2020. 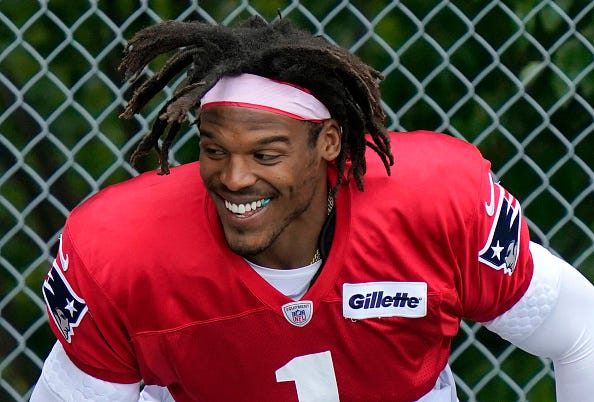 Man, if This Works Out in New England…

Truth be told, we have no idea what to expect from Cam Newton and the New England Patriots in 2020. What we know, is that a healthy Newton is one of the most physically-gifted players that's entered the NFL in the last 25 years. If the 2015 NFL MVP is truly healthy, it's scary to imagine what Bill Belichick and Josh McDaniels could do with Newton. Beyond Julian Edelman, the Patriots are extremely thin on proven pass catchers. That said, outside of Greg Olsen, so were the 2015 Panthers that won the NFC title. The Patriots are not thin at running back, and all three of Sony Michel, James White and Rex Burkhead could benefit tremendously from the threat of Newton keeping the ball and running himself. The Bills are the favorites in the AFC East, but it wouldn't be shocking at all if Newton has a career resurrection in 2020 and New England wins their 12th consecutive division title. 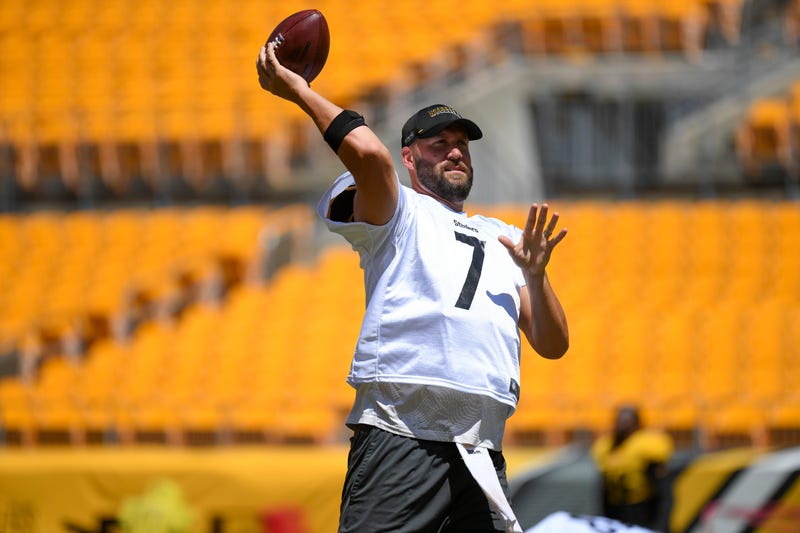 If Ben Roethlisberger Bounces Back, Steelers Are Super Bowl Contender

Even with incompetent quarterback play in the absence of Ben Roethlisberger last year, the Steelers still managed to go 8-8. Minkah Fitzpatrick, Bud Dupree, Devin Bush, T.J. Watt and Cam Heyward lead a defense that, on paper, should be Super Bowl-caliber in 2020. At age 38, Roethlisberger will be tasked with re-energizing the offense to match the talent level of the defense. The Steelers also need more from JuJu Smith-Schuster and James Connor than they got a year ago. There's hope that the offseason signing of Eric Ebron and the potential for at least one of Diontae Johnson and Chase Claypool to break out will alleviate some of the pressure on those two. Coming off of a major elbow surgery, if Roethlisberger is able to preside over an offense that reaches its full potential, he could make a run at his third Super Bowl title. 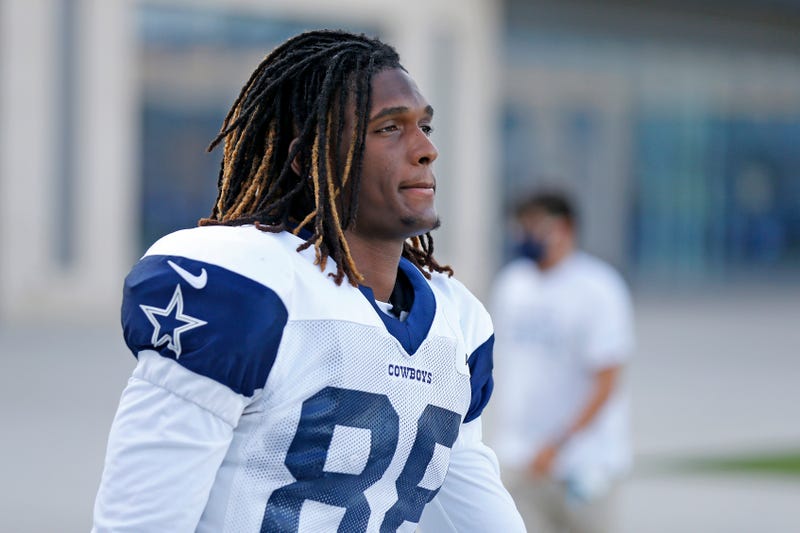 With Embarrassment of Riches, Cowboys Could Make Playoff Run

It's not quite at the level of the mid-1990s, but Mike McCarthy will have arguably the deepest group of offensive skill-position talent in the NFL to work with in his first season as Cowboys' head coach. Both Amari Cooper and Michael Gallup had north of 1,000 receiving yards a season ago, and CeeDee Lamb, who some thought was the top receiver in the 2020 class, fell into their laps in the NFL Draft. Ezekiel Elliott is on a Hall of Fame pace in his career, with 5,405 yards in his first four NFL seasons. And tight end Blake Jarwin appears primed to break out with the team having allowed Jason Witten to leave in free agency. As Dak Prescott plays on the franchise tag, the feeling here is that his production in 2020 will only exacerbate the Cowboys' decision to keep kicking the can on giving him a long-term deal.