If there’s any time to make a splash in the AFC East, it’s right now.

Why, you ask? Only because arguably the most dominant reign of any franchise in American sports history is coming to an end very, very soon. Tom Brady and New England have become synonymous, inseparable to an extent seldom seen within sports (save for Babe Ruth and New York or Kobe Bryant and Los Angeles).

While the Patriots offseason will likely be viewed from one primary angle -- whether or not they’re able to retain their franchise quarterback -- the rest of the division should view this opportunity as a time to make noise while the division is up in the air for the first time in quite a while.

Here’s one big move that each team in the AFC East could foreseeably pull off during the offseason: 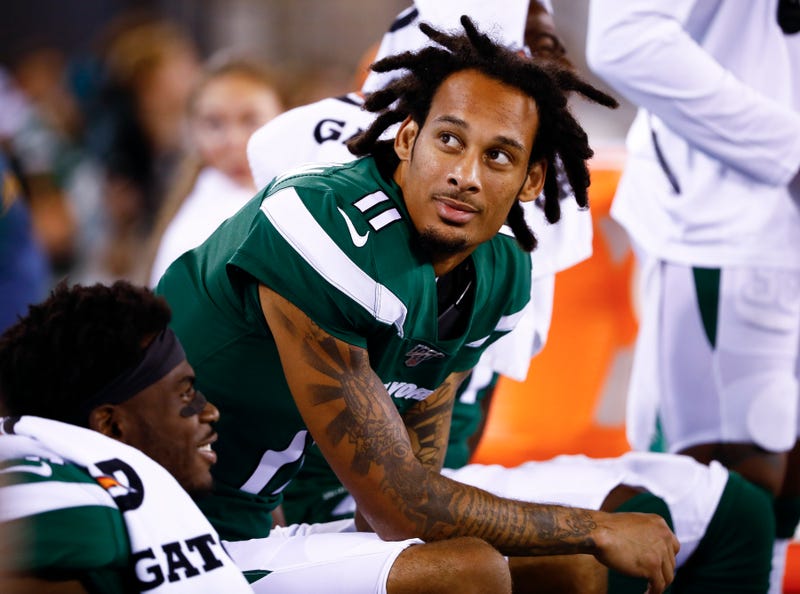 Gang Green needs help in a lot of different areas. Their offensive line, which wasn’t very impressive last year (third-lowest score from Pro Football Focus), is potentially losing starters Kelvin Beachum, Alex Lewis and Brandon Shell, among others, to free agency. Protecting Sam Darnold and giving him a decent line of defense to develop and work behind should be a focal point for this team above all else. With some solid offensive line candidates available in the draft however, the Jets are likely to address this issue with several of their picks. Bolstering the secondary will also be an area that the draft should begin to cover, though a lot of work needs to be done there as well.

However, with the shallow crop of receivers available in free agency this offseason, the Jets should do everything in their power to retain Robby Anderson, and it seems they’ve already begun that process. Anderson was the only player on the team that appeared on the field for more than 90% of offensive snaps and served as an integral threat to Darnold’s passing attack. A big-time deep threat, Anderson stretches the field vertically to serve as the ideal complimentary option to the underneath slot threat Jamison Crowder. The team’s third leading receiver, Demaryius Thomas, is set to become a free agent and has noticeably worn down over the years.

If the Jets can’t bring back Anderson, an option like Breshad Perriman or Devin Funchess would be a decent replacement, though they don’t bring the same explosiveness as Anderson. Beyond those two, the draft may serve as the next best option, as big market targets like AJ Green and Amari Cooper don’t seem to fit in the team’s budget while they have so many other concerns to address. Spending their first round pick (No. 11) on one of the many highly-touted receivers in the draft is not out of the realm of possibility. 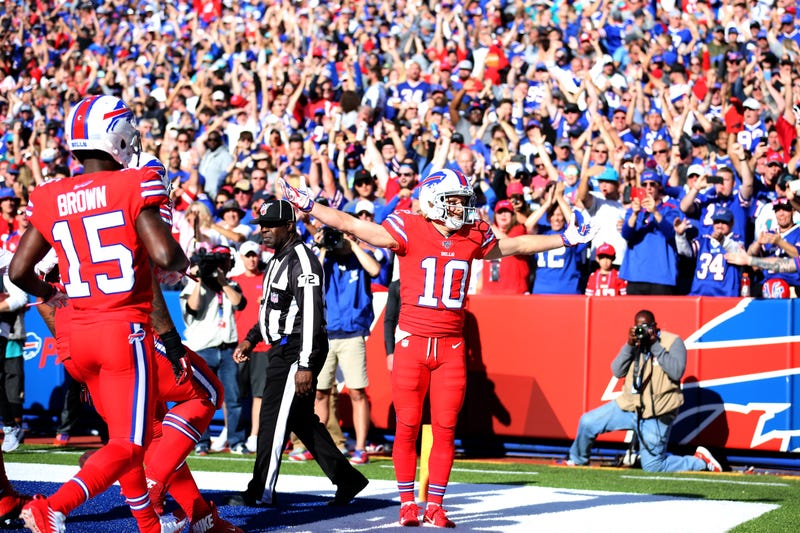 There were moments during this past season that you got the sense that Josh Allen's ceiling could be as an NFL MVP candidate.

To achieve his ceiling, Bills' head coach Sean McDermott - who has a defensive background - may have to be more willing to let his offense open things up. Buffalo scored 26 or less points in six of their 10 regular season wins in 2019. The only games that they topped the 30-point mark were two wins over the division-rival Miami Dolphins.

Perhaps McDermott could be talked into allowing offensive coordinator Brian Daboll to be less conservative if the Bills added a notable wide receiver this offseason. The team famously tried to land Antonio Brown last offseason, only for a deal to fall through.

There would be even more to like if they were to add one of Emmnauel Sanders, A.J. Green or Robby Anderson in free agency. It's unclear what level of interest any of that trio would have in living in Buffalo during the winter, but it isn't hard to fathom the Bills winning the AFC East and making a playoff run in 2020 with the right tweaks.

Of course, the aforementioned Brown is technically a free agent, though his bevy of legal issues - and lack of an agent - make you wonder whether he's ever going to play in the NFL again. 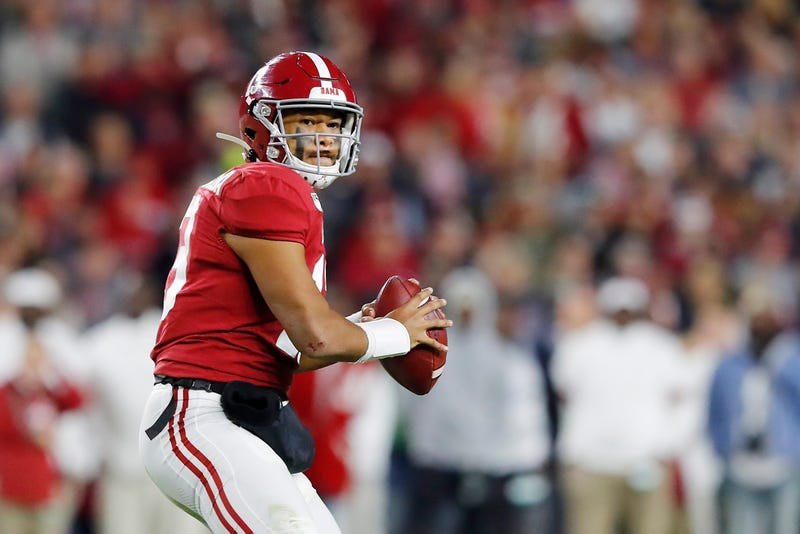 While this possibility shouldn’t come as anything new, it would still be a polarizing move throughout the Dolphins fan base. For a franchise that has lacked stability for a fairly long stretch, opting to choose someone with so many injury questions as the future of the team may not be ideal.

But Tua’s ceiling is practically unlimited and a player with his dynamic ability can completely alter the course for Miami. In fact, they should consider themselves lucky that the Alabama product will likely still be available at No. 5 in the draft after their season-long plans of “Tank for Tua” were derailed because, well, they played too well and won more games than expected or desired. But that should also be an auspicious sign moving forward, as the support for a solid campaign is there with season-long adequate QB play.

If Ryan Fitzpatrick sticks around and decides not to test the market, he would serve as a valuable mentor and starting option while Tua developed and got back to full health. There’s no rush to get Tua into the game if they’re not 100% certain about his status, so Miami provides a good environment for Tua. And besides… there isn’t currently much to root for. Tua provides the perfect spark to create a new sense of excitement in the AFC East. 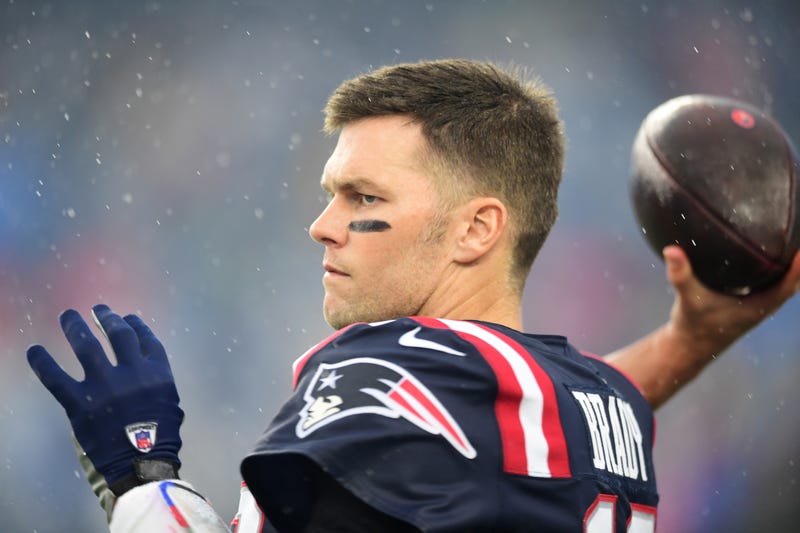 It's not hard to make a case for why the Patriots should bring back Tom Brady for 2020. He's Tom Brady. In terms of what would be a splash, allowing Brady to leave in free agency and retooling would be pretty bold.

The NFL world has long been intrigued with the idea of seeing what level of success the Bill Belichick-led Patriots could have post-Brady. With Brady, Belichick has established himself as arguably the most dominant coach in the history of professional sports. Notably, the Patriots went 11-5 in 2008, despite Brady tearing his ACL in Week 2. However, Belichick had a 36-44 record in five seasons as the head coach of the Cleveland Browns in the 1990s. In Belichick's first season in New England, 2000, the Patriots went 5-11, with Brady backing up Drew Bledsoe.

There's certainly an argument for trying to retool a team that went 12-4 in 2019 so that the Patriots could make one more Super Bowl run with No. 12 under center. There's a large contingent of the NFL world, though, that would like to see how successful the Patriots could be with, say, Teddy Bridgewater leading the offense.