If you’re looking for stability, the NFC South is not the division for you.

The only team that has a secure quarterback situation is the Atlanta Falcons, a team that was this close (imagine two fingers very close together) to firing head coach Dan Quinn in the middle of the season.

Last season, the Panthers suffered an injury to their franchise quarterback Cam Newton, placing the rest of his Carolina career in doubt and leaving an enormous question mark for new head coach Matt Rhule.

The Saints are potentially moving on from the stability that they’ve enjoyed for more than a decade in quarterback Drew Brees. Thankfully, they have some good backup options in Teddy Bridgewater and Taysom Hill -- except for the fact that they, too, are free agents.

And even associating the Buccaneers with the word “stability” is laughable, considering every single ball that left the hand of Jameis Winston made fans cringe with the all-too-likely possibility that it would end up in the hands of the other team. Now, Winston faces free agency, along with Shaq Barrett, Ndamukong Suh and other big names.

This will be a massive offseason for all of the teams in this division, and these are just some ideas that each team could consider. 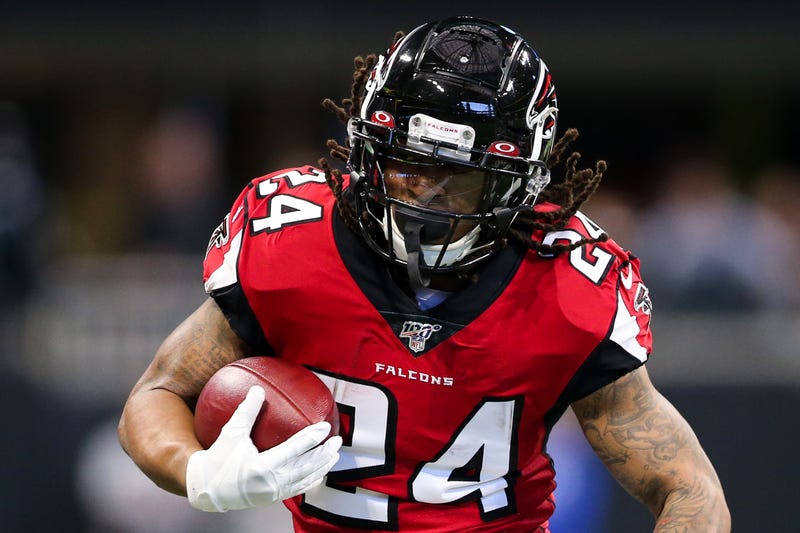 Devonta Freeman may have played his last game as a Falcon. Photo credit (Carmen Mandato/Getty Images)

How should we feel about the Falcons? Should we panic because they’ve gone 7-9 the past two seasons without making any significant changes in the player personnel, coaches or front office staff, despite quite a prominent in-season possibility that Dan Quinn would be fired? Or should we feel encouraged because they finished with the aforementioned 7-9 record after starting out 1-7, earning victories over the Saints and the 49ers along the way?

Regardless of how you look at the situation in Atlanta, one thing’s for sure: they don’t have too much money to make a ton of noise this offseason. With only $5.29 million in cap room according to OverTheCap.com, the Falcons don’t have the resources to retain players like Austin Hooper or sign intriguing free agents without moving around a lot of parts. Someone like Hooper is a lot more important to the team’s success than running back Devonta Freeman.

Freeman will cost the team $9.5 million this year on the roster, and, as the CBA currently stands, will only save the team $3.5 million if he gets cut. But there are ways they could potentially move on from Freeman for a greater benefit, including a potential agreement to alter the CBA this spring that would allow post-June 1 cuts save Atlanta more money, as pointed out by The Athletic’s Jason Butt. They could also look to trade the veteran.

Even if they were only able to retain $3.5 million and had to absorb the remaining $6 million, Freeman’s value wouldn’t cost much -- if anything -- to replace. He averaged a paltry 3.6 yards per carry and was outperformed by backups Brian Hill and Ito Smith, albeit in small sample sizes. Atlanta also spent two first round picks on offensive linemen last year in Chris Lindstrom and Kaleb McGary, hopefully making Freeman more dispensable. That said, the 28-year-old could still intrigue potential trade partners and trading Freeman would be preferable. Teams like the Buccaneers, the Lions and the Patriots may be in the market for a do-it-all running back, and the Falcons could opt for defensive help in return as opposed to the aging running back’s services. 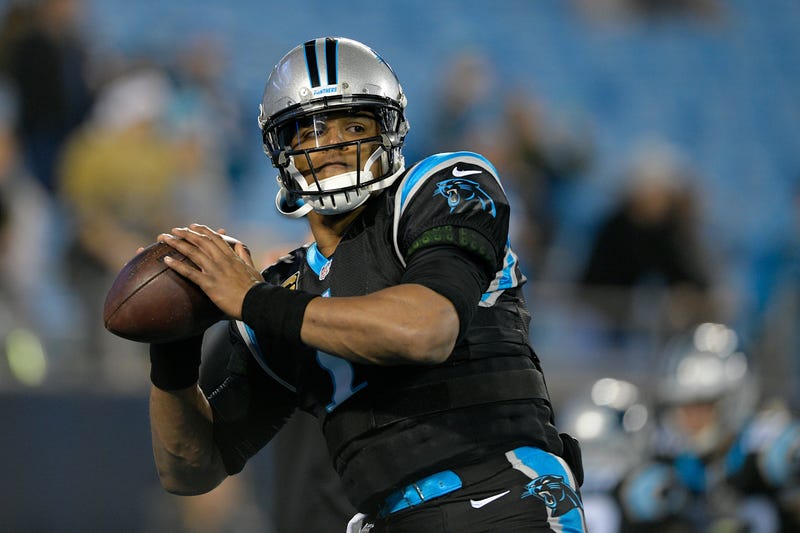 It’s decision time in Carolina, and there are a ton of layers to this one, single decision.

The jury seems to be out on Cam Newton taking his next snap as a Carolina Panther. RADIO.COM Sports NFL insider Brian Baldinger is just one of the many analysts who believes the team needs a clean slate. And in a draft where there are as many as five first-round quarterbacks and several slots to which a QB-needy team could trade up, it may seem logical to begin the rebuild with this year’s draft.

But the Panthers may want to go a different route. The first step would be to trade Cam Newton, a move which would open up a ton of cap room and warrant a solid return in draft picks from whatever team takes on the 2015 MVP. A trade seems difficult to pull off, too, as his health, his contract and the amount of teams that make sense are all obstacles in the way of this occurring. It doesn’t seem that the Panthers will cut ties with Newton to clear room for another quarterback, an idea that immediately drew a negative response from defensive lineman Gerald McCoy.

Gerald McCoy says that if the Panthers let a healthy Cam Newton walk, it would be the “dumbest thing they ever did.”

But that’s why, regardless of how it would happen, it would be a major splash if it happened. With a successful trade or release of Newton, the Panthers would have nearly $50 million in cap room according to OverTheCap.com (and another $48 million opening up for the 2021 offseason) to do whatever Matt Rhule, Marty Hurney, David Tepper and the rest of the organization wanted.

A solid move to kick off the rebuild that could help diehard Cam Newton fans get over the shift would be to sign free agent Teddy Bridgewater to a two or three year deal with logic pointing more toward the former. Spotrac projects Bridgewater’s market value to be at about $20 million per year, which might make Panthers fans wince given that Newton is slated to make less. However, Newton is slated to make more -- a lot more -- when it comes time for him to either extend his contract or hit free agency. And all the unpredictability surrounding his health makes one wonder if Carolina may take the “easy” way out and use Bridgewater in the short term. 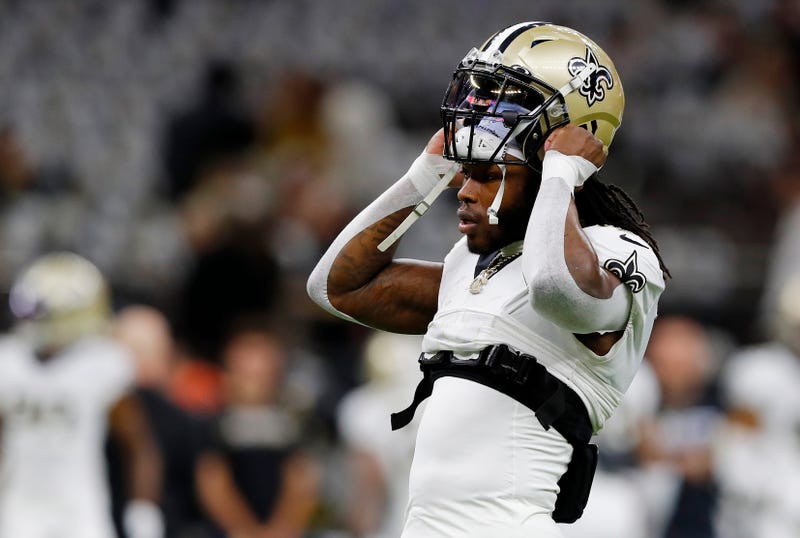 Is it worth using a first round draft pick on a running back? Perhaps not in many cases, depending on how early a team is selecting and the various team needs at hand. But an alternative question to posit is whether or not a running back is worth a deal that would pay him $15.5 million annually over a long term: just look at David Johnson ($13 million per year) and Todd Gurley ($14.3 million per year) and think about that value.

These are the options that the Saints will have to consider when looking at Alvin Kamara’s future beyond 2020, and this offseason is an optimal time to settle the issue in advance. There are a few possibilities.

The Saints could use their first round pick on D’Andre Swift, the electric Georgia product who has given initial impressions of a LeSean McCoy-type back with “greater impact” at the point of contact. He will likely still be available when the Saints pick at No. 24, though RADIO.COM’s Tim Kelly sees him going at No. 26 to the depleted Miami Dolphins offense. Either way, his value seems to indicate that it wouldn’t be too much of a reach to acquire a perfect replacement for Alvin Kamara for 2020 (in case of a holdout) and beyond.

There are numerous running backs available later on, too, such as Jonathan Taylor or J.K. Dobbins, but the absence of a second round pick for the Saints puts these picks at jeopardy of getting snatched up by someone else. 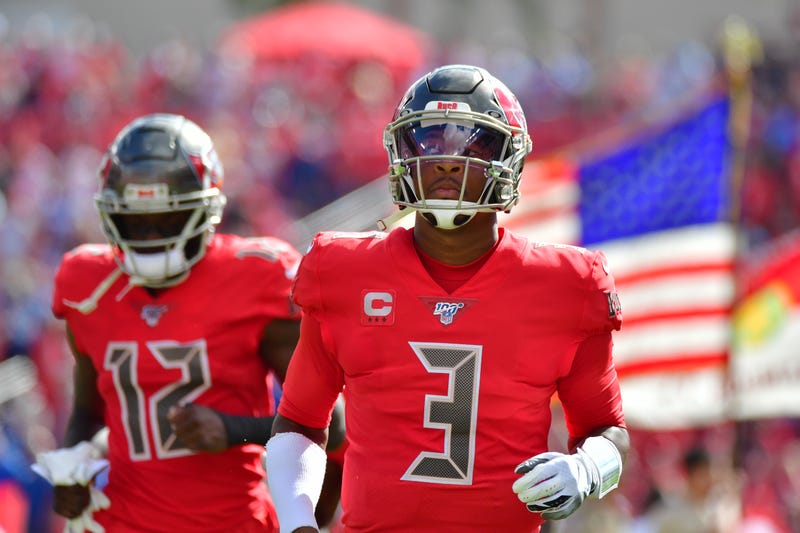 Bruce Arians was brought in for his renowned QB-whispering skills, and it manifested itself in one of the wildest rides a quarterback has ever had. Winston joined the prestigious 5,000-yard club, leading the league with 5,109. He started every game and threw for over 33 touchdowns after two straight years of uncertainty and inconsistency. And he made NFL history when he became the first quarterback with two consecutive games of 450 yards and four touchdowns.

Consequently, he had nine multi-interception games, topped off by a five-pick performance against the Panthers. He became football’s first 30 touchdown, 30 interception quarterback in history. And, most importantly for the purpose of this article, he led the Buccaneers to another mediocre season at 7-9. Tampa Bay hasn’t seen much success under Winston: the team is 28-42 when Winston is running the show.

Spotrac projects Winston’s market value to be $26.7 million per year as a result of his 2020 free agency. This would make him a top-10 highest-paid quarterback in the NFL, which seems odd, as very few, if any, analysts would consider him a top-10 quarterback.

So, why on earth would they bring him back? Bruce Arians is why.

Ben Roethlisberger was 24 years old and was coming off an 18 TD, 23 INT season with the Steelers when Bruce Arians was brought on board as the offensive coordinator. After a year with Arians, Roethlisberger was a Pro Bowler. Carson Palmer, after a rough go as the Raiders’ starting quarterback (8-16 record, 35 TD, 30 INT over two seasons), was brought into Arizona to play under Arians’ watchful eye. Palmer thrived under his new head coach, arguably hitting the peak of his career at age 36 when he led the 13-3 Cardinals with 4,671 yards, 35 TD, 11 INT and a league-high 77.1 total QB rating.

What’s to think that spending some more time with Jameis Winston, who is just 26 years old and finally developing solid chemistry with his dangerous receiving options, wouldn’t turn him into the top-10 quarterback that his projected contract suggests?