It's funny how a few years away can cure all (or enough) ills.

In December of 2014, the San Francisco 49ers parted ways with head coach Jim Harbaugh after four seasons. Harbaugh, from a wins and losses perspective, had been wildly successful as the 49ers' head coach. He had a 44-19-1 record as the team's head coach in the regular season, and led them to an appearance in Super Bowl XLVII. And yet, Harbaugh later admitted that his exit from San Francisco wasn't mutual - he was fired.

Prior to coming to the NFL, Harbaugh spent six seasons as a college head coach, four of which came at Stanford. In college, the head coach is the superstar. You can wear players down because they'll either graduate or leave for the NFL in five years or less and a new crop of 18 year olds will come in. From that sense, his intensity is perhaps best suited in the college game.

Still, Harbaugh had a .695 winning percentage in four seasons as an NFL head coach. He was perhaps a pass interference call away from winning a Super Bowl. Maybe he isn't geared to stay in one place for 12 years and counting like his brother, John, has in Baltimore. But, wouldn't a team like the Cleveland Browns - who have a roster littered with skill-position talent but seem to lack structure - sign up for a half decade of success? Whether Jim would be interested in coaching in the same division as his brother is a fair question, but after five seasons - and zero wins over Ohio State - at Michigan, his honeymoon there seems up. For the first time in some time, Harbaugh could potentially be intrigued by a second chance in the NFL.

It's just something to ponder now that the Browns have dismissed Freddie Kitchens. Remember, once upon a time, the Browns did try to trade for Harbaugh, according to RADIO.COM NFL Insider Jason La Canfora.

While Harbaugh is an outside-the-box candidate, here are the best candidates for NFL head coaching vacancies: 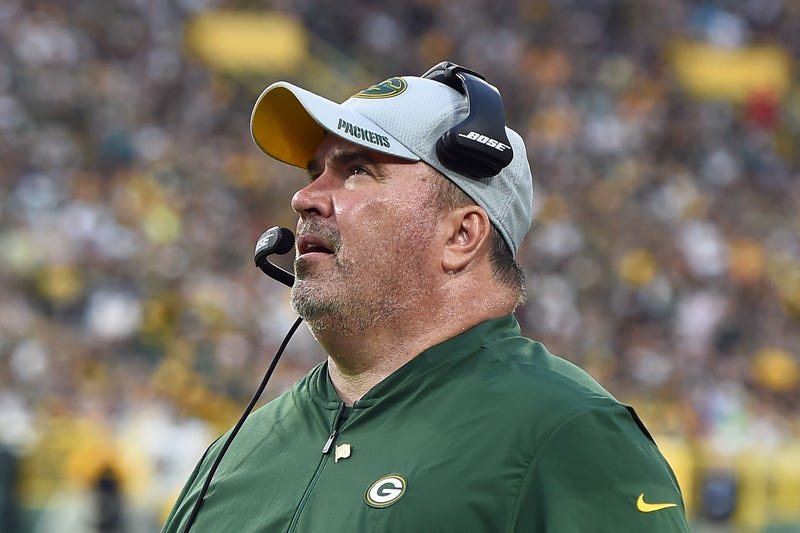 As hard as it may be to erase the scathing story Tyler Dunne of Bleacher Report wrote about the end of McCarthy's tenure in Green Bay, it's hard not to include him on this list.

The 56-year-old was the Packers' head coach from 2006-2018, posting a 125-77-2 record in the regular season. In the postseason, he led the Packers to a 10-8 record, including a victory over the Pittsburgh Steelers in Super Bowl XLV.

That said, one Super Bowl appearance in 13 seasons with either Brett Favre or Aaron Rodgers at quarterback doesn't reflect especially well on McCarthy. Neither does how much success the Packers have had in the first year of the Matt LaFleur era, following the team posting an 11-16-1 record in his final two seasons.

McCarthy will likely be a head coach in the NFL again. Whether he'll be a head coach in 2020 or not is less clear. It is worth noting that ESPN's Adam Scheter has reported that the Carolina Panthers have interviewed McCarthy for their head coaching vacancy. Additionally, Tom Pelissero of NFL Network says that McCarthy is a candidate in Cleveland. 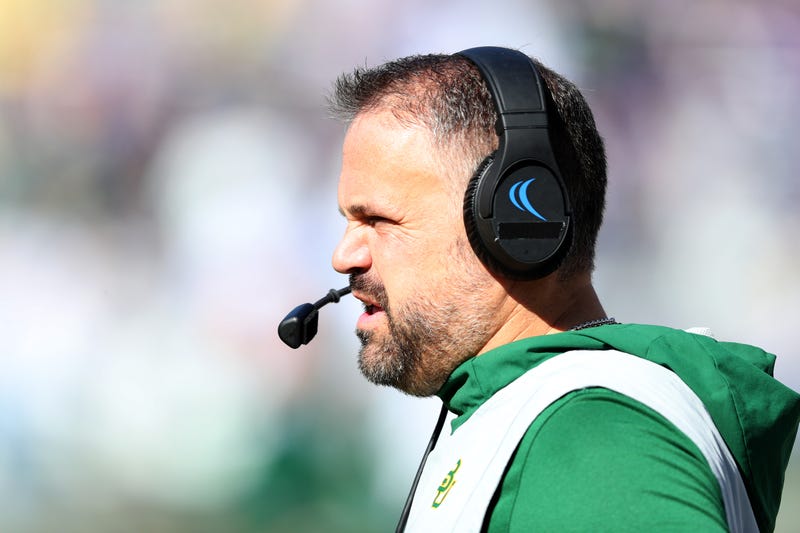 Rhule, according to the Dallas Morning News, was honest with his players at Baylor in a team meeting Sunday, essentially telling them that it would behoove him from a career sense to listen to what NFL teams have to say.

It would probably behoove those NFL teams to hear what the 44-year-old has to say as well.

In three seasons as Baylor's head coach, Rhule has helped to clean up the mess left by Art Briles' failure to disclose a sexual assault that he had become aware of. Amid sanctions, Baylor went just 1-11 in 2017, Rhules first season. However, they climbed all the way to 11-1 in 2019, allowing him to be named Big 12 Coach of the Year. Baylor, now the No. 7 ranked team in the country, will face No. 5 Georgia in the Allstate Sugar Bowl on Jan. 1.

Rhule's success at Baylor is on top of a pretty remarkable four-season stint as the head coach of Temple from 2013-2016. Typically thought of as a basketball school, Temple posted the only two 10-win seasons in the history of their program in Rhule's final two seasons as their head coach. They notably upset in-state rival Penn State 27-10 in 2015, something that would have previously been unthinkable and may never happen again.

It's easy then to see why Rhule is now on the radar of NFL teams, reportedly including the Carolina Panthers. If he doesn't get an NFL job this year, he figures to be considered for NFL openings for years to come. 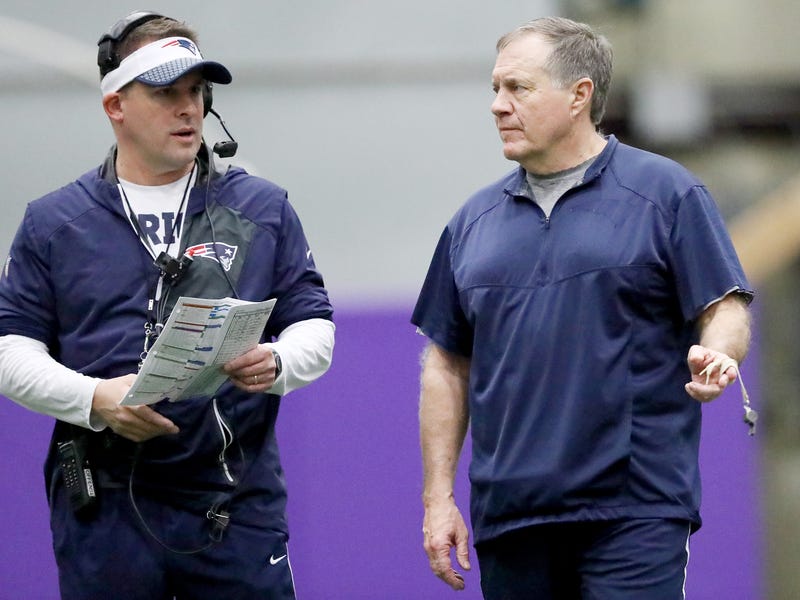 After reneging on his commitment to become the next head coach of the Indianapolis Colts after the 2018 season, it feels like it would take a perfect situation for McDaniels to leave New England, which is why he's not higher on this list.

It is fair to wonder, though, it the Patriots will continue to be as appealing to work for in the case of McDaniels.

Tom Brady's status for 2020 and beyond is unclear. There isn't a clear succession plan at quarterback if Brady retires or leaves in free agency.

Bill Belichick, 67, also suggested in October that he could imagine himself coaching into his 70s, so if McDaniels is the head coach in waiting, he may be waiting longer than initially anticipated. For as beloved as McDaniels is in New England, it's also fair to wonder if succeeding Belichick as Patriots' head coach is an attractive job.

The guess here is McDaniels, still only 43, will return to Belichick's staff in 2020. Next season will mark the 10-year anniversary of his second (and final) season during his unsuccessful stint as the Denver Broncos' head coach. One would think he's eager to have some success on his own. If an organization like the New York Giants, who have a young quarterback and superstar running back in place, were aggressive in pursuing McDaniels, it would be interesting to see how seriously he would consider them. Tom Pelissero of NFL Network says that McDaniels, who grew up in Ohio, could be intrigued by the Cleveland Browns' coaching vacancy as well. 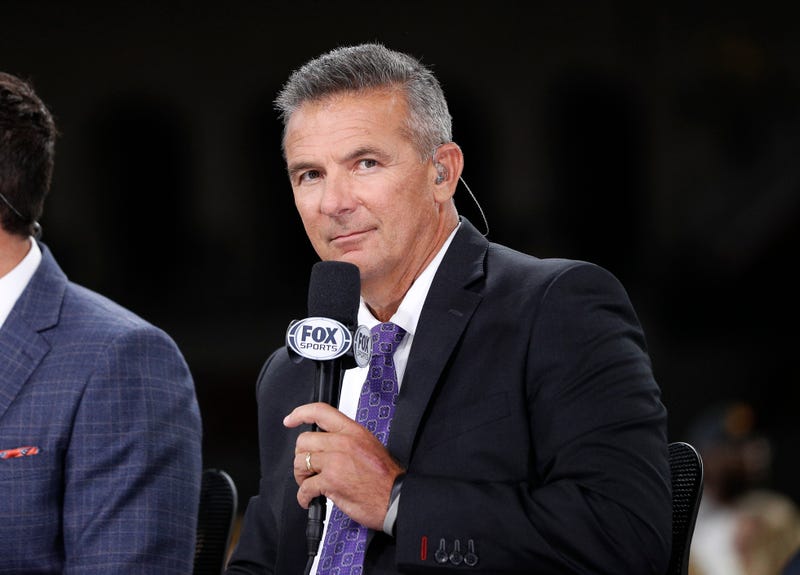 It appears unlikely that Nick Saban will ever take a second stab at being a head coach in the NFL, so the world may be left to settle for Meyer, a three-time National Champion head coach in college that has never coached in any role in the NFL.

Right or wrong, a year away from Ohio State seems to have allowed Meyer to distance himself from the scandal involving his knowledge of former assistant coach Zach Smith's abuse of his wife. Meyer was suspended for the first three games of the 2018 season, and ultimately retired from coaching, citing health reasons, after the season wrapped up.

Of course, Meyer twice cited health reasons at the end of his tenure as Florida Gators' head coach, including after the 2010 season, when he did ultimately walk away. That's not to say he didn't have legitimate health concerns, but he's continuously been pulled back to coaching and how much his named has surfaced in speculation for NFL jobs in the recent weeks and months probably isn't a coincidence.

Meyer is from Ohio, which would make him an interesting fit for the Cleveland Browns. It appears that the Washington Redskins will hire Ron Rivera to be their next head coach, but JP Finlay of NBC Sports Washington wrote over the weekend that Meyer could be considered for an executive role in Washington. The Redskins parted ways with long-time team president Bruce Allen after their season concluded Sunday.

It may make the most sense for Meyer to decline NFL offers and only seriously weigh offers from top universities, but the 55-year-old doesn't have much to prove at that level. There's also no recruiting in the NFL. So one could see how a year off has allowed Meyer to feel like the NFL may be his best option if he decides to return to coaching (or football as a whole). 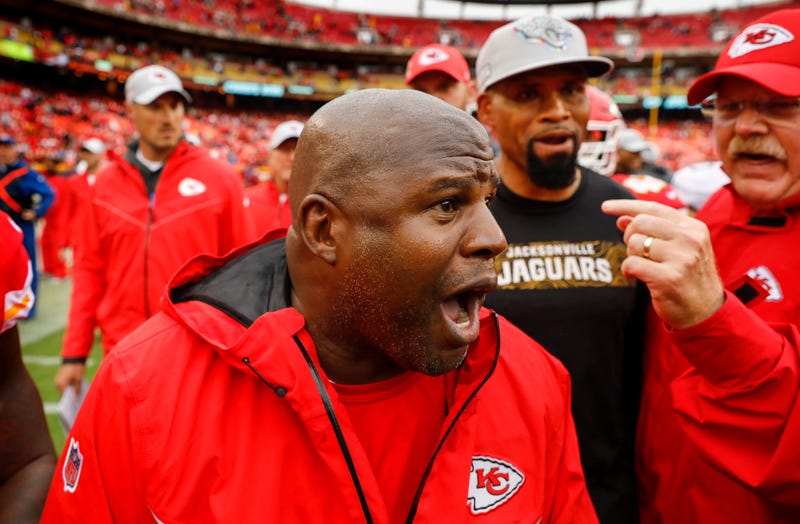 If you become Andy Reid's offensive coordinator, there's a pretty good chance it's your last stop before getting a head coaching job.

Brad Childress was Reid's offensive coordinator from 2002-2005 in Philadelphia, before being hired as the Minnesota Vikings' head coach.

Doug Pederson was Reid's offensive coordinator in Kansas City from 2013-15, before taking over as the Eagles' head coach in 2016.

Matt Nagy replaced Pederson as Chiefs' offensive coordinator in 2016, a post he held for two seasons before becoming the head coach of the Chicago Bears in 2018.

Now, it appears like it's time for Bieniemy, Nagy's replacement, to get his chance to lead a team. Ian Rapoport of NFL Network says that the Carolina Panthers "have submitted a request" to interview" Bieniemy.

Bieniemy, 50, has been on the Chiefs' staff since 2013, Reid's first year in Kansas City. Over the past two seasons, the Chiefs have become one of the most explosive offenses in the sport, led by Patrick Mahomes. However, Mahomes missed two and a half games with a dislocated knee cap and the Chiefs still finished with the No. 4 ranked passing attack in 2019.

Reid, who has been a head coach in the NFL every season since 1999, said earlier this month that he thought Bieniemy was ready to be a head coach after the 2018 season. While he interviewed for four head coaching jobs, he ultimately wasn't hired for any. The guess here is he will be ahead of the 2020 season. 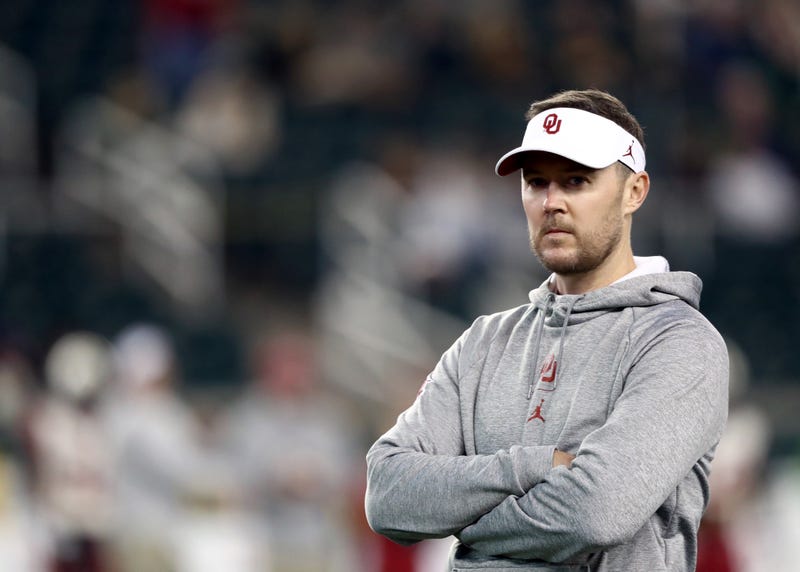 If potential NFL suitors were basing their interest in Riley on how his team did in the College Football Playoff, he was probably crossed off their list of candidates this past weekend. Riley's Oklahoma Sooners were blown out, 63-28, in the Chick-Fil-A Peach Bowl by the No. 1 LSU Tigers Saturday.

Of course, if you're basing your interest in a head coaching candidate on how they do in one individual game where they clearly have an inferior team, your organization probably has bigger problems.

The reality is that Riley, 36, has seamlessly replaced Bob Stoops in Oklahoma. In three seasons with Riley as head coach, the Sooners have gone 36-6. While they've lost in the College Football Playoffs in each of his three seasons, it's no small feat to reach the final four in your first three seasons as a head coach.

Jalen Hurts didn't win the Heisman Trophy in 2019, but he was a finalist. The Alabama transfer was perhaps the most impressive example of Riley's quarterback prowess. Hurts vastly improved as a passer after transferring to Oklahoma, as he threw for 32 touchdowns and over 3,800 yards in 2019 (in addition to 1,298 rushing yards).

After Freddie Kitchens was unsuccessful in his one season as Browns' head coach, it seems unlikely the organization would hire another first-time head coach. That said, Riley would be an interesting fit there given his past connection with Mayfield. He would also be an intriguing option in Dallas, where there's a ton of offensive talent, but a real feeling that the team has underachieved under Jason Garrett (a decision on Garrett's future hasn't been made at the time of this publication).