Since the outset of the 2019 NFL season, Baltimore Ravens quarterback Lamar Jackson has gone from a talented player that many had reservations on to the face of the sport.

Jackson, who won the Heisman Trophy in 2016 while playing at Louisville, is almost certainly going to be the 2019 NFL MVP. The second-year pro broke Michael Vick's single-season rushing record for a quarterback in a blowout victory over the New York Jets in Week 15. Still just 22, Jackson also leads the league in touchdown passes, and will lead the Ravens into 2020 as the favorites to win Super Bowl LIV.

With Jackson's dominance in 2019 in mind, here are RADIO.COM's seven best individual NFL seasons in the 2010s: 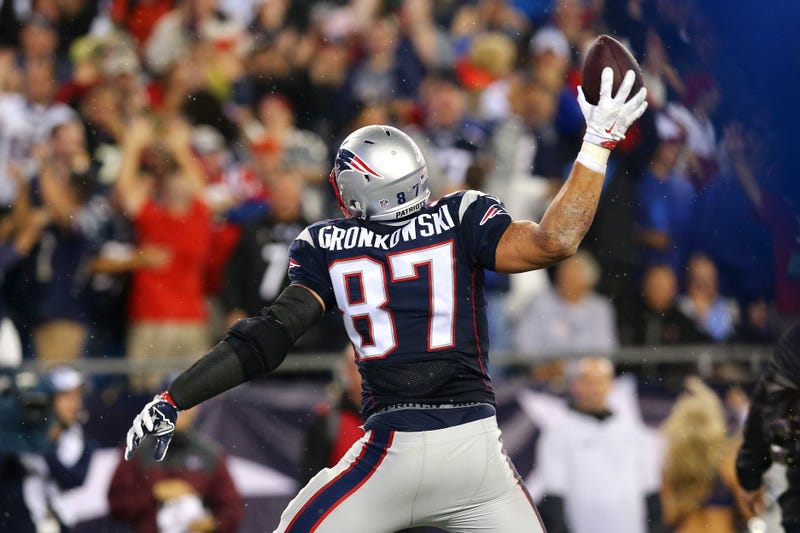 How dominant was Rob Gronkowski? Tom Brady won two NFL MVP Awards, three Super Bowls and probably his status as the greatest quarterback of all time this decade. And yet, at times, he wasn't even the best player on his own offense.

Though he doesn't have the counting numbers of Tony Gonzalez and Shannon Sharpe, Gronkowski's nine NFL seasons probably represent the most dominant career a tight end has had in NFL history.

Peak Gronkowski - at least from a football sense - came in 2011. In his age-22 season, Gronkowski had 90 catches for 1,327 yards and a league-leading 17 touchdown receptions, staggering numbers for a tight end. Gronkowski was named a first-team All-Pro in 2011 for the first of four times during his illustrious - albeit, brief - career. 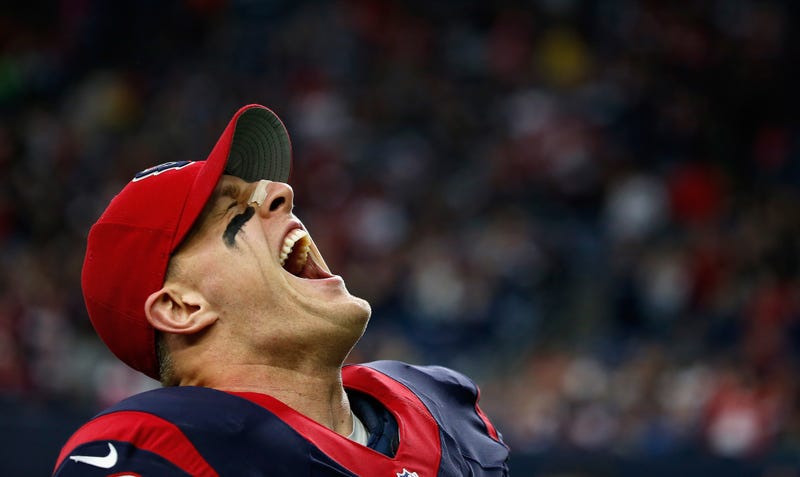 Don't let the injuries that have dominated the last four seasons of Watt's career cloud the fact that between 2012 and 2015 he had one of the most dominant four-year stretches that a defensive player has ever had.

With all due respect to Aaron Donald, Von Miller and Earl Thomas, Watt turned in the best individual defensive season of the decade in 2014.

For the second time in three seasons, Watt posted 20.5 sacks in 2014. Additionally, he had four forced fumbles, five fumble recoveries, 10 passes defended, and two touchdowns, one on an interception and one on a fumble recovery. Watt was named a first-team All-Pro and NFL Defensive Player of the Year in 2014, honors that he wasn't receiving for the first or last time.

Even if injuries have largely kept him off the field during the second half of his career, Watt is a likely Hall of Famer, with 2014 standing as his best individual season. 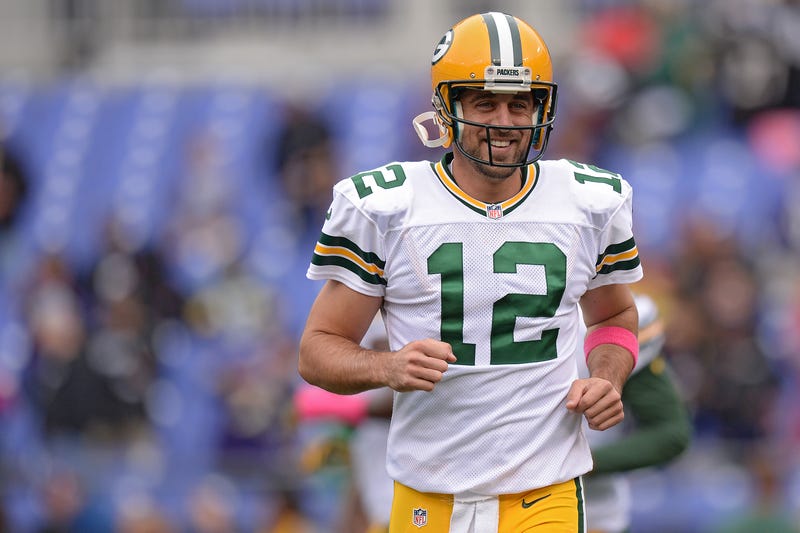 At the conclusion of his career, Aaron Rodgers isn't going to be the greatest statistical quarterback of all time. But there are a percentage of NFL observers that would tell you that at the height of his powers, Rodgers played the quarterback position as well (if not better) than anyone in history.

In 2011, Rodgers won the first of two NFL MVP Awards, as he tossed 45 touchdowns to just six interceptions, while racking up 4,643 passing yards. He led all quarterbacks in touchdown percentage, yards gained per pass attempt, quarterback rating and QBR in 2011. Additionally, he did all this in 15 games, as the 14-1 Packers elected to rest him in Week 17 ahead of the postseason.

Rodgers would win another NFL MVP in 2014, part of a remarkable decade where he not only established himself as the greatest quarterback in Packers' history, but one of the 10 best (if not higher) in NFL history. 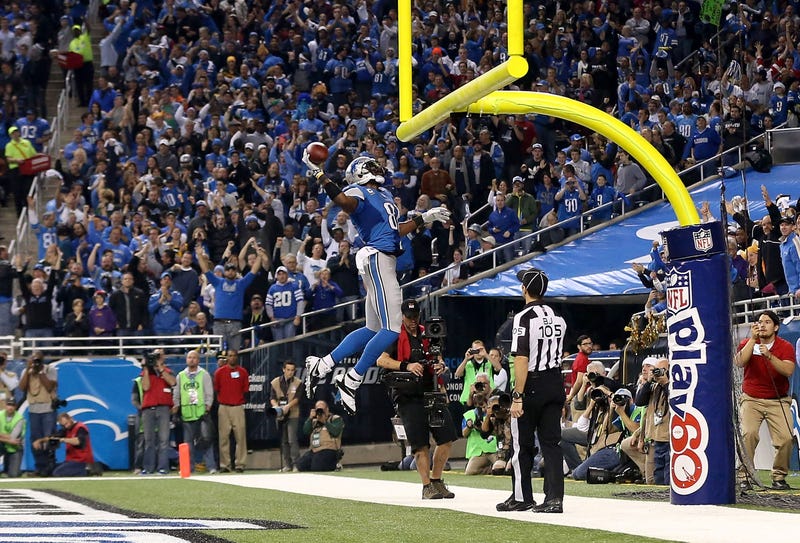 In 2011, Detroit Lions wide receiver Calvin Johnson turned in one of the most impressive individual seasons that a wide receiver has ever had, hauling in 96 catches for 1,681 yards and 16 touchdowns. That season was considered for inclusion on this list.

Remarkably, though, Johnson topped that campaign just a year later.

Johnson, the No. 2 overall pick in the 2007 NFL Draft, retired after the 2015 season, before what would have been his age-31 season. Though he remains on poor terms with the Lions' organization, he's the second greatest player in the history of their franchise, and likely to join the first, Barry Sanders, in Canton one day. 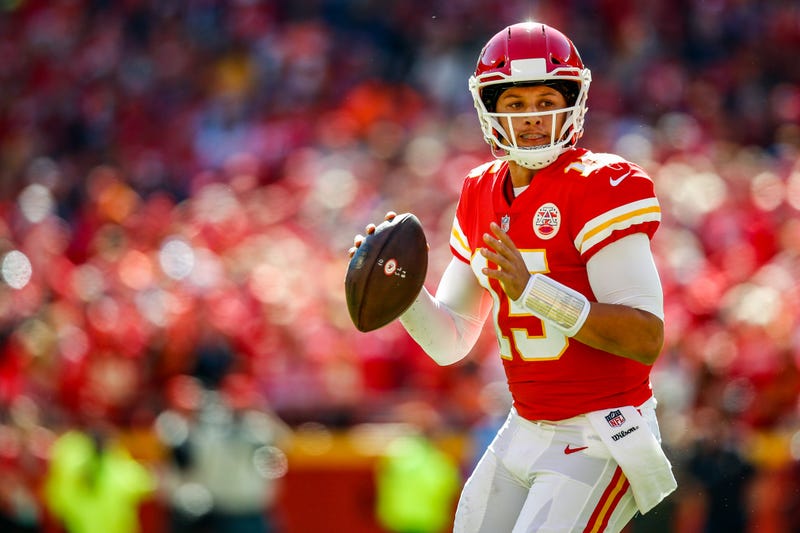 There's a case to be made that the two most exciting quarterbacks to watch in NFL history are Brett Favre and Aaron Rodgers. In 2018, Patrick Mahomes combined the best aspects of the two to turn in one of the most special seasons in NFL history.

After sitting behind Alex Smith in his rookie season, the Chiefs traded Smith to the Washington Redskins, opening up the starting quarterback job for Mahomes, who they selected out of Texas Tech with the No. 10 overall pick in the 2017 NFL Draft.

In his first season as a starter, Mahomes led the Chiefs to a 12-4 record, while winning the NFL MVP and being named a first-team All-Pro. Mahomes became the seventh player in NFL history to throw for over 5,000 yards in a single season, while joining Tom Brady and Peyton Manning as the only players in NFL history to throw 50 touchdown passes in one year.

Of the names on this list, Mahomes, still just 24, is the most likely to end up on a similar list at the conclusion of the 2020s. 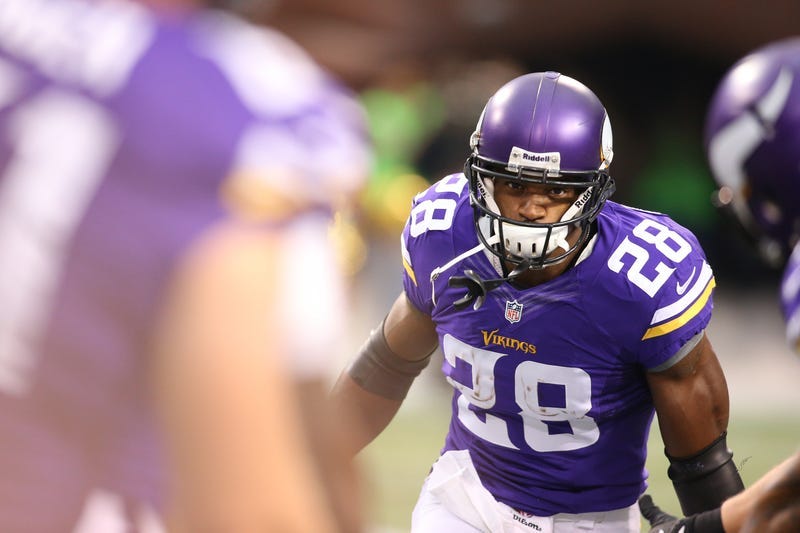 How dominant of a season do you have to have to prevent Peyton Manning - in his first year back from a career-threatening neck injury - from winning Comeback Player of the Year and NFL MVP?

Only as dominant of a one as Adrian Peterson had in 2012.

2011 was the only season in Peterson's first seven NFL seasons that he didn't rush for 1,000 yards, as he was limited to 12 games. In a Week 16 win over the Washington Redskins, Peterson tore his ACL, which not only ended his 2011 season, but figured to cut into his 2012 season.

Instead, Peterson didn't miss a single game during the 2012 season. He averaged six yards a carry and led the league with an average of 131.1 rushing yards per game. He finished the season with 2,097 rushing yards. In what some thought would become a lost season, Peterson became the seventh player in NFL history to rush for 2,000 yards in a single season. He finished just eight yards shy of Eric Dickerson's record for most rushing yards in an individual season.

Additionally, Peterson led a team that was quarterbacked by Christian Ponder and didn't have a single receiver with more than 680 receiving yards to 10 wins and a Wild Card berth.

For his troubles, Peterson was voted NFL MVP, NFL Comeback Player of the Year and a first-team All-Pro following one of the greatest seasons a running back has ever had. 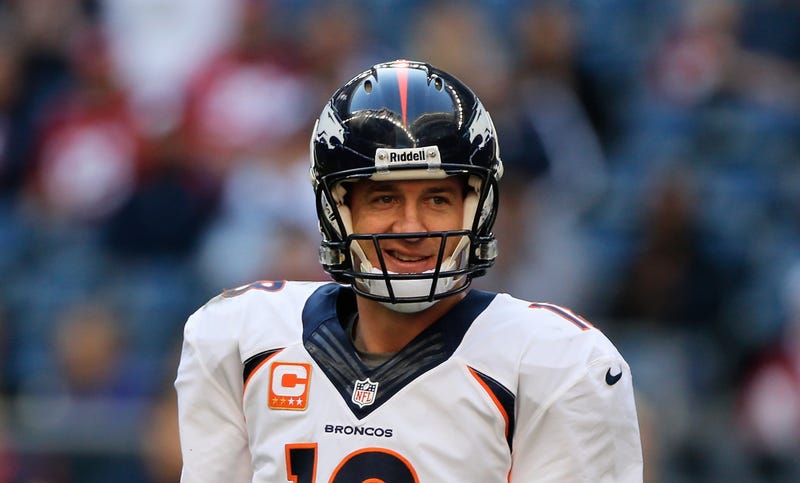 Football changed so much over the course of Peyton Manning's illustrious 17-year career that it's hard to compare his seasons in Denver to those in Indianapolis, let alone to legends that played before he did.

Rule changes acknowledged, Manning's 2013 season was not only the most dominant statistical season of his career, but of any quarterback to ever play in the NFL.

Manning was a first-team All-Pro in 2013 for the seventh time and won his fifth NFL MVP Award, both of which are league records.