Even with a salary cap, how much each majority NFL owner is worth still carries value. It determines how aggressively teams spend within the constraints of the salary cap, and what type of resources are available the the organization.

We should note, the Green Bay Packers are publicly owned, and because of deaths and recent ownership transitions in many cases, information was not immediately available on the net worth of controlling owners for the Houston Texans, Denver Broncos, Tennessee Titans, Seattle Seahawks, Pittsburgh Steelers, Arizona Cardinals or Cincinnati Bengals.

Here, according to Celebrity Net Worth, is a look at the net worth of some of the NFL's most prominent owners: 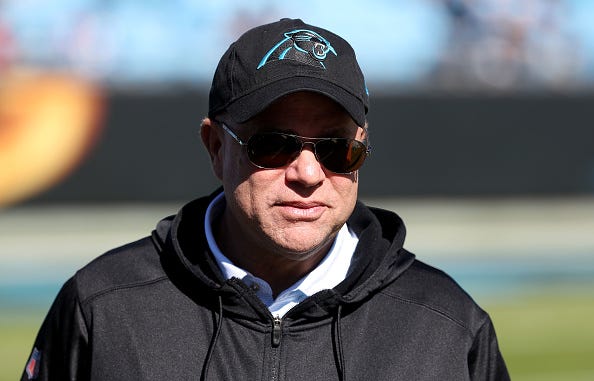 Welcome to the Club, Mr. Tepper

David Tepper has only owned the Carolina Panthers since May of 2018, but he's the wealthiest owner in the NFL, despite reportedly paying former owner Jerry Richardson $2.3 billion when he purchased the team. Tepper, a former minority owner of the Pittsburgh Steelers, made a majority of his wealth by founding the hedge fund giant Appaloosa Management. This is after he held multiple high-ranking positions at Goldman Sachs. Additionally, Celebrity Net Worth notes that several key decisions early last decade helped Tepper to grown his wealth, saying "he reportedly sold interests in Yahoo, Pfizer, HP, and Bank of America, and purchased additional stakes in oil refineries and General Motors." Tepper is also the owner of the Charlotte MLS franchise, will is expected to debut during the 2021 season. 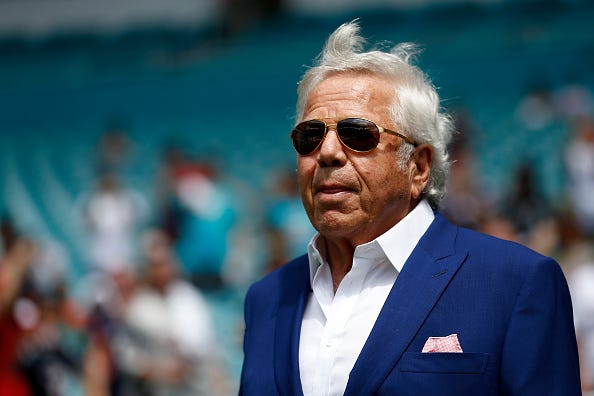 Robert Kraft is one of the most successful owners in sports history. Photo credit (Michael Reaves/Getty Images)

Perhaps the NFL's most recognizable owner, Robert Kraft has helped guide the New England Patriots to 10 AFC titles and six Super Bowl appearances since he bought the team in 1994. Kraft actually beat out eventual Philadelphia Eagles' owner Jeffrey Lurie for the chance to buy the team. Kraft is the CEO of The Kraft Group, which owns the Patriots, the New England Revolution, Gillette Stadium and a host of other properties. Kraft bought the Patriots for $175 million in 1994, and FORBES now says that the franchise his worth $4.1 billion, the second highest valuation among NFL teams. 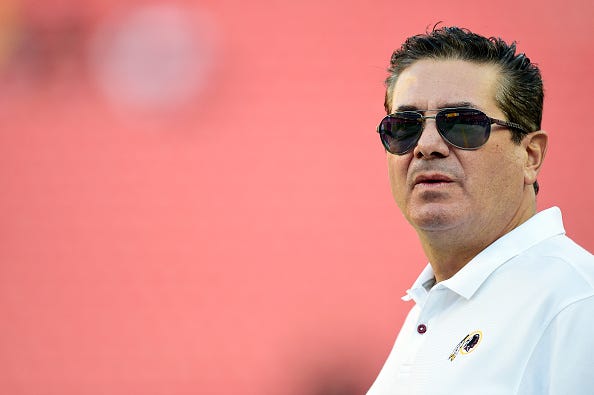 Daniel Synder purchased the the Washington Redskins in 1999, and despite being worth slightly more than his NFC East rival Jeffrey Lurie, the Philadelphia Eagles have had significantly more success over that time period. Thanks in large part to the coaching prowess of Andy Reid and Doug Pederson, the Eagles have won nine division titles, two NFC titles and Super Bowl LII. Over that same stretch, the once-proud Redskins have reached the postseason just five times and only have two playoff wins to show for it, with the last one coming in 2005. During Synder's run as the owner of the Redskins, the team has been defined by poor free agent signings and dysfunction. There's hope that new head coach Ron Rivera will bring a level of stability to the franchise, but from a wins and losses perspective, Synder - who founded Synder Communications Inc. in 1988 - has had an unsuccessful tenure as Washington's owner. 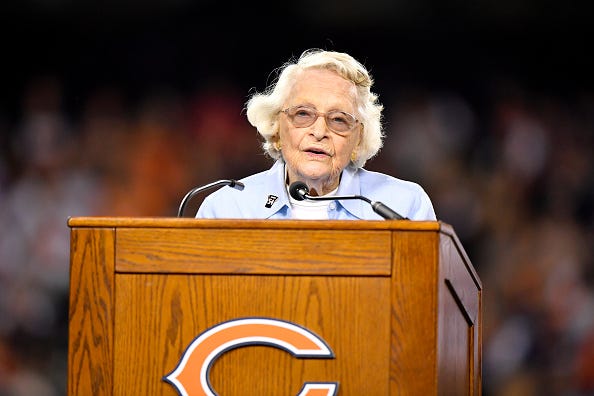 It’s a Family Business in Chicago

Someone with a family connection to Virginia Halas McCaskey has owned the Bears since 1936. Hall of Famer George Halas, in addition to other responsibilities within the organization, owned the team from 1936 until shortly before his death in 1983. Since that time, his daughter, Virginia Halas McCaskey, has been the team's owner. For better or for worse, the McCaskey family has had their fingerprints all over the last four decades of Bears' football and Halas McCaskey, now 97, is both the oldest and longest-tenured owner in the sport. 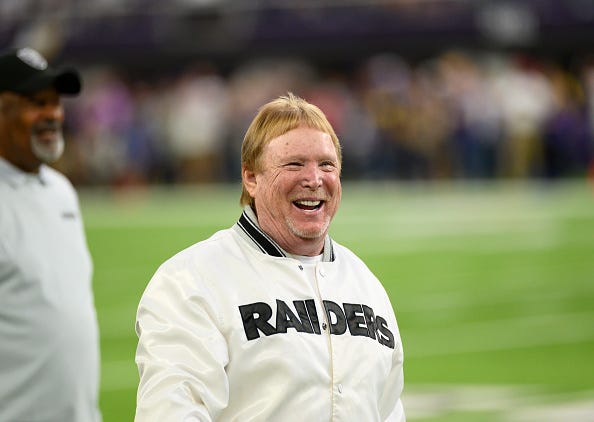 Martha Firestone Ford inherited the Detroit Lions from her late husband William Clay Ford Sr. when he passed away in 2014. Despite having ties to two families that are titans of the auto industry, the 94-year-old is one of the least wealthy owners in the NFL. Even though she inherited the team at such a late stage in life, Firestone Ford has held the team to a very high standard since becoming the controlling owner.

Meanwhile, Mark Davis, son of Hall of Famer Al Davis, is by far the least wealthy owner in the NFL. Dating back to the final years of his father's life, the Raiders haven't had much success over the last two decades. The hope is that a move to Las Vegas will not only make the team more profitable, but usher in a new era of the franchise that was one of the NFL's most successful organizations.

music
Jared Leto to play the Joker in Zack Snyder’s ‘Justice League’ for HBO Max
news
Petition calls for converting one of the last standing Blockbuster Video stores into a museum
news
Parents name their daughter after internet provider to get free WiFi for 18 years
news
COVID pandemic will lead to ‘horrible winter’ before it gets better, experts warn
news
COVID outbreak at nursing home infects every resident, kills 10
music
Tegan and Sara’s memoir is getting turned into a TV show