While reigning NFL MVP Patrick Mahomes led the Kansas City Chiefs to a victory in New England last week, he's not going to be a repeat winner of the award in 2019.

Make no mistake, the 24-year-old has had another excellent season. Mahomes has thrown for over 3,200 yards, and has 21 touchdown passes to just three interceptions.

That said, a dislocated patella cost him nearly three full games in 2019. Whether it should or not, that will be held against Mahomes. Additionally, one of the keys to winning an NFL MVP Award is having the narrative on your side. In most instances, Mahomes isn't even mentioned in NFL MVP discussions.

So while Mahomes may very well enter 2020 as the odds-on favorite to win the NFL MVP, he's not going to repeat as the winner. That will leave Peyton Manning as the most recent repeat winner of the award, as he won two of his record five NFL MVP Awards in 2008 and 2009.

Ahead of Week 15 of the 2019 NFL season, here are RADIO.COM's top five NFL MVP candidates: 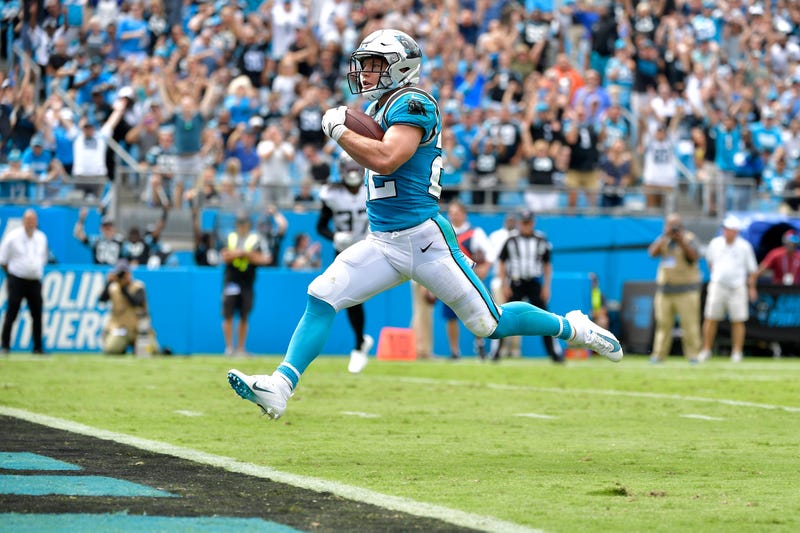 The Panthers are 5-8, recently relieved Ron Rivera of his duties as head coach and face an uncertain future at quarterback.

With that, McCaffrey's NFL MVP train has understandably lost steam. It's hard enough to win the award when you aren't a quarterback, let alone when you're a non-quarterback on a team that isn't in playoff contention.

All that said, McCaffrey has developed into the NFL's most complete running back in 2019. The 23-year-old is averaging five yards per carry, and has racked up 1,220 rushing yards in his third NFL season. On top of that, he has 86 catches for 726 yards. McCaffrey has tallied 16 total touchdowns in 2019.

So while the Panthers season has devolved into a disaster, McCaffrey is having one of the most complete seasons that a running back has had in recent memory, and that shouldn't be lost 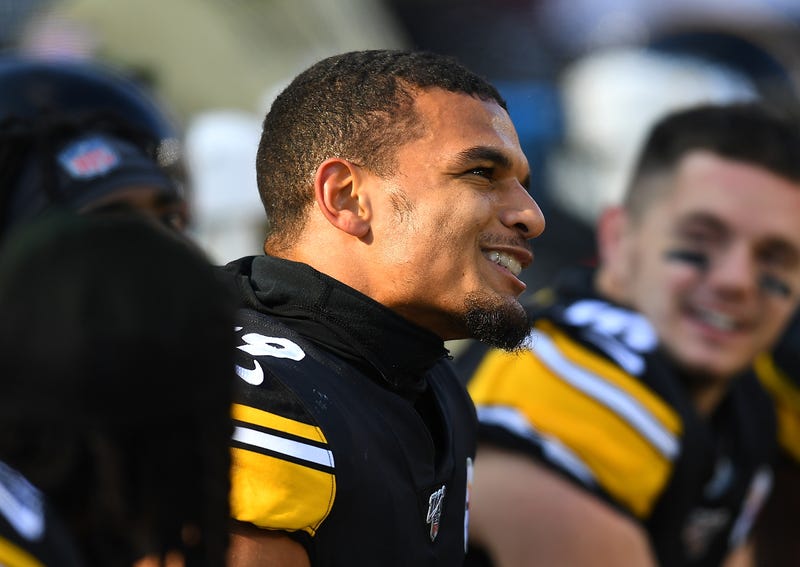 Minkah Fitzpatrick has proven to be a great addition for the Steelers. Photo credit (Joe Sargent/Getty Images)

There was certainly some head scratching done when the 0-2 Steelers - who had already lost future Hall of Famer Ben Roethlisberger for the season - traded a first-round pick, among other things, to acquire Fitzpatrick on Sept. 16.

No one is scratching their heads anymore.

Since that time, the Steelers are 8-3, and enter Week 15 in control of the AFC's second Wild Card spot. That success hasn't come because of elite quarterback play, it's largely been based on what's been a top-five defensive unit.

Fitzpatrick, a 2018 first-round pick, has five interceptions, a forced fumble, two fumble recoveries and 46 combined tackles in 11 games since being traded to the Steelers. There was a lot of focus on who may trade for All-Pro cornerback Jalen Ramsey, but Fitzpatrick has proven to be the best in-season addition in 2019. 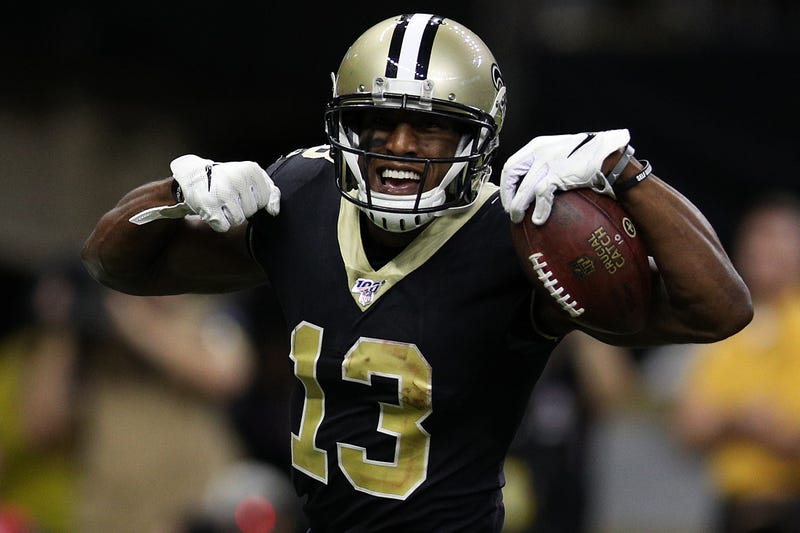 Michael Thomas has had another dominant season in 2019. Photo credit (Chris Graythen/Getty Images)

We don't talk enough about how Thomas, 26, is having a Hall of Fame-caliber career.

The Saints rewarded Thomas with a five-year/$96.25 million contract after he was an All-Pro for the first time in 2018. He's followed that up by rewarding the Saints with an even better 2019 campaign.

Despite future Hall of Famer Drew Brees missing nearly six games, Thomas has 121 catches for 1,424 yards, both of which lead the NFL. He's one of the major reasons that the Saints were able to go 5-0 in the five full games that Brees missed. The Saints are 10-3, have already clinched the NFC South and find themselves in the thick of the race for one of the two first-round byes in the NFC playoffs.

As mentioned, Thomas, a 2016 second-round pick out of Ohio State, is putting himself on the fast track to Canton. In 60 career games, Thomas has 442 catches for 5,211 yards and 30 touchdowns. 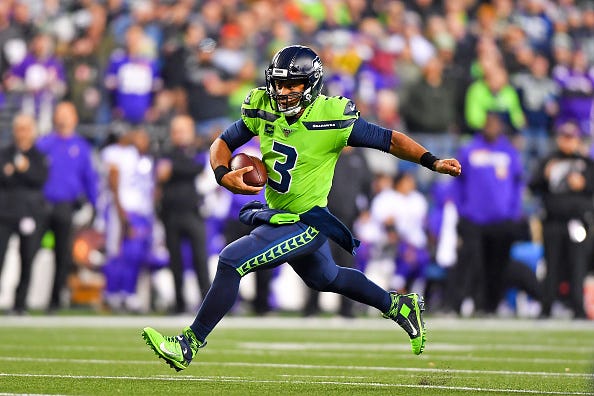 Russell Wilson has had the best season of his career in 2019. Photo credit (Alika Jenner/Getty Images)

It's almost too bad Russell Wilson picked 2019 to have the best season of his illustrious career.

The problem is, he's almost certainly going to finish second in NFL MVP voting. And even though the Seahawks are 10-3, they trail the 11-2 San Francisco 49ers in the NFC West, and find themselves in danger of having to go on the road on Wild Card Weekend.

Still, 2019 has been the signature season in a career that looks increasingly certain to end with Wilson in the Hall of Fame. 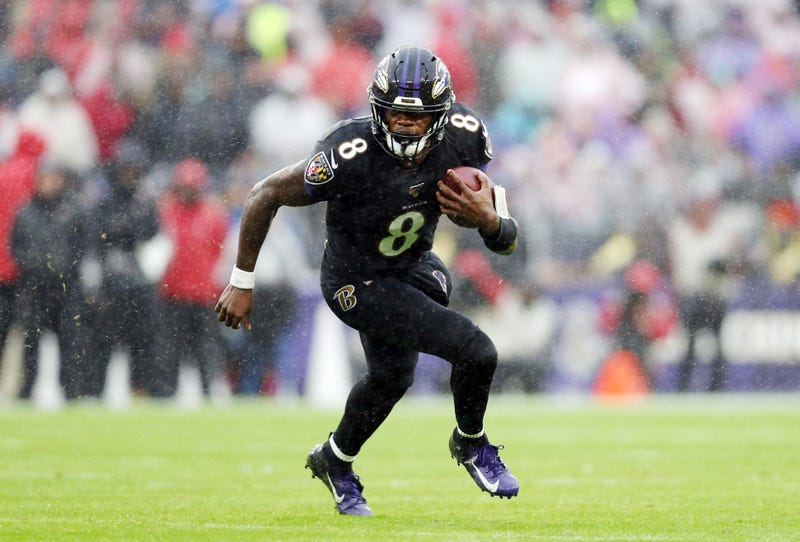 Though there was a time where it appeared Wilson was pushing him for the NFL MVP, Jackson may ultimately end up winning the award unanimously.

Less than two years removed from some NFL scouts and executives suggesting he may be best-geared to play wide receiver at the pro level, Jackson is on path to become the ninth player in history to win both the Heisman Trophy and NFL MVP.

Between him silencing critics and leading the Ravens to an 11-2 record, the NFL MVP narrative is on Jackson's side, as well it should be.