Buzz stemmed from tweets as seemingly innocent as RADIO.COM Sports' own Chris Emma's post on the first Sunday of the 2020 NFL season, which Robinson liked.

Allen Robinson should get paid a lot of money sometime by March, whether that's by the Bears or someone else.

And it also stemmed from much more obvious signals, such as the receiver removing the Chicago Bears from his Twitter bio and making some changes to his Instagram account.

Allen Robinson has taken the Chicago Bears out of his bio and has since deleted all of his ‘Bears’ photos on his Instagram. pic.twitter.com/UC9oiLlIAh

Then came the reports of trade requests and contract frustration, and the trade buzz has reached an all-time high.

Can you really blame Robinson? After all, he's posted Pro Bowl numbers with Blake Bortles, Chad Henne, Mitch Trubisky and Chase Daniel throwing him the ball over the course of his career -- not exactly an exciting group, if you ask me.

His teammates certainly want him to stay, with Tarik Cohen, Anthony Miller and Cordarrelle Patterson among the Bears who voiced their support on Twitter with an #ExtendAR hashtag.

However, should the Bears choose not to extend him and/or offer him the money he's hoping for as a top-tier wideout in his prime, let's take a look at five teams who should be calling Ryan Pace and looking to snag the wide receiver for 2020 and beyond. 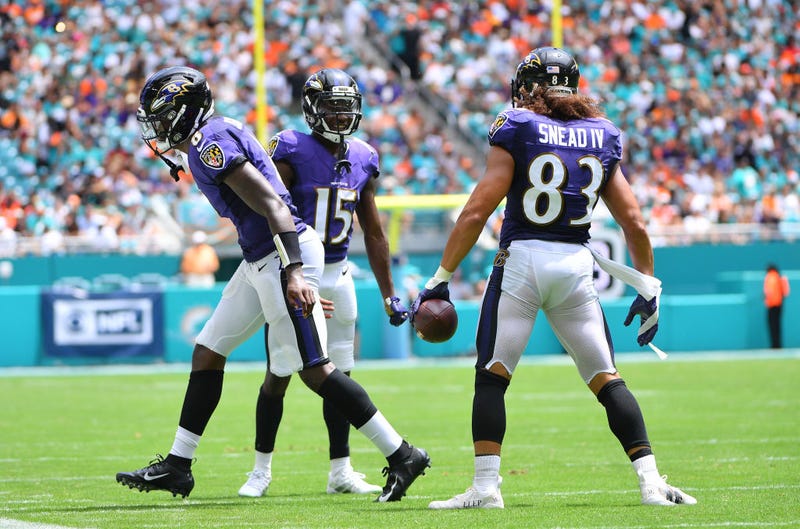 Already the favorites to win the Super Bowl according to many fans and sportsbooks -- for instance, they're tied with the Chiefs on DraftKings for the best odds at +550 -- the Ravens aren't lacking in many areas. Wide receiver is one where you could find fault, however, as 2019 rookie Marquise Brown is far and away the biggest outside threat. Though there is a wealth of young talent including Brown, Miles Boykin and Devin Duvernay, adding an established option to Lamar Jackson's arsenal would make this offense nearly unstoppable.

The Ravens were in the market this offseason for Antonio Brown, meaning they were certainly interested in the idea of a top-tier wideout joining their corps. With plenty of cap space for 2021 ($52.3 million) and beyond, the Ravens have room to make a splash (via Over The Cap). 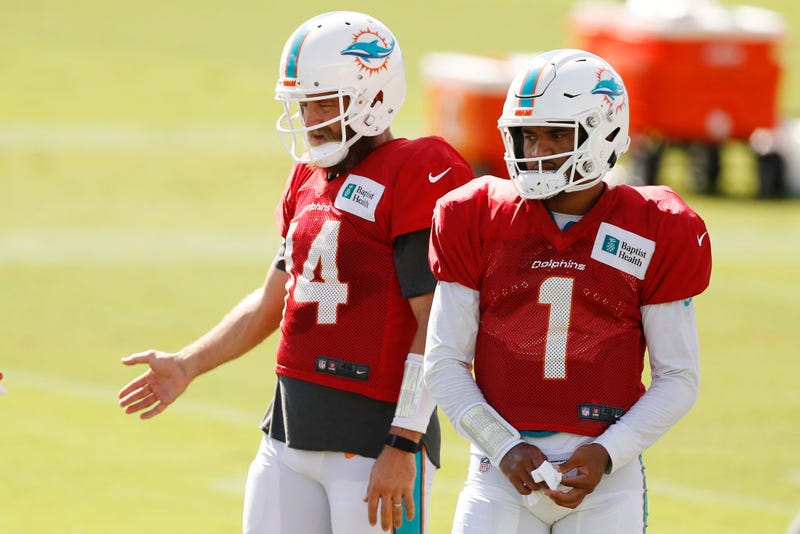 DeVante Parker led the Dolphins in Week 1 with four catches for 47 yards, making his hamstring injury especially concerning going forward for the Dolphins. Behind Parker is the intriguing Preston Williams and a depth chart including Jakeem Grant, Isaiah Ford and Mack Hollins -- nothing that would provide Ryan Fitzpatrick and eventual starter Tua Tagovailoa with too much confidence.

This isn't necessarily a team with win-now aspirations, but that may make them even more of an enticing fit for Robinson. After all, he could sign a long-term deal and have one of the most exciting quarterbacks in the NFL at the helm of the offense by 2021 or 2022 in Tagovailoa. Robinson, who is only 27, would still be in his prime. The Dolphins opted out of taking a receiver early on in the 2019 NFL Draft, making this move a sensible one for a rebuilding team that's poised to break out soon. 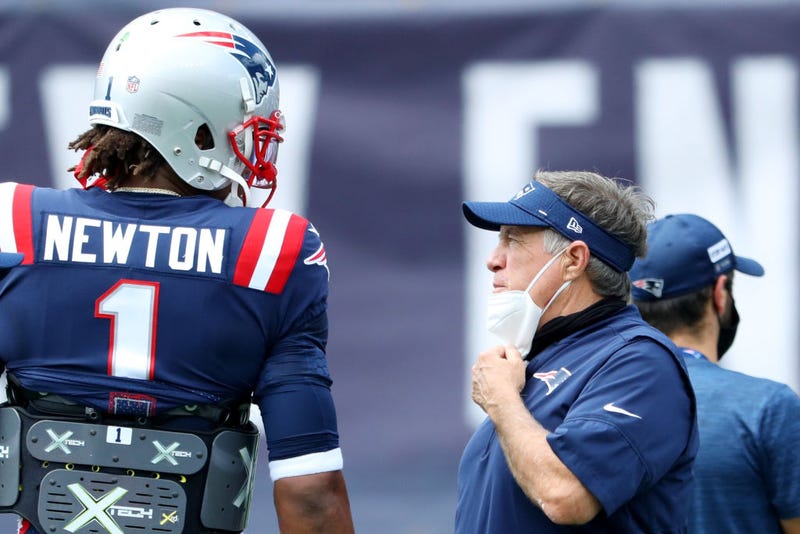 This one certainly seems to be the favorite on Twitter, if only because of the heavy presence of Pats fans on social media. But it makes sense, too. Cam Newton's debut in Foxborough was an impressive one, but he didn't exactly establish a connection with any of his receivers. Julian Edelman led the way with five catches, and N'Keal Harry was the only other wide receiver to catch a pass with three receptions for 39 yards.

Bill Belichick can not only laugh off the idea that the Patriots were going to be tanking in 2020 but can make them definitive favorites to win the AFC East by equalling the Bills' offseason addition of Stefon Diggs with their own acquisition of an elite wideout. It also doesn't hurt that the Pats currently have the fourth-most projected cap space available for the 2021 season, with a figure of $72.8 million (via Over The Cap). 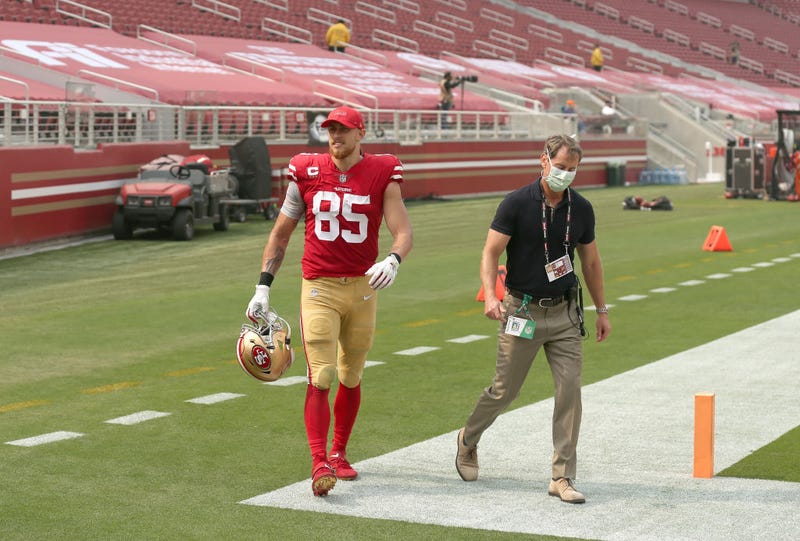 An injury to George Kittle in Week 1 doesn't appear to be too serious, but the fact that he's already hobbled -- as are Deebo Samuel, Brandon Aiyuk, and Richie James -- means that Jimmy G's support system is not as stable as a conference favorite may like. A loss to the Arizona Cardinals to kick off the season adds even more reason for concern.

A potential fix? Add Robinson. Of the six leading receivers for San Francisco in Week 1, only one of them (Kendrick Bourne, with two catches) was a wideout. The rest were running backs, tight ends, and even fullback Kyle Juszczyk. That doesn't seem like a sustainable plan of attack for a team with Super Bowl aspirations and with a decent amount of cap space available for a long-term deal. 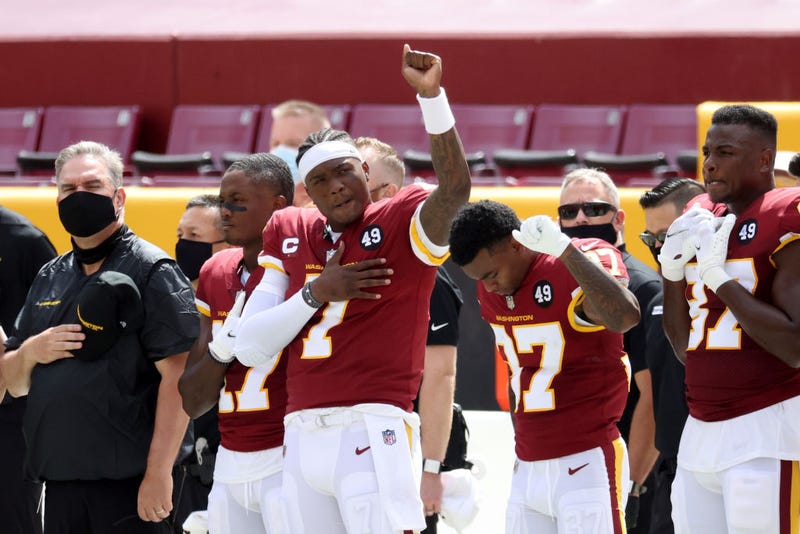 Even if Washington hadn't surprised the NFL world with a victory over the Eagles in Week 1, this still would have been a move worth considering. However, after the victory, and with confidence in their defense higher than ever, the Washington Football Team could really make a splash and add a dangerous counterpart to Terry McLaurin in the up-for-grabs NFC East.

We shouldn't overreact to the fact that they're atop the division after only one week, but we should consider the real possibility that in just a couple of seasons, this team will be a legitimate threat. Dwayne Haskins doesn't have the greatest receiving corps at his disposal other than McLaurin, and Robinson would be a great match to join the second-year stud on the outside.

The fact that Washington may not be a competitive team for a little while may help, too, considering their draft capital may be more appealing in a trade than what other teams are able to offer.