For as valuable as having a shutdown corner is, it seems that it's not a position where you're likely to spend your entire career with one team.

Rod Woodson spent 10 years with the Pittsburgh Steelers, but played for four different teams over the course of his Hall of Fame career. While Deion Sanders was a two-time All-Pro with the Atlanta Falcons - the team that drafted him - he also was an All-Pro and Super Bowl Champion with the San Francisco 49ers and Dallas Cowboys. Both Charles Woodson and Darrelle Revis had two different stints with their primary teams (the Oakland Raiders and New York Jets, respectively), but each won a Super Bowl title elsewhere.

Cornerback is such a coveted position, because the gap between the very best and the average is so large. That incentivizes elite corners to test free agency at least once during their career, because it's usually a fruitful trip. And yes, there is a diva quality to many great cornerbacks, meaning they may wear out their welcome at some point with the team their original teams.

While we can't point to one specific reason that elite cornerbacks tend to play for multiple teams during their careers, it's a test as true as time. Here's a look at the 10 highest-paid cornerbacks in the NFL currently, nine of whom don't play for their original teams: 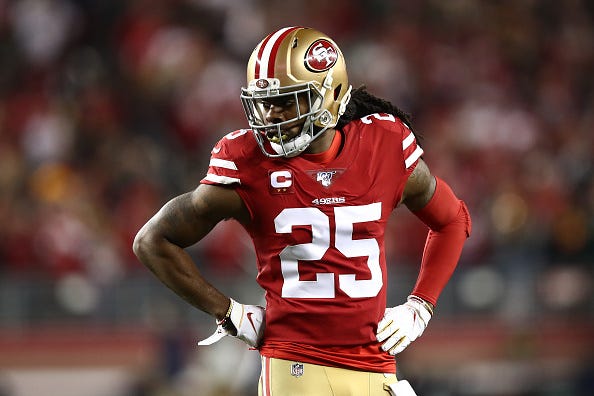 Richard Sherman is one of the most accomplished players of his era. Photo credit (Ezra Shaw/Getty Images)

Though he's now been on the wrong end of two major Super Bowl collapses, Sherman is one of the best players of his era and will have a compelling Hall of Fame case when his career concludes. The 32-year-old is entering the final year of a three-year/$27 million free-agent contract that he signed with the 49ers ahead of the 2018 season. The three-time All-Pro was only guaranteed $7 million when he signed that deal, but has remained productive enough that he'll ultimately earn all $27 million. 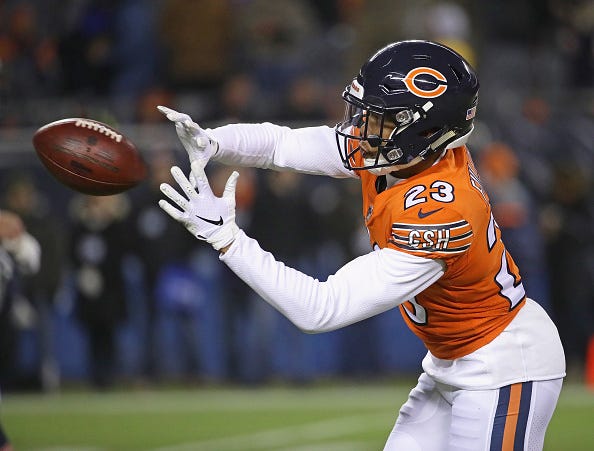 The only player on this list still with his original team, Fuller was an All-Pro selection for the 2018 season. The former first-round pick restructured his contract with the Bears earlier this year, spreading some of his cap hit into voidable years in 2022 and 2023. The 28-year-old is only truly under contract through the end of the 2021 season. 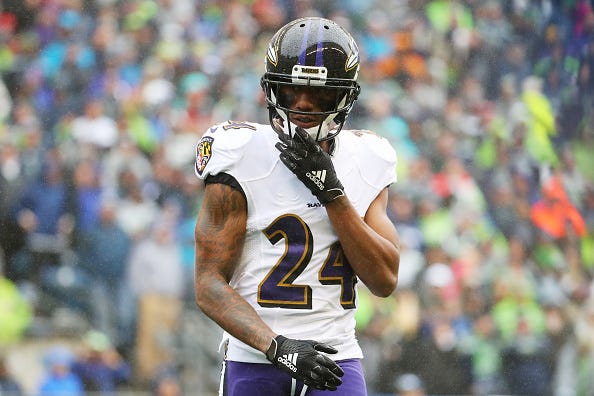 There were character concerns about Peters coming out of Washington, ones that have followed him to the NFL and contributed to him playing for three teams in six years. Still, Peters was a first-round pick and is a two-time All-Pro. He ended up in Baltimore last season as a corresponding move to the Los Angeles Rams, his former team, trading for Jalen Ramsey. He had three interceptions, two of which he returned for touchdowns, in 10 games with the Ravens. That earned him a three-year/$42 million extension with Baltimore, one that guarantees him $32 million. 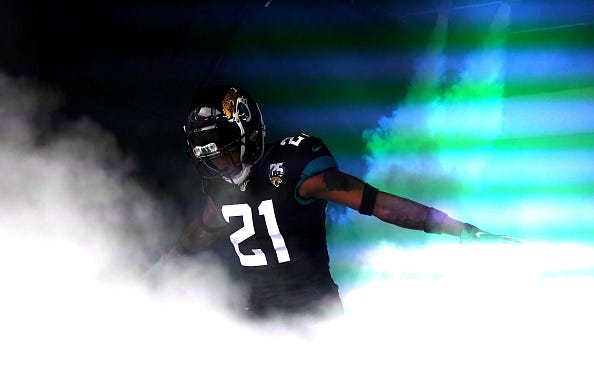 Lost in the buzz about all the offensive talent the Denver Broncos added this offseason is that general manager John Elway also acquired Bouye in a trade with the the Jacksonville Jaguars that cost them just a fourth-round pick. Bouye - who spent the first four seasons of his career with the Houston Texans - has two seasons left on the five-year/$67.5 million deal he signed with the Jagaurs before the 2017 season. That said, the 28-year-old has also received the full $26 million guaranteed in that deal. If he has success in his first season in Denver, it wouldn't be surprising to see him push for a new deal. 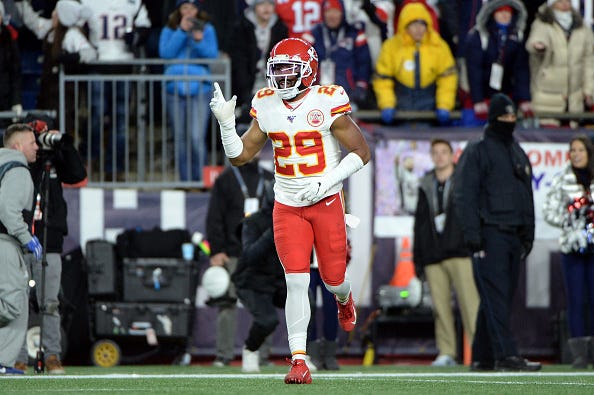 Kyle's younger brother elected to return to the Washington Redskins in free agency this offseason after winning a Super Bowl title with the Kansas City Chiefs last season. Fuller was a third-round pick by the Redskins in the 2016 NFL Draft out of Virginia Tech. The 25-year-old was traded to the Chiefs ahead of the 2018 season as part of the deal that brought Alex Smith to Washington. After two productive seasons in Kansas City, the Redskins lured Fuller back to the nation's capital with a four-year/$40 million pact that guarantees him $23.5 million. 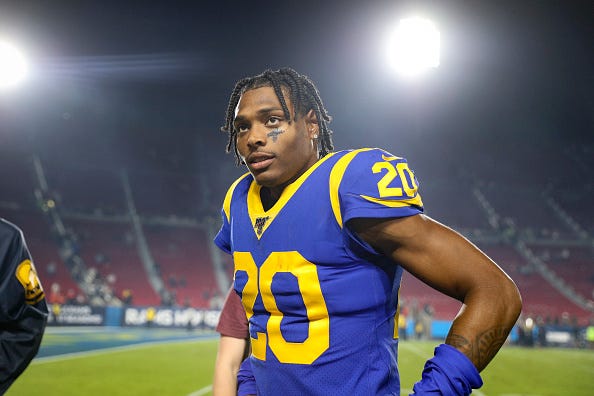 It's funny, Ramsey pushed his way out of Jacksonville in large part because he wanted a new deal. The Rams traded two first-round picks and a fourth-round pick for the three-time Pro Bowler, but didn't sign him to an extension immediately. Now, he's slated to play on the fifth-year option with no certainty beyond that. Technically, the Rams could control him for two more season with the franchise tag, but the guess here is that the 25-year-old wouldn't be very receptive to such an arrangement. 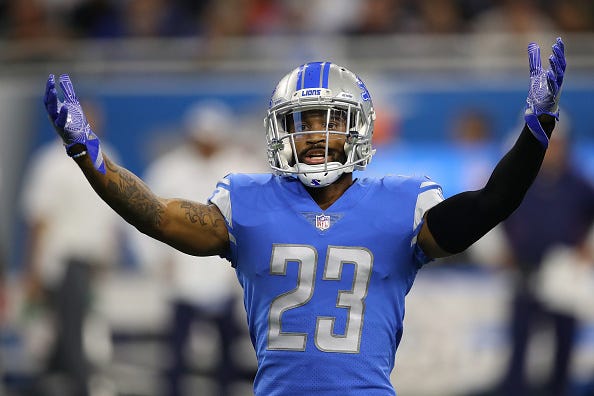 The cornerback-needy Eagles acquired Slay from the Detroit Lions this offseason and signed him to a three-year/$50 million extension that guarantees him $30 million. Slay, 29, is a three-time Pro Bowler that was an All-Pro selection in 2017. 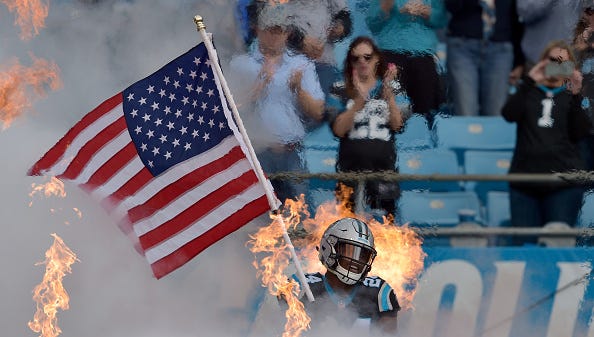 In an offseason where Luke Kuechly retired and Cam Newton was released, Bradberry quietly left the Carolina Panthers in free agency to sign a three-year/$43.5 million contract with the New York Giants. Bradberry, 26, had eight interceptions in four seasons with the Panthers. 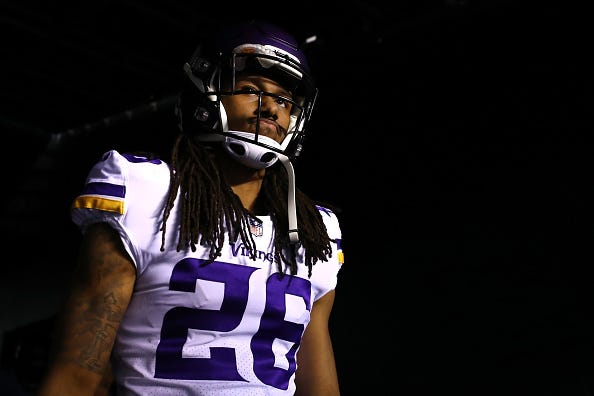 Trae Waynes left the Vikings to sign with the Bengals this past offseason. Photo credit (Al Bello/Getty Images)

The Bengals promised to spend to build a team around No. 1 overall pick Joe Burrow, and did just that, signing Waynes to a three-year/$42 million deal that guaranteed him $15 million. Waynes, 27, had seven picks in five seasons with the Minnesota Vikings. 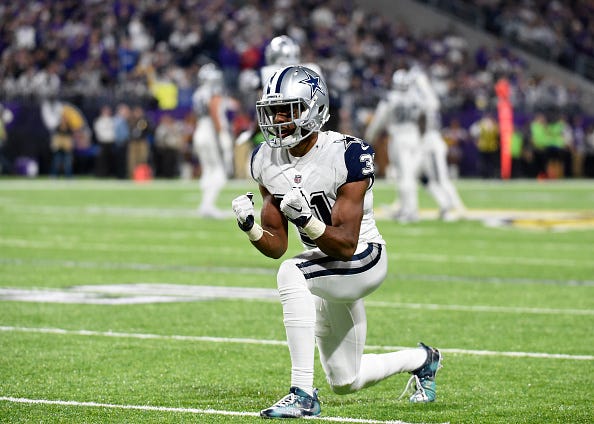 The Cowboys would have liked to keep Jones, who they spent a first-round pick on in 2015. Unfortunately for Dallas, you can't keep everyone and they've already inked Ezekiel Elliott and Amari Cooper to long-term deals and still need to take care of Dak Prescott. With Jones allowed to reach free agency, Chris Grier pounced and signed the 27-year-old to a five-year/$82.5 million deal that guarantees him over $54 million. Jones will team up with Xavien Howard to form one of the best cornerback duos in the sport.