Among the four starting quarterbacks still alive for Conference Championship Sunday, three are almost certainly going to be enshrined in the Pro Football Hall of Fame at the conclusion of their respective careers, and the fourth flashed that type of potential in 2020.

Whether you'd take him at his peak over every quarterback in NFL history or not, Tom Brady's longevity and postseason success are unmatched. As Brady attempts to reach the Super Bowl for the 10th time in his career this weekend, you're left to wonder if any quarterback will ever come within spitting distance to what he's done in January and February.

Aaron Rodgers, who some think is the most talented quarterback the NFL has ever seen, will likely win his third league MVP award for his dominant work in the regular season. Still, after winning a Super Bowl in his third season as a starter, Rodgers, now 37, is hoping to return to the sport's highest stage for the second time in his illustrious career. He and Matt LaFleur are back in the NFC Championship Game for the second time in as many tries together, and this year, they are three-point favorites.

If Rodgers isn't the most talented quarterback in NFL history, there's a fair case to be made that Patrick Mahomes is. Mahomes, the 2018 NFL MVP, has been so dominant in his three seasons as a starter that if he walked away after this season - which, of course, he won't - he may have built up enough of a resume to be elected to the Hall of Fame. At the time of publication, Mahomes remains in concussion protocol, so all the 25-year-old is really concerned about at the moment is making sure he'll be able to play in the AFC Championship Game for the third straight year.

From a legacy standpoint, Josh Allen may be the black sheep in this group right now, though you get the sense he's entered the discussion of the sport's elite quarterbacks and will be here for a while. Once a polarizing prospect, Allen has as much arm talent as any quarterback since John Elway, and the 24-year-old is almost certainly the biggest rushing threat of any quarterback still alive. If you need an idea of how well Allen is currently viewed in league circles, there apparently are some in high places that would prefer him to Mahomes over the long run.

So what's the pecking order for this weekend? Let's take a look: 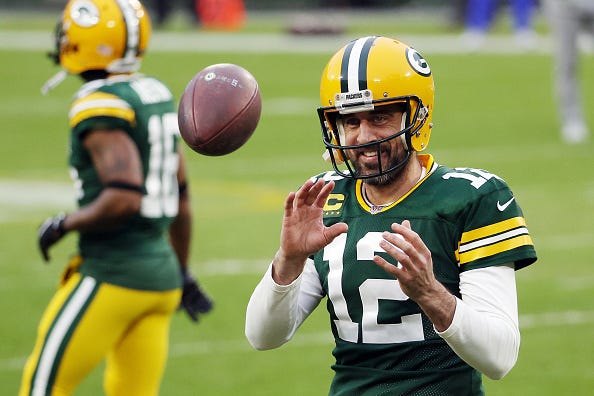 Sure, we ranked Rodgers No. 2 last week, but he's unquestionably been the most dominant quarterback in the NFL this season, and with Mahomes banged up, moving Rodgers to the top spot was a no-brainer. Rodgers is never going to catch Brady in terms of team accomplishments, but reaching and winning a second Super Bowl would do wonders for his place among the all-time great quarterbacks. It's hard to think he'll ever have a better chance to win a second title than right now. 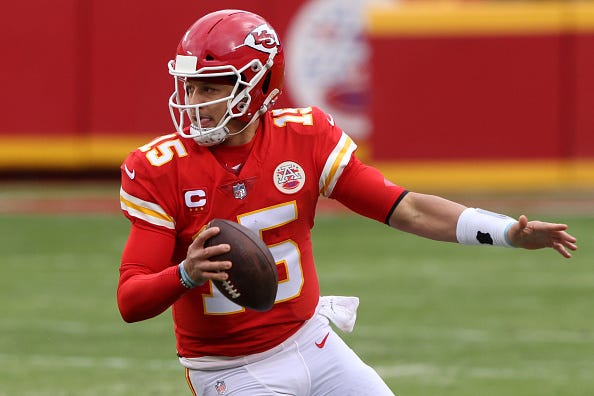 Mahomes is on this list with the assumption that he'll clear concussion protocol before the Chiefs are slated to host the Bills Sunday evening. While the Chiefs are downplaying a toe injury that Mahomes is also dealing with, it clearly affected his ability to move in and outside of the pocket in the team's eventual victory over the Cleveland Browns this past week. It will be interesting to see how that may alter Andy Reid's gameplan as the Chiefs look to defend their Super Bowl title. 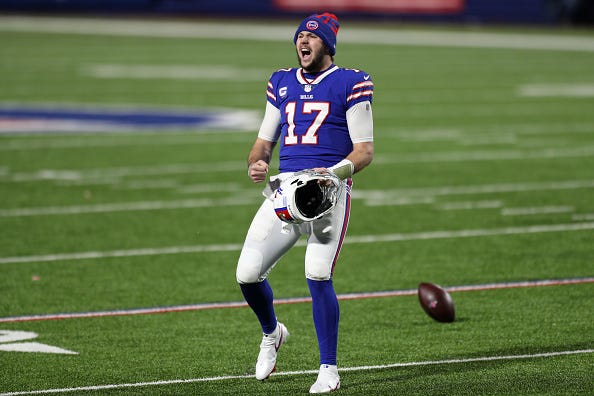 Josh Allen and the Bills have had a magical 2020 season. Photo credit (Bryan M. Bennett/Getty Images)

For the record, given that Mahomes is less than 100%, there was serious thought to Allen being placed at No. 2 this week. For him to be held in this high of a regard in year three of his career shows how tremendous of a job that offensive coordinator Brian Daboll has done in developing a player that was very raw when he entered the NFL in 2018. As mentioned above, Allen is the most mobile of the four quarterbacks playing this Sunday, and considering the Bills have run for just 128 yards total in their first two playoff wins, you wonder if designed quarterback runs will be more a part of this week's gameplan. 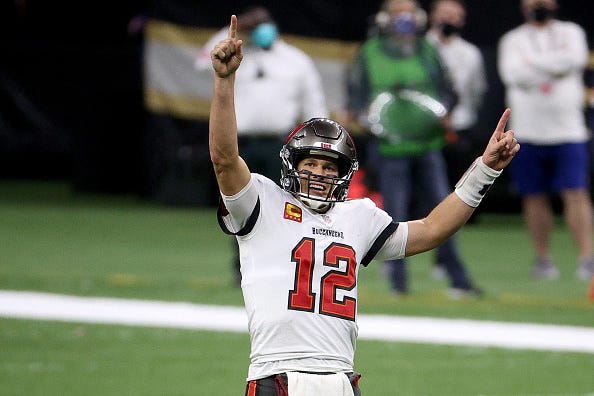 Don't take Brady's place on this list as a dig, it's far from it. It's remarkable how much arm talent he still has at age 43, and reaching an NFC Championship Game in his first season away from New England is one of the most impressive things Brady has accomplished from a team perspective in his storied career. Brady is the least mobile quarterback playing this weekend and may be on the worst of the four remaining teams, but it would be extremely unsurprising if he led the Buccaneers to a victory at Lambeau Field Sunday afternoon.

music
TJ Osborne shares part of his coming out process was realizing ‘there are guys out there like me’
news
Dunkin’ releases new iced coffee-flavored jelly beans in time for Easter
music
girl in red’s ‘Serotonin’ is a beautifully bold introduction to the artist’s unapologetic candor
news
Man arrested at Disney Springs after avoiding temperature check and refusing to leave
music
Carly Pearce finds comfort and sisterhood with fans with the release of '29'
music
2021 Critics Choice Awards: Full winners list