Cam Newton’s breakup with Carolina certainly wasn’t the happy ending that many Panthers fans would’ve hoped for. It wasn’t completely unforeseen, though.

Though “Superman” paced the league in several categories throughout his 2015 MVP campaign, the dropoff in his performance in subsequent seasons was significant.

From 2016 to 2018, according to Pro Football Reference, Newton had a passer rating of 83.3 which placed him as the No. 23 QB out of 28 eligible quarterbacks (min. 25 games played and 4,000 passing yards). To put that number in perspective, it trailed Marcus Mariota, Andy Dalton, Case Keenum and Mitchell Trubisky.

Additionally, his 2.92% interception rate was third-highest, trailing only Ryan Fitzpatrick and Jameis Winston. It’s safe to say that he wasn’t giving the Panthers the numbers that they desired from their former star quarterback.

His injury-mired 2019 is one he and the Panthers will want to forget, and apparently his performance and health issues were so discouraging that general manager Marty Hurney opted to sign a new franchise quarterback, Teddy Bridgewater, and leave Newton in a career predicament.

Through social media, Newton expressed his frustration at the Panthers after the team’s official account posted an apparently inaccurate representation of the two parties’ negotiations (check the comments section).

Tuesday, the Panthers officially announced that they were cutting the man who led them to a Super Bowl, multiple division titles and, once again, was an MVP just five years ago. Newton wasted little time in displaying his newfound excitement on social media.

He has a real chance to get his revenge on the Panthers and prove that it was a massive mistake to let him go as a cap casualty, and though Carolina cleared $19.1 million in cap space by releasing Newton, they could end up seeing him replicate past success if his health prevails. It’s not unheard of for such a situation to occur, and it’s created some of the finest story lines and comeback stories in NFL history.

Here are some examples. 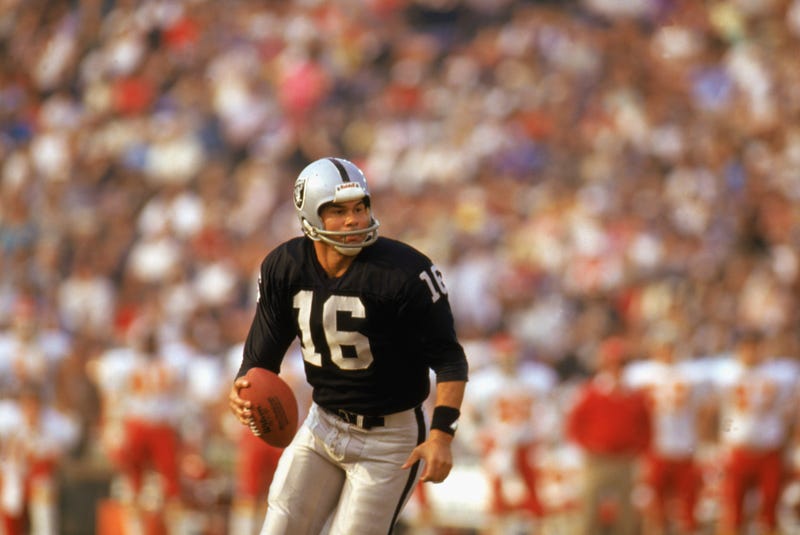 Jim Plunkett had bust written all over him. The first overall draft pick of the 1971 NFL Draft pretty much flopped in his first five seasons with the Patriots, leaving an underwhelming stat line of 62 touchdowns, 87 interceptions and an overall record of 23-38. Not good.

So, when the 49ers sent over a haul to the Patriots in a trade for Plunkett, New England was likely happy to accept. After all, they were getting three first round picks, a second rounder and another quarterback in the swap. But their investment was not met with the results the 49ers would have hoped for. In fact, Plunkett’s mediocrity continued, as he led the 49ers to an 11-15 record in his starts over the next two seasons and once again threw more picks (30) than he did touchdowns (22).

The 49ers released him following his second season in town and, without the highest of expectations, the Raiders signed the veteran who had now established himself as a bust… or had he? Plunkett took over the starting role with a newfound mentality, which he credited to then-Raiders owner Al Davis.

“One of the things that’s always stuck with me when I took over in ’80, Mr. Davis told me, ‘It doesn’t matter if you play well; it’s only important if we win the game. We can play well next time,’” Plunkett said (via ESPN).

And win is what they did. Plunkett won two Super Bowl rings in eight seasons with the Raiders, leading the team to a 38-19 record and demonstrating to his former teams that they had wasted his potential and made a mistake in moving on. 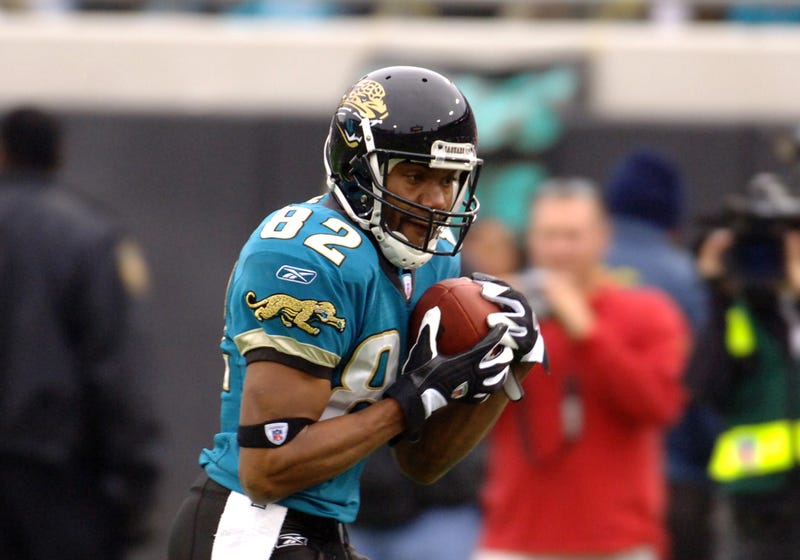 From 1996 to 2002, Smith caught at least 75 balls every year and averaged around 1,300 yards and seven touchdowns per season. Those are top-tier numbers from a receiver, and he has firmly established himself as one of if not the greatest Jacksonville Jaguars of all time.

But he didn’t start with the Jaguars. In fact, he spent a year with the Cowboys as a rookie, appearing in seven games as a special teams player without any receptions to his name. He missed the following season because of appendicitis, and after several contract disputes with the team over arbitration issues, he was released.

After the Eagles swiftly took a flier on him and then cut him that same year, Smith landed in Jacksonville and burst onto the scene as a standout wide receiver after only one year acclimating to his Floridian surroundings. 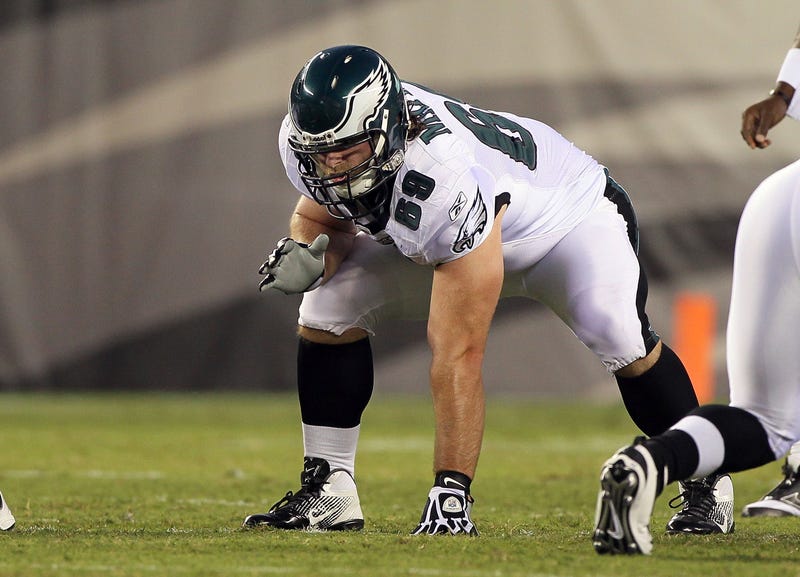 The Panthers have been burned by a bad cap casualty decision before. Evan Mathis started in 15 games for Carolina in 2006, fell off the map in 2007 and was moved to the bench and was finally cut in 2008. He was cut by the Dolphins later in that same year, as well, before finding a temporary home in Cincinnati where he played quite well.

But his performance, apparently, wasn’t good enough for the team to want to hold on to him. Though they didn’t cut him, the Bengals let him slide into free agency, where the Eagles picked him up and watched him transform into one of the best offensive linemen in the entire league.

By 2011, Mathis was the highest-rated guard in the NFL, according to Pro Football Focus. Ditto for 2012 and 2013. The trio of teams that failed to see his potential, especially the two that cut him, certainly made a regrettable decision by doing so. 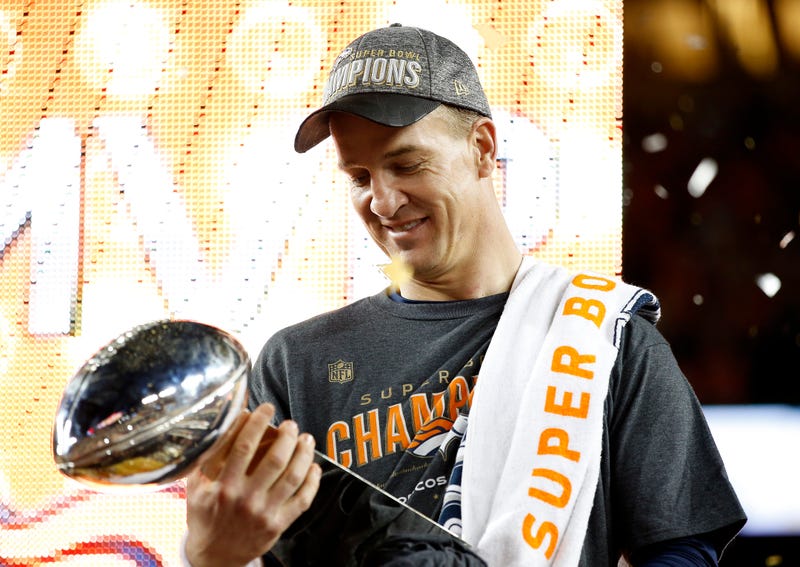 Maybe this one was more inevitable than most cases on the list, and I can’t really say that the Colts regretted their decision of parting ways with the veteran after a serious injury. After all, the team had made the most of their 2012 season without Manning, compiling a 2-14 record in order to draft their quarterback of the future in Andrew Luck.

And things turned out well for Luck and the Colts, but they never found quite the same success as Manning did in Indianapolis or in his new home, Denver. And neither did anyone else for that matter. That’s because, in three and a half seasons as the Broncos starter, Manning led the team to a 38-10 regular season record, broke or tied numerous passing records, including his 5,477 yard and 55 touchdown 2013 season, and led the Broncos to two Super Bowls, capturing a ring in 2015.

So, while you can’t knock the Colts for releasing Manning after what appeared to be a potential career-ending injury, you also can’t help but wonder whether or not Manning could have led the Colts to greater success than they achieved with Luck at the helm. 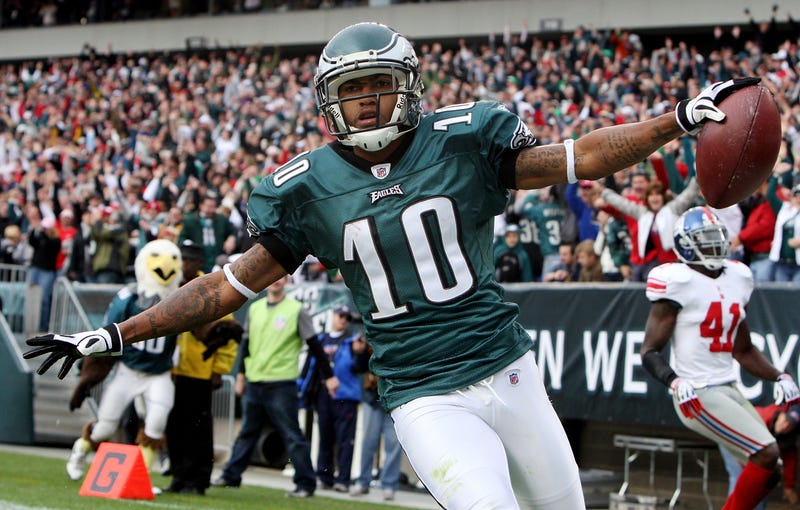 This one brought about a ton of controversy from the Eagles fan base, who loved DeSean due to his fire and passion for the city as well as for the many memorable moments that defined his career in Philly. No one else could have made some of the plays he made, including the Miracle at the New Meadowlands punt return.

But Chip Kelly, in attempting to establish his Oregon regime in Philadelphia, cut DeSean Jackson as part of his agenda in wiping the slate clean. Though some of the reasoning provided for the unexpected cut revolved around his potential gang activity, many of his teammates supported him. Former coach Andy Reid lauded Jackson, saying he had “nothing but good things to say about the kid," making the move even more questionable.

And in classic DeSean Jackson style, he lit up the Eagles the following season as a member of the Washington Redskins, posting 243 yards and a touchdown in the two matchups between the NFC East rivals in 2014. He posted over 1,000 yards in both 2014 and 2016, led the league in yards per reception three times and has now made his way back to Philadelphia as he attempts to battle through injuries to rebound at age 34. 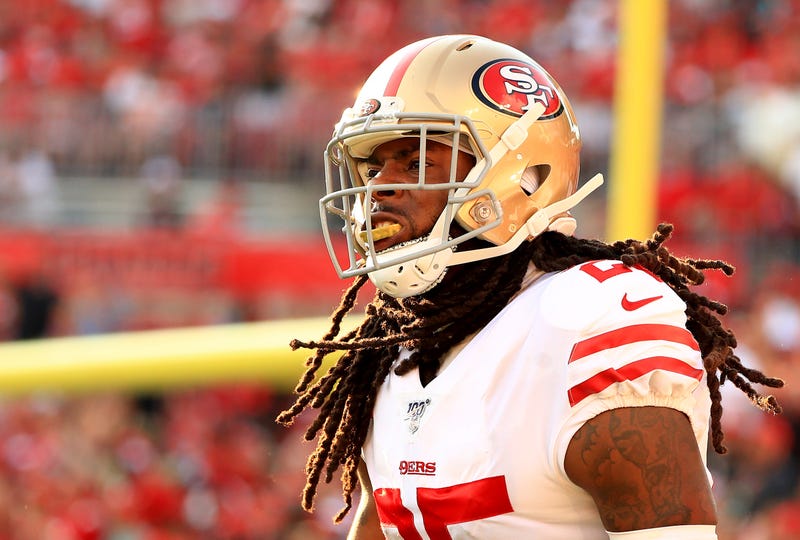 Richard Sherman was a Pro Bowler in 2019 for the 49ers. Photo credit Getty Images

This outspoken cornerback summed up his story in the Players’ Tribune, saying “...keep in mind: I didn’t choose to leave Seattle. The Seahawks chose to let me go.”

That, in hindsight, doesn’t seem like a very good choice. It’s fair to say that his production had dropped off in an injury-riddled 2017 campaign. A ruptured Achilles brought up the legitimate question of his ability to continue making sharp cuts and displaying the same shutdown defense upon recovery. But the Seahawks didn’t want to commit too much money to Sherman in that scenario, thus opting to release him.

Sherman’s start in San Francisco was rocky, as he was no better than average in 2018. But 2019 brought back a familiar version of Sherman, returning him to Pro Bowl status and anchoring him as the fearless face of the secondary in a Super Bowl caliber defense. He’s on the wrong side of 30, but only barely, and such a performance as last season’s means that Seattle may have to regret their decision even more. 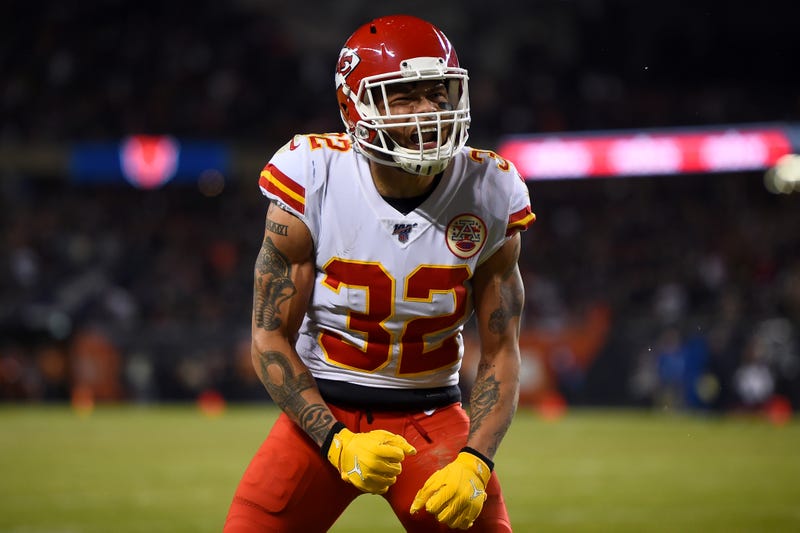 Tyrann Mathieu has made an impact for the Chiefs. Photo credit Getty Images

The Cardinals wanted Mathieu to take a pay cut. The Honey Badger said no.

So, after establishing himself as one of the most feared safeties in the league, garnering All-Pro and Pro Bowl honors in 2015, the Cardinals ended their negotiations with Mathieu and waived the remainder of his contract.

How did Mathieu respond? By signing with the Texans and debuting with an interception, a forced fumble and several big plays against the New England Patriots. The one-year experiment in Houston worked out for the Texans but worked out even better for Mathieu, as his value skyrocketed for the free agent market in 2019.

The Chiefs took the bait on Mathieu, signing him to a three-year deal, and it’s safe to say they couldn’t be happier with the results. Mathieu turned back the clock, earning his second first team All-Pro honor and winning a ring with the Chiefs in what should be a very fruitful relationship.