Detroit Lions fans have found a generous way to thank quarterback Matthew Stafford for his time with the franchise.

According to Lions beat writer Chris Burke, many fans taken up donating $9 – Stafford’s number – to the Acoustic Neuroma Association in Matthew and Kelly Stafford’s names.

The organization has raised upwards of $11,000 from the 1,300 Lions fans who have donated as of Monday morning, per Burke.

The Acoustic Neuroma Association is particularly meaningful to the Staffords because of Kelly’s battle with a serious brain tumor, which she was diagnosed with in 2019.

Stafford has represented the charity in the past as part of the NFL’s “My Cause, My Cleats” game.

The cleats Matthew Stafford is wearing for this weekend’s “My Cause, My Cleats” game pic.twitter.com/02Ts0mhXzF

The Lions recently announced they would be parting ways with the 32-year-old quarterback over the weekend after 12 seasons with the Lions.

Stafford, the No. 1 overall draft pick in 2009, finishes his tenure in Detroit as the franchise leader with 282 career touchdowns and 45,109 passing yards. 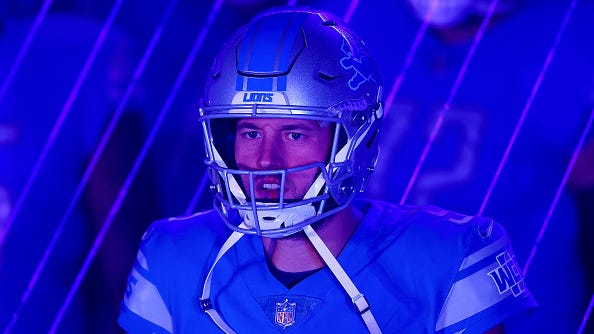