With the Lions in the early stages of their search for a new head coach, a large portion of the fanbase is backing 49ers defensive coordinator and Dearborn native Robert Saleh.

That includes a group of Michigan lawmakers, who wrote a letter to Lions owner Sheila Ford Hamp urging her to hire Saleh.

Naturally, they opened the letter by thanking Hamp for firing Matt Patricia and Bob Quinn:

We are writing today to thank you for your recent decision to make a change at manager and head coach for your franchise. These decisions are often difficult but are necessary to move forward. For many in our state, and across the globe, the Detroit Lions hold a special place in our lives. We look forward to future success through transitioning to a new manager and head coach.

Speaking of head coach, we have one name in mind - Robert Saleh. A hometown hero, Robert was raised in the Dearborn community, attended Fordson High School, played his college career at Northern Michigan University, and coached at Michigan State University. Everywhere Robert has been he has achieved success. Most recently, as Defensive Coordinator for the San Francisco 49ers, his defense has improved across numerous categories; turnovers, sacks, and yards allowed per game. He has built and maintained one of the best defenses in the league. Recently, Richard Sherman spoke up about Coach Saleh’s ability to overcome setbacks stating, “He doesn’t make excuses, he makes great plans.” Robert Saleh is well-respected by the players and coaching staff across the league and is viewed as one of the brightest minds in the profession. 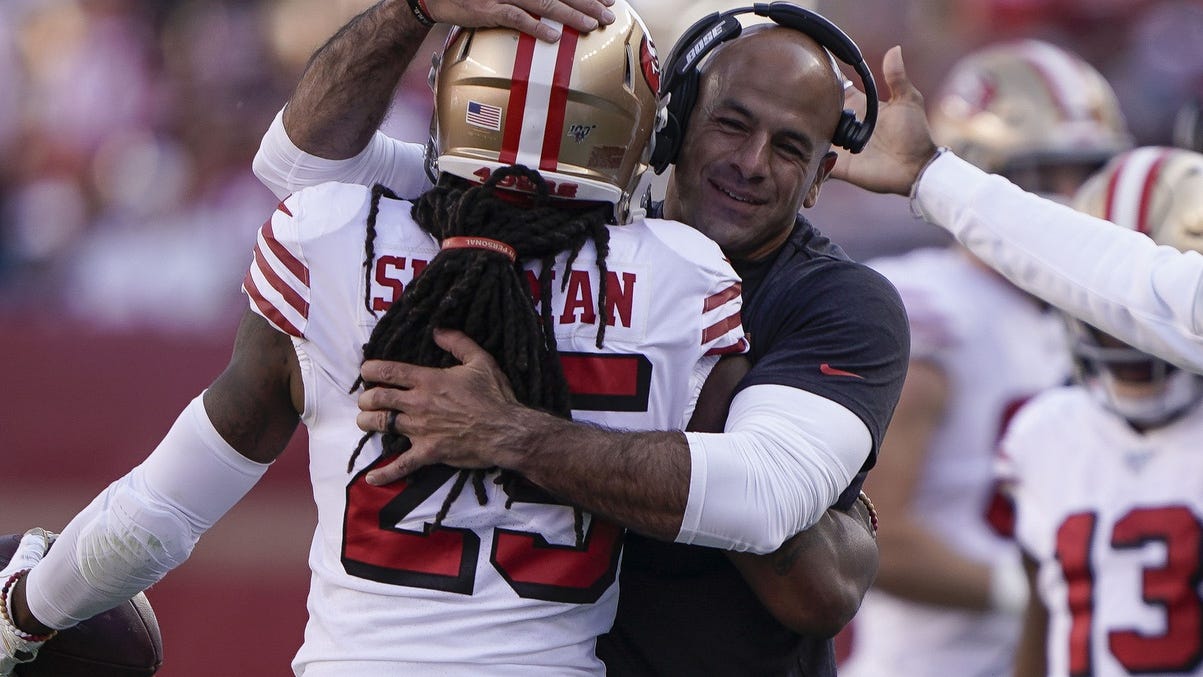 Saleh, 41, was born and raised in Dearborn and got his start in the coaching business at Michigan State. He's been in the NFL ranks since 2005, serving as defensive coordinator of the 49ers since 2017.

In an interview with 97.1 The Ticket, Saleh said he's "still very much attached" to the place where he grew up.

We understand the difficulty of these upcoming decisions. As passionate and loyal Lions fans, we are asking you to hire Robert Saleh as the head coach of our team. He is the best candidate for the job and measures as such across every metric. A head coach like Robert can bring tremendous energy and heart to the franchise and would help us reach peaks that have seemed unobtainable for so long. We have an exceptional opportunity here and we trust you to make the best decision.

To turn the corner and become a winning franchise, these next hiring decisions are critical. We hope that you will consider Robert Saleh as the head coach, not only for us, but for everyone across the loyal fanbase of our beloved Detroit Lions.