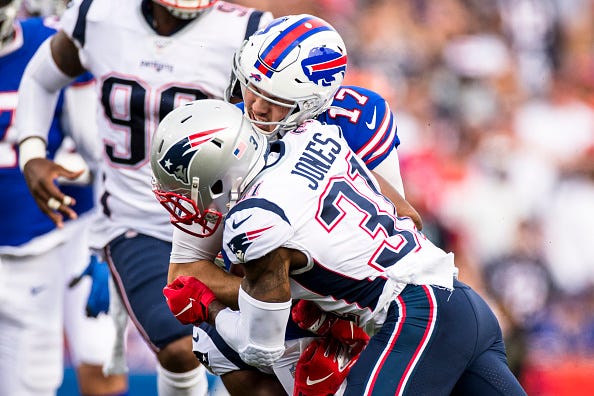 The 2019 quarterback curse appears to have claimed its latest victims.

Chicago Bears QB Mitchell Trubisky left Sunday’s game with a shoulder injury as he was taken down by Minnesota Vikings defensive end Danielle Hunter during the Bears’ first possession.

Trubisky was later seen on the sideline with his arm in a sling. 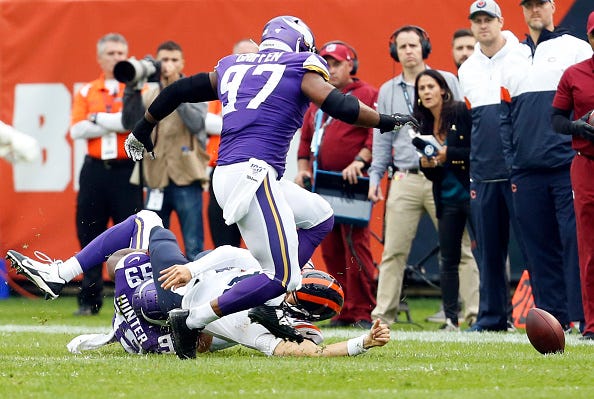 Jones was called for unnecessary roughness, but stayed in the game. Allen did not, placed in concussion protocol and replaced by Matt Barkley.

Following the 16-10 loss to the Patriots, Bills head coach Sean McDermott was livid over what he saw as a cheap shot.

“There’s no room in football for that," McDermott said. "It is a shame to see a player like Josh, or any player for that matter, go down on a hit like that.”

The status of both quarterbacks for Week 5 and beyond are not yet known, though Trubisky was seen with his left arm in a sling.

While the 2019 season is only four weeks old, big names like Ben Roethlisberger, Drew Brees and Cam Newton all go down with devastating injuries.