The NFL is reportedly keeping tabs on air conditions in California as weeks of wildfires continue to wreak havoc on the Golden State.

The league was said to be monitoring air indexes ahead of Sunday's home openers for the San Francisco 49ers and Los Angeles Rams, who will be hosting the Arizona Cardinals and Dallas Cowboys, respectively.

League officials could postpone one or both games if conditions make it unsafe to play, reports said. 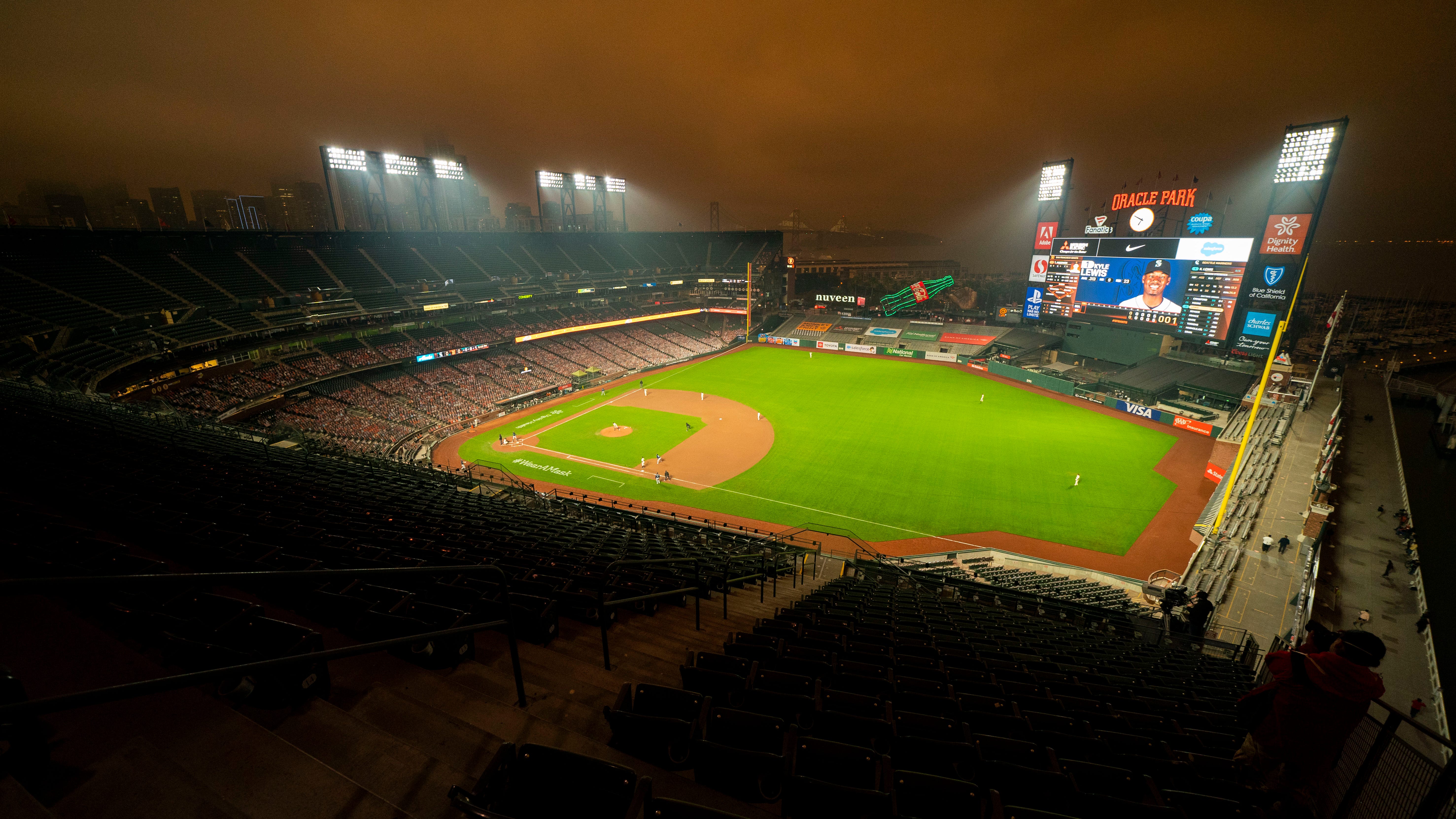 The effects of the wildfires were most acutely felt in central and northern California, where most of the state's fires were concentrated.

The Bay Area region's teams -- the Oakland Athletics, San Francisco Giants, and 49ers -- all played or practiced under eerie orange skies this week as the smoke-filled atmosphere blocked out direct sunlight.

Niners head coach Kyle Shanahan described the glowing sky and slow-falling ash as an "apocalyptic state," and said both the league and the team would be closely monitoring the air quality.

Fires have also recently raged in southern California, in the Angeles and San Bernardino national forests near Los Angeles. The blazes prompted warnings on Friday, and on Saturday the Rams and NFL said they were monitoring the situation for changes in air quality. The fires weren't expected to threaten SoFi Stadium, the brand-new home of the Rams, but the smoke could.

Sunday's game would mark the regular-season debut for the new arena, which will also serve as the home of the Chargers, who open the season on the road in Cincinnati.

The upper threshold for safe air quality is considered around 150. Figures in the 150-200 range are considered potentially dangerous. Air quality at the site of one of the southern California wildfires for example, was around 350, KNX reported.

The 49ers excused several players from practice in August when the quality was hovering near 150, though it has reportedly improved since then.