While the on-field workouts at the NFL Scouting Combine do not begin until Thursday, things are already in full swing in Indianapolis as quarterback, tight end and wide receiver prospects met with the media on Tuesday.

Many notable prospects stepped up to the podium, including Joe Burrow, Tua Tagovailoa, Jerry Jeudy and more. How they handle interactions with the media is also a test within itself as many of them are facing questions and scrutiny under a bright spotlight for the first time in their lives.

Here’s what we learned from Tuesday’s group in front of the media. 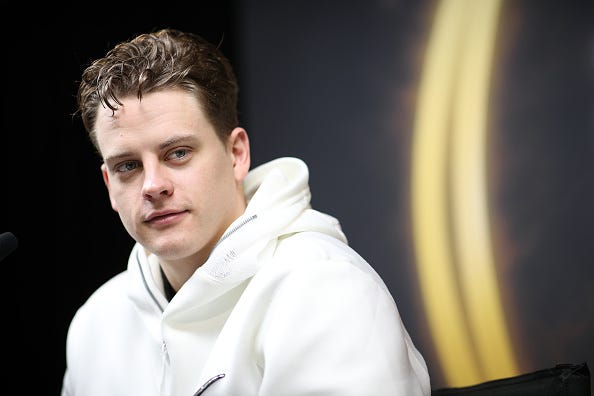 The buzz surrounding likely No. 1 overall pick Joe Burrow entering this week was that he may refuse to play for the Cincinnati Bengals, who currently hold the top pick. Burrow recently made comments that he has “leverage,” which left many to interpret that he was completely sold on the team most likely to draft him.

On Tuesday, Burrow was quick to dismiss any notion that he wouldn’t play for the Bengals and torched the media for blowing the narrative out of proportion.

“The only thing I said is that I don’t want to be presumptuous about the pick,” Burrow said. “That’s why I’ve been non-committal. They might not take me. They might fall in love with someone else. You guys kind of took that narrative and ran with it, there’s never been anything like that from my end.”

Joe Burrow on the rumors that he doesn’t want to go to Cincinnati: “You guys (the media) kind of took that narrative and ran with it. There has never been anything like that from my end.” #THANKYOU pic.twitter.com/QlwBSlGi6f

Burrow added he had not spoken to the Bengals organization yet, which will happen at some point this week, but he put to bed the notion he would not play for them.

“Of course I want to be the first pick. That’s everyone’s dream,” he said. “I’m not going to not play. I’m a ballplayer. I’m going to show up.” 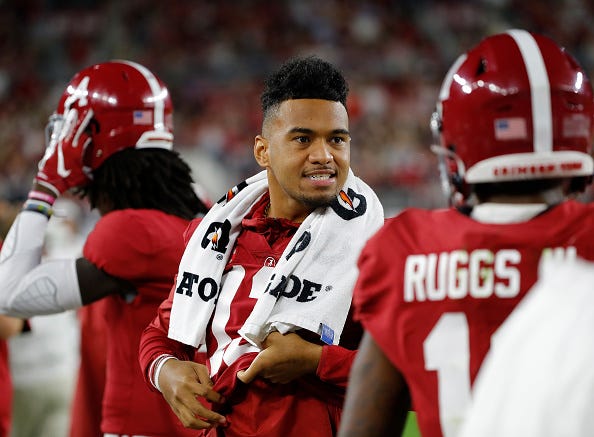 One of the biggest questions heading into the week was just how healthy is Tua Tagovailoa following his season-ending hip surgery? Well, the Alabama quarterback said that he expects to be cleared by doctors as soon as March 9 and will be ready to go for OTAs and spring workouts post-draft.

“I’ve been rehabbing my butt off,” he said. “After March 9 when I get clearance from my doctors it’s full go up until my Pro Day.”

Alabama’s Pro Day is slated for March 24, but Tagovailoa plans to have his own pro day on April 9 — two weeks prior to the draft. The fact that he will be healthy enough to participate in such a workout is encouraging news for Tua and it will also give a glimpse to teams to see if he is in any way hindered by his most recent injury. 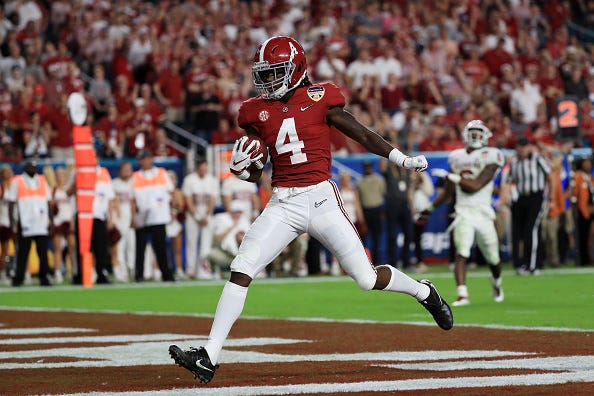 Jerry Jeudy, the Alabama receiver projected to be one of the top wideouts taken in the draft, arrived to his press conference wearing a Star of David necklace. What makes this odd is that Jeudy said he is not Jewish, raising a lot of eyebrows. His explanation may have raised some more.

His comments certainly got a reaction on social media — where he was trending on Twitter as the memes began flowing — but it also meant he had to do some damage control as many did not find his nickname and jewelry amusing at all.

“Don’t mean no disrespect to the Jewish people!” he tweeted.”I’m sorry to the people who take my chain offensive!!”

Don’t mean no disrespect to the Jewish people! I’m sorry to the people who take my chain offensive!!

Among the teams Jeudy plans to meet with this week are the New York Jets, who are picking 11th, but it is unclear if he hurt his draft stock with the comments he made on Tuesday. 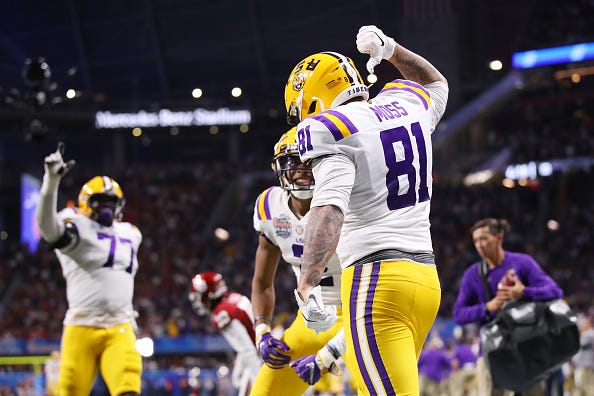 One of the more interesting scenarios that could play out at the NFL Draft is where Thaddeus Moss, son of Randy Moss, is taken in the draft. Thaddeus was a tight end as LSU and was asked about the idea of possibly catching passes from Tom Brady, whom his father played with for three-plus seasons. Moss said it would be a “dream” and a great story if that were to happen, but did not say whether it could happen with the Patriots, or perhaps another team.