After both struggled in Week 1, things didn't get much better individually for either Cam Newton or Jameis Winson on Thursday Night Football. Newton did throw for 324 yards, but did so on 50 passing attempts and without a touchdown pass. Winston certainly improved on a disastrous Week 1 performance that saw him get intercepted three times, but even in a win Thursday night he only threw for just over 200 yards.

While neither Newton nor Winston were able to heat up in their second game of the season, here's a look at five players worth watching the rest of Week 2. 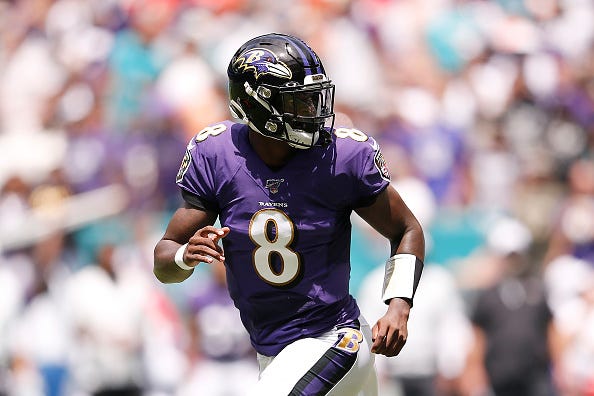 It would be unfair to expect Lamar Jackson to top his Week 1 performance, when he rode a five touchdown performance to winning the AFC Offensive Player of the Week. After all, it's not every week you get to play a Miami Dolphins team that appears to be attempting to bottom out.

With that said, the Ravens will welcome the Arizona Cardinals to M&T Bank Stadium for their home opener Sunday. If Jackson and the Ravens look anything like they did in Week 1, this should be a very winnable game.

And depending on how the Steelers and Browns — both blown out in Week 1 — perform in Week 2, another impressive showing by Jackson could make the Ravens the AFC North favorites. 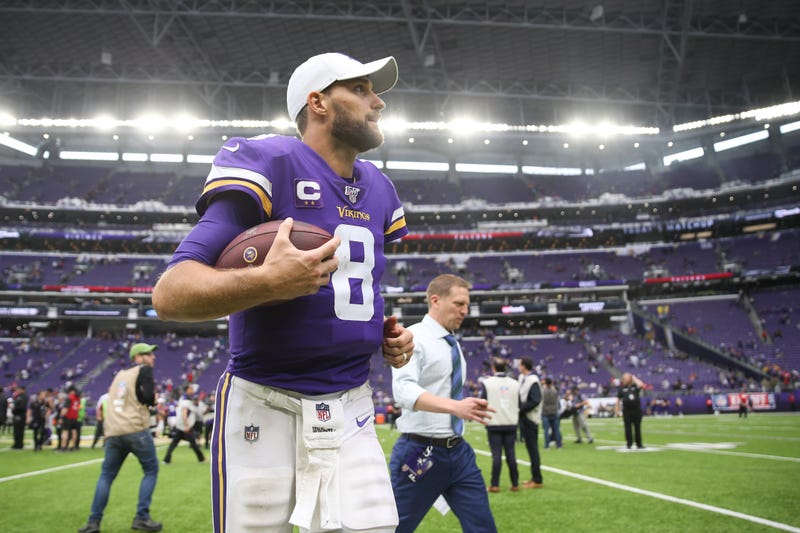 The Minnesota Vikings had an impressive Week 1 victory over the Atlanta Falcons, 28-12. In that win, however, quarterback Kirk Cousins threw the ball just 10 times. While the Vikings may be best leaning on their defense and running the ball with Dalvin Cook, Cousins is going to have to play a much larger role for the Vikings to win the NFC North and/or make a postseason run.

Theoretically, the Vikings believed Cousins was capable of doing that when they signed him to a fully guaranteed three-year, $84 million free-agent contract before the 2018 season. Heck, he's got two No. 1 receivers to throw to in Adam Thielen and Stefon Diggs. When you add the emergence of Cook as one of the game's elite rushers, Cousins is seemingly set up to thrive. 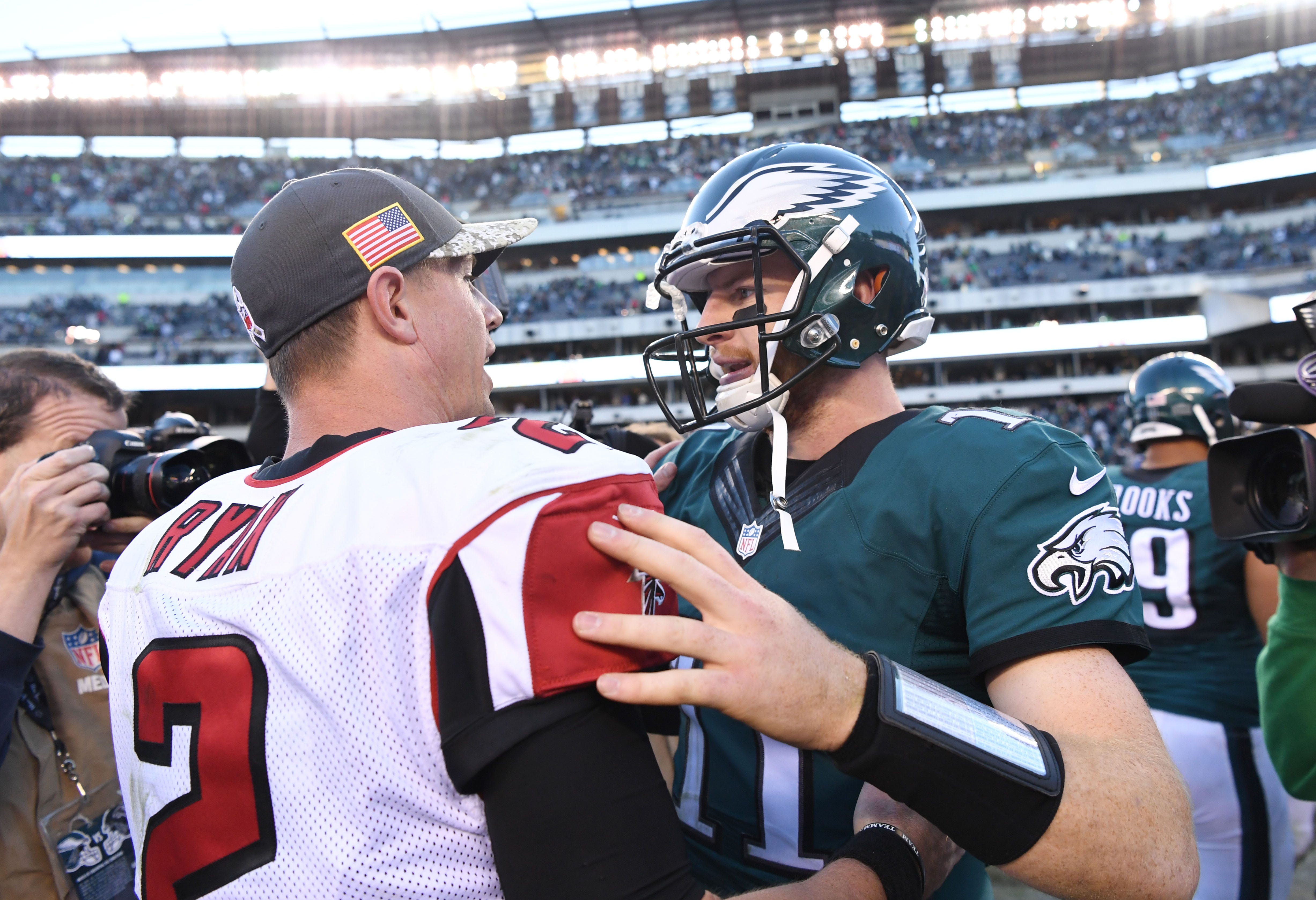 But while Cousins had a strong statistical season in 2018 — he tossed 30 touchdowns to just 10 interceptions and threw for 4,298 yards — the Vikings as a team regressed from an NFC Championship Game appearance in 2017 to an 8-7-1 record in Cousins' first season under center. A variety of factors led to the Vikings regression in 2018, but they had a chance to win and get into the postseason in Week 17. Instead, they lost 24-10 at home to a Bears team that had already clinched a postseason berth. Cousins threw for just 132 yards.

In Week 1, the Vikings reminded the NFL that they have a defense and skill position talent that is ready to compete for a Super Bowl. As the Vikings travel to Green Bay in Week 2, Cousins has to begin to show that he's capable of leading the team that far. 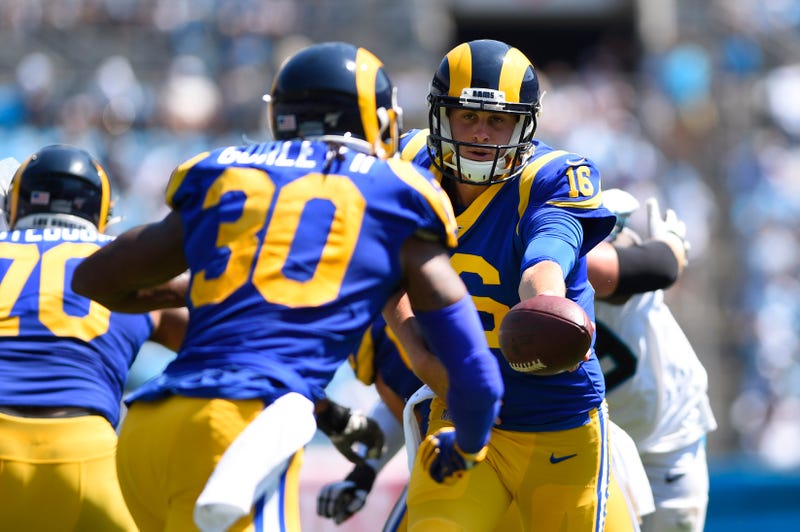 Todd Gurley's workload is likely to be monitored for the rest of his career. Photo credit (Bob Donnan/USA Today Images)

Though Gurley ran for 97 yards in the Rams Week 1 victory over the Carolina Panthers, he entered the the fourth quarter with just 33 rushing yards. Malcolm Brown, the Rams No. 2 running back, rushed for two touchdowns in the win, two more than Gurley did.

Gurley was inactive for the final two games of the 2018 season for the Rams, and got just 10 carries in a low-scoring Super Bowl loss to the New England Patriots. Rams head coach Sean McVay monitoring the workload of his star running back early in the 2019 season isn't surprising.

Beyond being a rematch of January's controversial NFC Championship Game, Sunday's Rams-New Orleans Saints matchup theoretically could go a long way in deciding seeding and potential byes in this year's playoffs. Does that mean McVay will be willing to use Gurley for 20 or more carries, or are the Rams so committed to monitoring the workload of their 25-year-old running back that they would be willing not to put their best foot forward in an important Week 2 game? 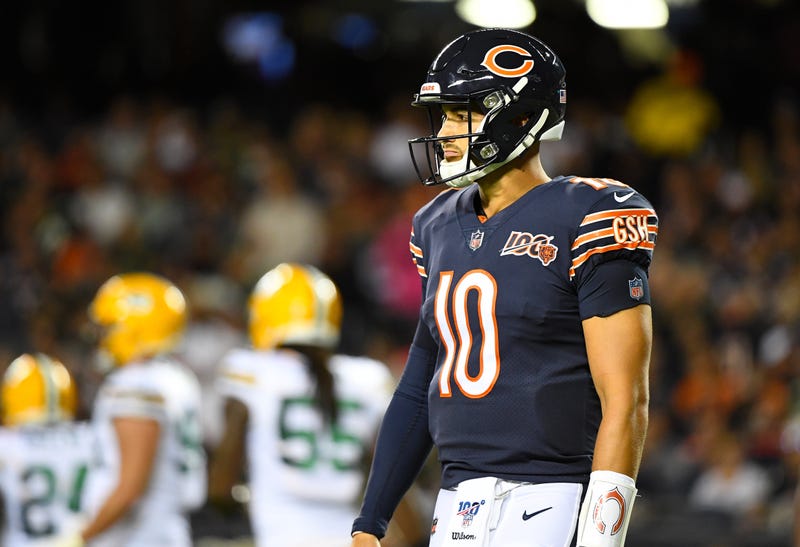 The Chicago Bears defense held Aaron Rodgers and the Green Bay Packers to just 10 points in Week 1 and still lost.

That doesn't fall solely on one person. After all, Matt Nagy called just 15 runs in a low-scoring game, and the Bears averaged just 3.1 yards-per-carry on those runs. But it didn't reflect well on Mitchell Trubisky to throw for just 228 yards and a game-sealing interception in Week 1. Trubisky's Week 1 performance feels even worse when you consider the performances of Patrick Mahomes and Deshaun Watson — the two quarterbacks selected after him in the first round of the 2017 NFL Draft.

The Bears will travel to Denver for a 4:25 p.m. showdown in Week 2 against the Broncos. While Mile High is a tough place for opponents to play, the Broncos struggled to get anything going Week 1 against an Oakland Raiders team that most think is one of the five worst rosters in the sport. If the Bears lose this game, not only will it put their hopes of returning to the postseason in jeopardy, but it could start a turn on Trubisky in Chicago. 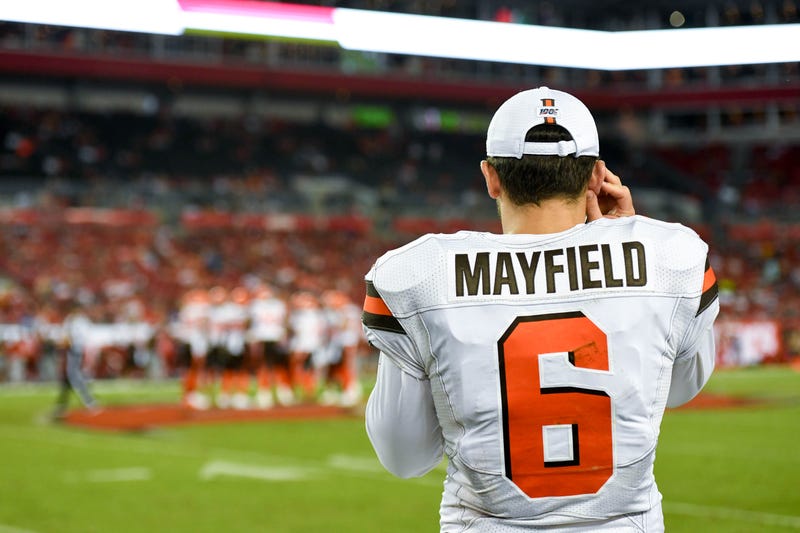 Since New York Jets quarterback Sam Darnold has mono, there won't be a Mayfield-Darnold matchup on Monday Night Football this week, which would have seen the top two quarterbacks selected in the 2018 NFL Draft square off for the first time.

Darnold's absence almost certainly puts more pressure on Mayfield to lead the Browns to their first win of the season on Monday at MetLife Stadium. 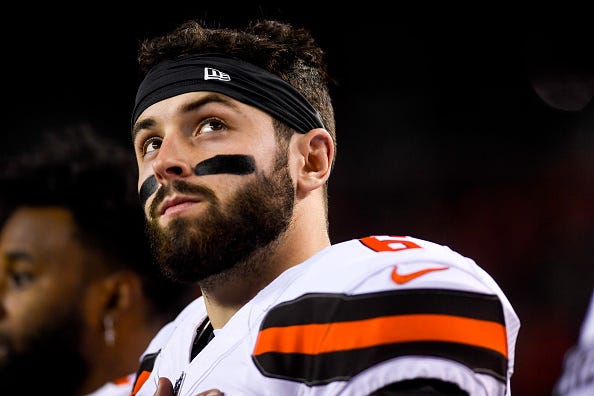 Perhaps unconventional for a quarterback, most don't view it as a bad thing for your franchise quarterback to voice his confidence in the team's ability in the offseason. It would, however, be frowned upon to start 0-2 after a very vocal offseason.

In the Browns' 43-13 Week 1 loss at home to the Tennessee Titans, Mayfield threw three interceptions. He's under as much pressure as any player in the NFL in Week 2.