Minshew - who once tried to use a hammer to break his hand so he could get a medical redshirt - tossed two touchdowns in his second NFL start. Ramsey, in the midst of what may prove to be his exit from Jacksonville, helped limit the Titans offense to just seven points. The Jaguars ultimately won 20-7 to improve to 1-2.

With 15 other games on the NFL Week 3 slate, here's five other players to watch this week. 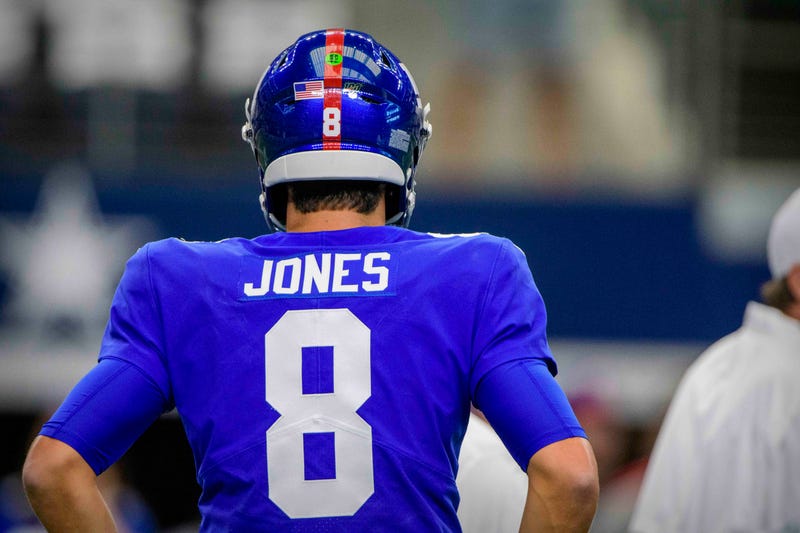 If an impressive preseason was enough to earn him the nickname "Danny Dimes," one can only imagine how Giants fans would react to Jones leading the 0-2 Giants to a road victory in his first start.

Theoretically, that's possible, given that Jones will make his starting debut in Tampa Bay against the Buccaneers.

Jones - whom the Giants, rather shockingly, made the No. 6 overall pick in the 2019 NFL Draft - was dominant in the preseason, going 29-of-34 for 416 yards and two touchdowns.

The Giants appear to be giving Jones a chance to ease into things - as much as that's possible in the NFL - with matchups against the Buccaneers and Washington Redskins as his first two starts. Things will heat up after that, though, as the Giants will host the Minnesota Vikings in Week 5, before traveling to New England In Week 6. 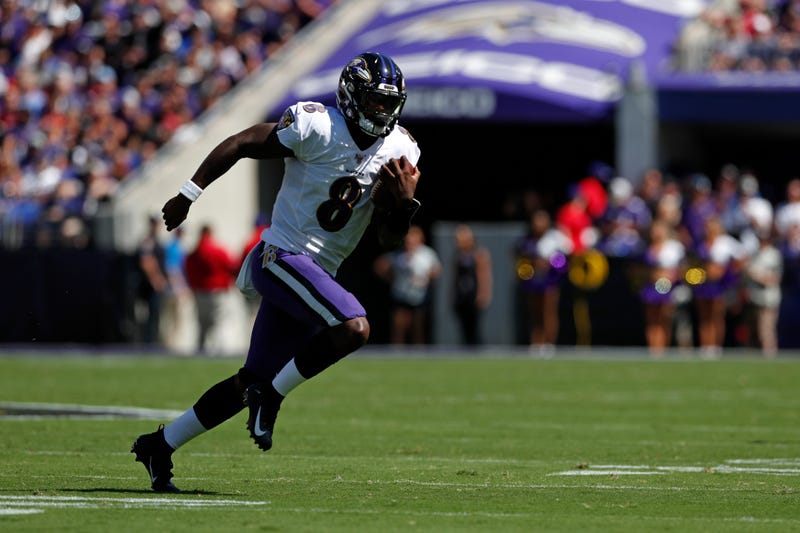 After an offseason of speculation about how he would perform in his first full season as an NFL starter, Baltimore Ravens quarterback Lamar Jackson has had an electric start to the 2019 campaign.

There's a lot of qualifiers to be added here; but Jackson has been arguably the best player in the sport through the first two weeks of the season. In Week 3, he and the Ravens will face their first major test of the 2019 season, as they'll head to Kansas City to take on the Chiefs. 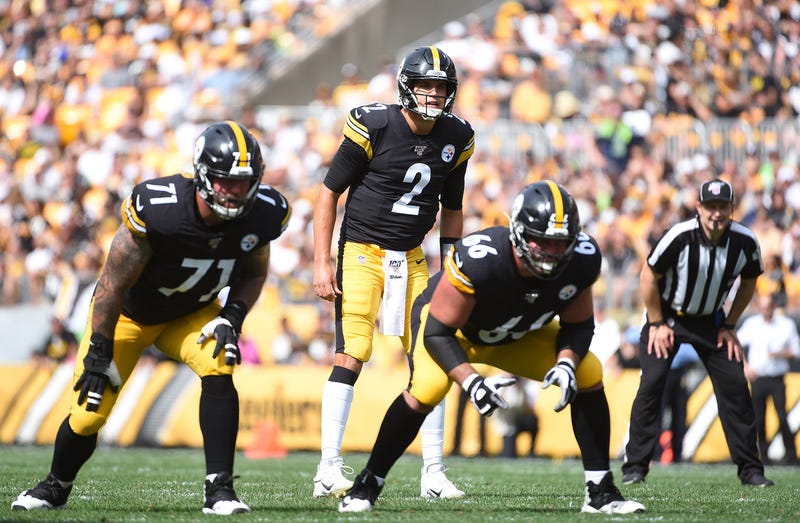 When the Steelers selected Mason Rudolph in the third round of the 2018 NFL Draft out of Oklahoma State, they did so with the thought that he could eventually succeed future Hall of Famer Ben Roethlisberger.

The 0-2 Steelers traded their 2020 first-round pick as part of a deal to acquire second-year safety Minkah Fitzpatrick from the Miami Dolphins on Monday. In some senses, that speaks to how valuable Fitzpatrick - a 2018 first-round pick whose rookie deal could run through 2022 if his fifth year option is exercised - is viewed. But if the Steelers thought they were going to bottom out with Rudolph at quarterback, they wouldn't have traded their first round pick in this upcoming year's NFL Draft. 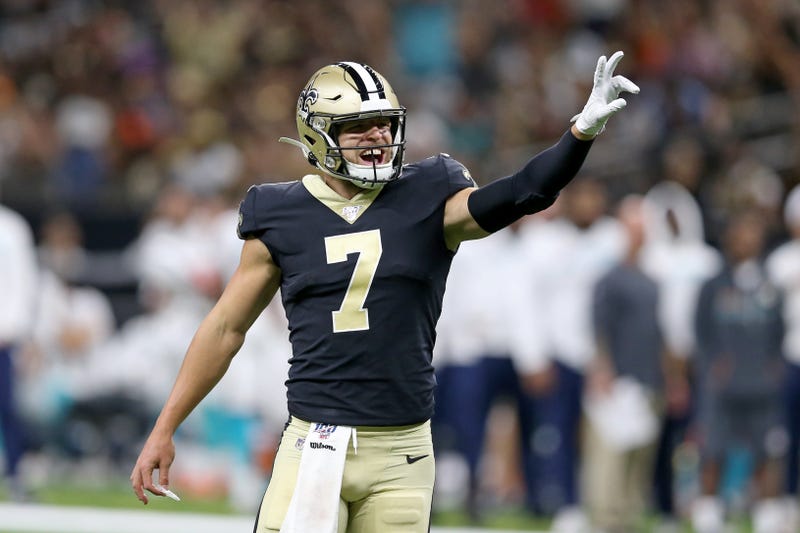 During the preseason, New Orleans Saints head coach Sean Payton added fuel to the fire in regards to comparisons that have been made of Taysom Hill to Hall of Famer Steve Young.

Troy Aikman - a Hall of Fame quarterback himself - recalled this on FOX's broadcast of the Saints loss to the Los Angeles Rams last Sunday and wondered why Payton didn't have Hill more involved under center when Drew Brees went down with what turned out to be a torn thumb ligament. 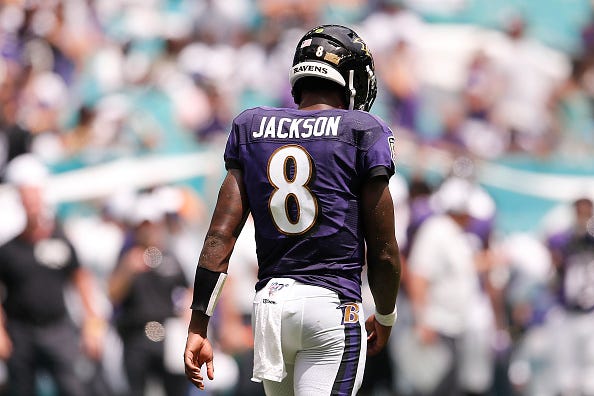 With Brees expected to miss approximately six weeks, Payton says that the Saints will use both Teddy Bridgewater and Hill under center. If that sounds a little too college-like, perhaps it will prove to be. But Payton is one of the best offensive minds in NFL history, so if anyone can figure out a way to make using two quarterbacks work until Brees returns, it will be him.

Beyond what type of workload Hill gets under center, it will be interesting to monitor how Payton uses him in other aspects. With Brees under center, Hill is used on special teams and as a gadget on offense that will run the ball. Now that he's the No. 2 quarterback - or maybe the 1B? - it's unclear if Payton will be as willing to put him in situations where he could potentially get injured. 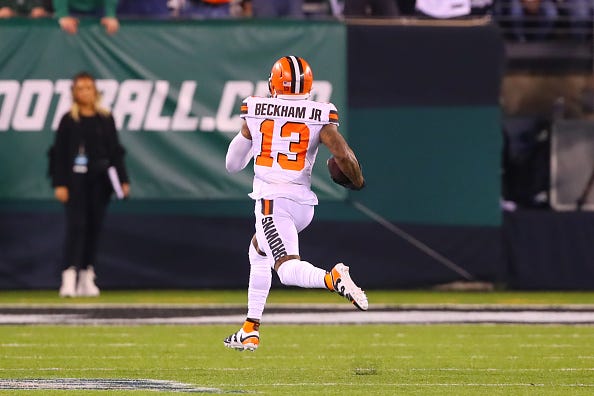 Odell Beckham Jr. and the Browns are entering a tough stretch in their 2019 schedule. Photo credit (Rich Graessle/Icon Sportswire via Getty Images)

In his final two seasons with the New York Giants, Odell Beckham Jr. missed 16 of a possible 32 games. An otherwise dominant individual tenure in New York didn't end in a good fashion, both in terms of individual availability or team success.

So it would seem fitting for the six-catch, 161-yard performance that Beckham had in his first game back at MetLife Stadium Monday to signal his return to being one of the game's elite offensive weapons.

Frankly, if the Cleveland Browns want to reach the postseason in 2019, they may need the three-time All-Pro wideout to carry them to a few wins in the coming weeks. Their next five games are against teams that are currently undefeated; the Los Angeles Rams, Baltimore Ravens, San Francisco 49ers, Seattle Seahawks and New England Patriots.