In the quest to return to football action in the fall amid the coronavirus pandemic, every single aspect of the game needs to be meticulously picked apart to ensure that health and safety are optimized given the circumstances. The amount of players, the presence of fans, the relative isolation of the players, the schedule, the rules... everything needs to be scrutinized under a microscope.

What the players wear is no exception.

Dr. Anthony Fauci recently put a damper on NFL fans' expectations in a phone call with Peter King. King wrote in his Football Morning in America column that Fauci called the NFL the "perfect set up for spreading" given the constant physical contact. No, it's not transmittable through sweat, but it is transmittable through the tiniest of respiratory droplets. And, though they may seem like superheroes out there, even football players can't exactly control if they let out a little spit after a bone-crunching tackle. 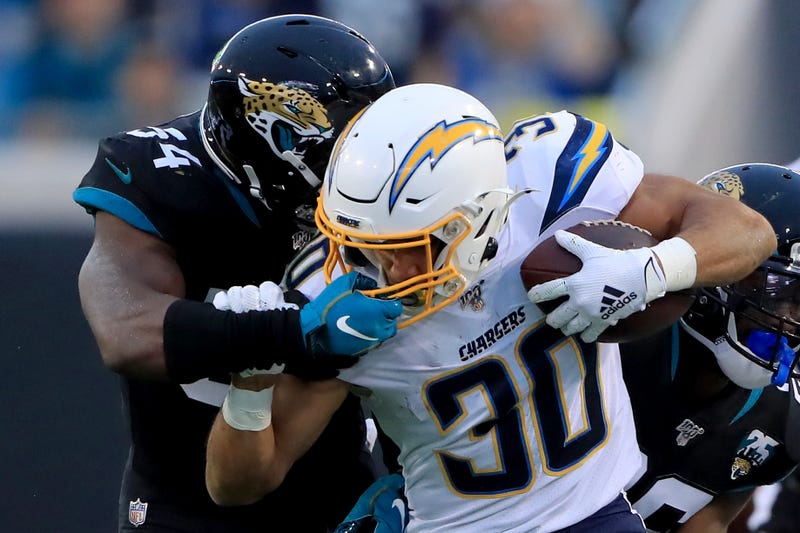 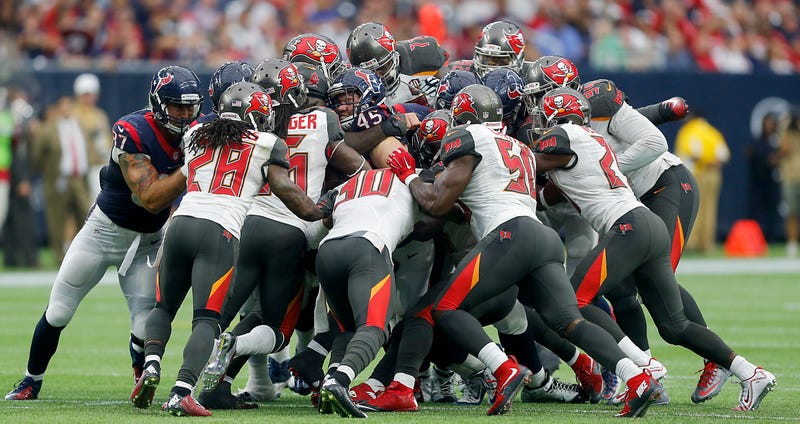 A dense pileup builds in a matchup between the Bucs and the Texans. Photo credit Getty Images 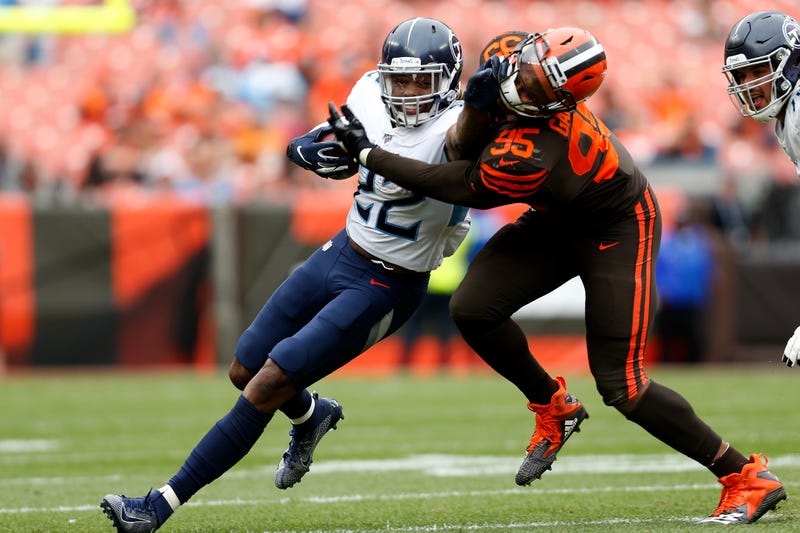 One of Derrick Henry's most devastating moves is his stiff arm. He caught Myles Garrett under the helmet with this one. Photo credit Getty Images

In short, the facemask is a risk area that can be exposed to a lot of players directly, as well as through the expulsion of small respiratory droplets that could spread from player to player, whether it's from an open-field stiff arm or in a huge scrum for a loose ball.

This is not the only problem area, which was brought up by Thom Mayer, the medical director of the NFL Player Association, who is an emergency physician himself.

"The highest risk to me... is getting out of a gown and getting out of a mask," Mayer said in an appearance on The Adam Schefter Podcast, speaking in terms of a disease spreading in a hospital. "The same is true in football. For a player... getting a helmet off, putting a mask on right afterwards, maintaining social distancing when not on a field as much as possible, using single-use hydration... anyone who's got a risk, I would advise them to be zealous, religious... almost maniacally committed to minimizing the chance of the spread of the virus."

Mayer also added that the medical task force of the league would likely recommend a new type of facemask with N95 or surgical material incorporated into it.

"That's a possibility," Mayer said. "Back in early March I had suggested that we should consider novel, emerging ways to handle the helmets and the facemasks and the spread of the virus.

"They've got some prototypes. They're doing really good work. Some of them, when you first look at them, you think 'gosh,' because you're not used to seeing it. But they're looking at every issue you can imagine... including when it fogs up. What do we do with that?"

Schefter confirmed that these facemasks are indeed a potentially viable alternative in the league's attempt to bring back a safe form of football, but there will be kinks to work out like the possibility of the visors fogging up. If you've ever walked around wearing a mask during this pandemic while also wearing some glasses, you'll know exactly the issue at hand. Guys like Drew Brees have enough trouble seeing over the heads of much taller linemen in front of them... adding a foggy visor doesn't do much to help that.

However, it's an encouraging thought that medical professionals are looking to develop modifications to the apparel of the players in order to support the effort to bring back football. Of course, the larger questions still loom, including whether or not testing will be widely available by the start of the NFL season. There are logistical problems as well, including Fauci's thought that an NFL team would have to "shut it down" for 14 days if there was a coronavirus spread throughout the tea.