Nick Foles signed a four-year/$88 million free-agent contract with the Jacksonville Jaguars this past offseason, as the former Super Bowl MVP gets another opportunity to start full-time away from the Philadelphia Eagles.

However, before Foles gets a chance to full move forward with his career, he'll get one last look at his past, as the Jaguars will host the Eagles Thursday evening in Week 2 of the preseason.

Ahead of the matchup, Brandon Graham - whose strip-sack of Tom Brady in the fourth quarter of Super Bowl LII helped secure the franchise's first Super Bowl title - told an interesting story about the perspective that Foles started the year with.

Tuesday, Graham told the collective media, which included Tim McManus of ESPN, that Foles had told him before the 2017 season that he was planning to retire at the end of the season. 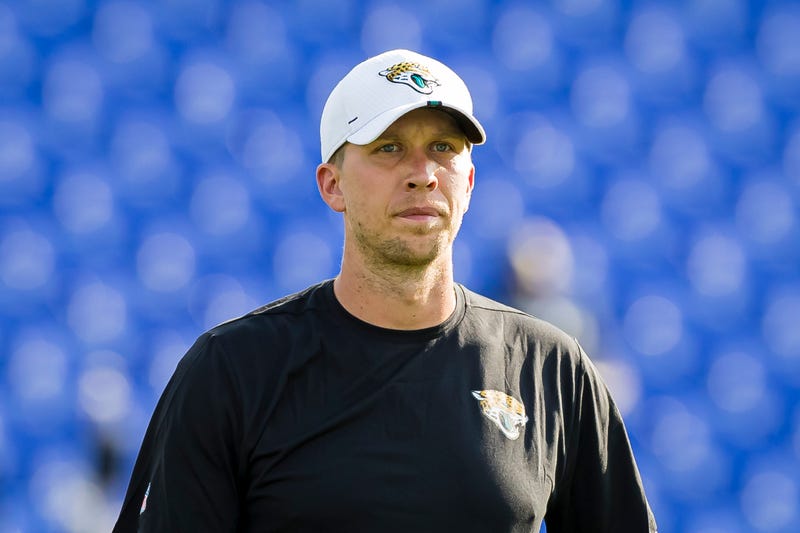 After an overwhelmingly successful second stint with the Eagles, Nick Foles is going to be the Jaguars starting quarterback. Photo credit (Scott Taetsch/Getty Images)

What was the biggest factor pushing Foles in the direction of calling it a career? Graham says it was the nagging elbow injury that kept him from playing at all during the 2017 preseason. Foles said in August of 2017 that the elbow injury had bothered him for periods of the 2017 season, when he was Alex Smith's backup with the Kansas City Chiefs.

Ultimately, Foles' elbow got healthy, but it's still fair to wonder whether Foles would still be in the NFL if Carson Wentz hadn't torn his ACL in Week 13 of the 2017 season, ending his MVP candidacy and thrusting Foles into the opportunity of a lifetime.

Heck, while Foles had the best two games of his life in the NFC Championship Game vs. the Minnesota Vikings and Super Bowl vs. the New England Patriots, it's not hard to envision a scenario where the Eagles were eliminated by the Atlanta Falcons in the NFC Divisional Round. In a freezing-cold game, Foles had a pedestrian game, going 23-30 and throwing for 246 yards after a disconcerting finish to the regular season and a first-round bye.

On the final play of the game, the would-be-game-winning touchdown hit off Julio Jones' hands, allowing the Eagles to advance. If Jones had caught that and the Eagles had only put up 15 games in a playoff game with Home Field Advantage, Foles immediately would have become a very unpopular figure in Philadelphia, as opposed to the cult hero with a statue outside the stadium that he eventually became. The "Philly Special" never would have happened. The Eagles may not have brought Foles back in 2018 as a rather expensive backup quarterback. Foles may have just elected to walk away from the game regardless, something he had previously contemplated doing.

Regardless of what happens in Jacksonville, Foles already has had one of the most unique careers in NFL history. To know that he thought the 2017 season may end up with him retiring, as opposed to holding up the Lombardi Trophy, just adds another layer to an incredible story.