The official Twitter account of NFL Research -- one of my favorites to follow -- is about as objective an account as you can find. If there's something of note in the world of NFL statistics, they deliver some awesome insight into whatever that stat may be and provide you with some great trivia questions. Not much opinion, not much bias... just the statistics, the context and some cool factoids.

The tweets came after Eagles head coach Doug Pederson defiantly answered a reporter who asked why quarterback Carson Wentz was missing easy throws that he referred to as "layups."

“Have you played quarterback in the National Football League? They’re not layups. There's ain’t a throw out here that's a layup!”@6abc #Eagles #CarsonWentz #DougPederson pic.twitter.com/fjlaGvbWMX 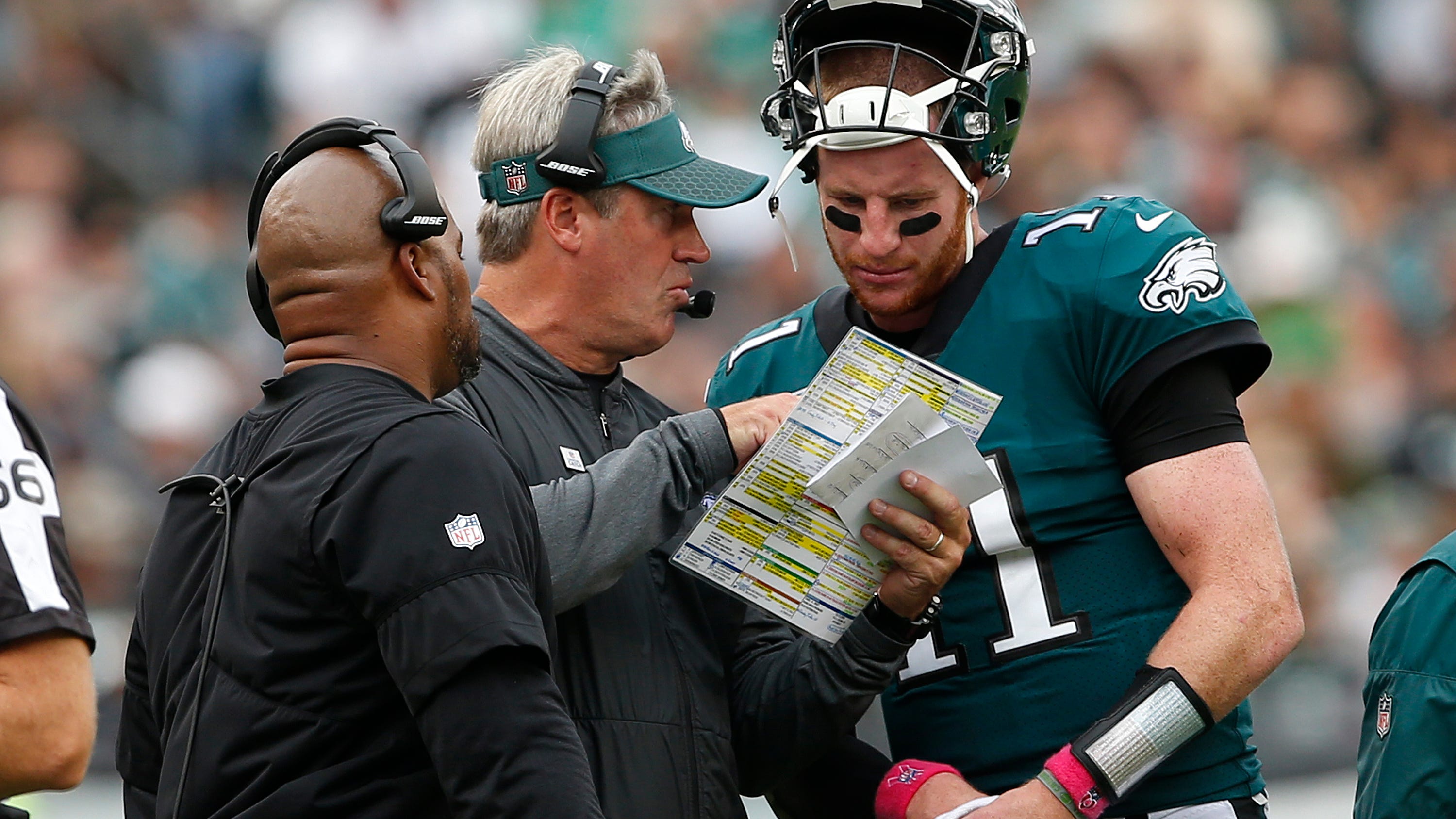 Pederson on Wentz missing easy throws: 'Have you played QB?'

So, the NFL Research team took on Pederson's claim with some fact-checking (via Brandon Lee Gowton of Bleeding Green Nation).

"Carson Wentz has completed 58.8 pct of his passes this season
@NextGenStats says he should have completed 67.7 pct of his throws, per their comp pct over expectation (CPOE) model
His -8.8 CPOE is 2nd worst in the NFL this season behind WAS Dwayne Haskins (min 30 pass attempts)"

"But Wentz has struggled much more on "medium" and "difficult" throws this season, with a -17.6 & -13.0 CPOE respectively
He's hit most of the "layups" that were expected, but has struggled on the tough throws"

And then came the real kicker.

"Pederson is a good advocate for the difficulty of completing passes in the NFL. During his career as a starter for the Eagles & Browns he completed 53.4 pct of his passes and had a 57.9 passer rating
Both were bottom-3 in the NFL among 39 QBs with 10+ starts in that span"

All of these tweets were deleted shortly after.

Sheesh. I guess that's what happens when a quarterback-turned-coach calls out a reporter for asking questions about how a QB should be playing better -- the stats come out to expose the coach, himself.