More bad news for the Philadelphia Eagles, as tight end Dallas Goedert reportedly has a fractured ankle, not a sprain, according to Jeff McLane.

Doug Pederson told reporters on Monday that Goedert has a lower body injury and "will miss some time."

The Eagles offense, already without veteran WR Alshon Jeffery (who practiced last week and is close to returning) and rookie WR Jalen Reagor for an extended period of time, will now be without their dynamic TE in Goedert. 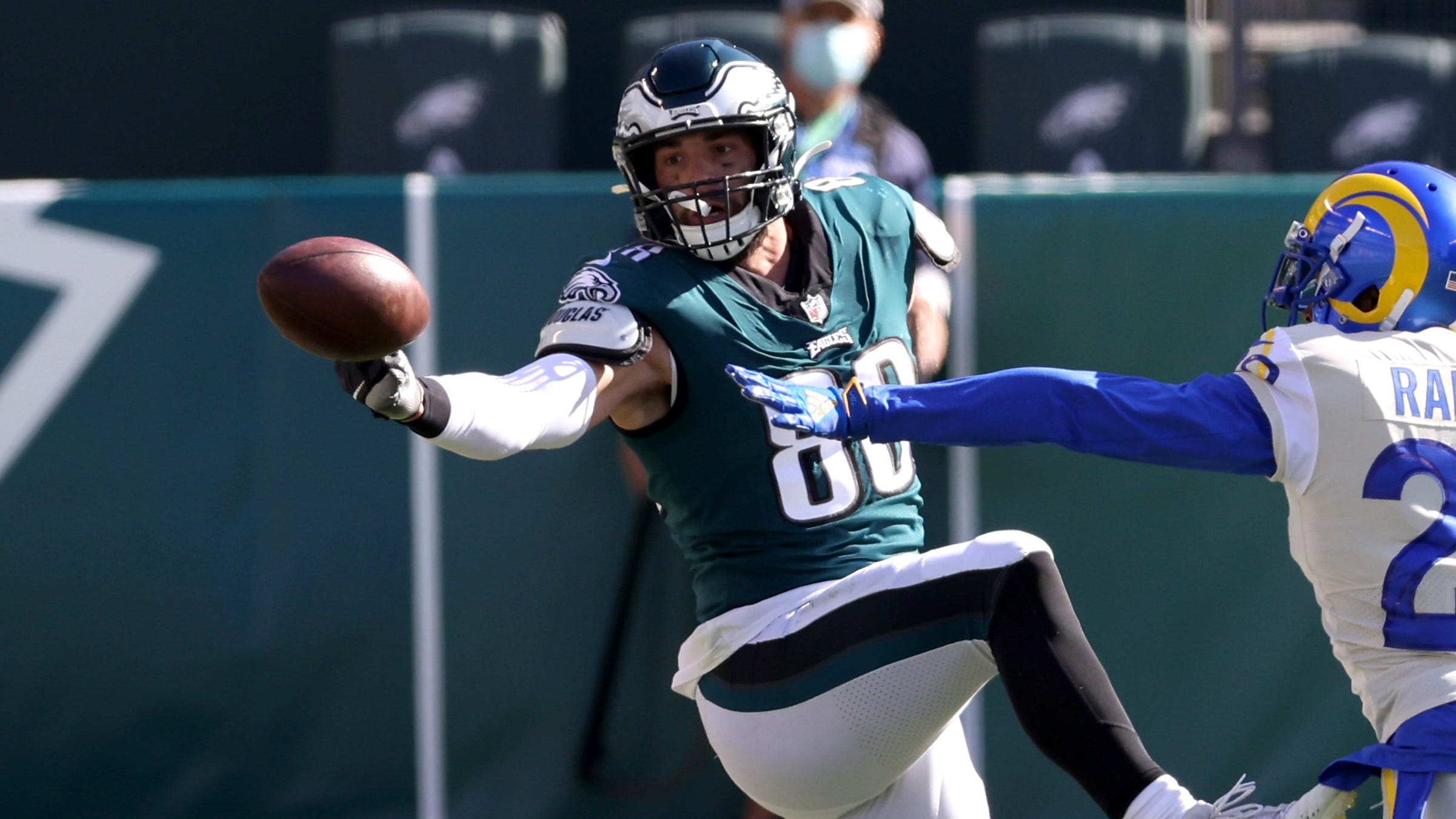 Also, DeSean Jackson is undergoing tests on his injured hamstring. On Monday, Pederson said he was "optimistic" about Jackson being able to play on Sunday, but either way, the Eagles are losing offensive weapons at a rapid pace.