The NFL schedule release is upon us and interest is already building for the upcoming fantasy campaign with best-ball and rookie drafts popping up every which way. For some, that may seem entirely too early, but I assure you, the fantasy wheels are already in motion. Earlier this week I partook in an expert mock draft for an upcoming fantasy magazine while also brokering a blockbuster trade in my dynasty league (Joe Mixon and a draft pick for Josh Allen, Raheem Mostert and Darius Slayton in a 12-team, super-flex). I’m not sure what that says about my priorities, but when all else fails, the mock-draft lobby is probably where you’ll find me.

Too early for a fantasy top 50? I think not. Obviously, a lot can change between now and Week 1—and even more so this year with the coronavirus complicating matters—so this isn’t my “set in stone,” “life depends on it” top 50. But hopefully these preliminary ranks will at least provide a useable baseline for early mockers and other forward-thinking fantasy players looking for a jump on 2020. For clarity’s sake, I should note these rankings are based on PPR scoring. Alright, enough preamble. To the rankings … 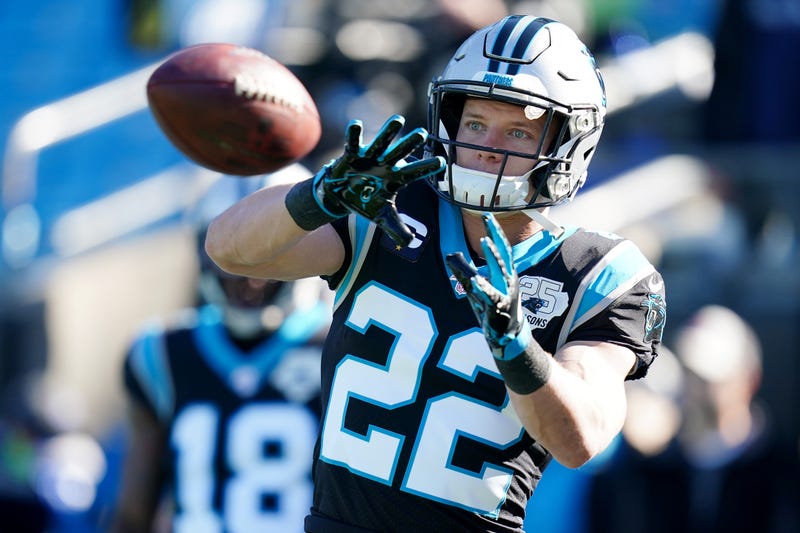 Christian McCaffrey’s reward for becoming the third player to total 1,000 yards rushing and receiving in the same year, a feat he accomplished while also compiling the third-most yards from scrimmage (2,392) in NFL history? A hefty raise (his $16 million AAV is the new high-water mark among running backs) and the No. 1 spot in my fantasy rankings. Including the playoffs, Davante Adams averaged 122 yards over his final five games last season including a 160-yard, two-touchdown eruption in Green Bay’s Divisional Round win over Seattle. He drew double-digit targets in each of those games and figures to see another enormous workload in 2020, especially after the Packers inexplicably failed to address receiver in last month’s draft. Alvin Kamara largely underwhelmed last season (he endured a nine-game touchdown drought at one point), but claims he was only operating at 75 percent. Assuming a clean bill of health, he should be much better in 2020. Derrick Henry went absolutely bonkers last year, leading the league in rushing yards while singlehandedly carrying Tennessee to playoff upsets of New England and Baltimore. The lack of receiving reps (18 catches in 2019) may knock him down a few pegs in PPR, but King Henry is still a touchdown-scoring maniac and a consistent week-winner across all fantasy formats. 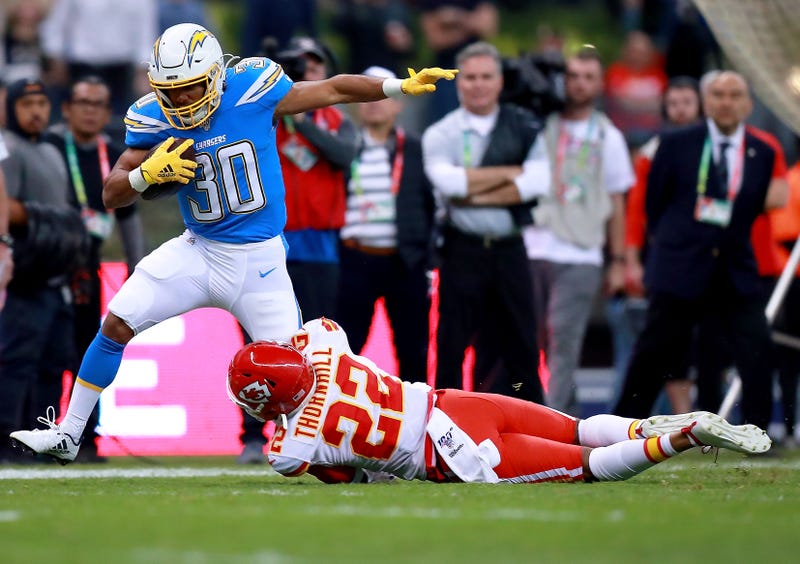 Even splitting a backfield with Melvin Gordon in 2019, Austin Ekeler finished as the PPR RB6 on a per game basis while netting career-highs in both touchdowns (11) and yards from scrimmage (1,550). With Gordon out of the picture, the versatile Ekeler should be able to build on last year’s breakout. We know Tom Brady favors slot receivers and Chris Godwin, who lined up inside on over 50 percent of his snaps last year (50.5 to be exact), figures to occupy the Julian Edelman role in Tampa. With Brady replacing interception-prone Jameis Winston under center, Godwin has a good chance to better last year’s career-best 86-1,333-9 receiving line. After years of slumming it with low-wattage committee backs, it appears the Eagles have finally found themselves a reliable workhorse in Miles Sanders. The 2019 second-rounder flourished down the stretch last season, leading all rookies in rushing yards from Week 10 on. Rookie of the Year snub Josh Jacobs’ 1,150 rushing yards in 2019 were the most by a Raider since Darren McFadden went for 1,157 in 2010. In Arizona, Kenyan Drake should see legitimate bell-cow usage with David Johnson (traded to Houston) no longer a threat to his workload. 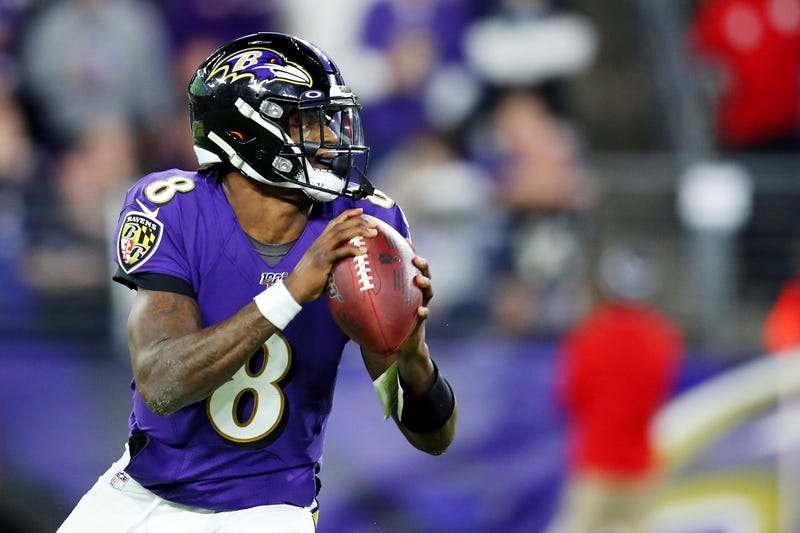 Not only did Lamar Jackson lead the league in touchdown passes (36) last season, but the reigning MVP also finished sixth with 1,206 rushing yards, obliterating the quarterback record established by Michael Vick in 2006. Patrick Mahomes may be the better all-around QB, but Lamar is the one you want on your fantasy team. Odell Beckham didn’t play up to his usual Pro Bowl standards in his Cleveland debut (74-1,035-4), which was likely the result of a year-long hernia injury. After tanking last season, JuJu Smith-Schuster should be primed for a bounce-back with Ben Roethlisberger (elbow surgery) expected to be ready for Week 1. Adam Thielen, who succumbed to his first injury absence last year, will also be looking to redeem himself after a down 2019. With Stefon Diggs no longer on the Vikings’ payroll, Thielen should see a truly staggering target share in Minnesota. Coming off a career-low 857 rushing yards, first-year Falcon Todd Gurley is hoping a change of scenery will lead to a fantasy renaissance in 2020. With touchdown regression likely and a promising newcomer waiting in the wings (second-round rookie A.J. Dillon out of Boston College), Aaron Jones seems unlikely to match the heights of his breathtaking 2019 (19 touchdowns, 1,558 yards from scrimmage). 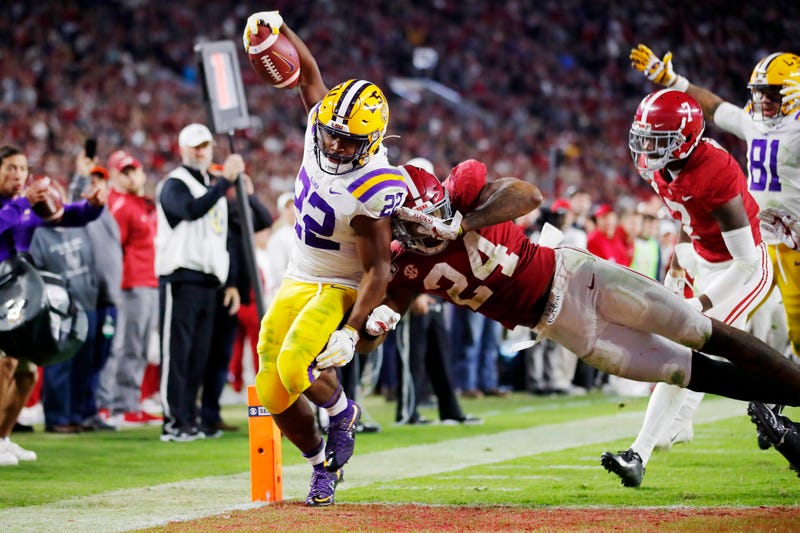 You’ll notice Clyde Edwards-Helaire was the only rookie to crack my top 50. He’s set up beautifully in KC, where the LSU alum’s receiving chops (55-453-1 last season) should make him an immediate fantasy contributor. There are plenty of mouths to feed in Dallas’ stacked offense, but even with Michael Gallup and CeeDee Lamb to compete with in a crowded Cowboys’ receiving corps, Amari Cooper—coming off career-bests in touchdowns (eight), receiving yards (1,189) and yards per catch (15.1)—still reigns supreme. Dallas Goedert’s emergence sapped some of Zach Ertz’s fantasy strength last season and this year could be even slimmer pickings with the Eagles adding Jalen Reagor, Marquise Goodwin and a healthy DeSean Jackson to the team’s receiving outfit. With Leonard Fournette a goner at the end of the year (Jacksonville declined his club option for 2021), look for the Jags to run their embattled workhorse into the ground. Uncle Len hasn’t been the most durable bell-cow since arriving as a first-rounder in 2017 (12 missed games in that span), but he should again flirt with RB1 relevance coming off career-highs in rushing yards (1,152), catches (76) and yards per carry (4.3). Calvin Ridley has “third-year breakout” written all over him after showing some serious muscle down the stretch in 2019 (27-395-3 over his final four games). 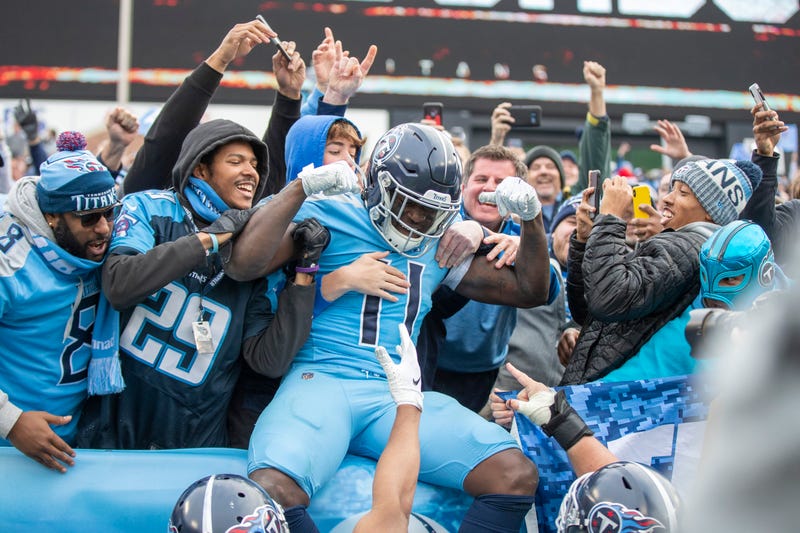 Robert Woods soaked up a career-high 90 catches last year (though only two resulted in touchdowns) and should be even more involved this season following Brandin Cooks’ trade to Houston. Last year’s receiving class was one for the ages. But of that group, A.J. Brown still stood tallest, pacing all rookies with 1,051 receiving yards while finishing second to Chargers standout Mike Williams in yards per catch (20.2). Even while logging just 456 snaps (39th among tight ends), Mark Andrews still snatched 10 touchdowns, the most at his position in 2019. Andrews’ already considerable volume should get a boost from Hayden Hurst’s departure this offseason (dealt to Atlanta). Le’Veon Bell’s return to the gridiron last year did not go according to plan—only Tampa Bay’s Peyton Barber averaged fewer yards per carry among qualified backs. And while the 28-year-old’s Pittsburgh prime is but a distant memory, Bell should stand to benefit from New York’s offensive line improvements (Mekhi Becton and Conner McGovern). Chris Carson doesn’t get much love from the fantasy community—or the Seahawks, who constantly undermine him by drafting running backs. But he’s quietly rushed for 2,381 yards since 2018, the fifth-highest output during that span. Tyler Lockett disappeared for a stretch last season (he averaged an anemic 26.8 yards per game in Weeks 10-14), but his 4.4 speed and nose for the end-zone (18 visits in his last two seasons) remain major assets.