Even with June fast approaching (the calendar flips on Monday), the NFL free agency wheel is still turning. More stragglers remain than usual at this juncture, likely a result of the coronavirus outbreak, including three-time Pro Bowler and former NFL MVP Cam Newton, who hails as easily the highest-profile free agent still on the market. A more-than-capable starter when healthy, Newton’s recent injury woes, including a Lisfranc operation that limited him to a career-low two regular-season games this past season, could be the culprit behind his continued unemployment.

The former Panthers mainstay will undoubtedly resurface at some point (though perhaps not as a starter), but what uniform will Cam be wearing when that day comes? I looked into my free-agent crystal ball and tried to decipher where Newton and six other unspoken-for talents could land in the coming weeks. 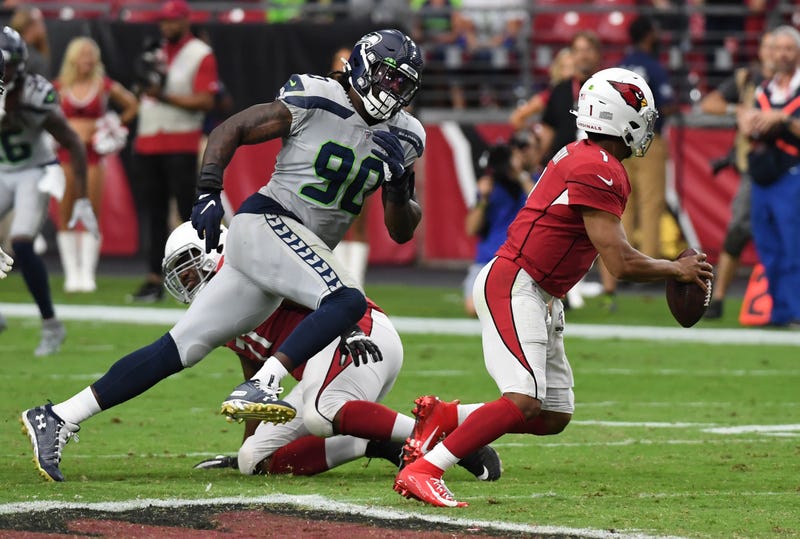 Clowney was among the most coveted defenders available when free agency began but the poison-pill combo of his meager counting stats (despite his first-round pedigree, he’s never reached double-digit sacks) and ambitious asking price have served to cripple the 27-year-old’s market. The Browns have reportedly presented Clowney’s strongest offer, though the fact a deal hasn’t come to fruition would suggest the interest they have in the former No. 1 pick isn’t mutual. The Seahawks don’t have a particularly inviting cap situation (a tick under $16 million at their disposal) but if Clowney is willing to accept a discount, a return to Seattle, perhaps on a one-year prove-it deal (allowing him to retest the market in 2021), could prove beneficial for all parties.

Freeman was sizing up an offer from the Seahawks last week before they pivoted to Carlos Hyde, who was more than willing to accept Seattle’s financial terms (one-year, $4 million). With that door closed, Freeman’s options are pretty limited now, though the Eagles, who are looking for veteran depth behind sophomore starter Miles Sanders, and Buccaneers remain in touch with the two-time Pro Bowler. Freeman’s prime years have come and gone—Atlanta’s decision to move on from him this offseason was a no-brainer, particularly once Georgia legend Todd Gurley became available. The Bucs drafted Ke’Shawn Vaughn with a featured role in mind, but with 42-year-old Tom Brady under center, baby-stepping his development is a luxury Tampa can’t afford. Vaughn may be the future but all that matters for Bruce Arians’ bunch is right now. Even as a committee or timeshare back, Freeman’s scoring prowess (43 career touchdowns) and wealth of big-game experience (he competed in Super Bowl LI) could make him a valued piece in the Bucs’ offensive puzzle.

While a Vikings reunion remains within the realm of possibility for Griffen, his strongest interest to date has come from Arizona. If the Vikings lifer opts for a change of scenery, Arizona would be a fun landing spot for Griffen on an up-and-coming Cardinals team led by reigning Rookie of the Year Kyler Murray. Chandler Jones accounted for nearly half (19) of Arizona’s 40 sacks last season and adding Griffen to the equation could take some of the pass-rushing burden off Jones, who logged an exhausting 1,069 defensive snaps (most among 3-4 outside linebackers) in 2019. Griffen’s 2018 was derailed by mental health struggles but he returned in style last year, grading as ProFootballFocus’ sixth-best pass-rusher among 59 positional qualifiers at 4-3 defensive end. The veteran’s market has been slow to develop but considering his exceptional track record, interest in the esteemed 32-year-old is bound to pick up at some point. 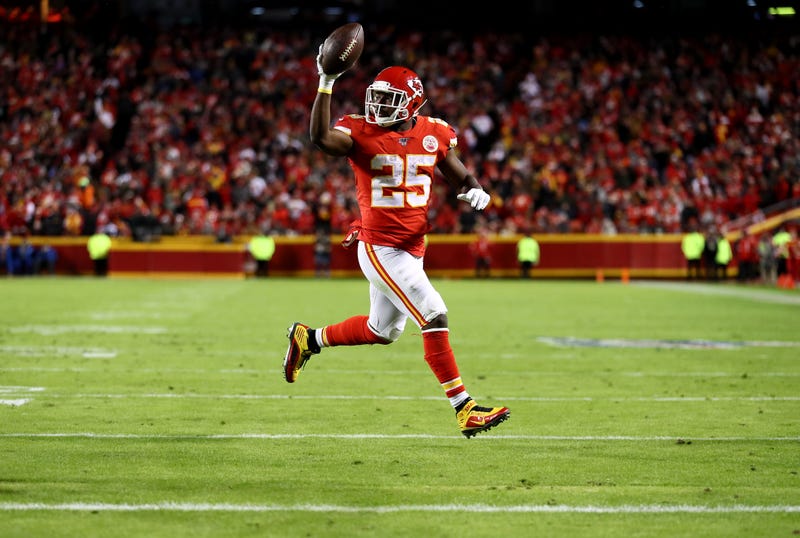 McCoy finally earned his first Super Bowl ring in 2019. Well maybe “earned” isn’t the right word—the declining 31-year-old barely played down the stretch for KC and didn’t even dress for the Chiefs’ title-clinching victory over San Francisco in Super Bowl LIV. The fact McCoy couldn’t rise above committee status in a backfield led by Damien Williams, and on a team coached by arguably his biggest cheerleader, Andy Reid (who presided over the Eagles when Philadelphia drafted him in 2009), doesn’t bode well for the forgotten free agent. But as a locker-room sounding board with over a decade of NFL wisdom to impart—which is all the Eagles would require of him—having McCoy return to his Philadelphia stomping grounds as insurance for entrenched starter Miles Sanders would make a world of sense. It’s no secret the Eagles have been scouring the backfield market for depth—Devonta Freeman and McCoy have both been on the team’s radar while Carlos Hyde was also in their crosshairs before the Seahawks pounced on him. Anyone expecting the McCoy of old will be disappointed, but as a low-risk camp body, what’s the harm in Philly giving Shady another look?

After months of persistent cold shoulders, Newton—the Panthers’ all-time leader in passing yards (29,041), touchdowns (182), completions (2,371) and regular-season victories (68)—is still no closer to finding work. Despite obvious quarterback needs, the Patriots and Jaguars won’t touch him with a 10-foot pole while the Chargers, Bears and Redskins have similarly explored other avenues. We’ve seen Jameis Winston, Joe Flacco and Andy Dalton settle for backup gigs and as the days go by, it’s looking more and more likely that Newton will endure the same fate. If Newton is amenable to a lesser role (which certainly would not be his preference, though backup dollars are better than nothing at all), aligning with Pittsburgh would arguably make the most sense. Ben Roethlisberger is coming off elbow surgery and while Newton isn’t exactly a picture of durability himself, you’d be hard-pressed to find a better backup than the former Heisman winner. Already 38 with his contract expiring after 2021, it stands to reason that Big Ben’s QB throne in Pittsburgh will soon be up for grabs. If Newton is willing to wait a year or two (Winston seems to be implementing a similar approach in New Orleans, though Sean Payton’s Taysom Hill obsession could complicate that pursuit), the Steelers could eventually tap Cam as the heir to Roethlisberger.

Peters’ main interest this offseason has come from the Browns—who are already well-stocked on the offensive line after splurging on Jack Conklin and using a first-round pick on former Crimson Tide standout Jedrick Wills—and the Eagles, the team he’s spent his last 11 seasons with. A nine-time Pro Bowler with a future Hall of Fame plaque waiting for him in Canton, Peters, even at 38 years of age, remains one of the league’s stoutest blind-side protectors when healthy. That wasn’t the case last season, though the Eagles’ continued flirtation with Peters would suggest the team isn’t sold on 2019 first-rounder Andre Dillard. The plan right now is for Dillard to start at left tackle but the Eagles could always push that back a year if Peters’ market dries up. 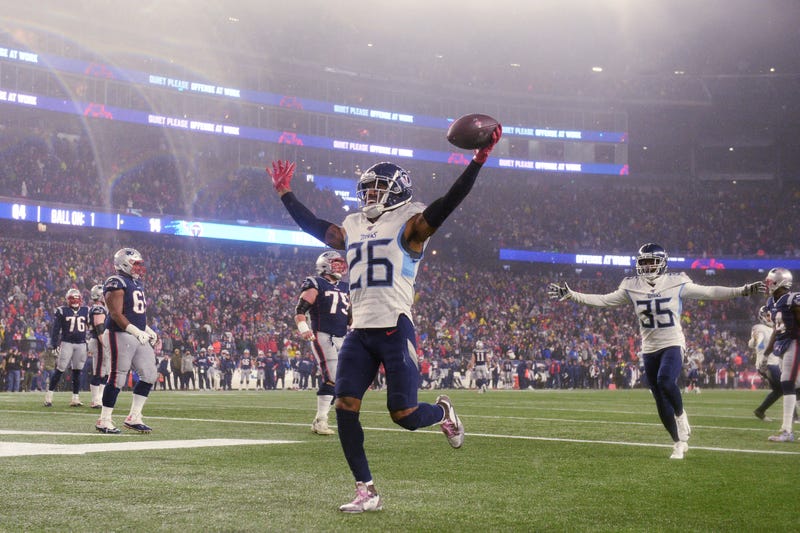 There were rumblings earlier this month that Ryan, a New Jersey native and former Rutgers Scarlet Knight, was on the cusp of becoming a Jet. Ryan acknowledged that joining New York would make “a lot of sense,” but made clear he’s still “open for business.” Well that was over two weeks ago and we haven’t heard a peep from Ryan since, suggesting the former Titan may have overplayed his hand. While it’s debatable how big of an upgrade Ryan would actually be on the Jets’ current slot corner, Brian Poole (Poole earned significantly higher marks from ProFootballFocus last season), New York’s talent-deficient secondary needs all the help it can get, particularly with All-Pro Jamal Adams playing hardball in extension talks. If Ryan is willing to lower his asking price and meet the Jets somewhere in the middle, the talented 29-year-old could be headed to East Rutherford in the very near future.