Stats don’t mean everything, but they sure can dictate a lot.

For example, nine of the top ten leaders in rushing yards were on winning teams in Week 11. The five teams who took the most sacks all lost in Week 11.

We can get specific, too. The Dolphins, who had allowed six 80-yard games to opposing teams’ No. 1 receivers, were torched by Bills WR1 John Brown to the tune of 137 yards and two scores.

Here are some intriguing stats to watch for as we head into Week 12. 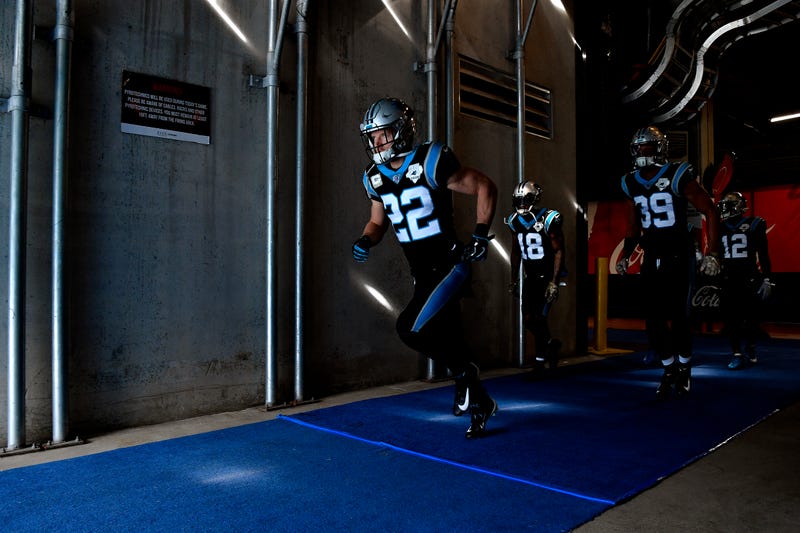 1 and 8
The number of running backs to total 100 yards against the Saints this season, and the number of 100-yard games for Christian McCaffrey

Run-CMC leads the NFL in yards from scrimmage, and it’s not particularly close. He averages 157.6 total yards per contest, gaining more than 100 on the ground alone. But his most difficult test so far could come in Week 12, as he plays against the suffocating New Orleans defense that has only conceded 100 total yards to one opposing running back (Leonard Fournette) and has yet to allow a 100-yard rusher on the year. If the Panthers want to win this game, it’s clear that they will have to ride their MVP-candidate the distance, but the Saints will probably center almost all of their attention on the Stanford product. 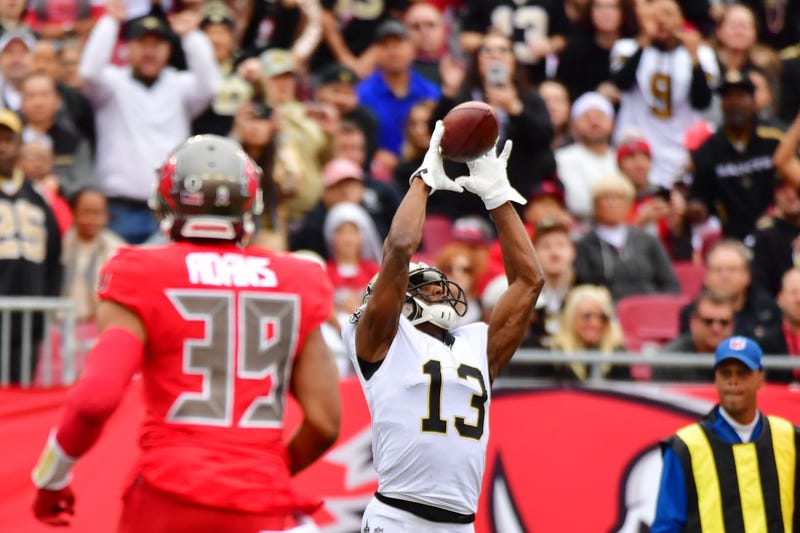 9 receptions, 135 yards, 2 touchdowns
The average stat line of opposing WR1s against the Buccaneers in the past three weeks

The Buccaneers sure do love their shootouts. It’s common knowledge that Jameis Winston isn’t the greatest quarterback that the NFL has to offer, but there’s a reason he leads the league with over 40 passing attempts per game. His secondary allows a lot of yards, and the biggest benefactor of this seems to be their opponents’ No. 1 wide receiver. In the past three weeks, we’ve seen monstrous stat lines from Tyler Lockett, Christian Kirk, and Michael Thomas, and it won’t get any easier heading into Week 12. Julio Jones has likely been salivating over this matchup for a while now. Last year, he had 144 and 138 yards in the two times these squads matched up, and absolutely torched the Bucs in 2017 for 253 yards in Week 12. 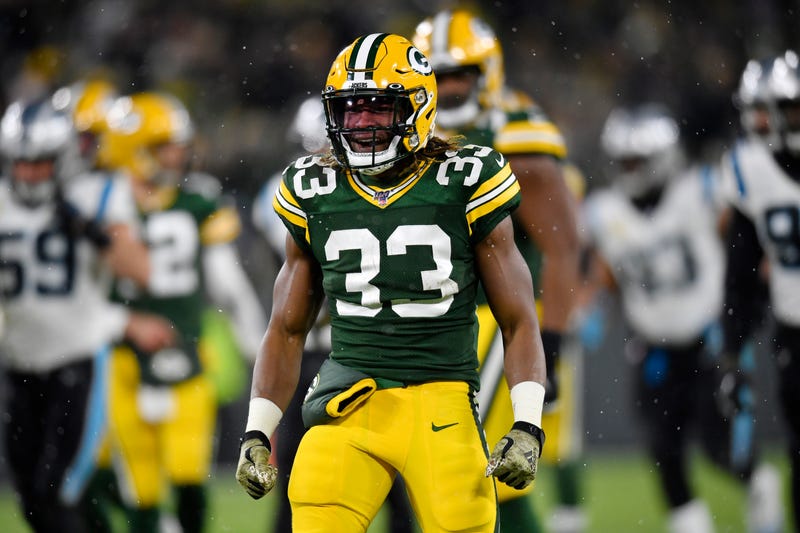 Aaron Jones has been a big part of the Packers success in 2019. Photo credit (Quinn Harris/Getty Images)

3 and 14
How many touchdowns the 49ers have surrendered to opposing running backs, and the number of touchdowns for Aaron Jones this season

Jones sits atop the NFL leaderboards with 14 touchdowns scored on the year, but the Niners don’t allow running backs to find pay dirt very easily, as they have surrendered the second-least in the league up to this point. Conversely... 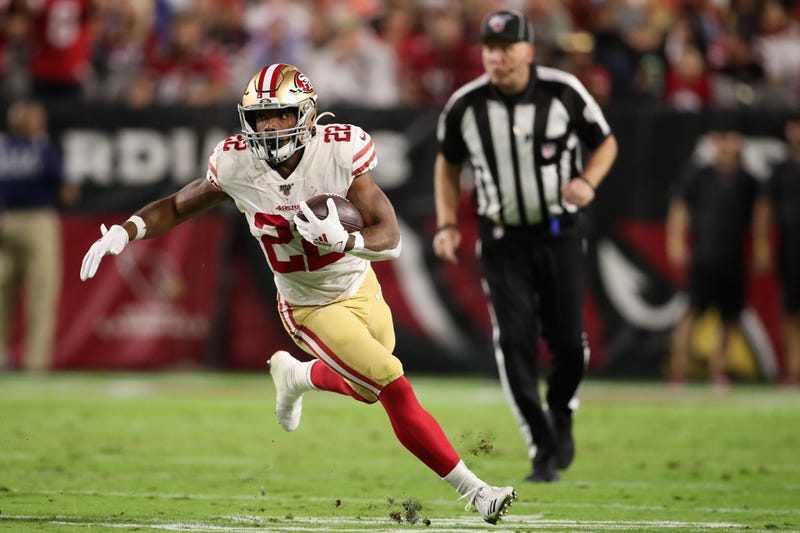 … the Packers defense does not have the same success against the ground attack as do the 49ers. Kyle Shanahan’s offensive creativity has enabled his offense to have some massive games on the ground (275 rushing yards vs. CLE; 259 yards vs. CIN; 232 vs. CAR). Though they struggled with only 34 rushing yards against Arizona last week, the Niners could bounce back nicely against Green Bay. 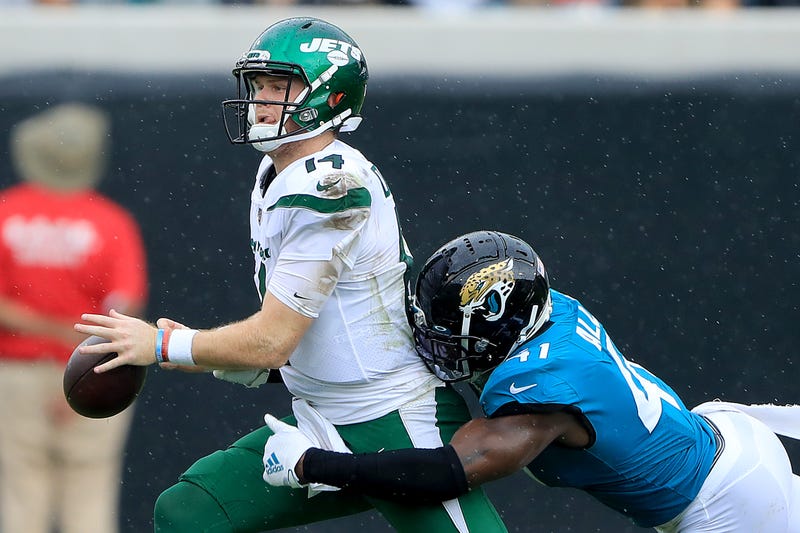 After a shocking victory against the Chiefs, offensive tackle Taylor Lewan took it upon himself to admit that he’d been playing at a subpar level. He’s right: this line has allowed the most sacks in the league. Though that number may be higher than if Ryan Tannehill had been the season-long starter, it’s still something that plagues this team every week. Tannehill has been sacked eight times in the past two weeks, and the Jaguars provide another challenging opponent as they attempt to wreak havoc in the Tennessee backfield. 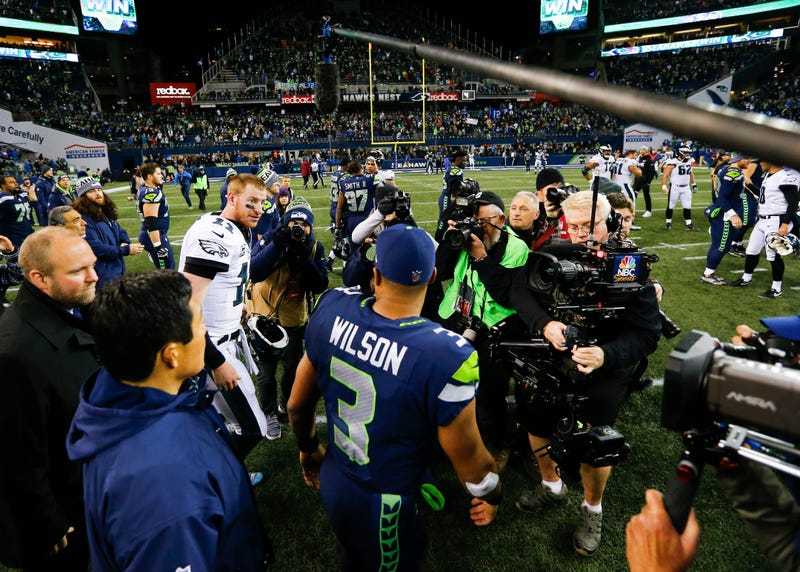 5 and 1
Number of game-winning drives by Russell Wilson and Carson Wentz, respectively

One of these guys presents a much more enticing option if you had to choose a quarterback to lead a gutsy, game-winning drive. Though Wentz is as good a performer under pressure as there is (in some cases, at least), Wilson is putting up MVP-caliber numbers while leading the Seahawks to an 8-2 record through 11 weeks. Several of these games have been close-fought, as Seattle’s average margin of victory is only 2.1 points per game. The other 8-2 team in the NFL, the Baltimore Ravens, have an average margin of victory of 14.5. Meanwhile, the Eagles have lost a trio of close games this year, and Wentz’s only “game-winning” drive came at the very beginning of the fourth quarter and was capped off not by Wentz, but by Jordan Howard on the ground. If this one is close as Vegas currently suggests, the Seahawks seem to have a big advantage. 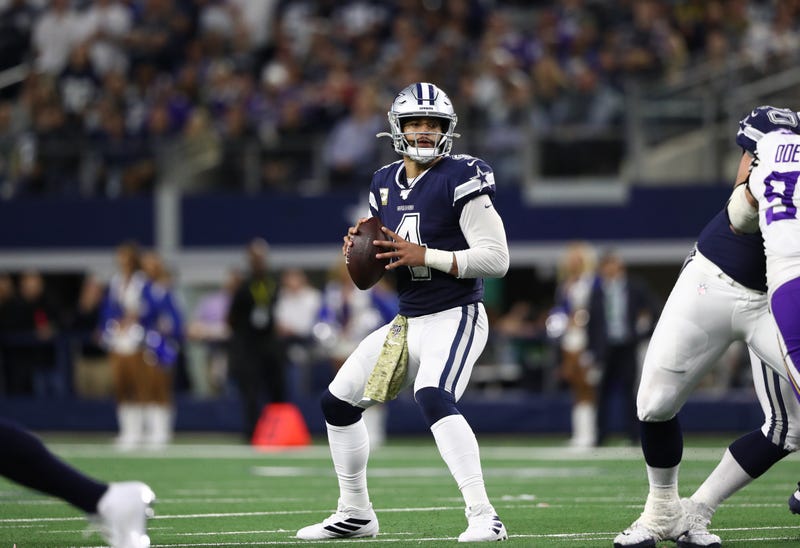 Dak Prescott is having the best season of his career. Photo credit (Ronald Martinez/Getty Images)

1 and 2
League ranks for Dallas (3.2%) and New England (4.0%) in percentage of offensive plays resulting in a sack

This one has the looks of a good old-fashioned brawl in the trenches. Two of the stoutest offensive lines square off. Get ready for lots of grind-it-out football and an absolutely classic chess match. Another area where Dallas ranks first and New England second? Emory professor Michael Lewis found that these two fan bases are the “best” in all of football in a recent study, according to USA Today.

news
Most People Agree Their Skin Is Healthier From Spending More Time at Home
news
Second Grader Tests Positive for COVID-19 After First Day Back in School
music
Walmart Planning Pop Up Drive-In Theaters In 160 Store Parking Lots
music
FANDEMIC: Corey Taylor Discusses His Solo Album That Was Years in the Making
news
Couple Raises $20,000 to Buy Face Masks for Their Community
news
Tyson Foods Will Test Employees Weekly for Coronavirus at All U.S. Plants