From the Rams’ “Greatest Show on Turf” offense, a high-octane attack led by Hall of Famers Kurt Warner and Marshall Faulk, to the Cowboys’ iconic “Triplets” consisting of Troy Aikman, Michael Irvin and all-time rushing leader Emmitt Smith, the NFL has produced no shortage of era-defining nicknames throughout its storied history. Recent entries like Seattle’s ruthless “Legion of Boom” secondary and its Denver counterpart, the “No Fly Zone,” are living proof the NFL’s appetite for catchy nicknames continues to be as strong as ever.

Nicknames can feel forced at times—a talent of Patrick Mahomes’ all-world caliber warrants something much more robust than his current “Showtime” moniker, a blatant rip-off of the Magic Johnson-led Lakers teams of the 1980s (Rich Eisen’s campaign for “The Patural” predictably fell flat). But rebranding Mahomes is an exercise for another day. Instead, I’m here to shine a well-deserved light on 15 of the sport’s most recognized nicknames, and a few bonus picks for your consideration.

If you think “The Bus” is a little on the nose, that’s because it is. There’s nothing particularly subtle or inventive about comparing a 255-pound halfback to a large transportation vehicle (conveniently enough, the Steelers’ black and gold color scheme echoes that of a school bus), but in Bettis’ case, the label definitely fits. The eight-time 1,000-yard rusher made a career out of flattening his opponents, using his immense size to shed would-be tacklers while bullying his way to 94 NFL touchdowns (91 rushing, three receiving). Not everyone gets to go out on top but Bettis was one of the lucky few, raising the Lombardi Trophy in his hometown of Detroit in 2006. It can’t be a coincidence that the portly Bettis made his final NFL appearance in Super Bowl “XL.” 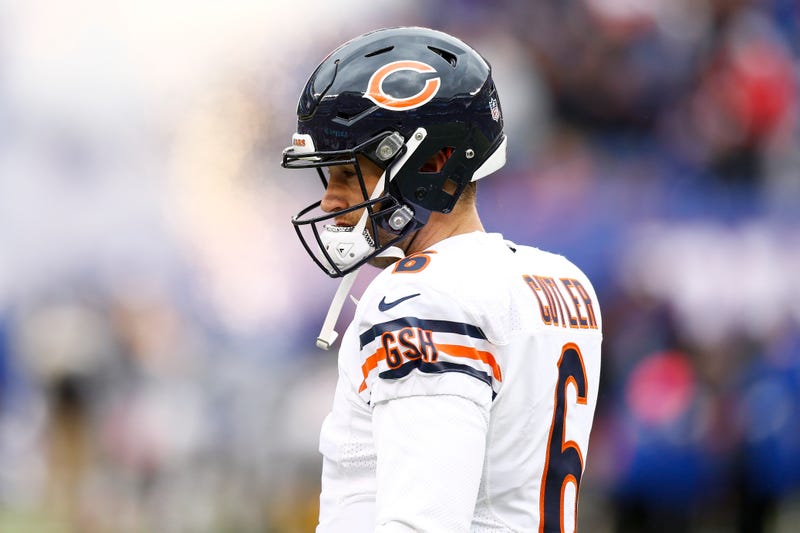 Some may characterize Cutler as a villain, but frankly he didn’t put in enough effort for that to be the case. Cutler wasn’t a sinister figure lording over the NFL like Darth Vader in the Death Star. He was just an apathetic underachiever who happened to play the most important position in pro sports. The 37-year-old from Santa Claus, Indiana, of all places, achieved riches ($127 million in career earnings) and fame (he married reality star Kristin Cavallari), yet he could never muster a single drop of enthusiasm, playing with the passion of a rock. Whether Cutler’s noticeable disinterest was a well-crafted gimmick or indicative of his true inner self, fans saw meme potential and quickly turned the Bears QB into a viral sensation. And all it took was a photo-shopped Marlboro and a puff of fake smoke. Cutler isn’t a smoker, but thanks to the Internet, generations will grow up thinking he went through a pack a day.

One of the most feared linemen in football during his Pittsburgh heyday, the 6’4,” 275-pound Greene packed a lot into his 12 NFL seasons, compiling four Super Bowls, 10 Pro Bowls and two Defensive Player of the Year awards while serving as the centerpiece of Chuck Noll’s dominant “Steel Curtain” defense. Greene played with a fire in his belly, but he was a pushover off the field, as demonstrated in his heartwarming “Hey kid, catch!” commercial. “Nice” Joe Greene just wouldn’t have had the same ring to it.

Listed at a seismic 350 pounds, odds are, you won’t find Harrison frequenting the local salad bar or giving a TED talk on “portion control” anytime in the near or distant future. But the 31-year-old’s festively plump physique hasn’t stopped him from becoming a useful NFL contributor (and a highly-entertaining one at that), totaling 485 tackles, 11 sacks and four forced fumbles across eight seasons spent mostly with the Jets and Giants in North Jersey. A fan favorite at each of his NFL stops, Harrison also happens to have one of the sport’s better nicknames. 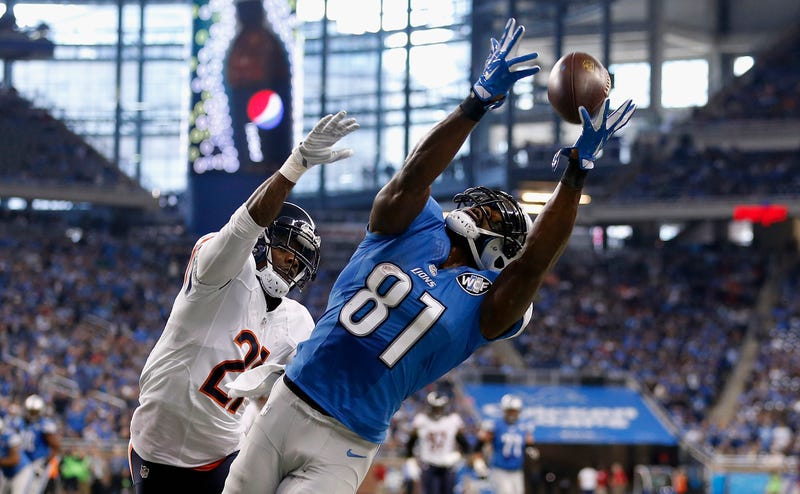 Injuries spelled an abrupt end to Johnson’s masterful career in 2016, but the nine NFL seasons he gave us were nothing short of brilliant. A breathtaking package of size (6’5”/237) and speed (4.35 forty), the former second overall pick was Hercules in cleats. Johnson was the closest we’ve seen to a real-life Transformer (complete with tinted helmet visor), making the usually lackluster Lions a surprisingly fun watch throughout his nine-year run in the Motor City. Eligible for Canton enshrinement next summer (a mere formality for the certain Hall of Famer), Johnson still holds the league’s single-season record for receiving yards with 1,964. The diminutive Julian Edelman was known as “Minitron” for a time, obviously an homage to the enormously-proportioned Johnson, but Edelman’s cheap imitation just doesn’t carry the same weight as the original.

Kearse wasted no time making a name for himself in the NFL, exploding for 14.5 sacks as a rookie in 1999 and earning All-Pro recognition while leading the Titans (who benefited from a Music City Miracle in their playoff opener) to an AFC title. His production plummeted in the years that followed, but at his peak, Kearse was an athletic marvel, boasting 4.4 speed at 6’5” and 265 pounds. It’s debatable whether Kearse made the most of his supreme athletic gifts, but he was no doubt a freak of nature during his debut 1999.

Though never a star, Knighton enjoyed a perfectly respectable seven-year NFL run, starting 96 of 108 career games at nose tackle. The 355-pound behemoth was a stout run defender, amassing 230 career tackles between stints in Jacksonville, Denver and Washington. However, the Connecticut native was arguably best known for his glorious nickname, which apparently emanated from a particularly elaborate meal order he placed during his time as a Jaguar. The “Pot Roast” persona took on such a life of its own, I’d wager a fair number of fans aren’t sure of Knighton’s real name. The well-fed 33-year-old may not have enjoyed as distinguished a career as others on this list, but when it comes to awesome nicknames, Knighton’s “Pot Roast” alias takes the cake.

Beloved, wildly charismatic and immensely quotable, the colorful Lynch has been a bright spot wherever he’s gone in his career. But besides keeping us all in stitches with his Skittle-popping, golf-cart-riding, bagpipe-playing antics (not to mention his musings on the need to protect “chicken” at all costs), Lynch was also a damn good football player, steamrolling opponents with his pounding, downhill style of running. The Beast Quake—and its equally magnificent sequel—will go down as two of the most memorable runs of all-time. “Beast Mode” is much more than a nickname—it’s a state of mind. And to think Darrell Bevell wouldn’t give him the ball on the one-yard line. Shame on you, sir.

No one commanded an offense quite like Manning, a born leader who probably needs a separate house (not a problem considering his $248 million in career earnings) to store all the hardware he acquired over his decorated 18-year career (two Super Bowl rings, a record five MVP awards, Comeback Player of the Year, three retired numbers). The future Hall of Famer served under many head coaches (Tony Dungy and Gary Kubiak among them) in the NFL, but the huddle—and the audibling privileges that came with it—belonged to Manning alone. Some sheriffs wear badges, but the only authority Peyton ever needed was the ball in his right hand.

Martin probably should have paced himself a bit better—he peaked as a wide-eyed rookie in 2012 (319-1,454-11 rushing line). But even if the Boise State alum’s NFL career was a flop, Martin still garners top marks for his impeccable nickname. Martin was initially reluctant to embrace his “Muscle Hamster” identity, suggesting “Dougernaut” as his preferred alternative. But much like Gretchen’s foiled attempts to make “fetch” happen in the movie Mean Girls, the “Dougernaut” movement never had legs. Besides, how could the compactly-built Martin, a 223-pound bruiser, resist such a brilliant branding opportunity? Long live the “Muscle Hamster” in all his vascular, iron-pumping glory. 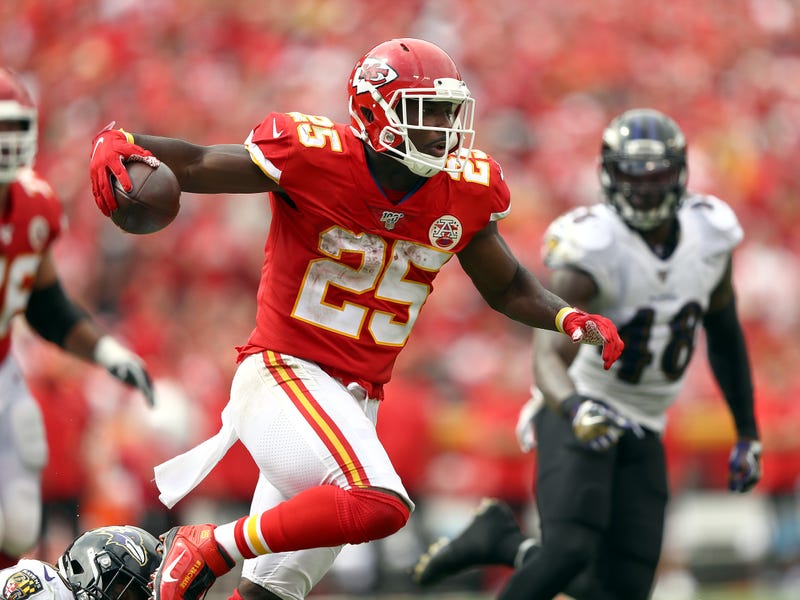 Not to be confused with Eminem’s demented alter ego “Slim Shady,” McCoy has been among the league’s most consistent backfield performers since debuting as a second-round rookie in 2009, ranking 22nd on the NFL’s all-time rushing list and third among active ball-carriers. A six-time Pro Bowler and former rushing champ, McCoy earned his nickname from his mother, who described him as a “shady” child with erratic mood swings. It’s not the most flattering name she could have picked, but the 32-year-old seems to have embraced it. While McCoy hasn’t been able to drum up much interest on the free-agent market this offseason (though he could be of interest to the Eagles, should the team seek a veteran mentor for sophomore stud Miles Sanders), the former workhorse can at least take solace in the Super Bowl ring he won as a member of the world champion Chiefs (coached by fellow Eagles alum Andy Reid) in 2019.

Namath’s stats may not look as illustrious in retrospect—he barely completed half his passes (50.1 completion percentage) and was much more likely to throw it to the other team (220 career interceptions) than for a touchdown (173). But even if Namath was a bit rough around the edges, there was no denying Broadway Joe’s cool factor with his rugged good looks and endless array of fur coats. Hell, the Alabama product (where he played under legendary coach Bear Bryant) even won the Jets a Super Bowl, following through on his famous guarantee. True to his nickname, Namath has even flashed his acting chops from time to time with cameo appearances on The Love Boat, The A-Team and ALF, among others.

It’s been a while since “Sweetness” presided over the Bears’ backfield, but even in the decades since Payton’s Windy City reign, few have matched his accomplishments (he ranks second to only Emmitt Smith in career rushing yards) while even fewer have rushed with the same flair or precision as the late Hall of Famer. Payton only climbed the mountain top once, claiming his lone Super Bowl as a member of the legendary ’85 Bears (still considered one of the greatest teams to ever grace an NFL gridiron), but even if he only reached the winner’s circle once, the former MVP will long be remembered for his smooth strides and the way he made defenders tumble to the turf like bowling pins.

There’s no off switch in Peterson’s universe. It’s full throttle 24/7, 365. Personally, that sounds like an exhausting existence (said the guy who just let his clean clothes sit in a laundry basket for two days before, at long last, mustering the gumption to finally put them away). But Peterson, who hopes to play into his 40s, wouldn’t have it any other way. Already fifth on the NFL’s all-time rushing list, the 35-year-old showed he had plenty left in the tank last season, leading the Redskins in yards from scrimmage (1,040) while posting his highest rushing average (4.3 yards per carry) since 2015. You may recall Peterson’s obscene 2012 when he rumbled to 2,097 yards en route to claiming MVP honors, finishing eight yards shy of Eric Dickerson’s long-standing single-season rushing record less than a year after blowing out his knee. That’s not the work of a human being. Peterson is an extraterrestrial sci-fi villain disguised as an NFL running back.

One of the greatest multi-sport athletes ever, Sanders lived for the bright lights. The Cowboys legend (and occasional Atlanta Braves outfielder) earned All-Pro distinction at, not one, not two, but THREE different positions (cornerback, punt returner and kick returner). Sanders even tried his hand at receiver for a spell in 1996 (36-475-1). Scouts have talked up incoming Cardinals rookie Isaiah Simmons as a similar jack-of-all-trades, but Sanders was the original football hybrid. And all it got him was two Super Bowl rings and a first-class ticket to Canton. Sanders didn’t skimp on his nickname either, going straight for the top shelf with “Prime Time.”