Remember as a young draft hopeful when Kevin Durant caught flak for failing to lift the minimum 185 pounds during bench-press drills at the NBA Combine? Michael Turk—an All-Pac-12 punter who came to prominence at Arizona State after previously shredding the FCS as a member of the Lafayette Leopards—enjoyed a much different experience upon arriving in Indianapolis for this week’s NFL Combine.

Turns out Turk, who comes from a strong football lineage (his uncles Matt and Dan combined for 34 years of NFL service), can move mountains. The ex-Sun Devil was an animal in the weight room Thursday, sending the Combine into a frenzy with a bench-press performance for the ages. The 6’1,” 226-pounder got after it with a jaw-dropping 25 bench reps, besting all 33 receivers in attendance. He even finished in a dead heat with Cincinnati’s Josiah Deguara (listed at a bulky 6’2”/242), the pace setter among this year’s tight-end crop. Adding context to Turk’s prolific weight-lifting, ESPN’s Jeff Legwold notes his 25 reps were more than Jadeveon Clowney (6’5”/266), Chandler Jones (6’5”/266) and Michael Bennett (6’3”/274) registered during their Combine appearances. 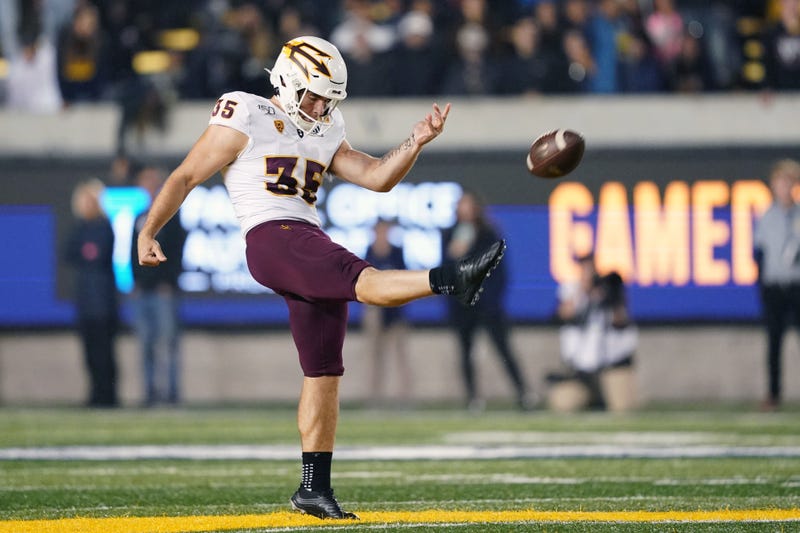 Those familiar with Turk’s body of work could probably have seen this coming. The Dallas native’s punts traveled an average of 46 yards last season, the 11th-highest rate in the nation. He went berserk in ASU’s season opener, booming a career-long 75-yard moon shot in a victory over Kent State.

Punters don’t typically get much draft love—only two came off the board in 2019 (Mitch Wishnowsky of the Niners and New England’s Jake Bailey). But after stealing the show with his weight-room heroics Thursday, maybe Turk and his super-charged right leg will be an exception. If not, he can swing by Philadelphia and help me move into my new apartment. That couch isn’t going to move itself and lord knows I can’t lift it.