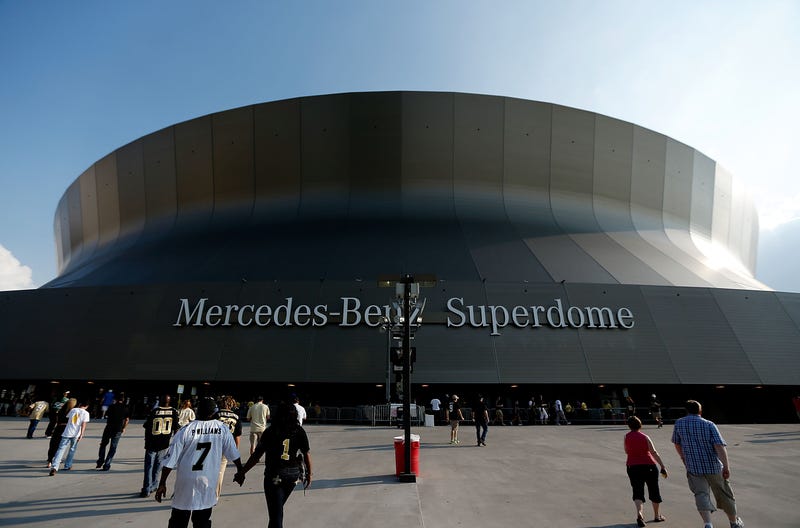 The New Orleans Saints may be on the cusp of an explosive scandal that would trounce the Houston Astros' fiasco in terms of real-life consequences.

Friday, Jim Mustian of The Associated Press reported that the Saints organization plans to fight in court to prevent over 250 emails from becoming public that counsel for "about two dozen men" suing the Archdiocese of New Orleans suggest show that the Saints were complicit in helping the Catholic church in its “pattern and practice of concealing its crimes." The alleged crimes were related to sexual abuse by officials involved in the church.

Gayle Benson, the team's owner, has deep ties to the Catholic church. She and her late husband, Tom, were among those awarded the Pro Ecclesia et Pontifice by Pope Benedict XVI in 2012. The AP article adds that Benson has "given millions of dollars to Catholic institutions in the New Orleans area."

The AP's reporting suggests that attorneys representing the Saints have categorically denied the Saints involvement in the scandal, but, like the Archdiocese of New Orleans, they don't want to allow the emails to be released to the public.

Since the publication of the story, the Saints have issued a statement:

"While there is current litigation relative to the New Orleans Archdiocese and clergy sex abuse, our comments are limited only to the scope of our involvement. The New Orleans Saints organization has always had a very strong relationship with the Archdiocese. The Archdiocese reached out to a number of community and civic minded leaders seeking counsel on handling the pending media attention that would come with the release of the clergy names in November of 2018. Greg Bensel, Senior Vice President of Communications for the New Orleans Saints, was contacted and offered input on how to work with the media. The advice was simple and never wavering. Be direct, open and fully transparent, while making sure that all law enforcement agencies were alerted. The New Orleans Saints, Greg Bensel and Mrs. Gayle Benson were and remain offended, disappointed and repulsed by the actions of certain past clergy. We remain steadfast in support of the victims who have suffered and pray for their continued healing.

Further, the Saints have no interest in concealing information from the press or public. At the current discovery stage in the case of Doe v. Archdiocese, the Saints, through their counsel, have merely requested the court to apply the normal rules of civil discovery to the documents that the Saints produced and delivered to Mr. Doe's counsel. Until the documents are admitted into evidence at a public trial or hearing in the context of relevant testimony by persons having knowledge of the documents and the events to which they pertain, the use of the documents should be limited to the parties to the case and their attorneys. If admitted into evidence of the case, the documents and the testimony pertaining to them will become part of the public record of the trial of the case."

The ramifications of such a scandal would be hard to comprehend. Forbes estimated in 2019 that Benson is the richest person in the state of Louisiana. Not only does she own the New Orleans Saints, but the New Orleans Pelicans and Dixie Brewing Company.