Barry Sanders' name has come up quite a bit over the last few days because he, like former Indianapolis Colts quarterback Andrew Luck, retired earlier than most expected. But the Hall of Fame running back is focused on the Hall of Fame potential he sees in a current running back.

As New York Giants running back Saquon Barkley enters his second NFL season, Sanders says that he believes the 22-year-old has a chance to join him one day in the Pro Football Hall of Fame.

“There are a lot of guys who have really good first years (only), but he appears to be one of those guys who has that potential for all-time greatness,” Sanders said to Pat Leonard of The New York Daily News. “And I would think he’s just as hungry, just as driven to really restore the Giants to former glory.”

After the Giants selected him out of Penn State with the No. 2 overall pick in 2018 NFL Draft, Barkley ran for 1,307 yards and 11 touchdowns, while averaging five yards a carry in his rookie season. On top of that, he caught 91 passes for 721 yards en route to winning the Offensive Rookie of the Year. 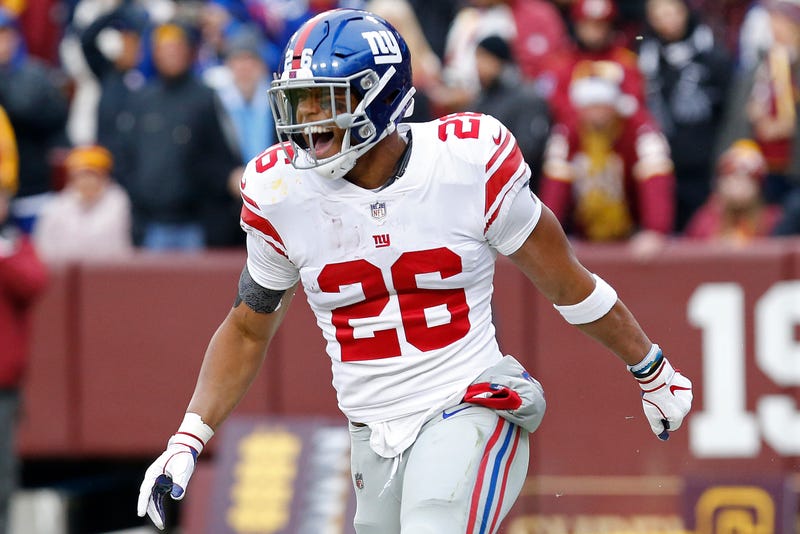 As Sanders alluded to, though, Barkley had one of the greatest rookie seasons of all-time for a Giants team that went 5-11. Sanders - who ran for 15,269 yards in 10 seasons for the Detroit Lions - knows a thing or two about having great individual seasons for bad teams. He won just one playoff game in his career.

Barkley's best hope for avoiding a fate similar to that of Sanders - in terms of lack of playoff success - is for No. 6 overall pick Daniel Jones to develop into a star quarterback. The Giants were almost universally panned for their selection of Jones, though Barkley said earlier this summer that the criticisms of the pick will go away when Jones "wins two Super Bowls."

In his first three preseason appearances, Jones has made Barkley and the Giants look pretty smart, as he's gone 25-30 for 369 yards and two touchdowns. Still, the Giants plan is for Jones to sit behind Eli Manning during the regular season. With the Philadelphia Eagles and Dallas Cowboys in their division, the Giants, at least for another year, are likely to be the Saquon Barkley show.