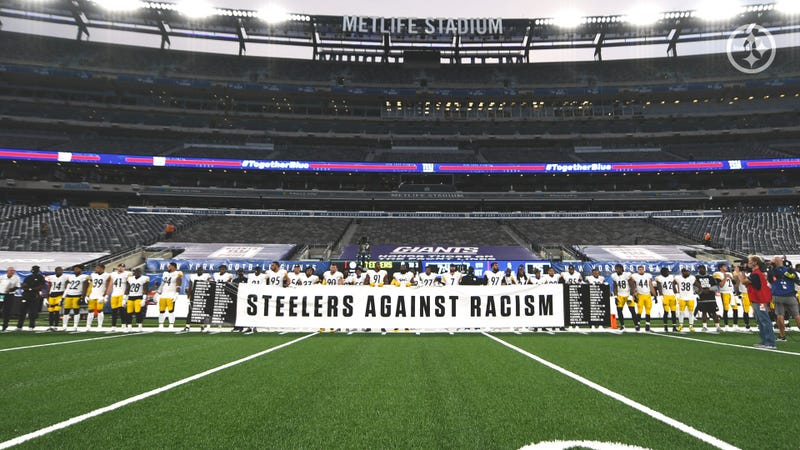 The Steelers made a statement during the National Anthem right before the beginning of their Monday night opener against the New York Giants.

The team lined up, all standing, holding a banner that read "Steelers Against Racism."

There were questions whether or not players would kneel during the anthem, but all of the players stood while unveiling the sign.

The black and white banner and all of the Steelers players names on either side of it.

Ben Roethlisberger, Cam Heyward and T.J. Watt were among the players in the middle of the line.

No fans are in attendance at Metlife Stadium and the phrase, "End Racism" was painted in the back of one of the end zones.

The Steelers also have the name of police shooting victim Antwon Rose Jr. on the back of their helmets.