The NFL celebrated 100 years in 2019, but the Super Bowl has only been around since 1967 when the National Football League and its rival American Football League merged to face each other to determine which league had the best team.

The first Super Bowl, which was known then as the NFL-AFL Championship game featured the Green Bay Packers and Kansas City Chiefs at the Los Angeles Memorial Coliseum. Both teams felt pressure from their respective leagues to prove it was the superior league, and the NFL did just that as the Packers routed the Chiefs, 35-10.

Two years later, the game would officially be called the "Super Bowl," and the New York Jets became the first AFL team to win the title by beating the Baltimore Colts in a monumental upset.

From there, the game continued to grow into the biggest American sporting event that is today. Here are some fun facts about the Big Game:

Who Has the Most Super Bowl Wins Ever?

Both the New England Patriots and Pittsburgh Steelers have won six Super Bowls each, which is tied for the most Super Bowl wins for a franchise. The Patriots are 6-5 in 11 Super Bowls while the Steelers are 6-2 in eight Super Bowls. They could soon be joined by the San Francisco 49ers if they beat the Kansas City Chiefs in Super Bowl LIV.

Which Player Has the Most Super Bowl Victories? 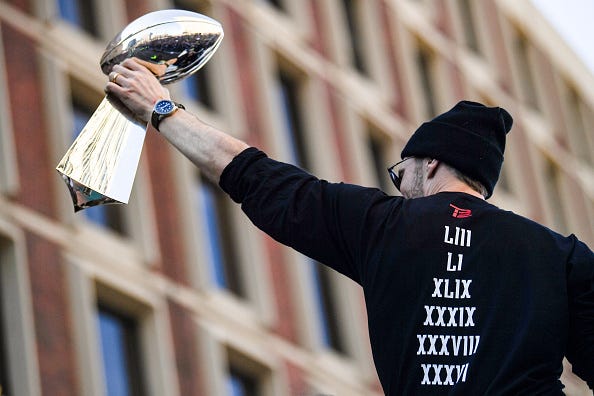 This honor belongs to none other than Tom Brady. The Patriots quarterback made history with his sixth Super Bowl victory in 2019 with a 13-3 win over the Los Angeles Rams in Super Bowl LIII. Brady surpassed a tie with Hall of Fame linebacker Charles Haley, who won two Super Bowls with the 49ers and three with the Cowboys. Brady has won all six with the Patriots and is 6-3 in the Big Game all time.

Who Has the Most Super Bowl Losses?

Believe it or not, this one also belongs to the New England Patriots. While they have won six, the franchise also has five losses having appeared in the Super Bowl a record 11 times. Three of those losses came during the Bill Belichick/Brady era, losing twice to the New York Giants and once to the Philadelphia Eagles. The Patriots also fell to Brett Favre and the Green Bay Packers in Super Bowl XXXI in 1997, and lost in their first Super Bowl appearance ever to the vaunted 1986 Chicago Bears in Super Bowl XX. The Buffalo Bills and Minnesota Vikings are both next with four losses each.

What is the Highest-Scoring Super Bowl?

Here’s one that the Patriots fell one point shy from taking. The highest-scoring Super Bowl of all time would be Super Bowl XXIX when the San Francisco 49ers routed the San Diego Chargers in a 49-26 affair, combining for a total of 75 points.

What is the Lowest-Scoring Super Bowl?

Who Has Called the Most Super Bowl Games?

We have become accustom to hearing the voices of Joe Buck, Al Michaels and Jim Nantz call the Super Bowl over the years, but none of them match the amount of Super Bowls called by former player and broadcaster Pat Summerall. He was a part of 16 total Super Bowls, doing play-by-play for 11 of them, color commentary for four, and was the sideline reporter for the very first Super Bowl. Eight of those Super Bowls he called alongside John Madden, including his very last one in 2002 with FOX.

Which Teams Have Never Been to a Super Bowl? 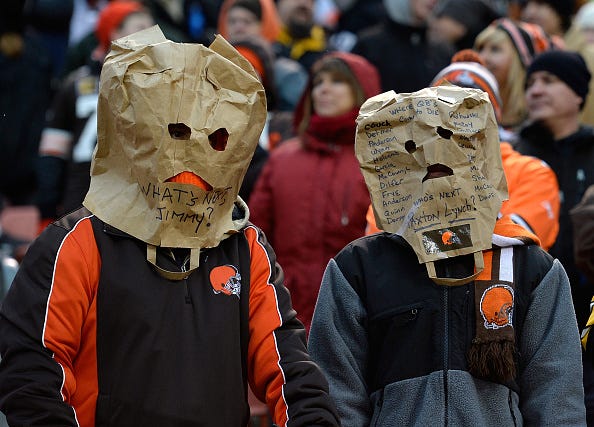 The Detroit Lions, Cleveland Browns, Jacksonville Jaguars and Houston Texans are the only four teams to have never appeared in a Super Bowl. The Jaguars and Texans are all expansion teams, while the Browns and Lions have been around the pre-Super Bowl era and have won four championships each. The Browns' most recent championship came in 1964 while the Lions date back even further to 1957.

Which City Has Hosted the Most Super Bowls

How Much Does a Super Bowl Ticket Cost?

The average resale price for a ticket to Super Bowl LIV between the Kansas City Chiefs and San Francisco 49ers in Miami was going for $6,232 on Seatgeek, an online ticket-selling platform, two weeks before the Big Game. The cheapest ticket was for $5,727 while the most expensive ticket was going for $70,153. If you wanted an 18-person suite, that cost about $439,000, per TicketIQ.

How Much Does a Super Bowl Ring Cost? 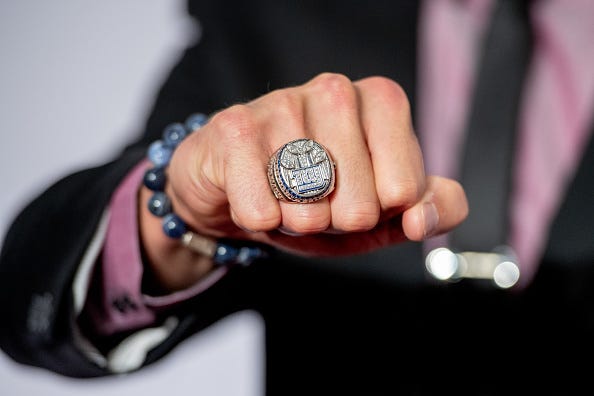 Finding out the cost of a Super Bowl ring has been tricky. According to MONEY, neither the team nor jeweler reveals the price of the ring, but there have been other ways to find this information. ESPN reported the Super Bowl rings for the 2015 New England Patriots cost $36,500 each. Rick Harrison, the star of the reality TV show "Pawn Stars," told MONEY that rings from popular teams like the Patriots can sell for $40,000-$50,000 on the secondary market, and the more famous the player it belonged to, the higher it goes. He estimated a Tom Brady ring could go for as much as $250,000.

How Much Does a Super Bowl Commercial Cost?

In 2019, 30-second advertisements on CBS were being sold between $5.1 and $5.3 million, per Bloomberg. The price of a commercial will vary on its placement during the broadcast.

How Much Are Super Bowl Halftime Performers Paid?

This may come as a bit of a surprise, but halftime performers at the Super Bowl are not paid at all. The NFL will cover production costs, but artists typically use the Super Bowl as a platform for self-promotion. In 2018, Justin Timberlake saw a 534 percent boost in record sales, and Lady Gaga had a 1,000 percent increase after she performed in 2017, per FOX Business.