Tom Brady was in a celebratory mood as his Buccaneers pulled away from the New Orleans Saints in the second half of Sunday night's playoff matchup.

The only problem was, not everyone shared his enthusiasm. 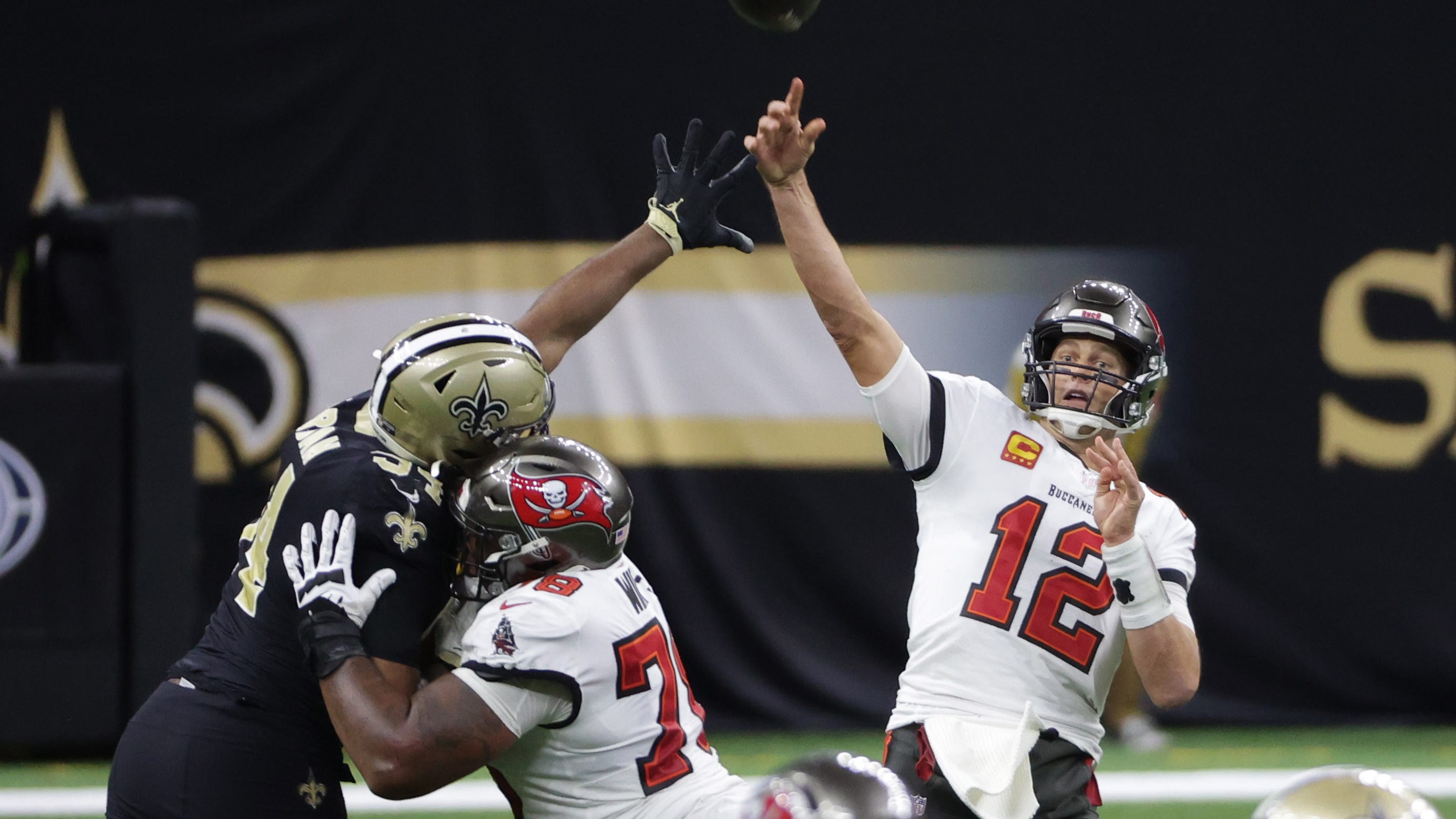 Brady produced a viral moment after a fourth-quarter touchdown plunge put the Bucs ahead by 10 points with less than five minutes remaining in the game.

The 21-year veteran was so pumped up, he offered up a high-five to a referee -- who, apparently unamused, promptly left Touchdown Tom hanging.

Brady, en route to his 14th appearance in a conference championship in his decorated career, shrugged off the snub and giddily returned to his sideline, where he shared embraces with his coaches and teammates.

The 43-year-old NFL legend turned in an uneven performance overall, completing just 18 of 33 attempts for 199 yards and two scoring strikes, but he looked increasingly comfortable in the second half, with the Bucs' offense capitalizing on a series of New Orleans mistakes.

Brady's scoring plunge came only a few plays after Brees' second pick, all but sealing the game.

After the game, Brady shared a nice moment with Brees, was reportedly set to retire upon the conclusion of the Saints' season. Brees declined to confirm the report after the game, but appeared to bid farewell to the crowd and some of his teammates and opponents as time expired.