The crop of NFL free-agent wide receivers in 2020 is notably thin. For most teams in need of help at the position, they will have to turn their gaze toward the draft, which is projected to be historically rich in pass-catching talent. However, there are a handful of brand-name receivers to be signed who could make a difference for competitive teams or those wishing to spend those precious draft picks on other positions. 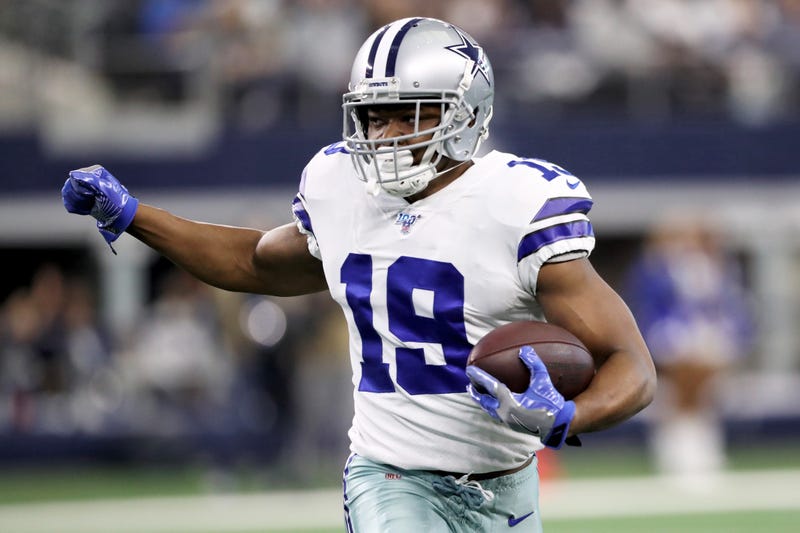 Cooper’s year-plus with Dallas went relatively smoothly after he was acquired from the Raiders in a midseason trade in 2018 in exchange for a first-round pick. The six-year pro and former No. 4 overall pick out of Alabama reestablished himself as a viable No. 1 receiver in his 25 games with the Cowboys, notwithstanding a second-half dip in 2019 when he was playing through injury. Now, he enters free agency as the clear-cut top wide receiver in his class.

Cooper’s solid numbers in 2019 would likely have been better were he healthy, but the Cowboys don’t seem much concerned about it. Vice president Stephen Jones said Cooper and quarterback Dak Prescott were “obvious ones” for the team to re-sign. He’s right. Cooper is productive, he didn’t come cheaply, and new coach Mike McCarthy will surely want to keep the Prescott-to-Cooper connection intact. All of which points to a big payday in Big D for Cooper. 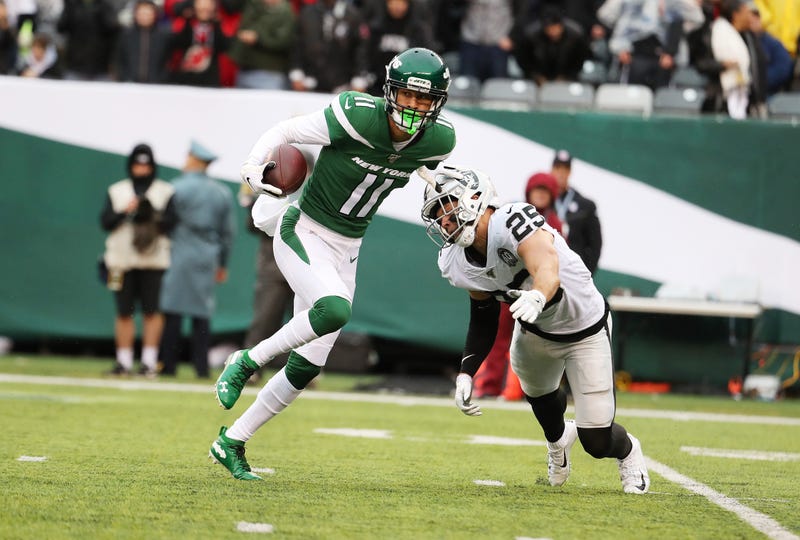 Anderson has tantalized with his talent for several years with the Jets, though it never translated into consistent top-tier production or even a 1,000-yard season. The instability at the top of the Jets organization couldn’t have helped – Gang Green has had three different offensive coordinators and at least as many starting quarterbacks since drafting Anderson in 2016.

The Raiders, meanwhile, need receiving depth heading into their first season in Las Vegas, with only Hunter Renfrow currently projected to return in 2020. Most crucially, The Athletic reports that the Raiders are interested in Anderson, owing to his relationship with Oakland offensive assistant John Morton, who was Jets offensive coordinator during Anderson’s most productive season as a pro in 2017.

The Jets reportedly listened to trade offers for Anderson—including from the Raiders--before the deadline, suggesting they are interested in keeping him. But after the Jets' last game, the 26-year-old said he is “excited” to test free agency and find out his market value. In a shallow crop of free-agent wide receivers, it’s certainly a sensible approach for Anderson.

But the Jets need help just about everywhere, so they may want to spread that money around. Our guess is the Raiders outbid the field and snag Anderson, but the Eagles and Panthers could be in play, too—Anderson played his college ball with Temple in Philadelphia, where his head coach was none other than Carolina’s Matt Rhule. 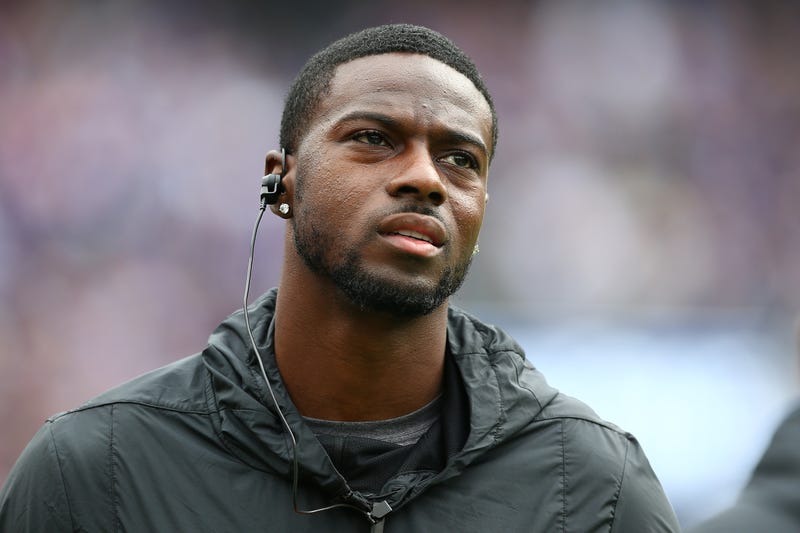 One of the top wide receivers of last decade, Green will look to author a new chapter in his career in 2020 and beyond. The three-time second-team All-Pro has fallen on harder times the last couple years, missing half of 2018 and all of last season with toe and ankle injuries.

That’s a lot of missed time, and will likely limit Green’s options in free agency. The guess here is that he accepts a one-year deal to reestablish his health before going for something longer-term in 2021.

Which teams are in position to take a flier on a 32-year-old former No. 1 wide receiver coming off two injury-marred seasons? There’d probably be many suitors on the right terms, especially among teams in win-now mode and needing help at the position. The Bills and Eagles fit that bill, as do the Cowboys, Packers, Vikings, and Saints. Buffalo, in particular, could especially benefit from the presence of a field-stretcher for cannon-armed QB Josh Allen. 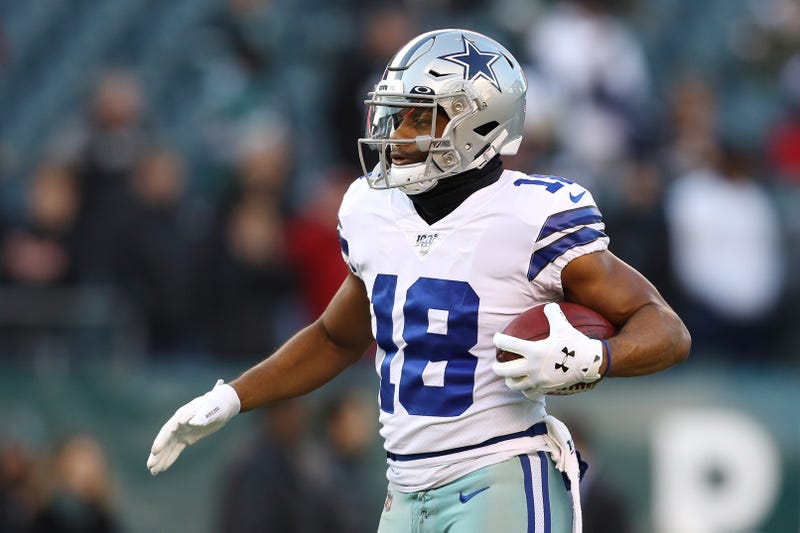 Speaking of reestablishing value, Randall Cobb did just that in 2019 with the Cowboys, his first season in Dallas after spending the first eight years of his career in Green Bay. Replacing Cole Beasley in the slot, Cobb hauled in 55 catches for 828 yards – his most since 2015 – for a career-high average of 15.1 yards per catch. Cobb seemed to have chemistry with QB Dak Prescott and was an ideal complement in the slot to Cooper split out wide.

The arrival of former Packers head coach Mike McCarthy in Dallas can only further fuel the good vibes for Cobb and the Cowboys receiving corps. Our money is on Cobb returning to Dallas on a two-year deal in the range of $15M, a relative bargain in light of the four-year, $29M deal Beasley signed with Buffalo last offseason. 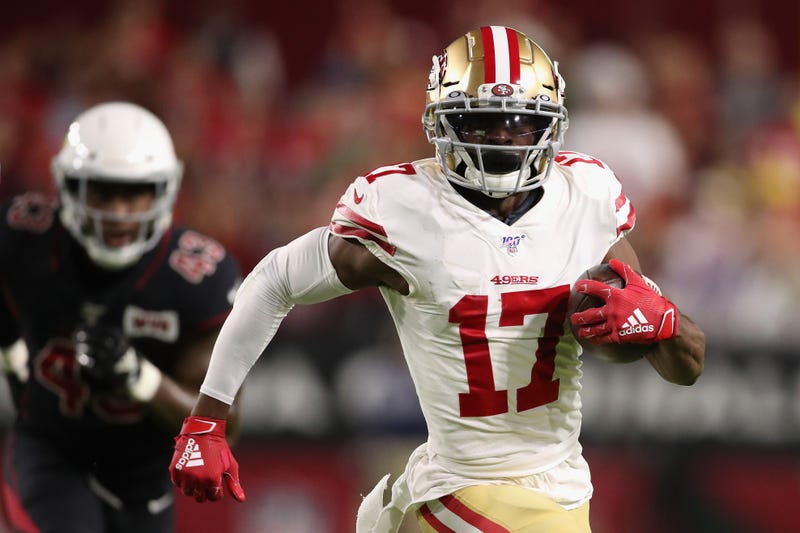 Aaron Rodgers had a down year by his standards in 2019, and yet he still managed to reach the NFC title game. Imagine what he might have done with an NFL-caliber receiving corps.

After No. 1 receiver Davante Adams, who put up his usual production, Rodgers’ top targets were running back Aaron Jones and tight end Jimmy Graham, followed by household names Marquez Valdes-Scantling, Geronimo Allison, and Allen Lazard. Each showed occasional flashes, but it’s hard to see how any of them can be counted on for major production in 2020.

Enter veteran slot receiver Sanders. He’ll be 33 next season, with his best days behind him, but Sanders might have more in the tank than it appears at first glance, and his Pro Football Focus rating of 78 supports it. After being limited to 12 games in both 2017 and ’18, Sanders rebounded to play a full slate with the Broncos and 49ers this season, hauling in 36 catches for 503 yards in 10 games with San Francisco en route to a playoff berth.

With his health intact and output near his career averages, Sanders could be useful as a complement to Adams and a security blanket for Rodgers.