Colin Kaepernick last played in an NFL game on Jan. 1, 2017, when his San Francisco 49ers finished out a disappointing 2-14 regular season in by losing 25-23 to the division-rival Seattle Seahawks.

For some time, it felt like that may ultimately be the final game of Kaepernick's NFL career. Heck, recently it felt like Kaepernick was unlikely to ever get back into the league. And he still may not. But a return to the NFL seems as possible for the 32-year-old as it has in some time.

More than a month after his representatives put out a press release that they called "facts to address the false narratives regarding Colin Kaepernick," the six-year NFL veteran confirmed reports that he will work out for teams in Atlanta on Saturday:

I’m just getting word from my representatives that the NFL league office reached out to them about a workout in Atlanta on Saturday. I’ve been in shape and ready for this for 3 years, can’t wait to see the head coaches and GMs on Saturday.

Per ESPN's Adam Schefter, Kaepernick will work out for interested teams and be interviewed.

The memo sent out by Kaepernick's representatives last month indicated that he hadn't worked out for a team since opting out of his deal with the 49ers at the conclusion of the 2016 season. It was also indicated in the press release that Kaepernick has "been working out five days a week, for three years, in preparation to play again." Presumably, his representatives wouldn't have put that out if it wasn't the case, but NFL teams will find out on Saturday.

If the workout goes well, what teams could potentially be interested in Kaepernick?

ESPN's Josina Anderson reported that the Dallas Cowboys "have interest" in sending a representative to the workout. Cooper Rush is the Cowboys current backup. Cowboys starting quarterback Dak Prescott is in the final year of his rookie contract, though it would take a rather shocking turn of events for him not to be back with the team in some form in 2020.

The Carolina Panthers could make some sense as a potential landing spot. Former NFL MVP Cam Newton is on injured reserve and faces an uncertain future with the team given that he would carry a $21.1 million cap hit in 2020. Kaepernick wouldn't usurp Kyle Allen, who has thrown 10 touchdowns to five interceptions in Newton's absence. But depending on how the Panthers feel about 2019 third-round pick Will Grier, he could become a backup for the rest of this season and serve as an insurance policy if the Panthers part ways with Newton this offseason. 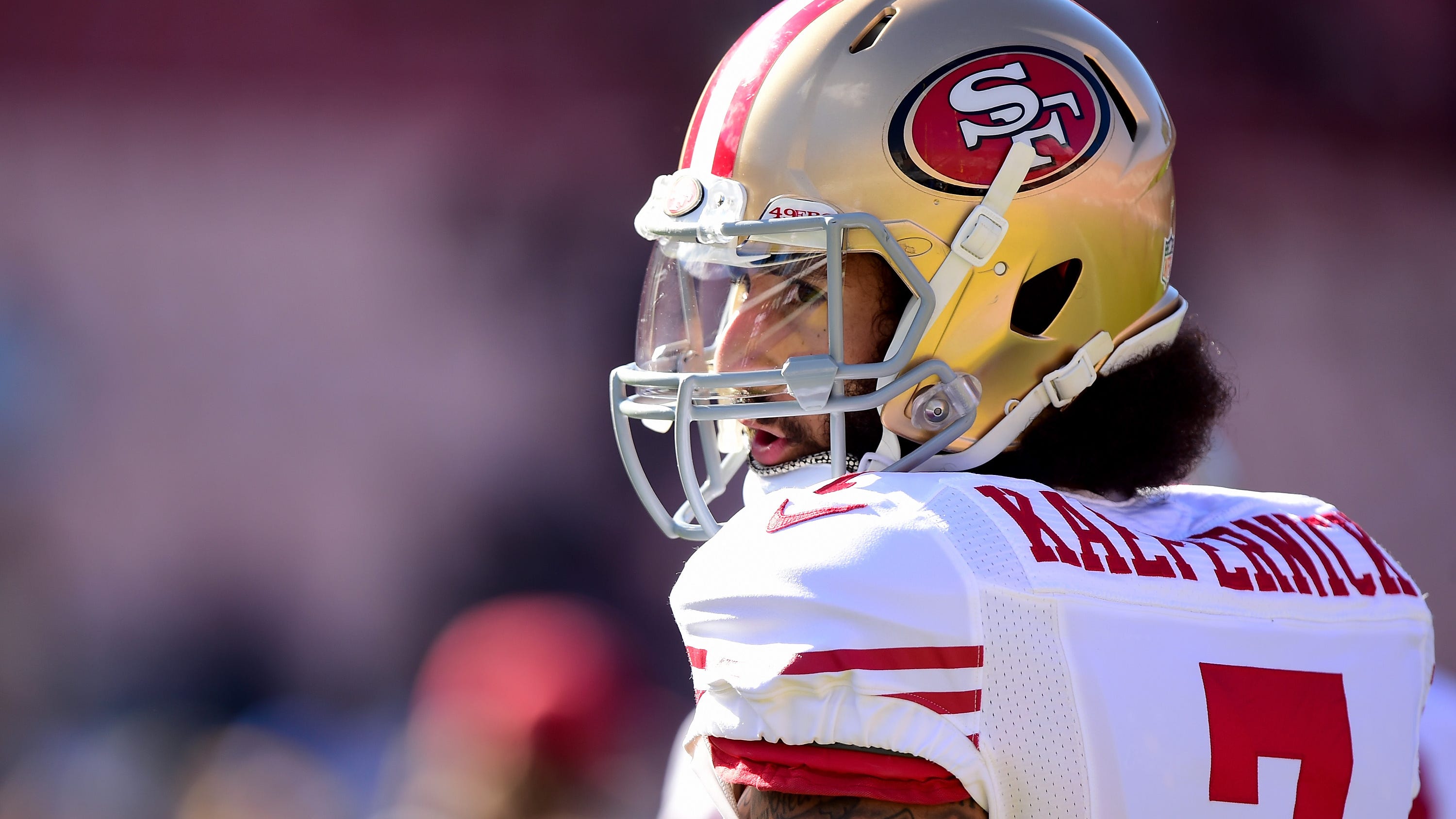 While Jacoby Brissett seems to have solidified himself as the Indianapolis Colts starting quarterback after the shocking retirement of Andrew Luck in August, he's missed the last game plus with an MCL sprain in his left knee. Veteran Brian Hoyer played well in relief of Brissett in an eventual 26-24 loss to the Pittsburgh Steelers in Week 9, but he was picked off three times in a loss to the lowly Miami Dolphins in Week 10. It doesn't seem to be a stretch to think that Kaepernick could be a better backup moving forward.

There's some speculation that the Los Angeles Chargers could move away from Philip Rivers at the conclusion of 2019. Rivers, despite a resume worthy of serious Hall of Fame consideration, is 37 and has been picked off 10 times in 2019. Whether the Chargers would consider starting Kaepernick in the future or not, they've struggled to generate any buzz in Los Angeles, and signing Kaepernick just as a backup would certainly garner some attention.

The unfortunate reality facing Kaepernick is that even if he's excellent in his workout, this Sunday is already Week 11 of the 2019 season. By the time he would be signing a deal, it would be Week 12. Whether this is right or not, most teams would prefer to have a veteran like Hoyer - who has been in their system for the full season - than signing Kaepernick at this late stage of the season and trying to get him acclimated. That doesn't mean a team won't sign Kaepernick if his workout goes well - it only takes one - but he'll likely have to contend with that thought process from a lot of teams.

That said, even if Kaepernick isn't signed before the conclusion of the 2019 season, if he performs well in the workout, that will be on film for teams to revisit this upcoming offseason. An unnamed NFC executive told Anderson that while the team doesn't have a reason not to attend Kaepernick's workout, they'll treat it more as "an information-gathering trip."

Kaepernick, who led the 49ers to an appearance in Super Bowl XLVII, began kneeling during the national anthem in 2016 to protest police brutality.