While the rest of the country gears up for Super Bowl LIV between the Kansas City Chiefs and San Francisco 49ers, the Tennessee Titans and Green Bay Packers are left in the shadows after falling just short of reaching the Big Game.

Now, those two teams must look back at what went right, what went wrong, and how they can take that extra step next season.

Last year, the Chiefs were the same position after falling to the New England Patriots in overtime of the AFC Championship Game, but made the necessary tweaks by adding some weapons through the draft as well as replacing some key players they lost.

It may not necessarily be that simple for the Titans or Packers, but as they now shift their focus to the offseason, this is what’s next for the championship losers.

Tennessee Titans: Figure Out the QB

Marcus Mariota and Ryan Tannehill are both scheduled to become free agents this offseason. It’s hard to see Mariota returning in any sort of capacity after losing his job to Tannehill during the regular season, but what the Titans do with Tannehill is a dilemma. 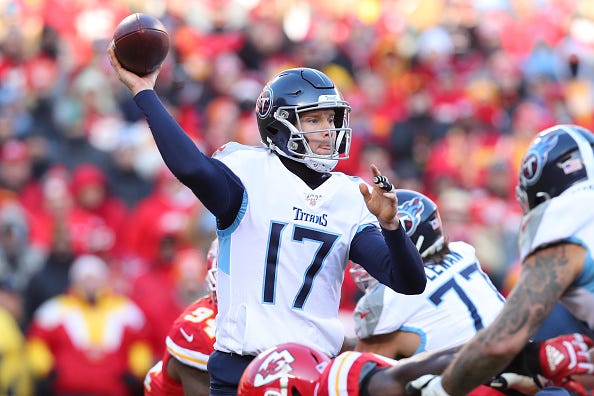 The former first-round draft pick of the Miami Dolphins had a career revival this year. He went 7-3 as a starter, completed 70.3 percent of his pass attempts and threw 22 touchdowns to six interceptions. But in the playoffs, Tannehill was reduced to a game manager as the offense ran through Derrick Henry, whom the Titans will most certainly re-sign to a big contract. So should the Titans also invest in Tannehill as their quarterback? Or should they look elsewhere? Looking via free agency or trades is probably the better route over drafting a quarterback if they are looking to get to the Super Bowl next year. Philip Rivers, Cam Newton, Jameis Winston and Teddy Bridgewater are just some of the veteran quarterbacks who could be available.

After missing the playoffs the last two years, Aaron Rodgers was finally healthy as the Packers rattled off 13 wins and made it to the NFC Championship Game behind first-year coach Matt LaFleur. The San Francisco 49ers were ultimately too much for the Packers, though, but they are in a good spot with a head coach and GM combo heading into their second season together. As Rodgers enters the later stage of his career, he has a formidable running game he can rely on, but he is also going to need more weapons outside Davante Adams in his receiving corps.

The Packers’ defense has the dynamic duo of Preston and Za’Darius Smith, but there are still holes that need to be filled, especially after Raheem Mostert torched Green Bay for 220 yards. Perhaps bolstering the defensive line will also be among their needs this offseason.