The new leaders of the Atlanta Falcons are facing a potentially monumental decision early in their tenure.

General manager Terry Fontenot and head coach Arthur Smith, both relative newcomers to the organization following their recent hires, will at some point have to make a decision on the fate of franchise quarterback Matt Ryan.

The 35-year-old is potentially under contract for three more seasons under the terms of a massive five-year extension he signed in May 2018, but consecutive losing years and a front-office overhaul have conspired to spark speculation about a potential teardown.

Ryan's contract has long been considered among the league's most untradeable -- but that narrative has been overstated, NFL insider Adam Caplan recently said on 92.9 The Game in Atlanta.

Ryan is actually slightly underpaid relative to his production, Caplan argued, so an acquiring team would not likely shy away because of his deal.

However, the biggest question is whether the Falcons would be willing to absorb a fairly substantial dead-cap hit, Caplan said. 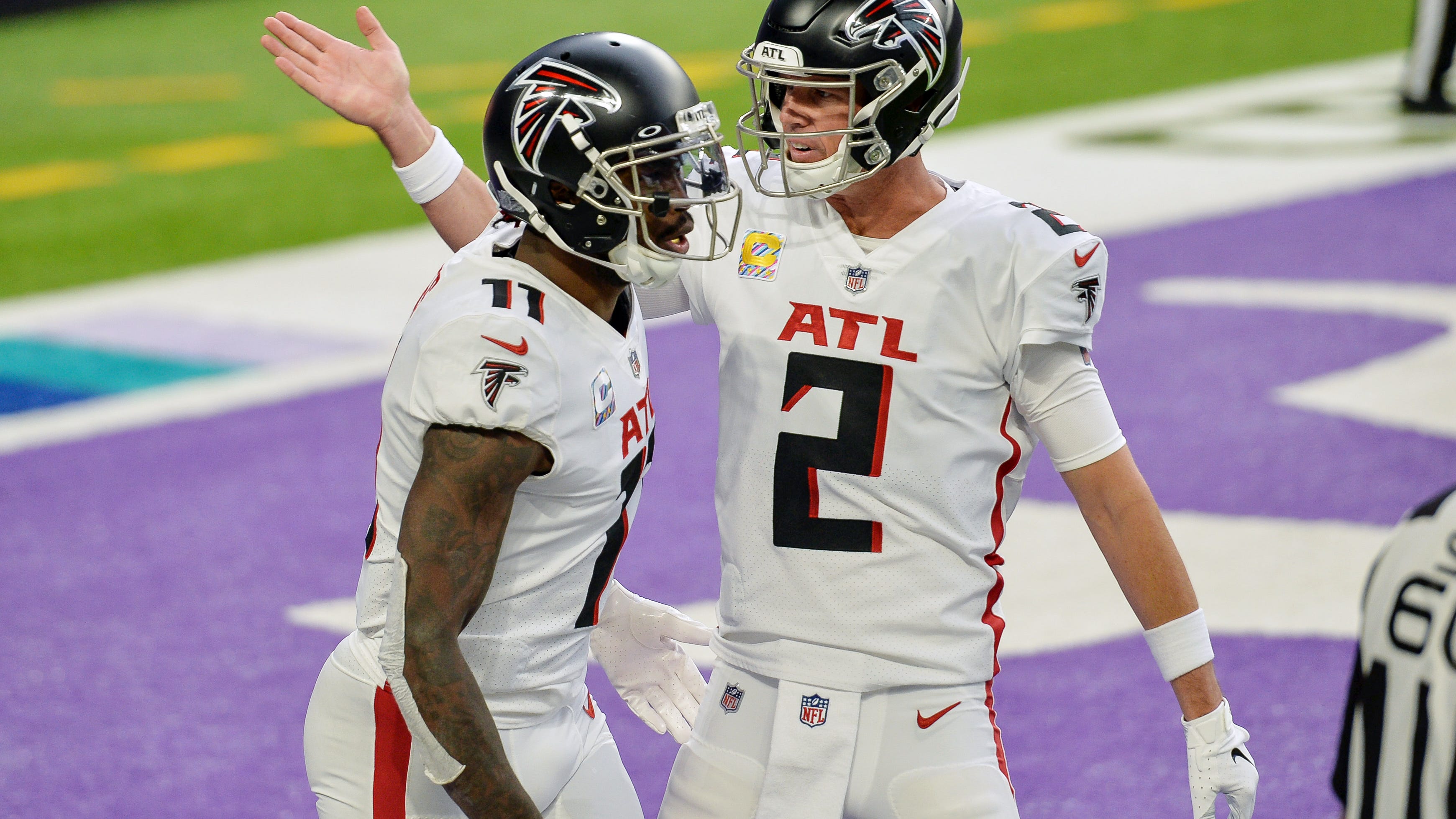 Meanwhile the new regime, understandably, has yet to reveal its plans for Ryan or the rest of the team.

That is to be expected considering both Fontenot and Smith are likely still learning where the men's room is at the Falcons' complex.

But the options in front of them are coming into focus as the playoffs wind down, and the offseason draws closer.

For what it's worth, Smith's early remarks about the state of the roster suggest he is planning on having Ryan on board in 2021.

"There's so much to dive in on," Smith said this week on The Peter King Podcast. "Terry Fontenot and I will sit down. Obviously when he fills out his staff and I fill out my staff, it's going to be a collaborative effort. We have to dive in there.

"Here's the thing, I wouldn't count against Matt Ryan. History has shown what Matt Ryan has done in his career. I'm looking forward to working with Matt, and I've got so much respect for him."

Asked to put a number on how long Ryan might play, Smith declined to speculate.

"It would be hard for me to put a number on it right now," he said. "I haven't gone through one meeting or practice with him. But I am fired up to work with him. I know what he's about. I've studied him, and studied his history."

If the Falcons decide it's time to move on from Ryan, they'll have a relatively strong pool of potential replacement options. The team has the fourth overall pick in this year's draft, which, in a class with several intriguing QB prospects, could prove to be a valuable asset in any effort to find a successor.

Fontenot, for his part, has discussed the Falcons' draft plan in passing, saying the organization would look to take the best overall player, regardless of position.

Clemson superstar Trevor Lawrence is all but assured of being long gone by the time the Falcons are on the clock, but a couple others could very well be in play -- and trading up is always a possibility as well.

Here's more on those players, as well as some others who could be under center for the Atlanta Falcons in 2021. 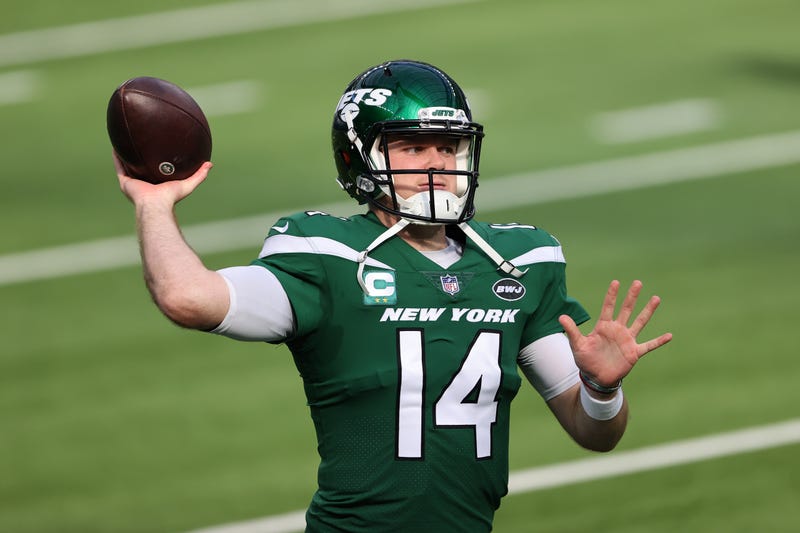 If the Falcons decide to unload Ryan, it's probably safe to assume it will be part of a rebuild, meaning they'd be unlikely to bring in a high-priced veteran to replace him, even a younger one.

After all, why would they seek out a player who is similar to Ryan in terms of ability and salary when they already have that on the roster? Besides, rebuilding teams don't usual rebuild around veteran stars.

That probably means they would be out on rumored trade candidates such as Deshaun Watson, Matthew Stafford, Carson Wentz and Jimmy Garoppolo.

Further down the list, though, they could feasibly try their hand at a reclamation project such as Sam Darnold, who could probably be acquired at a reasonable price, or even possibly Tua Tagovailoa -- if in fact the Dolphins decide to move on, as some reports have speculated they might in the wake of Tua's relatively disappointing rookie season. 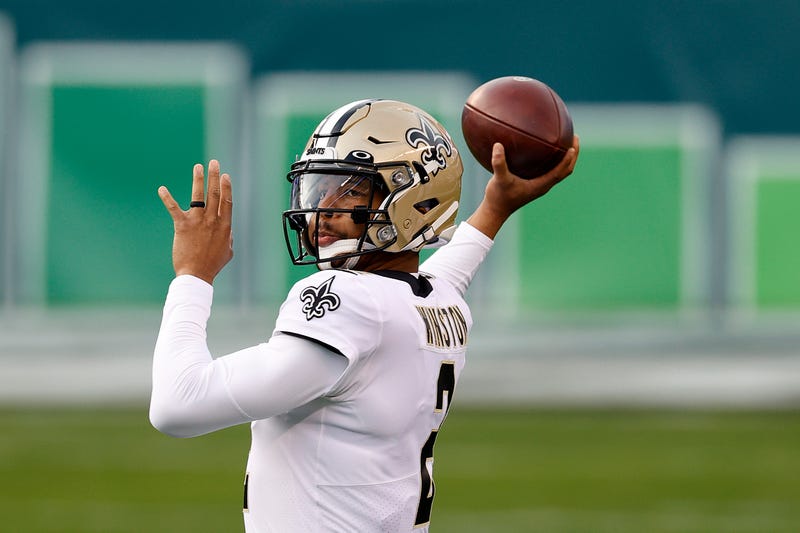 In all likelihood, though, the Falcons will be seeking a young new franchise quarterback if they decide to close the books on the Ryan era.

Their best bet in that regard is probably the draft, but there could be a couple options in free agency as well.

Dak Prescott, Jameis Winston and Cam Newton all qualify for the latter this offseason. Prescott, of course, is coming off a serious injury, and is assumed to be a top priority for the Dallas Cowboys. But the sides were unable to reach an extension through prolonged negotiations, suggesting perhaps some kind of disconnect. Can an enterprising team swoop in and lure Prescott away from Big D? Maybe, but even if so, Prescott would presumably prefer to play for a win-now team, rather than one in a rebuild scenario.

Winston, meanwhile, becomes an intriguing name given Fontenot's previous job -- as director of pro scouting for the New Orleans Saints. Fontenot rose the ranks during nearly two decades in the Saints organization, and surely is quite familiar with Winston, who saw limited action last season as a reserve in New Orleans. Fontenot presumably had a hand in bringing Winston to the Saints.

Finally there's Newton, who showed flashes with the Patriots last season, but appeared to struggle after a bout with coronavirus and a series of nagging injuries.

Other placeholder types could include journeymen Jacoby Brissett and Tyrod Taylor, and Bears bust Mitchell Trubisky. 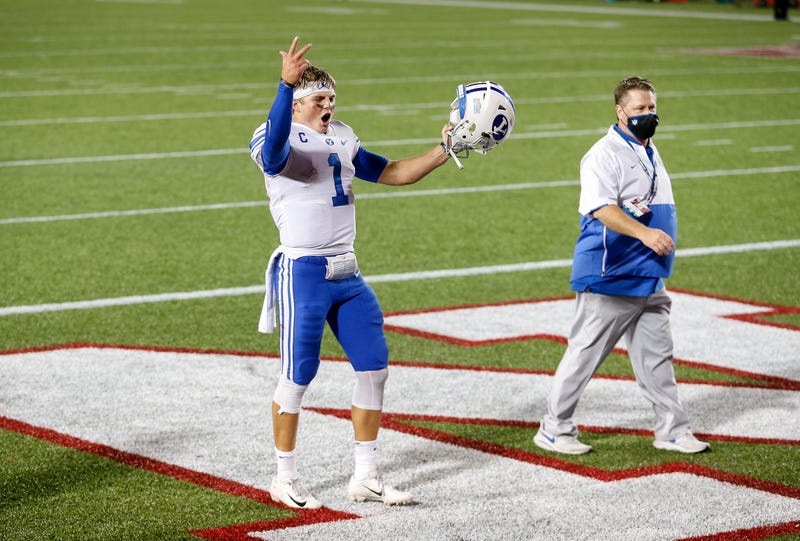 All this leads to what is likeliest the strongest avenue for replacing Ryan -- the draft.

At present three of the top four prospects on many draft boards are quarterbacks, including Lawrence, Justin Fields of Ohio State, and BYU's Zach Wilson.

There's some discrepancy as to where North Dakota State product Trey Lance fits in that equation, with some mocks having him in the top 10, others in the teens, and others still in the late first round. Some even rank Alabama's Mac Jones ahead of Lance.

Still, the fourth pick gives the Falcons a pretty good chance of landing either Fields or Wilson. A trade up by just one spot would assure them of one of those players, while it's unclear whether the Jets and Dolphins will spend the second or third picks on quarterbacks. Both teams have in-house options in Darnold and Tua.

music
TJ Osborne shares part of his coming out process was realizing ‘there are guys out there like me’
news
Dunkin’ releases new iced coffee-flavored jelly beans in time for Easter
music
girl in red’s ‘Serotonin’ is a beautifully bold introduction to the artist’s unapologetic candor
news
Man arrested at Disney Springs after avoiding temperature check and refusing to leave
music
Carly Pearce finds comfort and sisterhood with fans with the release of '29'
music
2021 Critics Choice Awards: Full winners list