On the stage of being watched in each family's living room in America, NFL players can become heroes or goats (not greatest of all-time) on Thanksgiving day. Some players manage to play enough times on Thanksgiving to have highs and lows.

Tony Romo, for example, tossed five touchdowns in his first Thanksgiving game in 2006, as the Dallas Cowboys defeated the Tampa Bay Buccaneers 38-10. Eight years later, Romo was picked off twice as the division-rival Philadelphia Eagles embarrassed the Cowboys at home, 33-10. A year later, Romo had probably the least enjoyable Thanksgiving of his life - football or otherwise - as he suffered a season-ending collarbone fracture in a 33-14 loss to the eventual NFC Champion Carolina Panthers.

These days, Romo settles for calling one of the three Thanksgiving games as part of CBS' coverage. Here's a look at what game Romo will be calling, and the full Thanksgiving NFL schedule for 2019. (All times are Eastern.) 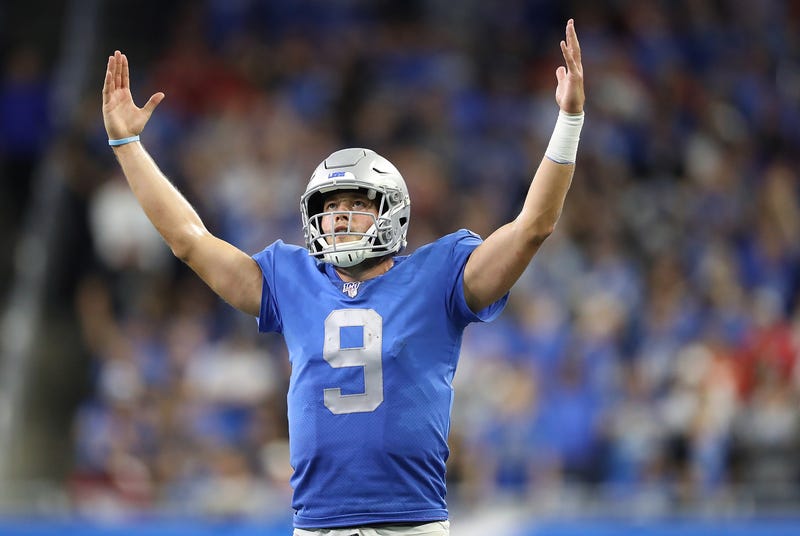 Matthew Stafford and the Lions will play in the first game on Thanksgiving day. Photo credit (Leon Halip/Getty Images)

Radio: 670 The Score (Pre and postgame coverage available on stream in all markets, game only available on radio.)

3. For a four-year stretch in the 1940s, the NFL didn't have any games on Thanksgiving day. That stretch, which concluded in 1944, was the last time that the Lions didn't play on Thanksgiving. 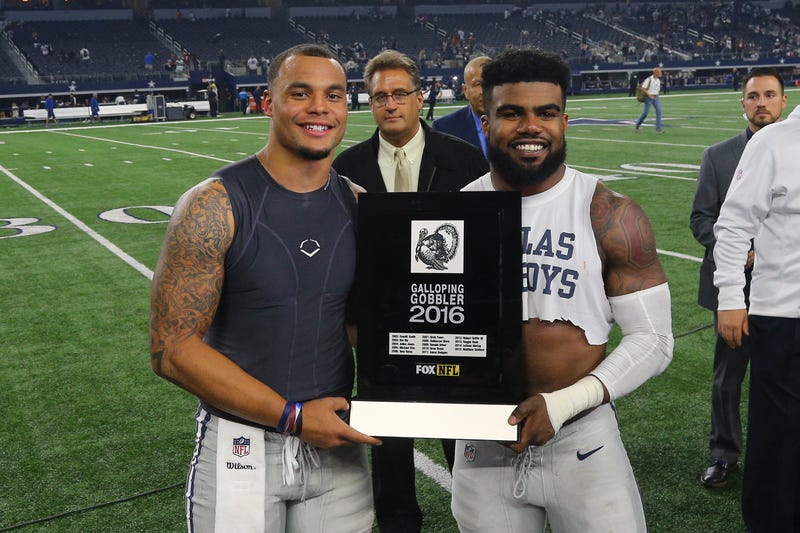 Radio: WGR 550, 105.3 The Fan (Pre and postgame coverage available on stream in all markets, game only available on radio.)

2. The Cowboys are 4-5 in games played on Thanksgiving Day during the Jason Garrett era. 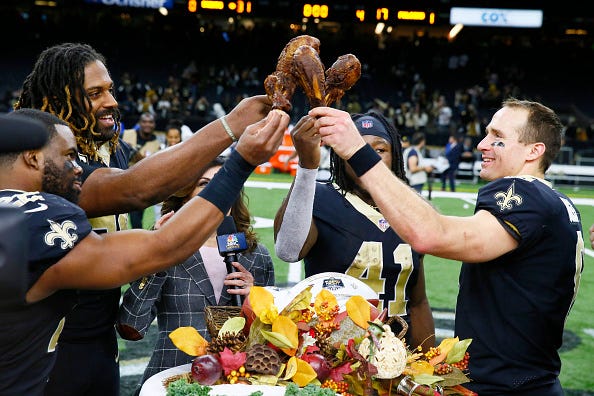 Radio: 92.9 The Game, WWL (Pre and postgame coverage available on stream in all markets, game only available on radio.)

1. This is the second consecutive season that the Saints and Falcons will meet on Thanksgiving in the late window. A year ago, the Saints defeated the Falcons 31-17 in New Orleans.

2. The Saints are 2-0 in franchise history on Thanksgiving, with their other win coming in 2010, when they defeated the Cowboys 30-27 in Dallas.

3. On Nov. 24, 2005, Michael Vick threw two touchdowns and ran for 57 yards in a 27-7 Thanksgiving day Atlanta Falcons win over the Detroit Lions. His backup that day was Matt Schaub.