There’s a lot to unpack after the NFL universe was blown apart yesterday by the news that Tom Brady was reportedly heading out of New England and into Tampa Bay on a multi-year deal.

Also at the forefront were two other signings, as Philip Rivers is now under center in Indianapolis and Teddy Bridgewater is heading to Carolina.

Let’s break down who came out of all the action on top, which parties are probably unhappy after everything is said and done and, finally, the situations that we are still unsure about evaluating. 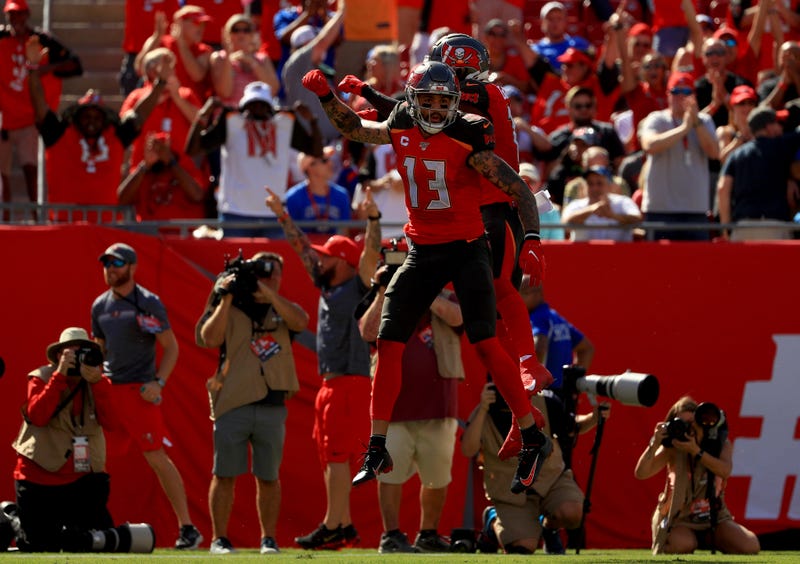 Sure, it’s not cheap to bring in Brady. But the profits that a team like Tampa Bay will reap from having the legendary signal caller on their roster are well worth his salary.

The on-field payoff will be massive. Sure, there’s a stat floating around that shows that Brady and Jameis Winston’s quarterback ratings were very similar, at 88.0 and 84.3, respectively, and that Brady may not possess the same ability to fire the deep ball with the same frequency that Bruce Arians counted on Winston for.

Still, he’s a better quarterback and there really is no debate. The turnover trouble that frequently put Tampa Bay’s defense in difficult situations will all but disappear. In terms of decision making, there really is no one better and more polished than Brady. And he can still sling the ball, too, as this Twitter thread shows.

But he also brings his presence, persona and legacy to Tampa Bay, a team that has never really possessed that big market star power. Derrick Brooks fits the bill as a true NFL legend who played exclusively for the Bucs, but he doesn’t even come close to carrying the same name recognition as someone like Brady.

The rest of the team, especially the terrifying tandem of receivers in Mike Evans and Chris Godwin, will also be able to work with one of the game’s greatest in a situation that would make any player feel special.

Though we still don’t know the exact details of Brady’s eventual deal with the Buccaneers, it looks to be a deal that will net him much more per year than he’s ever earned before.

To be clear: Former #Patriots QB Tom Brady has an agreement in principle to join the #Bucs, source said. It is believed to be roughly $30M per year.

On a total cash basis, Brady made over $20 million in a season just once in his career -- last season with the Patriots, in which he made $23 million -- but will now add a significant heap at age 42. Athletes are usually the exception to the rule of getting paid more the older they get, but the Buccaneers didn’t follow that logic when signing the biggest name to ever step foot in Raymond James Stadium.

Though the decision was undoubtedly very difficult for the future Hall of Famer, a $30 million annual offer probably lessened the pain of leaving New England. According to Ryan Hannable of WEEI in Boston, Brady received only two offers as a speculative free agent -- from the Bucs and the Chargers -- so maybe he should even feel fortunate to have received such a lucrative deal.

Though Rivers didn’t sign a multi-year contract like Brady, he likely wasn’t on the market for that sort of extended deal at that price like Brady was despite being a few years younger. That said, he’s still getting a large chunk of change in the $25 million that was reportedly offered to him by the Colts.

He hadn’t been winning in Los Angeles, but several times had to deal with a lackluster defense, a subpar offensive line or a less-than-stellar and/or injury prone receiving corps. Of course, several excuses can be made and it may just be that he’s not a quarterback cut out to lead a mediocre team to great results.

But he’s not joining a mediocre team in Indianapolis, as they have a stellar offensive line, a star wideout in T.Y. Hilton, a good running game and a defense that is adding on pieces that make them look like a win-now contender. The Rivers signing is the same thing. One-year and $25 million in return for results, now, seems fair.

The Colts got their guy. It’s been rumored for a while that this deal was in the making, and considering Rivers was the target that they were looking at for weeks if not months, it seems right to call them a winner in this situation. Moving on from Jacoby Brissett looks to be a good idea given the acquisition of a serious defensive piece like DeForest Buckner and the extension of Anthony Castonzo, and getting the guy who they think can lead them to a championship season in the short term was definitely the mindset.

Whether or not Rivers is that guy remains to be seen, and the Colts could still decide to make a move in the draft for one of this year’s promising quarterback prospects. For now, it’s definitely worth the one-year experiment in a division that is open for the taking.

No more Tom Brady in the division? That seems to be a win. The Bills look to be the biggest beneficiaries of this move, as adding Stefon Diggs boosted their own team, while Brady’s removal weakened the primary competition.

Still, the Jets are making moves and shouldn’t be discounted while Sam Darnold continues to improve, while the Dolphins added some key defensive components to the roster and could be looking at Tua Tagovailoa behind center next year if all goes in their favor.

Regardless of who’s speculatively on top, it must feel like a breath of fresh air seeing the Patriots tumble down the power rankings.

Lost in the news of Tom Brady and Philip Rivers making moves was the signing of Teddy Bridgewater in Carolina. Bridgewater got great money -- $63 million over three years, per ESPN -- for a player that has never really proven he can lead a team as the starter throughout a full season.

He was promising for a number of games in Drew Brees’ absence last year, though, earning five consecutive wins, some of which came in games against competitive teams like the Seahawks and Cowboys. He’s probably making more than he’s shown that he deserves, but he has a real chance to prove (or disprove, rather) that notion in Carolina with the explosive Christian McCaffrey and a young, talented receiving corps.

This guy just keeps coming back. And now, his chances of joining a team -- should the league allow him to do so -- just got a lot higher, given that Tom Brady is his biggest public supporter on social media. The two have been linked time and time again throughout all of the drama, even connecting for a touchdown in Brown’s one-game Patriots stint.

Apparently, Terrell Owens doesn’t buy the fact that AB could be looking at a reunion with Tom Brady given his move to Tampa Bay. But still, even the possibility needs to be considered a win for the troubled receiver. 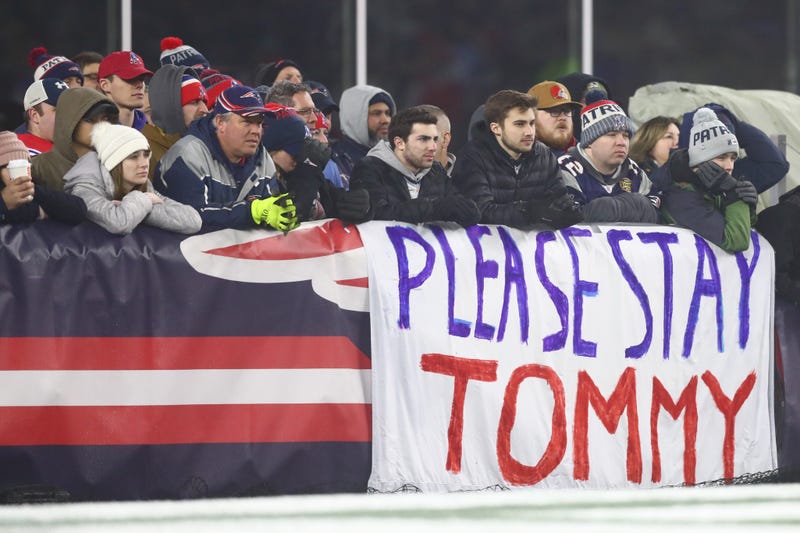 I don’t think there are many happy Patriots fans out there right now. I haven’t polled them all, but if I were to hazard a guess, I’d assume they’re pretty frustrated seeing as Brady is a surefire Hall of Famer and perhaps the greatest quarterback in history.

Perhaps it’s best to let a Patriots fan summarize his feelings toward the move.

If an Instagram comment is any indication -- which it is -- then the 2015 NFL MVP isn’t very happy with how things proceeded in Carolina. Here’s how he responded to a picture the team’s official account posted saying they’ve “given Cam Newton permission to seek a trade”:

If you don’t want to read through all the odd symbols and the difficult text, he’s pretty much saying that he was forced into a trade. The truth isn’t known, but in any case, Newton’s outlook doesn’t seem to be so bright right now. 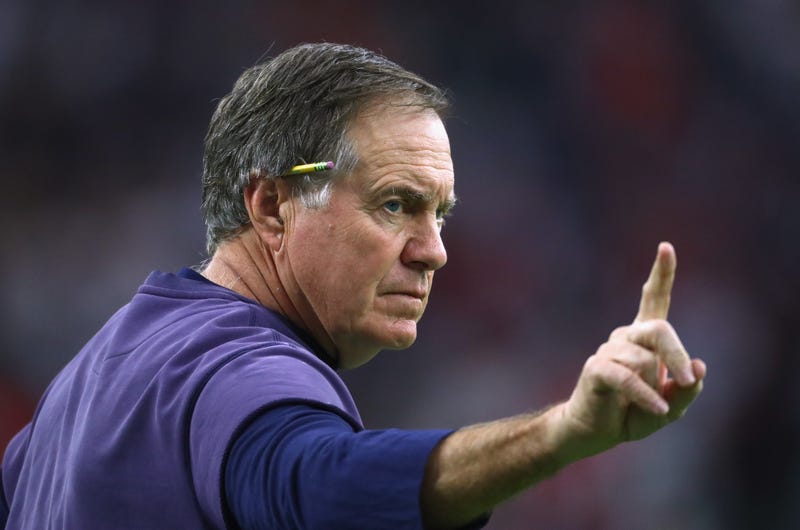 The question for weeks had been whether or not the Patriots would be able to retain Tom Brady. But now that that issue is cleared up, it becomes even more unclear as a whole in Foxboro. Who is going to take Brady’s spot? Is the team tanking? Will they find their next quarterback in this year’s draft, or maybe even deploy a tanking strategy in an attempt to draft Trevor Lawrence next year?

Little is known about what direction this franchise is heading in.

This could be a tremendous opportunity for Belichick, or it could be a bad one. Allowing Brady to walk means that Belichick has a chance to prove he is capable of winning no matter who is under center, and if the Patriots find success this year with a guy like Jarrett Stidham or Andy Dalton under center, it pretty much affirms that Belichick is an NFL mastermind tiers and tiers and tiers higher than everyone else (if that hasn’t already been established).

But if the team falters and loses its direction, letting Brady go could be considered a massive mistake and show that even the Bill Belichick is vulnerable without a great quarterback leading the charge. This will be a very intriguing season for the future Hall of Fame coach.

The Panthers may have botched their handling of Cam Newton’s situation, but they also signed a potential franchise quarterback in Teddy Bridgewater. With a new coach and offensive coordinator in town, it can’t be seen as a make-or-break year for the team as a whole, but there’s a lot riding on their decision to move to Bridgewater. If he proves to be more like a fill-in quarterback than a starter, the Panthers may have committed a lot of money to a mistake.