If you're looking to become one of the wealthiest athletes in the world, hockey probably isn't the best sport to specialize in. While the NFL, MLB and NBA all have at least five current or former players worth $100 million or more, only two former NHL players have a net worth of more than $100 million.

Still, none of the players on this list will be struggling to put food on the table any time soon. Courtesy of Celebrity Net Worth, here are the 13 wealthiest current or former NHL players: 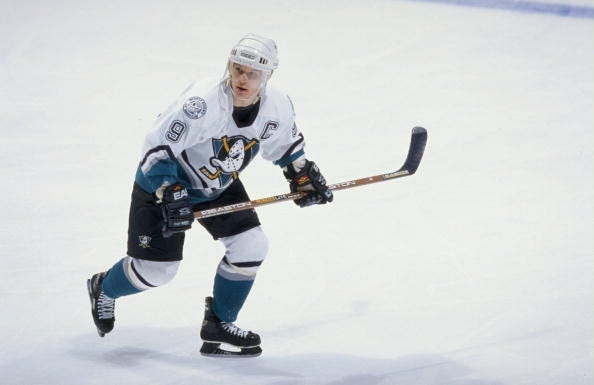 Kariya, the former captain of the artists formerly known as the Mighty Ducks of Anaheim, made the majority of his fortune with contracts during his Hall of Fame career, which spanned 15 seasons and saw him earn over $82 million. Nine of those seasons were spent in Anaheim, but Kariya also received lucrative contracts from the Colorado Avalanche, Nashville Predators and St. Louis Blues. Now 45, Kariya's future earning potential probably isn't especially high, but the five-time All-Star has a pretty impressive estate to live off of. 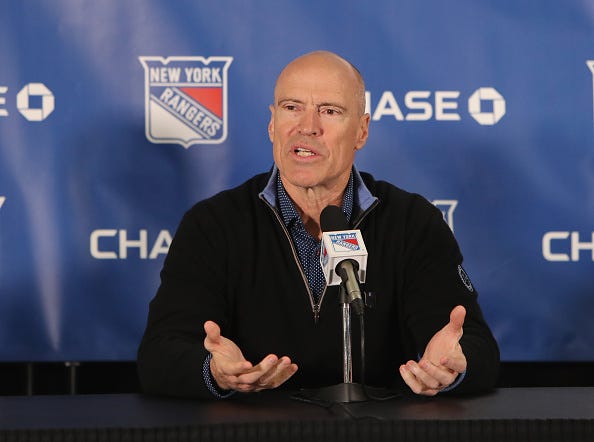 During his illustrious career, Messier led the Edmonton Oilers to five Stanley Cup titles, and helped the New York Rangers to win their most recent title in 1993-94. The 1983-84 Conn Smythe Trophy winner also had an endorsement from Lay's chips during his career and is the owner of Runaway Hill Club in the Bahamas, which creates continued earning potential. 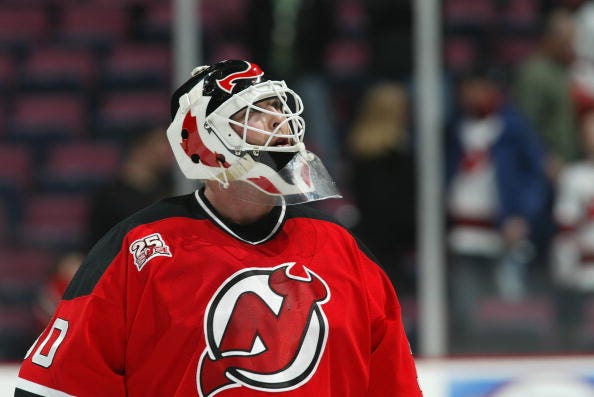 Martin Brodeur is one of the greatest goaltenders in NHL history. Photo credit (Len Redkoles/Getty Images)

Brodeur, one of the greatest goaltenders in NHL history, spent 21 of his 22 Hall of Fame seasons with the New Jersey Devils, helping the franchise to win three Stanley Cup titles. During his career, Brodeur signed two separate long-term contracts with the Devils worth at least $30 million total. Brodeur has multiple streams of income to this day; royalties from his 2006 autobiography; royalties from his appearance on the cover of EA Sports' NHL 14 and his salary for his continued service as the executive vice president/hockey operations advisor for the Devils. 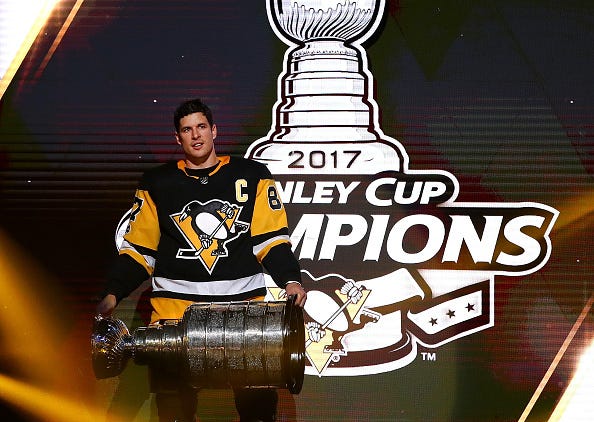 No longer a kid, Crosby, 32, has amassed quite a bit of wealth during his 15-year career, which began in 2005-2006. The former No. 1 overall pick has led the Pittsburgh Penguins to three Stanley Cup titles and is a two-time Hart Trophy recipient. Spotrac says that Crosby has made over $119 million so far in his playing career, and the 12-year/$104.4 million deal that he inked in June of 2012 runs through the 2024-25 season. Crosby has also has had an endorsement deal with the Addidas company since 2010, among a host of other companies paying him to endorse their products. 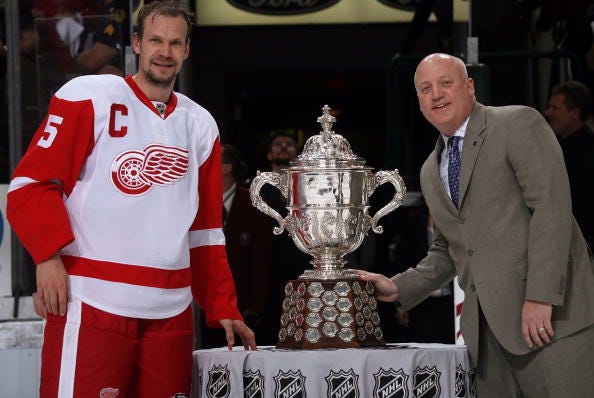 Lidstrom spent his entire 20-year career with the Detroit Red Wings, helping the team to win four Stanley Cup titles and winning the 2001-02 Conn Smythe Trophy. The 2015 Hockey Hall of Fame inductee made over $100 million during his career, according to Hockey Zone Plus. 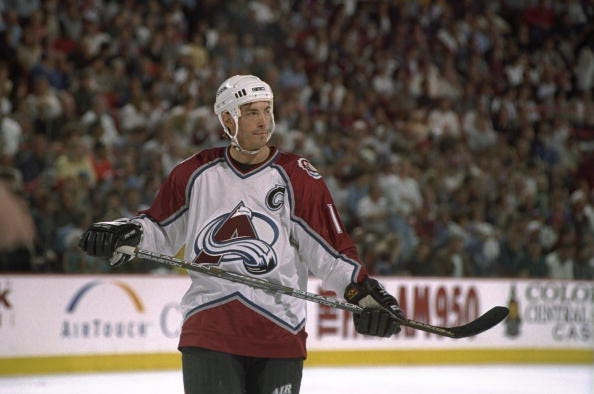 Sakic spent all 20 seasons of his Hall of Fame career with one franchise, playing his first seven seasons with the Quebec Nordiques and then staying with the team for the next 13 years after they relocated to Colorado and became the Avalanche. Sakic won the Conn Smythe Trophy in 1995-96, as he guided the Avalanche to a Stanley Cup title in their first season away from Quebec. Now 50, Sakic if the general manager and executive vice president of the Avalanche. 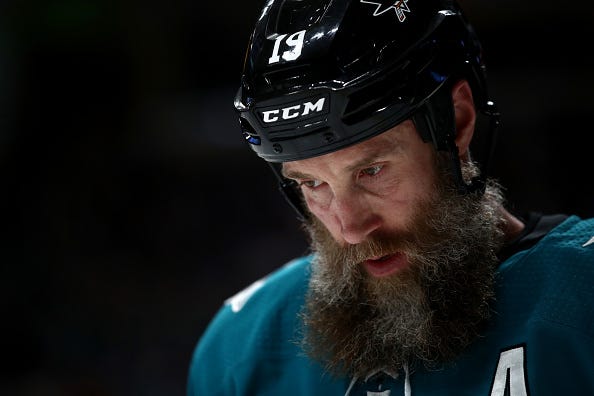 Joe Thornton has spent the bulk of his career playing for the San Jose Sharks. Photo credit (Ezra Shaw/Getty Images)

Though he spent the first seven-and-a-half seasons of his career with the Boston Bruins, a bulk of Thorton's tremendous longevity has come with the San Jose Sharks, who acquired him in November of 2005. A four-time All-Star, Thorton, 40, can become a free agent after the 2019-20 season. He's already made nearly $110 million in his career, which has spanned parts of 22 seasons. 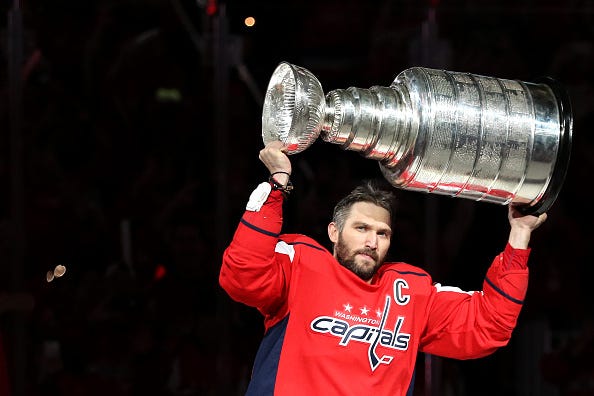 Alexander Ovechkin is one of the greatest players of his era. Photo credit (Patrick Smith/Getty Images)

A 12-time All-Star, Ovechkin projects to continue climbing up this list as his career goes on. Since being selected with the No. 1 overall pick in the 2004 NHL Draft, Ovechkin has made over $113 million just from contracts with the Washington Capitals. The 34-year-old's 13-year/$124 million deal runs through the 2020-21 season. Additionally, Ovechkin appeared on the cover of EA Sports' NHL '07 and FORBES reminds us that he has endorsed Nike, Coke, Bauer, Upper Deck and Fanatics. 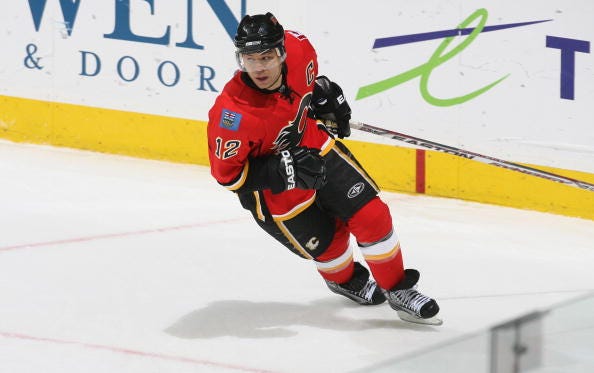 Iginla spent 16 of his 20 NHL seasons with the Calgary Flames, earning $90 million during a career that saw him rack up 1,095 points. Iginla was the cover athlete for EA Sports NHL 2003 and endorsed Scotibank and Samsung Canada during his career. Iginla also owns a stake in the Kamloops Blazers of the Western Hockey League. 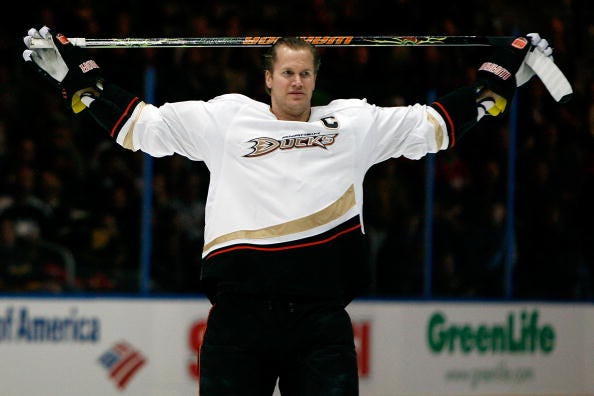 One the greatest defenders in NHL history, Pronger helped the Anaheim Ducks win their first ever Stanley Cup title in 2006-07. He also had successful stints with the Hartford Whalers, St. Louis Blues and Philadelphia Flyers. Pronger was on the cover of EA Sports NHL 2000 and earned over $108 million during his 18-season career. Concussions prematurely ended Pronger's career, but he's found a successful post-career gig as the senior adviser of hockey operations for the Florida Panthers. 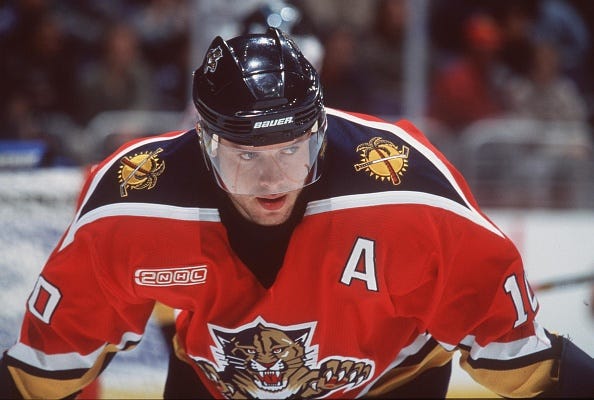 Bure made a respectable $66 million during his playing career, and evidently has done a pretty remarkable job at managing that money. In addition to the money he earned during his 12 seasons in the NHL, "the Russian Rocket" has made quite a bit of money in court rulings that went in his favor. 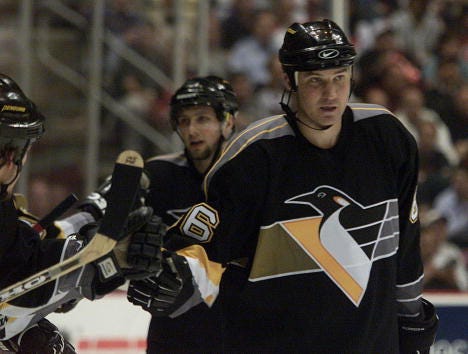 Mario Lemieux is one of the most accomplished players in NHL history. Photo credit (Jamie Squire/ALLSPORT/Getty Images)

Not only did Lemieux spend all 17 of his NHL seasons with the Pittsburgh Penguins, but he was part of the group that purchased the franchise in 1999 and ultimately helped them to avoid relocation. It's estimated that he made $52 million as a player, but his stake in the team he played for has helped him to add nearly $100 million in net worth to what he made as a player. 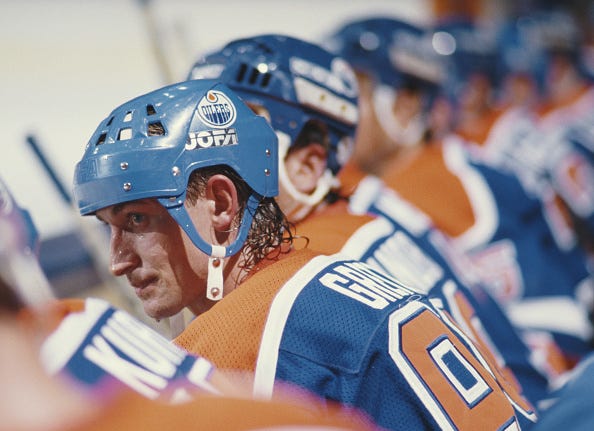 "The Great One" made made $46 million as a player, but has earned the majority of his wealth in other ways. FORBES notes that he's had endorsement deals with Samsung, Fairfax Capital, Upper Deck and TD, among other companies. Gretzky also owns multiple restaurants, a winery and previously had a stake in the Arizona Coyotes. He's the author of multiple books as well, and when you put his name on the front of a book, you can imagine it's going to sell well. He's in another league from pretty much anyone on this list in terms of how dominant his brand remains over 20 years after he last played in the NHL.