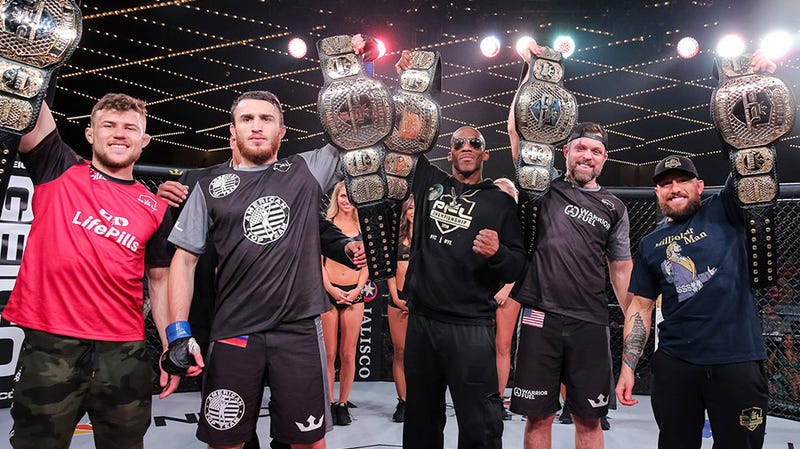 Professionals Fighters League (PFL), which started as a spinoff MMA organization for former UFC veterans and unknown prospects, will be able to showcase their talented fighters and unique seasonal format to a bigger audience after inking a new two-year deal with ESPN.

The first season of the PFL, which was broadcast on NBC Sports Network, was a massive success. The season was broken down into a regular season, playoffs and finale, and while there were many fantastic performances inside of the cage, PFL’s allure centered around the $1 million payout for each of the six divisions' champions.

As the PFL finale approached, some skeptical MMA pundits grilled PFL executives about whether they were going to “literally” pay $1 million to each of the six champions. In an era when top contenders are often disgruntled with their contracts, the PFL was offering sizable sums of money to fighters only hardcore fans had heard of. Excluding pay-per-view percentages and bonuses, only fighters such as Ronda Rousey, Brock Lesnar, Conor McGregor and Jon Jones have crossed the $1 million threshold for a fight purse.

Former UFC fighters such as 35-year-old Sean O’Connell and 34-year-old Vinny Magalhaes, who fought for the PFL light heavyweight championship on New Year’s Eve, are on the home stretch of their careers. But 2018 was a life-changing year for the veterans as O’Connell won the $1 million as champion and Magalhaes earned a not-too-shabby $200,000 for finishing as the runner-up.

O’Connell joined the "Outside The Cage" podcast leading up to his championship fight. “It’s a belt, which is fantastic for your legacy in the sport and all that stuff, but it's a million dollars," said O’Connell, who’ll be part of the PFL season 2 broadcast team. “That’s life changing money no matter where you live, and makes the last 11 years I’ve put into this sport worth the effort and all the damage and all that stuff.”

PFL’s second season on ESPN will mirror the first season’s schedule with more rest time in between fights. Season 2 starts May 9, in their usual weekday spot on Thursday nights. The playoffs start Oct. 11 and the finale again will be on New Year's Eve.

And PFL CEO Peter Murray confirmed to ESPN that each champion will once again win a belt and $1 million.

The first season of the Professionals Fighters League gave us phenomenal performances from fighters chasing that $1 million prize. There’s no doubt that with the success of the first season and with the new broadcast deal in place, more well-known names in MMA will find their way into a PFL cage come May. This is a win for talented fighters who aren’t looking to make headlines for post-fight brawls and viral tweets.