Like most of you, I’ve spent my quarantine navigating the Netflix high seas. Rather than binge The Office or Parks and Rec for the millionth time this past weekend, I thought I’d give the viral sensation Tiger King a try. True crime isn’t my preferred Netflix genre (sitcoms and standup specials are more my speed) but already I can’t get enough of Tiger King, a riveting look into the certifiably bonkers mind of zookeeper/arch-criminal Joe Exotic (I think future Cincinnati Bengal Joe Burrow just found his new nickname) and the anarchy that took place at his tiger farm in Oklahoma.

With homebound Americans hooked on the bizarre stylings of Joe Exotic and others in the “big cat” industry (Myrtle-Beach-based Doc Antle is similarly off his rocker), now seems as good a time as any to shine a light on the greatest sports tigers of all-time. Not literal tigers, of course (though it did cross my mind to include Mike Tyson’s feline companion on this list), but rather athletes who have starred on tiger-themed sports franchises and college teams that derive their name from the jungle’s foremost predator. Shall we? 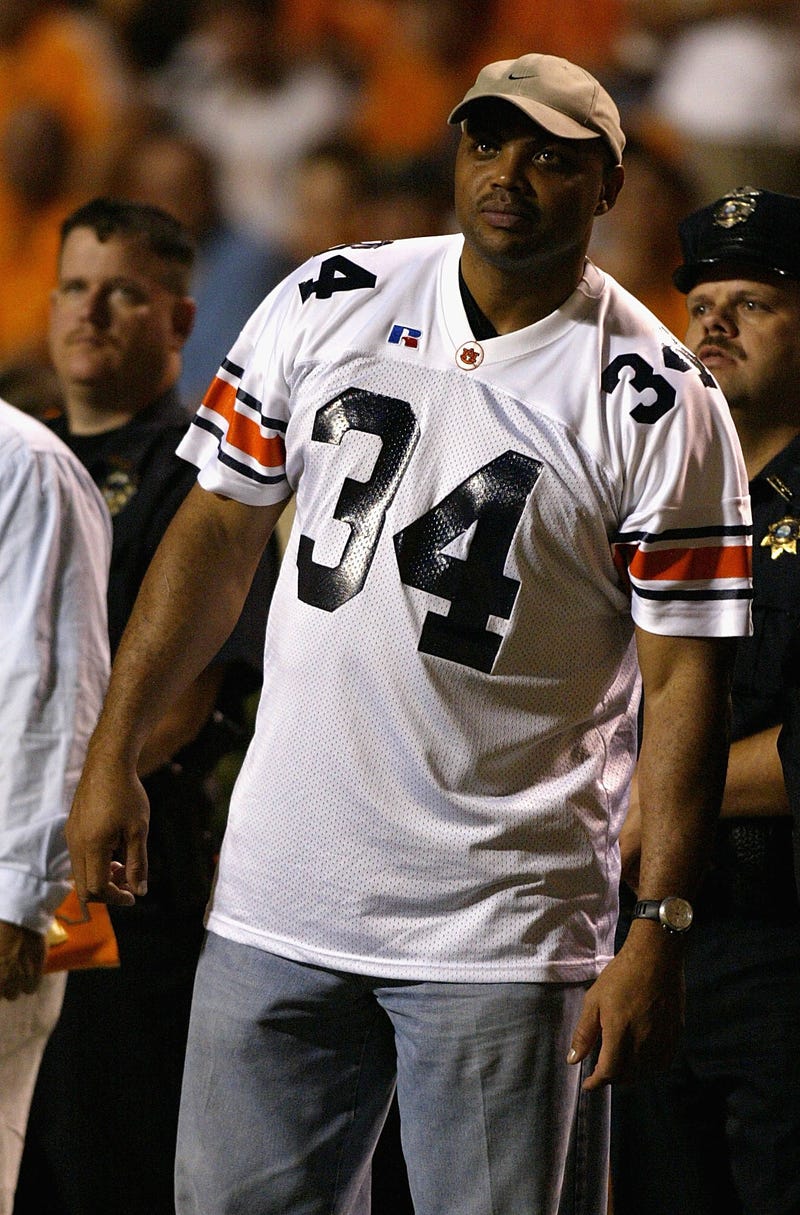 Who better to kick off our list than NBA legend Sir Charles, a Leeds, Alabama native who played his college ball at nearby Auburn? Chuck’s beloved Auburn has never been a hoops powerhouse, though the Tigers have been on the upswing of late with Bruce Pearl atop the team’s chain of command. Barkley’s signature Southern drawl and his penchant for bickering with fellow TNT talking head Shaquille O’Neal (more on him in a minute) have been sorely missed with the NBA on hiatus over the past several weeks. Hopefully the Round Mound of Rebound is using his time off to revamp his cringe-worthy golf stroke. 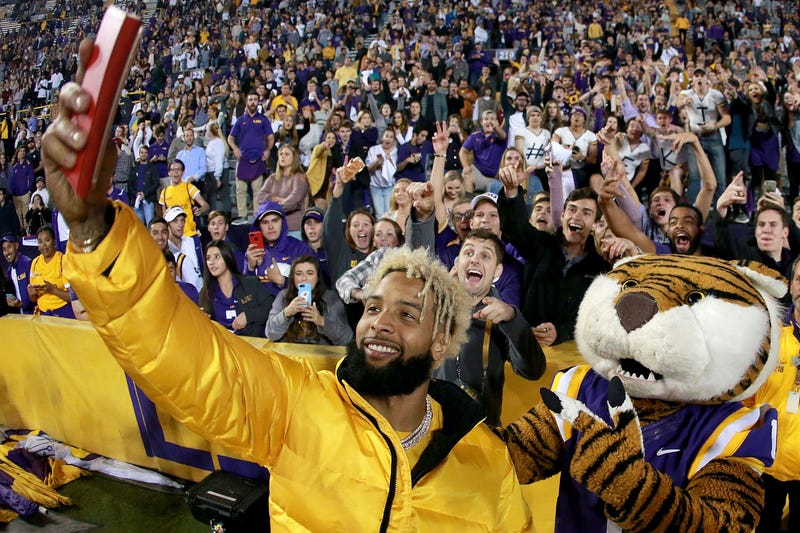 Before Odell began hauling in fingertip catches or waging war with kicking nets in the NFL, the New Orleans native got his start as an LSU Tiger, sharing the field with future Browns teammate and fellow Louisianan Jarvis Landry. OBJ has always had a soft spot for his alma mater, supporting the Tigers (and even getting himself arrested) during their title run this past season. Beckham’s career has stalled as injuries have taken their toll, though the uber-talented 27-year-old can still ball with the best of them, clearing the 1,000-yard barrier for the fifth time in his career in 2019 despite being hobbled by a painful sports hernia. 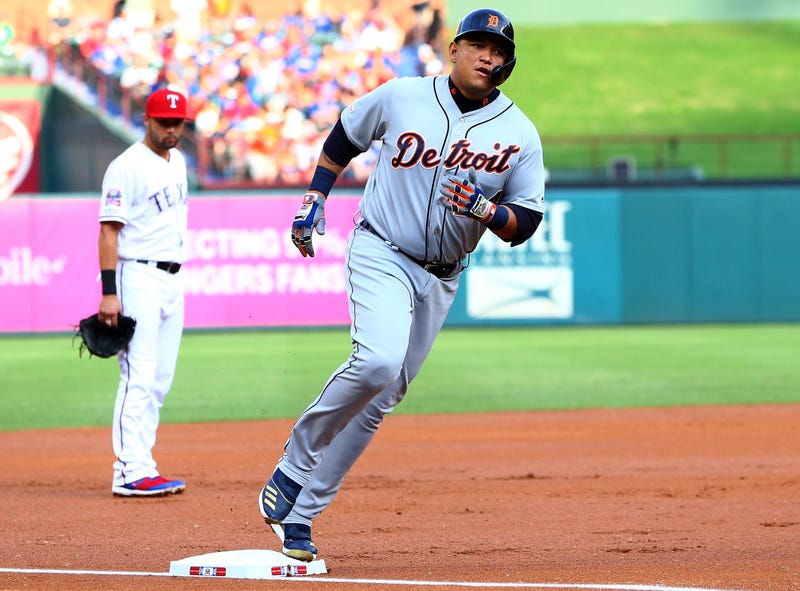 Pop quiz: how many players in MLB have hit for the Triple Crown in the past half-century? Just one—two-time American League MVP Miguel Cabrera. The high-octane slugger has Hall of Fame written all over him and though he’s never led Detroit to the promised land (Miggy did guide the title-starved Tigers to an AL pennant before the Giants swept them in the 2012 World Series), Cabrera has already established his Motor City legacy. The 11-time All-Star is coming up on a number of career milestones with 500 homers (he’s 23 away) and 3,000 hits (185 to go) both coming into clearer view. 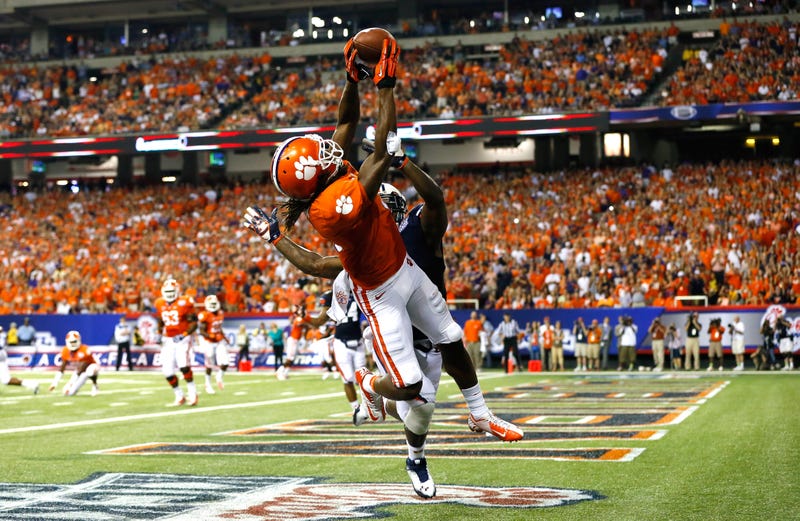 Clemson has been a receiver factory in recent years, producing household names like Sammy Watkins, Mike Williams, Martavis Bryant, Adam Humphries and Hunter Renfroe just to name a few. But Hopkins stands as the cream of Clemson’s pass-catching crop, a transcendent talent with four All-Pro selections (including three first-team nods) to his NFL credit. Among the most sure-handed players in the sport, Nuk didn’t drop a single one of 163 targets during his landmark 2018 (115-1,572-11 receiving line). The former Texan will be playing with a chip on his shoulder this year after Houston stunningly traded him to the Cardinals in exchange for the washed-up likes of David Johnson. If Kyler Murray didn’t have a go-to receiver before, he sure does now. 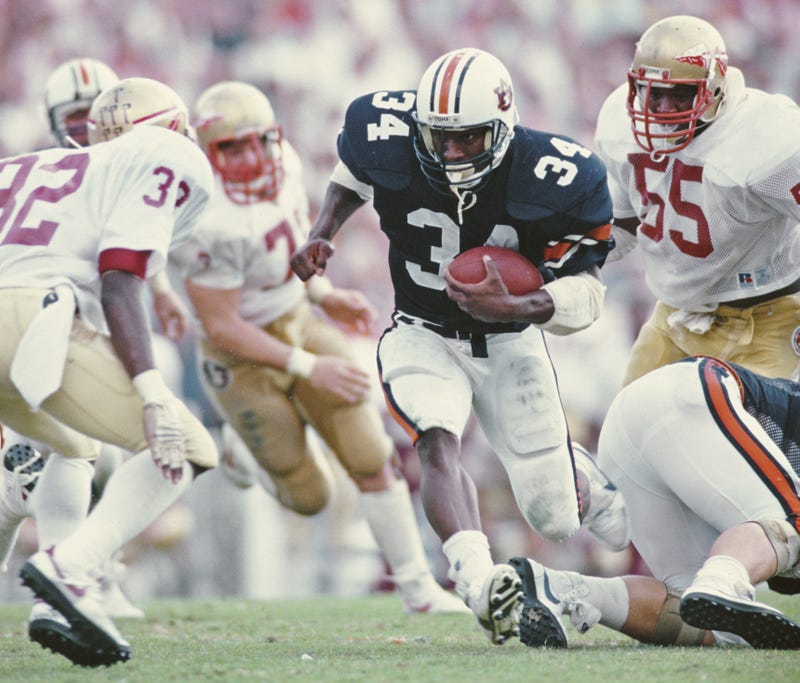 A debilitating hip injury cut short Jackson’s career on the gridiron, but even if his NFL stay was a short one (he spent a mere four years in Raiders silver and black), Bo’s stint in the Black Hole was plenty memorable, culminating in his 1990 Pro Bowl appearance. Arguably the greatest multi-sport athlete of all-time, the former Heisman winner stands as the only player to achieve All-Star status in two major sports (he took home MVP honors while representing Kansas City at the 1989 MLB All-Star Game). Even if you’re too young to remember Bo’s college years or the time he snapped a Louisville Slugger over his leg like it was a toothpick, know this—Jackson’s iconic No. 34 will never be worn at Auburn again. Nor should it be.

No one played the game with as much flair as Pistol Pete, a Louisiana legend who averaged over 44 points per game during his varsity career at LSU. The Bayou has produced plenty of great hoopsters but none compare to Maravich, whose NBA exploits included five All-Star appearances, 15,948 career points and a 1977 scoring title, the latter accomplishment achieved while a member of the New Orleans Jazz. Maravich was the Tiger King long before the Wynnewood Exotic Animal Park opened its doors. 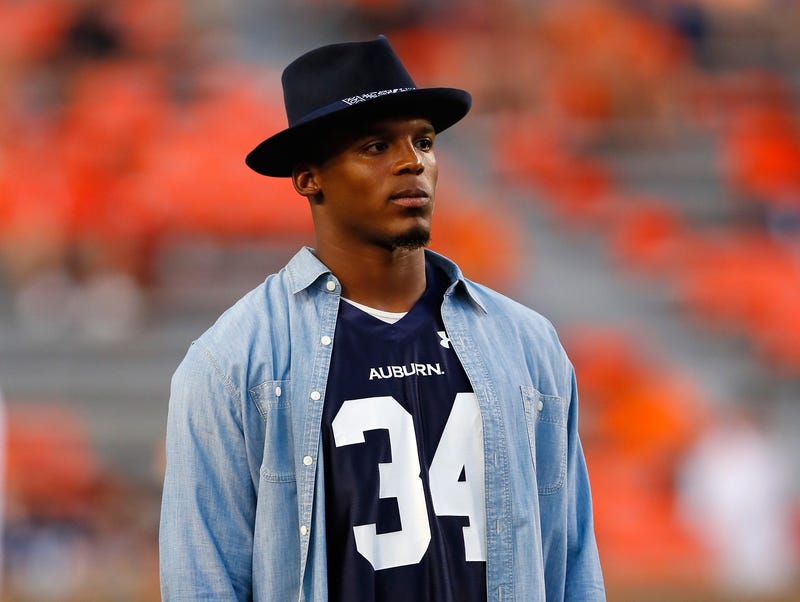 Cam only spent a year at Auburn, but that was all the time he needed to lead the Tigers to their fifth national championship and first of the current century. The runaway Heisman winner, Newton parlayed his phenomenal run at Auburn into a top overall selection at the 2011 Draft. Newton’s career has had its share of stops and starts—the Panthers pink-slipped him earlier this month—but when the going gets tough, the one-time MVP always make it out the other side. A War Eagle through and through, Newton has never forgotten his Auburn roots, returning to his alma mater whenever he gets the chance. 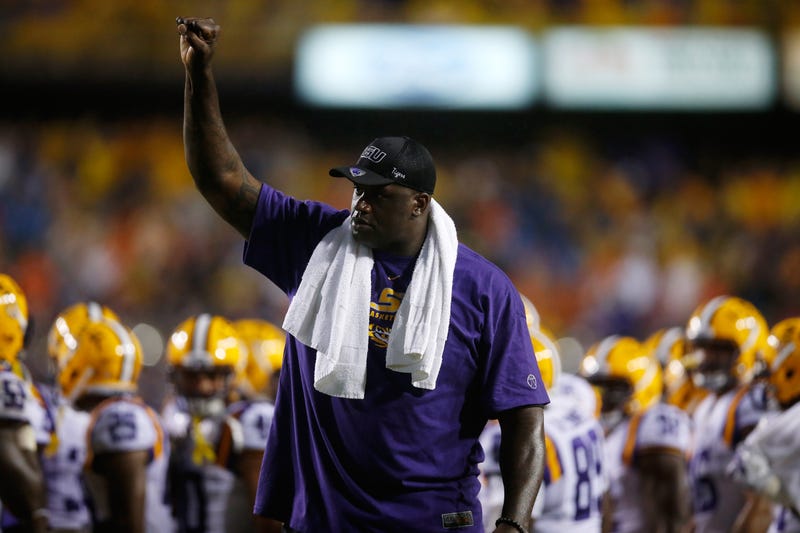 The Big Aristotle was as dominant as any center we’ve seen in recent memory, bullying his way to 28,596 points (10th all-time) over his 19-year career. The 7’1” goliath was too big to disappear from the spotlight, moonlighting as a DJ, actor, television spokesperson (you’d be hard-pressed to find a product Shaq doesn’t endorse), law-enforcement officer and sparring partner for Charles Barkley on TNT since his NBA retirement. O’Neal was a Baton Rouge fixture in the early 90s, leading the Tigers to NCAA Tournament appearances in each of his three seasons in purple and gold. Ironically, those are the same colors he would sport as a three-time NBA champ with the Los Angeles Lakers. How’s that for foreshadowing? 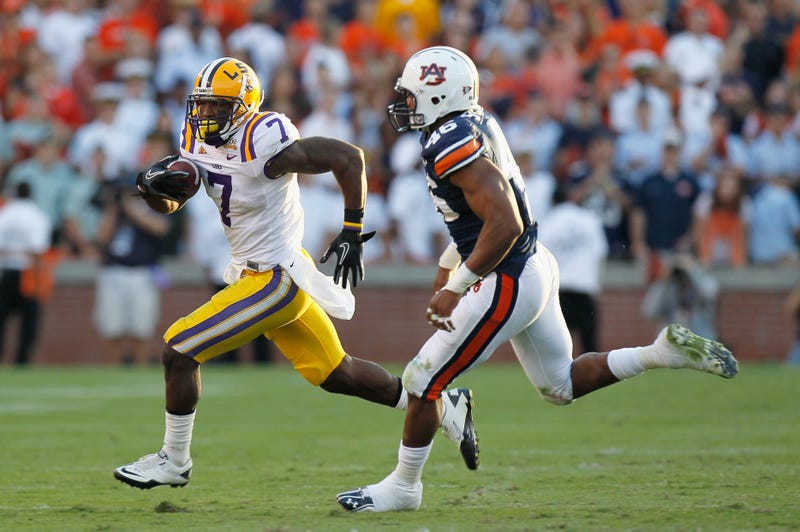 A mainstay in the Cardinals’ secondary, Peterson garnered Pro Bowl status in each of his first eight seasons before last year’s suspension-abbreviated 2019 spelled an end to that streak. It can’t be just a coincidence Peterson chose to play under Les Miles at LSU after competing as a “Mighty Tiger” at Blanche Ely High School in Pompano Beach, Florida. Is it possible Charlie Sheen was actually referring to Peterson in his famous tiger blood rant (#winning)? I doubt it, but the 29-year-old certainly earned his stripes as a two-time All-American at LSU. 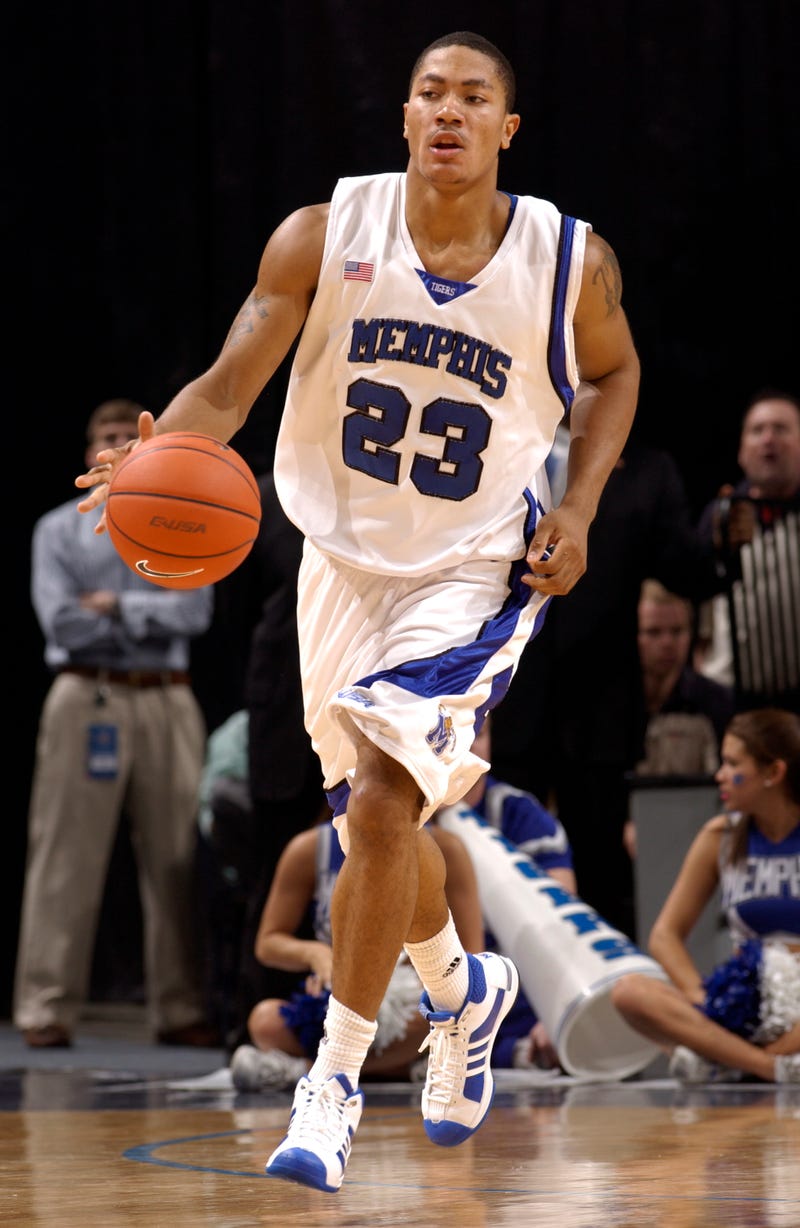 Rose wore the Memphis blue and gray better than most, nearly leading the Tigers to a national title (though it wouldn’t have counted anyway after he was deemed academically ineligible) in his lone collegiate season. Grading scandals aside, Rose was a behemoth in March Madness, averaging a robust 20.8 points per game during the Tigers’ tournament run. Injuries have compromised Rose—still the youngest MVP in league history—in recent years, though the Pistons guard was averaging a respectable 18.1 points per game (his highest mark since 2012) before the season was interrupted by COVID-19. 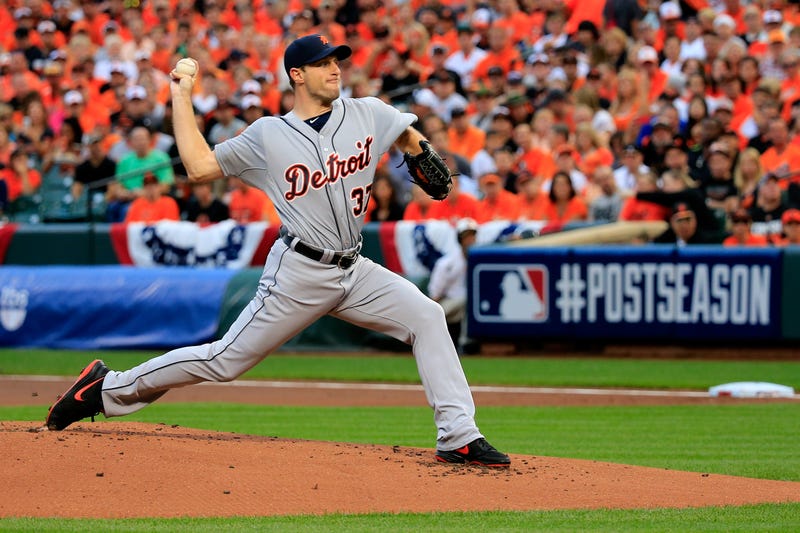 Mad Max is an apex predator on the diamond, stalking his prey with high 90s cheese and his unnerving mound mannerisms. There should be a plaque waiting for Scherzer in Cooperstown when the three-time Cy Young winner decides to hang ‘em up. And if there was a Big Cat Hall of Fame, he’d be a member of that as well owing to successful tenures with Mizzou and later the Detroit Tigers. Scherzer turns 36 this summer (that’d be like 1,000 in cat years), but the Nats ace is still going strong as evidenced by last year’s third-place finish in National League Cy Young voting. 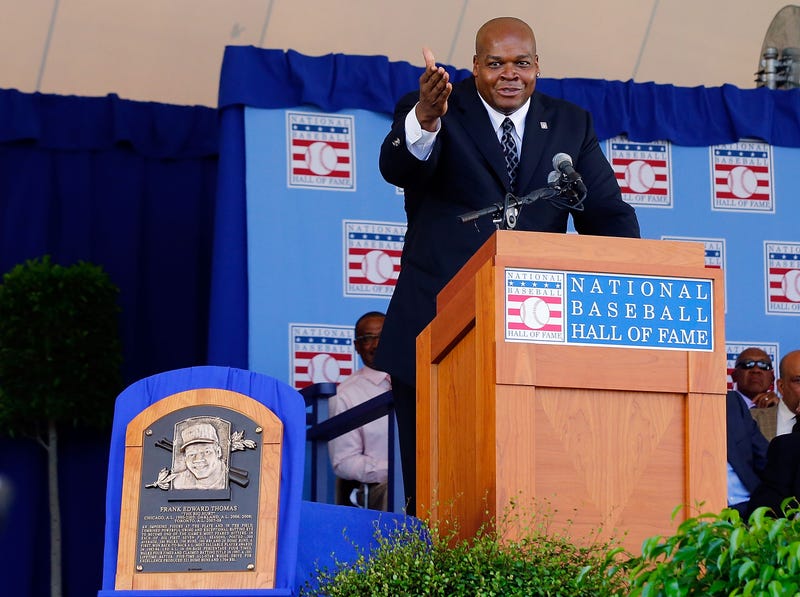 Other than Bo Jackson, Thomas might be the most famous slugger to come out of Auburn, finishing his 19-year major-league stint with career totals of 521 home runs (tied for 20th all-time) and 1,704 RBI (25th). The Big Hurt boosted his big-league credentials by supplying five seasons of 40-plus homers including a 41-spot in 1993, the year he won the first of his two MVP awards. A first-ballot Hall-of-Famer, the former Auburn standout was a key contributor to the White Sox’s World Series team—the franchise’s first title in nearly a century—in 2005. 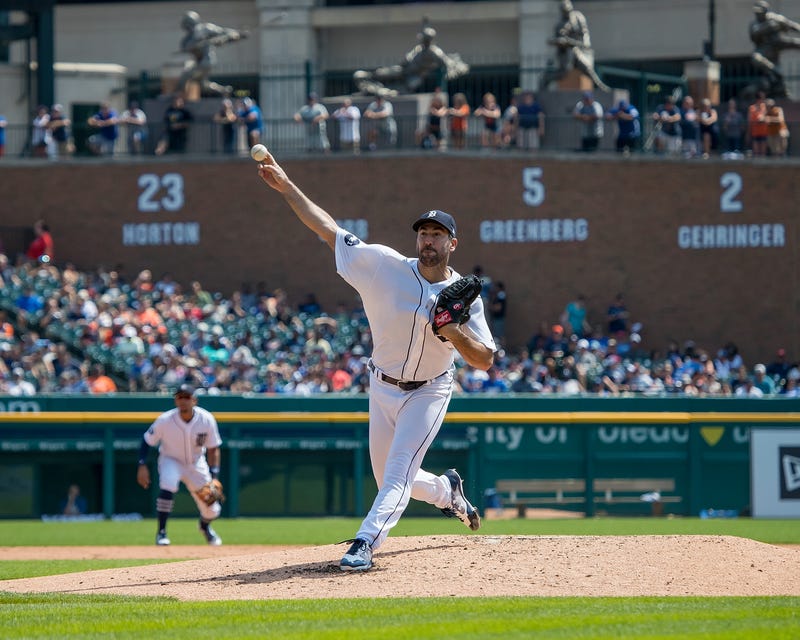 Eight All-Star invites, three no-hitters, two Cy Youngs, an MVP award, a World Series title—what’s left for Verlander to accomplish? The right-hander’s career, a road that will undoubtedly end with his enshrinement in Cooperstown, has been full of successes, most of them achieved while donning Detroit Tigers blue and orange. Kate Upton’s beaux compiled 183 victories during his Tigers tenure while also logging 2,373 punch-outs, second to only Mickey Lolich among Detroit hurlers. Verlander’s college years were spent at Old Dominion in his native Virginia. Was their mascot a tiger? You bet. 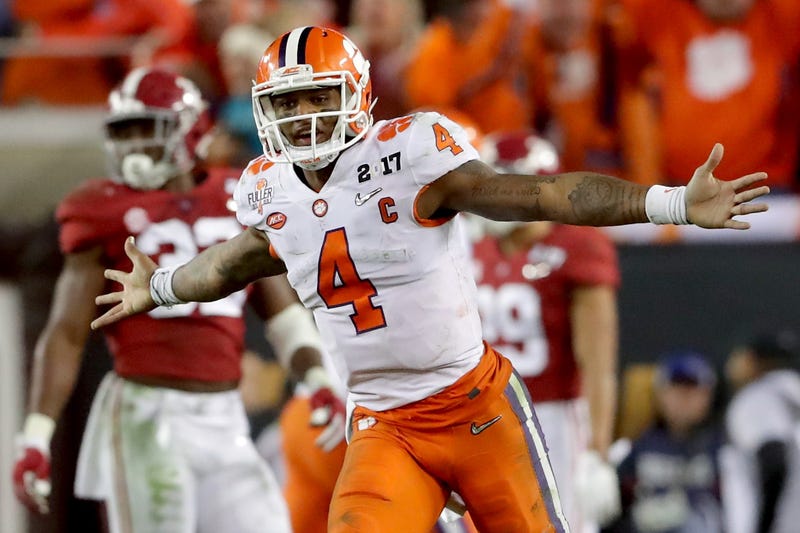 Another Tigers great, Watson will forever be acknowledged as Clemson royalty after leading the ACC juggernaut to a stunning upset of top-seeded Alabama in the 2017 NCAA National Championship. That ended a 35-year championship drought for the Tigers, who added another title to the school’s trophy case with freshman prodigy Trevor Lawrence at the controls in 2019. Watson has since gone on to a successful NFL career with Houston, giving the Chiefs (the eventual Super Bowl champs) a scare in the Divisional Round this past season by staking the Texans to an early (albeit short-lived) 24-0 advantage in KC. 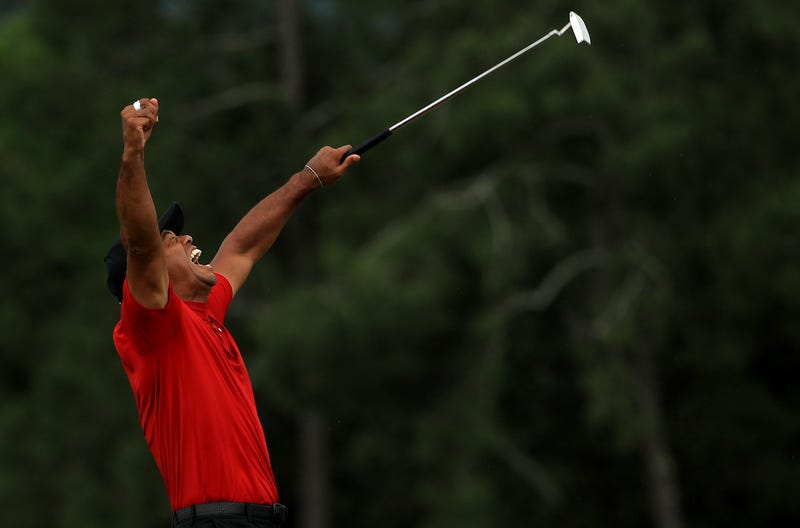 There’s never been a more captivating golfer than the incomparable Woods, a 15-time major champion who was near-unbeatable during his athletic prime. Tiger’s chip-in on 16 in 2005 still gives me goose bumps. Who didn’t shed a silent tear when Woods completed his improbable career comeback by winning last year’s Masters? Sure, he missed the cut at Bethpage a month later (meaning he was long gone by the time I arrived for the final round on Sunday), but Woods’ clinching putt on 18 at Augusta will always stay with me. On the links, there will never be a cooler cat than Eldrick Woods.