One of Tiger Wood's cubs is already following in his dad's footsteps.

Charlie Woods, 11, is set to make his debut in a televised golf tournament alongside his father next month.

The pre-teen will hit the links with his legendary dad at the PNC Championship, a parent-child pro-am, beginning Dec. 19 in Orlando, Florida, the tournament announced on Thursday.

Tiger said the prospect of playing with his son is "incredible."

“I can’t tell you how excited I am to be playing with Charlie in our first official tournament together,” Woods said. “It’s been great watching him progress as a junior golfer, and it will be incredible playing as a team together in the PNC Championship.”

The tournament has been staged since 1995, according to the Associated Press, and traditionally pairs major champions with their sons, though some players have invited parents.

Players from the women's tour, such as Annika Sorenstam, have also appeared. Sorenstam, who retired with 10 major titles, was set to play with her father this year, according to AP.

Charlie Woods turned heads this summer with a strong showing in a kids' tournament in Florida, reportedly needing only 33 strokes to get through 9 holes. Tiger served as Charlie's caddie for the tourney, which he won by a comfortable 5 strokes.

In August, Tiger told GolfTV that Charlie was beginning to get the golf bug.

“He’s starting to get into it,” Woods said. “He’s starting to understand how to play. He’s asking me the right questions. I’ve kept it competitive with his par, so it’s been just an absolute blast to go out there and just, you know, be with him. It reminds me so much of me and my dad growing up.”

Charlie's public exposure until now has been relatively limited, mostly to occasional appearances at his father's tournaments. He was at Augusta National for the final round of the 2019 Masters, when Tiger claimed his first major in 11 years and first green jacket since 2005. 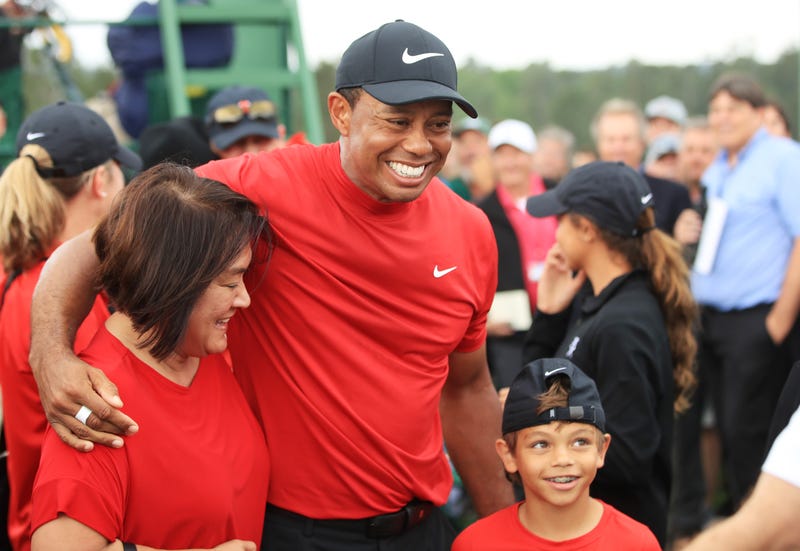 The tournament's executive director, Alistair Johnston, said he has long been angling for Woods to play with his children, and is pleased to see it finally come to pass.

Tiger was concerned about whether Charlie was too young, Johnston said, but he assured him that other players such as Seve Ballesteros and Bernhard Langer had previously played with their kids at similar ages.

The PNC Championship is held at the Ritz-Carlton Golf Club in Orlando. The event was set to be broadcast by NBC.