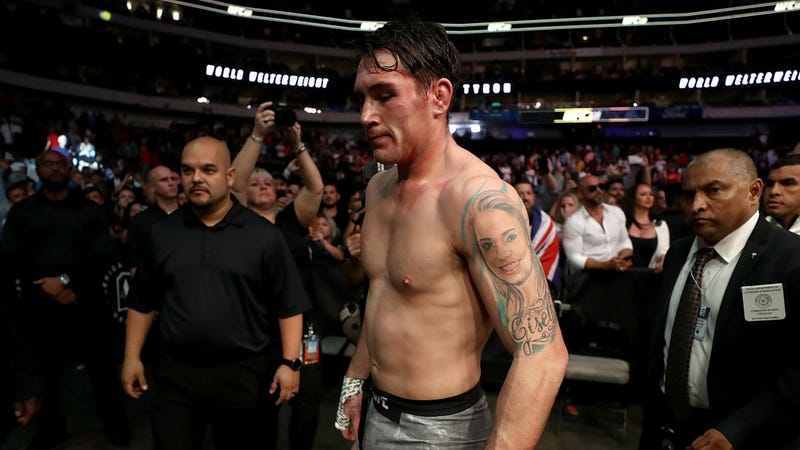 UFC returns to London on Saturday with a slew of great fights at UFC Fight Night 147, including budding English star Darren Till looking to put on a show for his home crowd.

UFC seemed to have set up Till perfectly for star-making turn last May. The undefeated fighter faced two-time former title challenger and world-class striker Stephen Thompson in the main event of UFC Fight Night 130 in Till's hometown of Liverpool. But Till struggled with a harsh weight cut (they fought at a catch weight instead), had to deal with personal issues during fight week and barely edged Thompson in a five-round split decision.

It wasn’t smooth, but Till's win over Thompson shot him up the UFC welterweight rankings and into a title fight against then-champion Tyron Woodley at UFC 228. But Woodley showed the 26-year old Till how much he had to learn, disposing of the challenger with a huge punch that was followed by a submission to seal a dominant win.

Now, similar to his fight last May, Till will fight in front of a partisan crowd, this time at London’s O2 Arena against former YouTube sensation Jorge Masvidal.

These two fighters possess the skill sets and “stand and bang” styles that build highlight reels. How's this for back stories? Till once was stabbed in a nightclub; Masvidal fought on the streets of Miami for a few bucks. Because of their unorthodox rises in MMA, many pundits expect a dog fight. Till has promised to finish Masvidal early and return to his winning ways. It would be the first time in nearly 11 years that Masvidal has been finished via strikes. A win over Till, on enemy turf, would catapult the 34-year-old Masvidal's career. The young Englishman will get it done, but not without using some elbow grease.

Prediction: Till, via decision

The co-main event is a chance for two talented welterweights to show who’s ready for top-10 opponents. Nelson, a native of Iceland and a longtime teammate of Conor McGregor, is one of the best grapplers to come out of the region. He will try to contend with Edwards’ speed and patient boxing. Edwards, from Birmingham, England, hasn't fought since he notched the biggest win of his career against Donald Cerrone last June. Edwards' confidence will be sky-high. Look for the calm-under-pressure Nelson to shut down Edwards' striking with a swarming takedown that will lead to heavy ground work and a victory.

Oezdemir, a former title challenger, will face the undefeated Reyes in a fight that will put the winner on the cusp of a title shot. In 2017, Oezdemir shot up the rankings with three straight victories, including two knockouts under 45 seconds that earned him the nickname “No Time.” Fast-forward a year and the Swiss native looked lost in one-sided beatdowns from Daniel Cormier and Anthony Smith. Suffering a loss to the fast-rising Reyes would be devastating. Reyes, 29, is a former college football standout who is oozing with confidence. A win over a top opponent would cement his place as a top-five light heavyweight. Expect a knockout, and expect Oezdemir to bounce back in a big way.