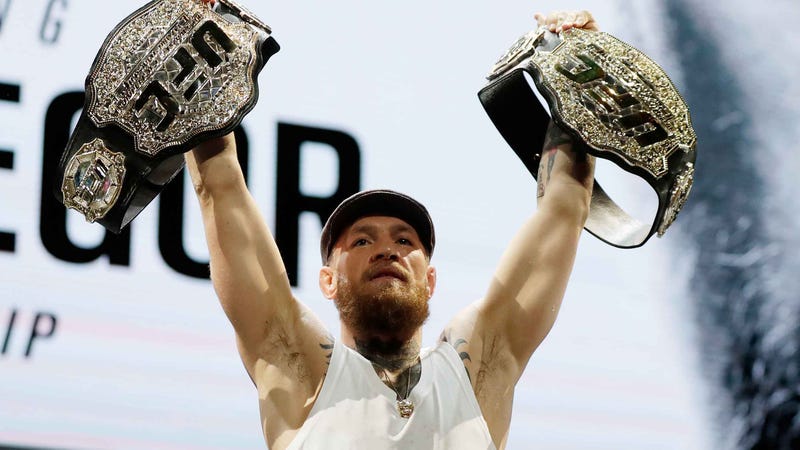 From 2001-15, UFC president Dana White was not just the brains behind the fastest-growing sport in the world but the public face of the company. Until Conor McGregor took center stage.

It’s difficult to put McGregor's combat sports career in the proper perspective considering his recent defeats (to Khabib Nurmagomedov in UFC, to Floyd Mayweather Jr. in a boxing spectacle), legal issues (arrests in the United States for assault and robbery, a sexual assault investigation in Ireland) and "retirement," but the man helped put UFC on the map for casual fans better than any fighter before or since.

Now, though it is not talked about much, UFC is trying to find the next superstar to represent the brand. This fighter should not only be an amazing fighter and champion. He or she must know how to use a microphone and must steer clear of bad publicity. Due to the broadcast deal with ESPN era, the next marquee UFC fighter could become a global superstar even quicker than McGregor did.

Here is an overview of some of the (male) UFC fighters who have started on their ways to becoming a global superstar, with a pass/fail grade for how they're doing:

At UFC 212, Holloway won his first belt at featherweight, which is one-third of the climb to McGregor status (win first belt, win second belt, pop-culture megabout). He defended that belt twice, but fell short of Step 2 when he failed lost an interim lightweight title fight at UFC 236. Fail.

Ortega was on track to become a huge star with huge marketability ... until he got dismantled by Holloway at UFC 231 last December. Ortega, 28, has it all -- starting with the skills and the looks -- but failed to capitalize in the biggest fight of his career. Fail.

Adesanya, aka “The Last Stylebender,” won the interim middleweight title at UFC 236 and won the respect of the entire fight community with his fifth-round heroics. The 29-year-old New Zealander has a sparkling 6-0 record in his first 14 months in UFC combined with great speaking abilities. If Adesanya comes through the middleweight unification fight against Whittaker, he will be in complete control of his UFC destiny. Pass.

Was the Fight of the Year award just settled in April?

Nurmagomedov is in a position of power. The lightweight champion delivered a shutdown performance over McGregor last fall to preserve his undefeated record, and has a built-in Russian/Muslim fan base. If Nurmagomedov can stay undefeated against Poirier, it might be a long time before we see the mauling wrestler dethroned. Pass.

The British native can talk like McGregor and could fight to back it up -- at least for a while. After two consecutive lopsided losses and recent reckless behavior, we may not see the young knockout artist until 2020, and that may be at middleweight after the struggles at welterweight. Fail.

OUT OF NOWHERE! (via @espnmma)@GamebredFighter lowers the boom in London pic.twitter.com/KLCRzPehL2

The 28-year-old Brazilian striker with the matinee-idol looks hasn't had opponent who could touch him, expect for the drug testers: He popped for PEDs. He continues to deal with the fallout. Fail.

Iaquinta, 31, has become the next standard-beared for Long Island MMA, and has been taken under the wings of former UFC champions Matt Serra and Chris Weidman and UFC light heavyweight Gian Villante. He's also a full-time real estate agent. Up next is the winningest UFC fighter of all time, “Cowboy” Cerrone, on May 4. Pass.

Covington is his own worst enemy. The trash-talking Oregon native is looking to make amends with UFC and schedule a fight soon after a series of failed negotiations. Covington, 31, has lost a ton of momentum since winning the interim UFC welterweight title in June 2018. Incomplete.